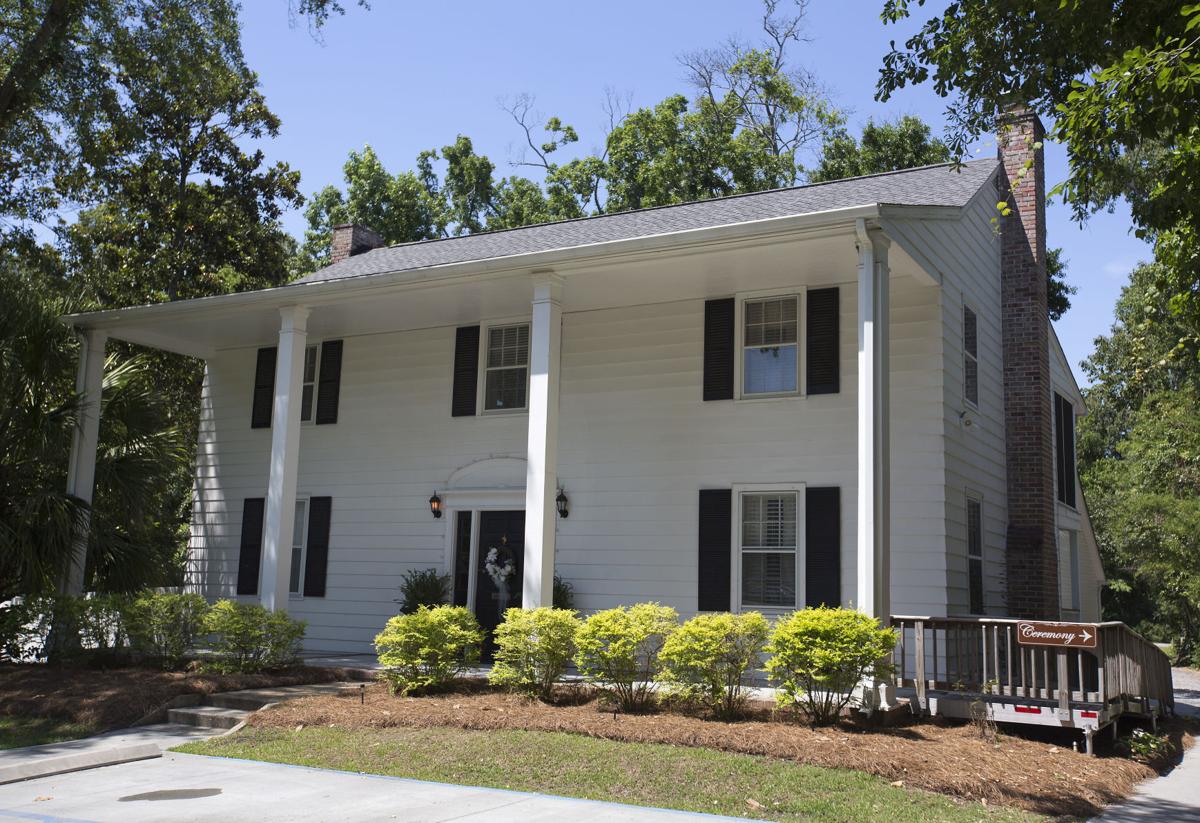 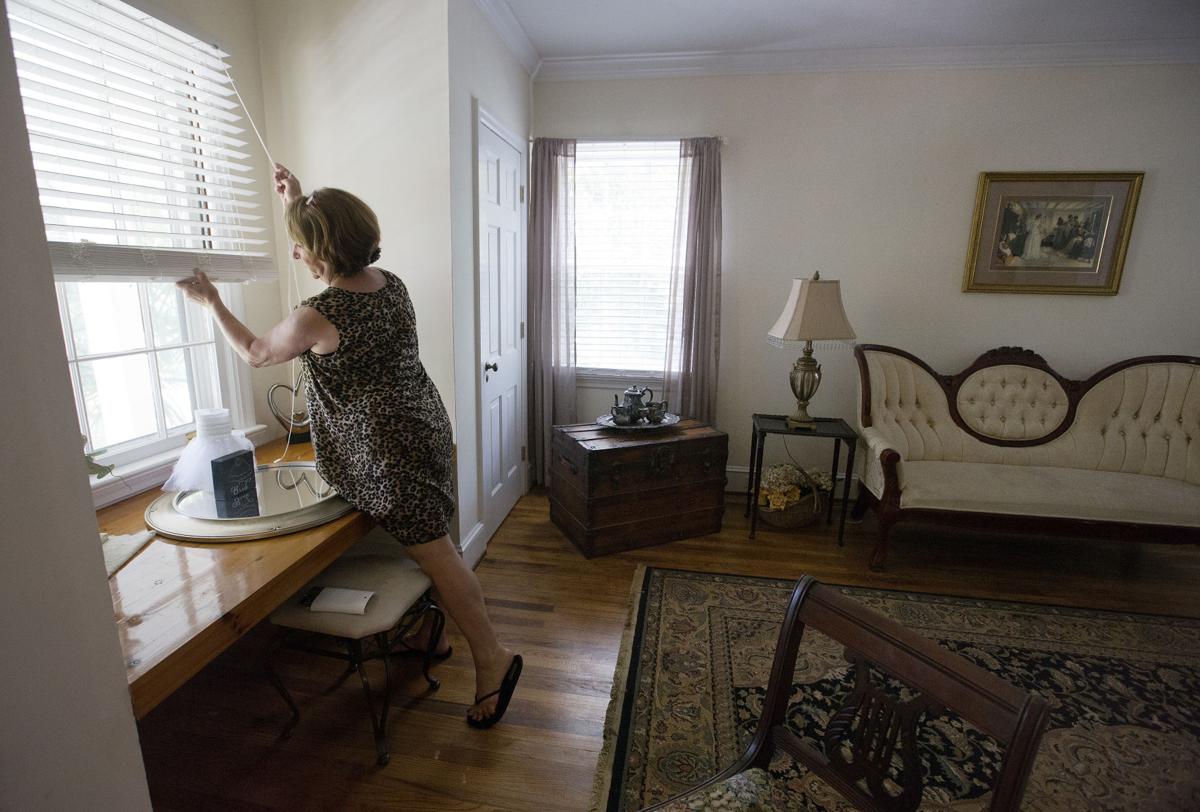 Owner Mary Wilson sets up the bride room inside the 1940's era home that is part of The Arch, an event venue Monday, June 17, 2019. Grace Beahm Alford/Staff 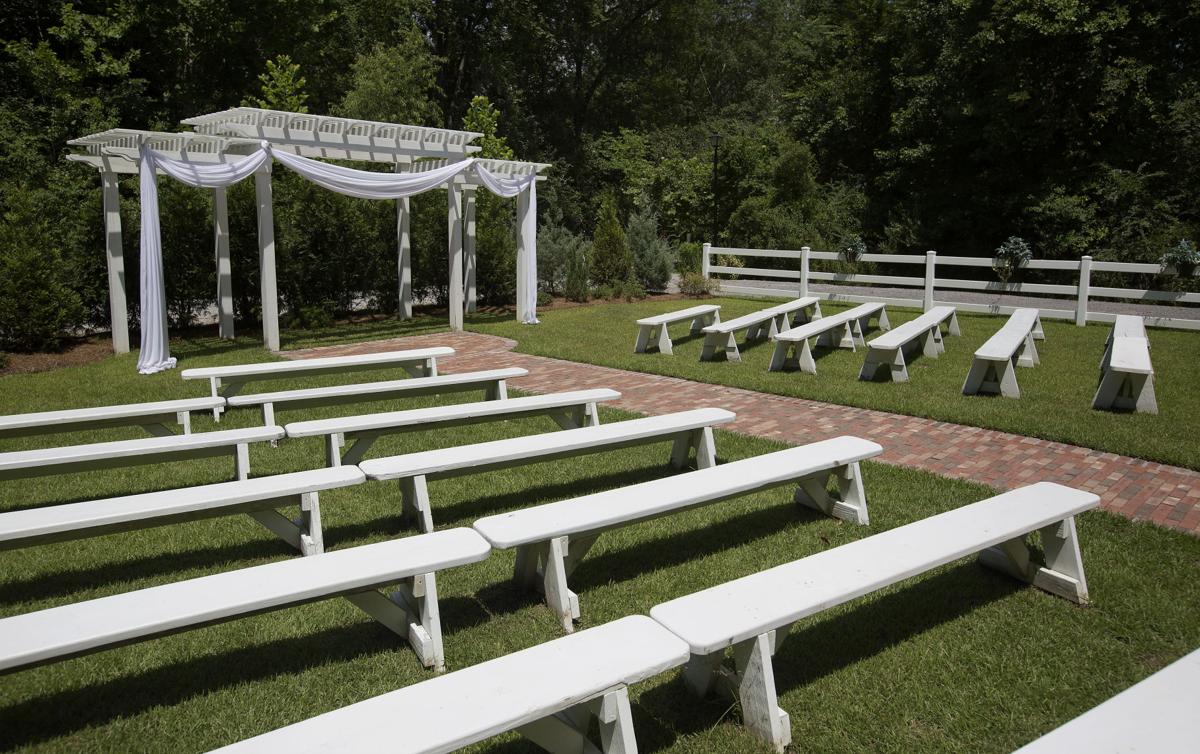 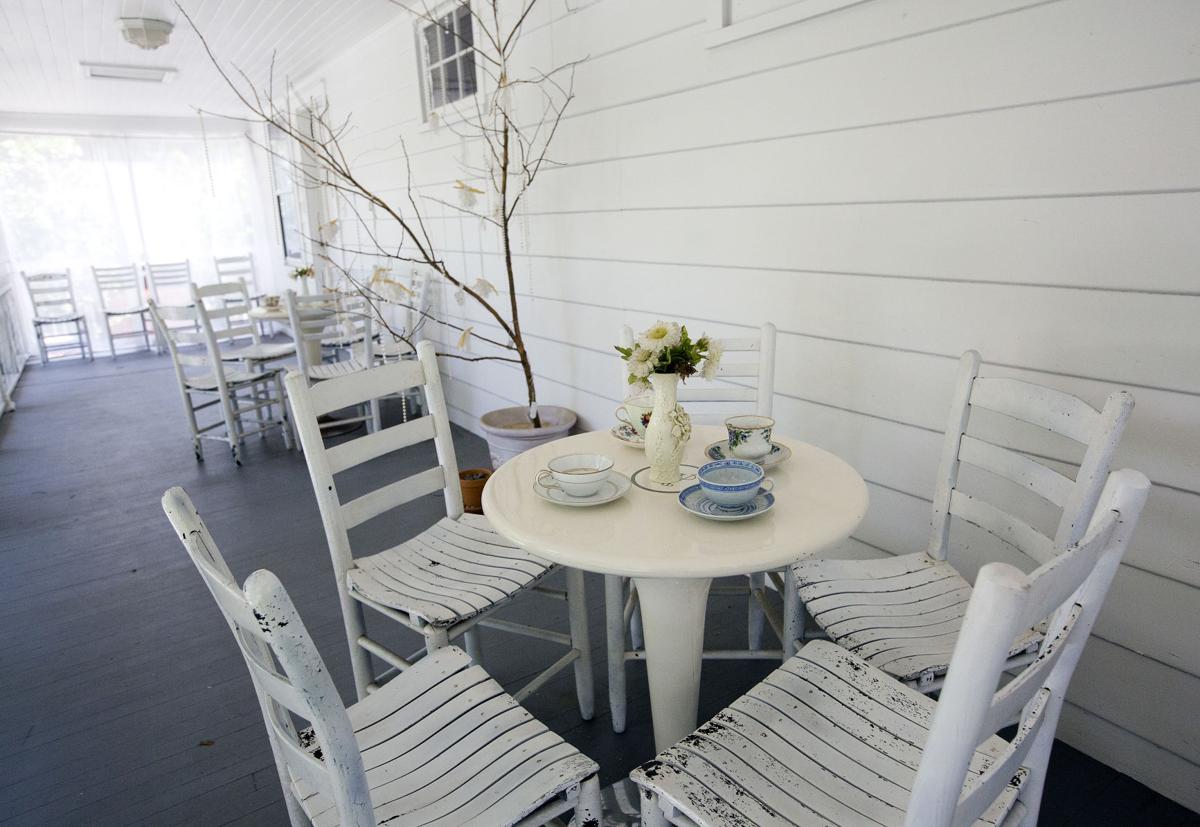 The porch off of the bridal room at The Arch, an event venue in Moncks Corner part of the historic house built in the 1940's. Monday, June 17, 2019. Grace Beahm Alford/Staff 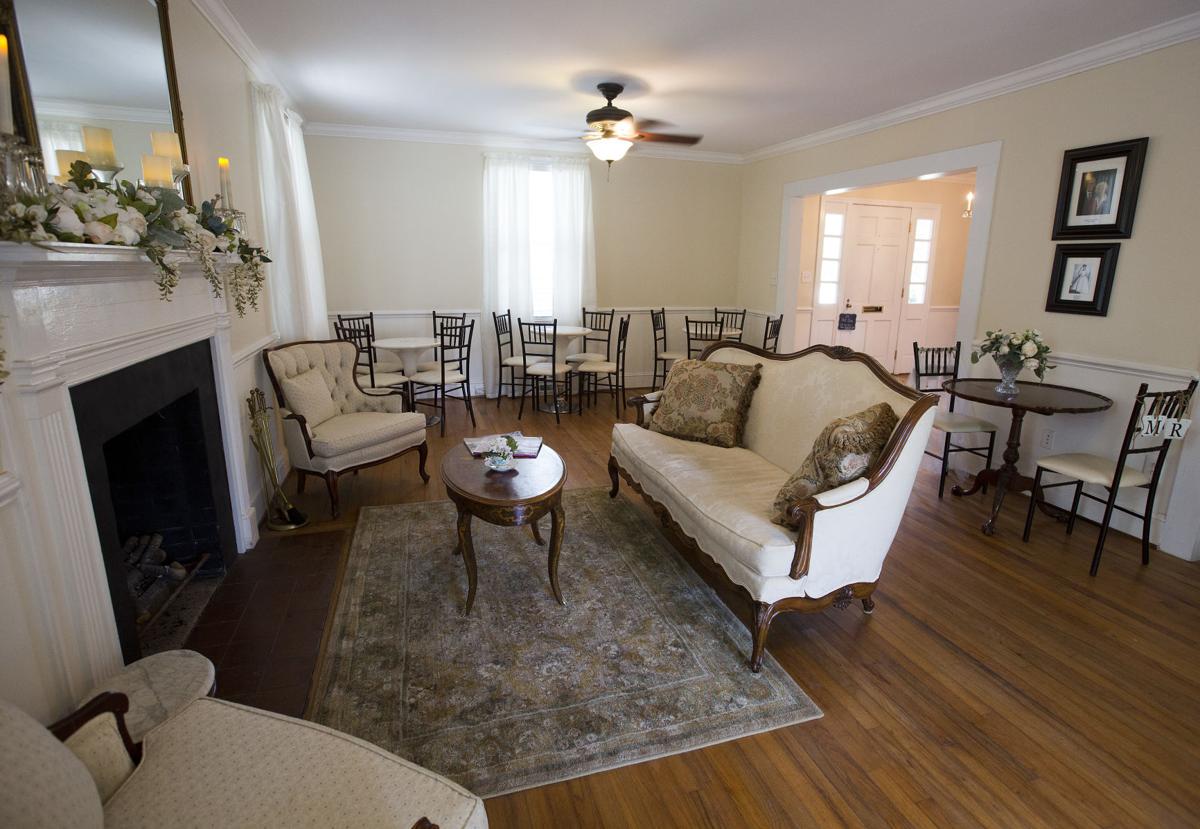 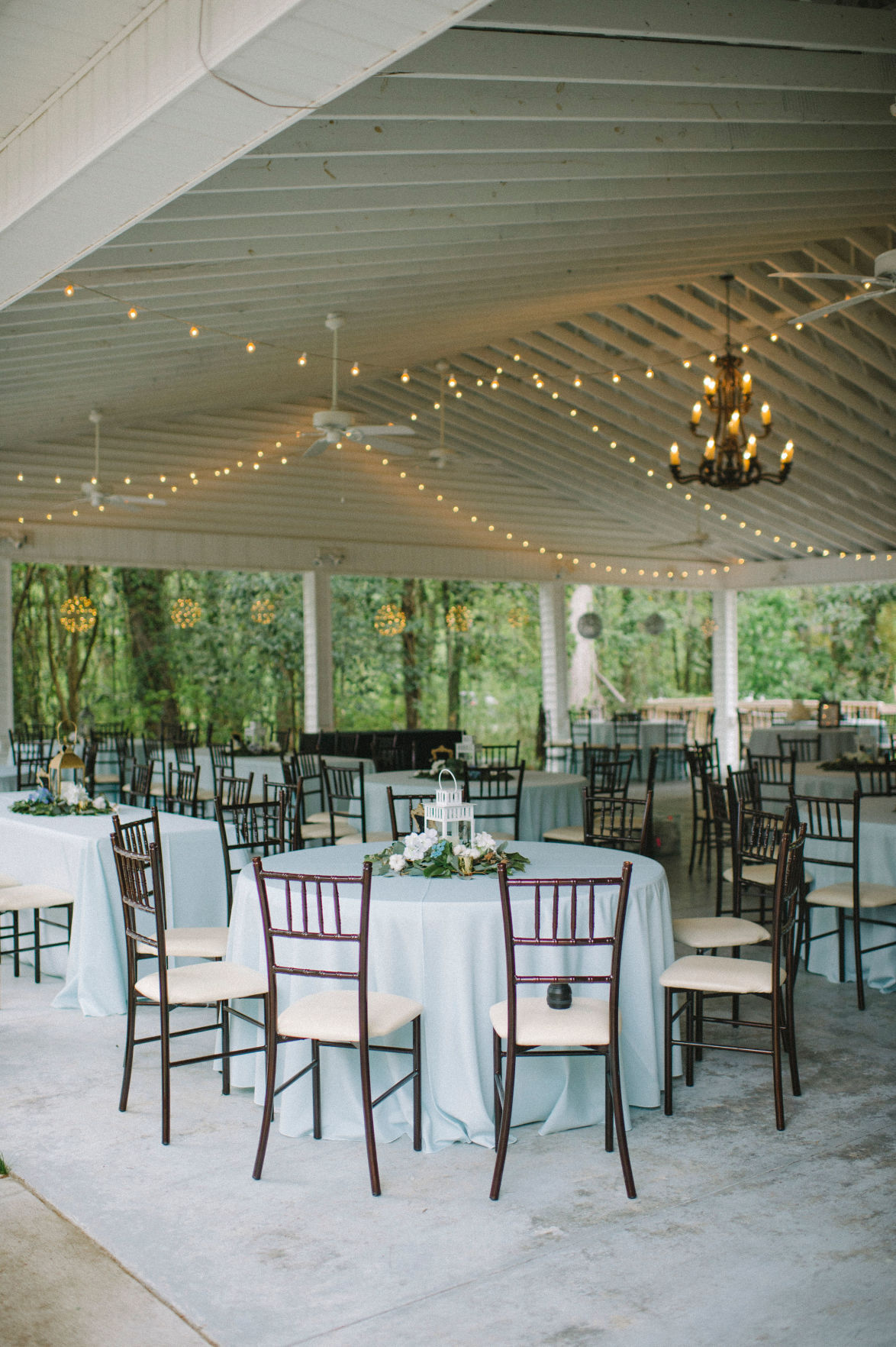 Since "The Arch" opened in the last five years, it has been given the "Couples Choice" award on weddingwire.com the past two years as well as "Best Venue" by the Berkeley Independent. Provided

Mary Wilson doesn't like to think of herself as being in the wedding business.

The Berkeley County native worked in the banking industry for more than 20 years before she veered into catering. After serving at many venues, she was tired of seeing the shortfalls on a bride's special day. So she decided to take matters into her own hands.

"I'm in the business of making memories," Wilson said. "I've lived in Berkeley County all my life, and I stumbled into this industry on a wing and a prayer."

In 2014, she purchased a 1940s Moncks Corner home and turned it into "The Arch," an all-inclusive wedding venue that has earned local awards for providing ceremonies in a historic and eclectic setting.

After the Great Recession, the Charleston visitors bureau began marketing the city as a destination for weddings in cities across the country.

But Wilson's venue stands out. She has actually maintained a relationship with members of the family that built the house, and she has tried to reflect their past in each event.

No detail has been missed. There's a suite for the bride and her wedding party to get ready. There is a balcony where the soon-to-be newlywed can look out at a canopy of oak trees that cover the wedding gardens as well as the open air pavilion and an outdoor fireplace, all to be used for her special day.

What it costs to get married at 20 Charleston wedding venues

"I saw the need for a place in Berkeley County, because we didn't have it," Wilson said. "I wanted a place where both families can come together and sit and relax."

While she is happy to have renovated the property into a venue, the mother of two is also deeply interested in learning more about the home's history. She even invited the children of the original owners to come back at the end of June to see how it has evolved into a wedding destination.

"Being that I am sentimental, I wanted to know more about the Spann family," Wilson said. "I asked around, researched, and I am very excited the family is returning home June 29 for a coming home celebration."

Wedding caterers in Charleston whose food has impressed

The Spann family purchased the property off West Main Street in Moncks Corner in 1939. The following year, the family built a two-story home. Jack Spann, a civil engineer in the county, and his wife Grace, a piano instructor and French teacher, raised their three children there.

Donald Spann, one of their sons, was born in 1943 at the hospital across the street. When his parents moved in the 1970s, he bought the house from them.

He remembers the living room where his mother taught piano to local children. He admired the innate southern charm his father put into the home's construction.

And as it turns out, long before Wilson turned the home into a wedding venue, the Spann family actually celebrated a marriage of its own on the property. On June 30, 1960, the Spann's daughter, Linden, had her reception on the front lawn.

How to book "The Arch"

What: An all-inclusive wedding venue, complete with gardens, dinning halls and reception rooms.

Cost: Packages can range anywhere from $300 to $2,800, depending on what day of the week and what rooms the wedding requires.

It's that family element that Wilson said she wants to incorporate into every wedding at "The Arch." She has even named one reception area, "The Spann Room," which can hold up to 50 people standing for more intimate occasions.

"It's peculiar to see your childhood home turned into a wedding venue," Donald Spann said, "but we're thrilled that Mary is investing in the history of the home."

Wilson's favorite part of the home is "the memory room." Attached to the upstairs balcony, the room is meant for special moments such as a one-on-one between the bride and her father or a chance to pray and reflect before the ceremony.

"It tugs at the heart," Wilson said. "On one occasion, we put up a picture of one bride's father who recently passed away so she could have a special moment alone."

These sorts of special touches have paid off. In the five years since "The Arch" opened, it has been given the "Couples Choice" award twice from weddingwire.com and was also named "Best Venue" by the Berkeley Independent.

Despite being 40 miles from downtown Charleston, one of the nation's premier wedding destinations, Wilson said she has had brides and grooms from all over the tri-county area, at least 100 weddings so far. She even has welcomed three couples from across the United States.

"It has been an amazing journey for me," she said. "I love seeing our bride's face light up."

The Arch, a 1940's home has been transformed into an event venue in Moncks Corner.