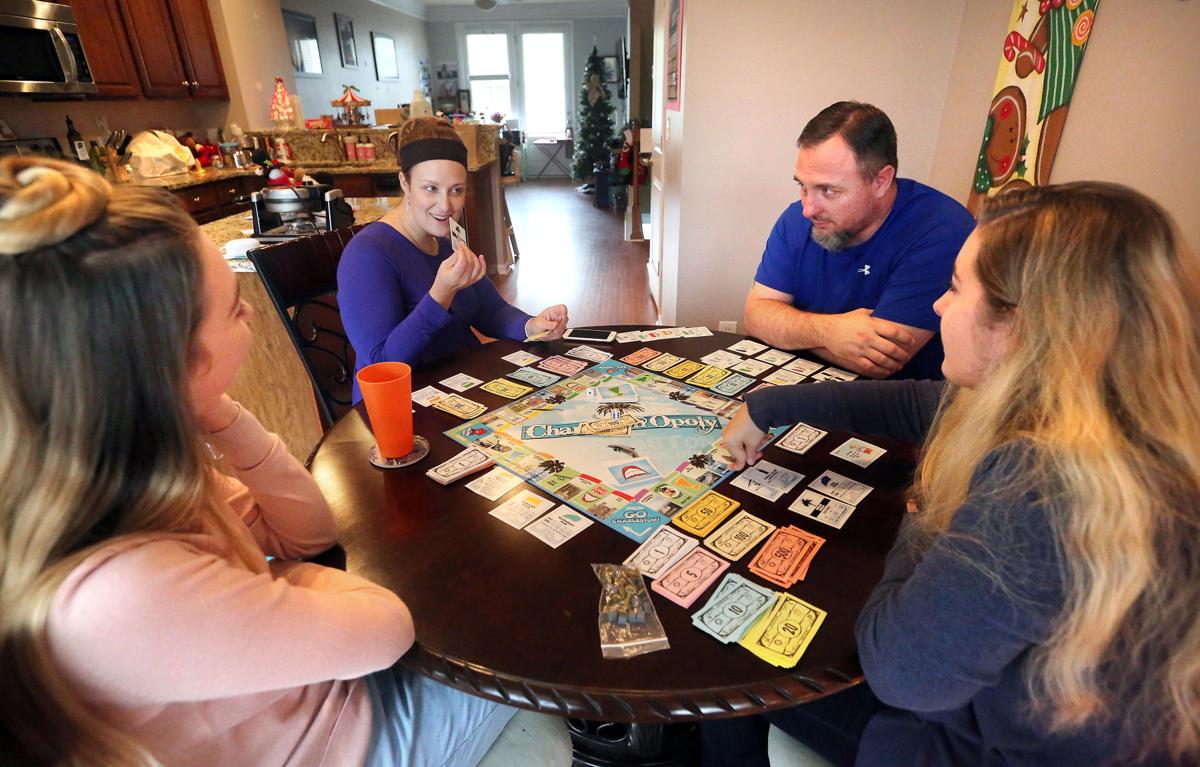 Veteran Jeremy Loomis and his wife Lynz Piper-Loomis play Charleston Monopoly with their daughters Whitney (left) and Shyann. Piper-Loomis is a full time caregiver for her husband, who suffered significant brain and neck injuries early in his Air Force career. Brad Nettles/Staff 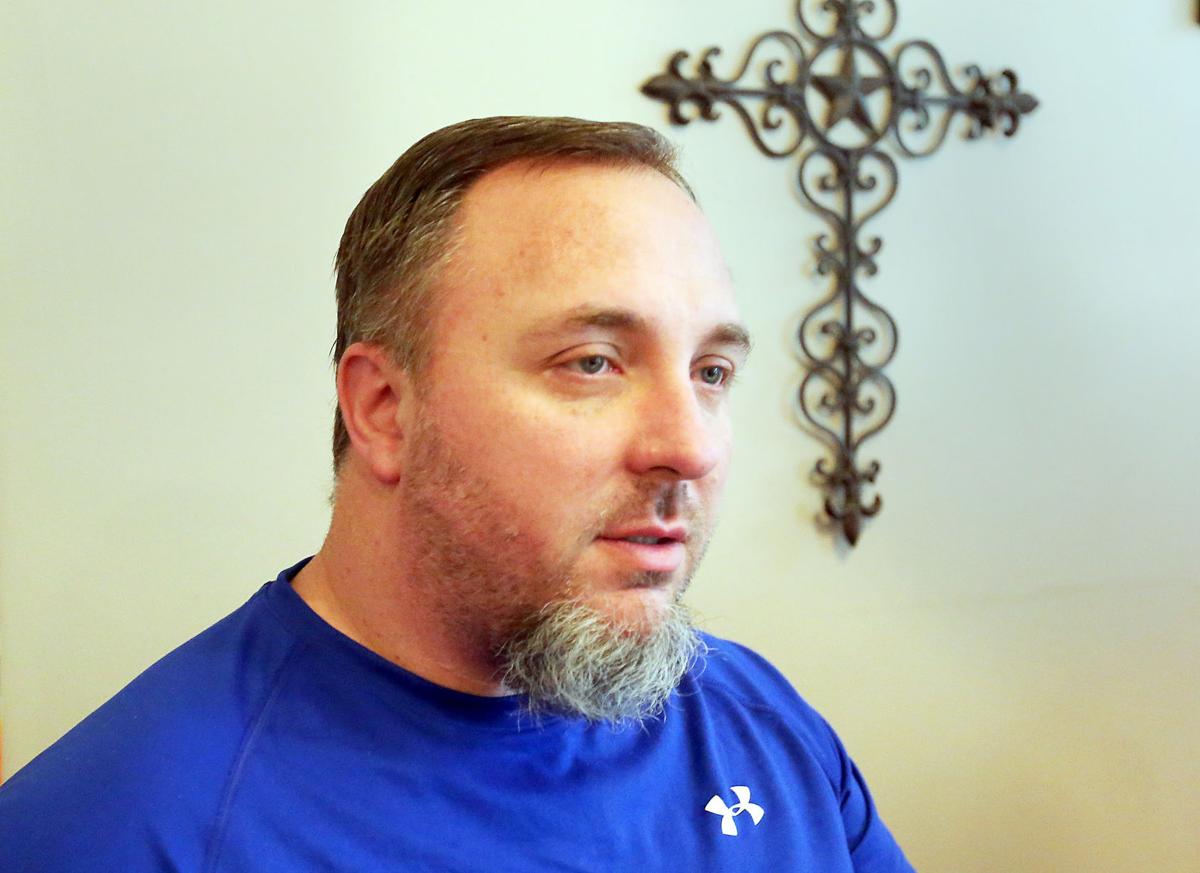 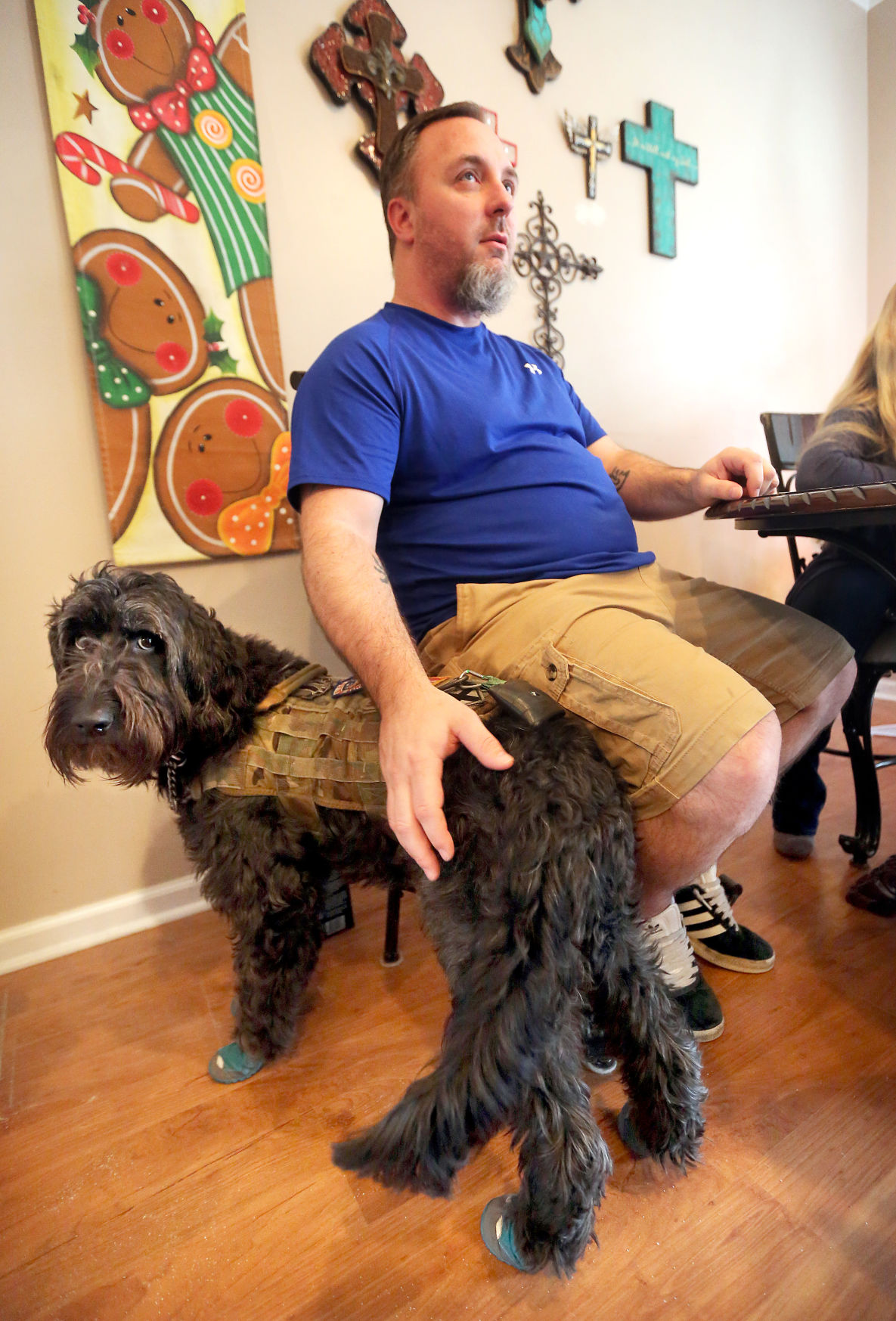 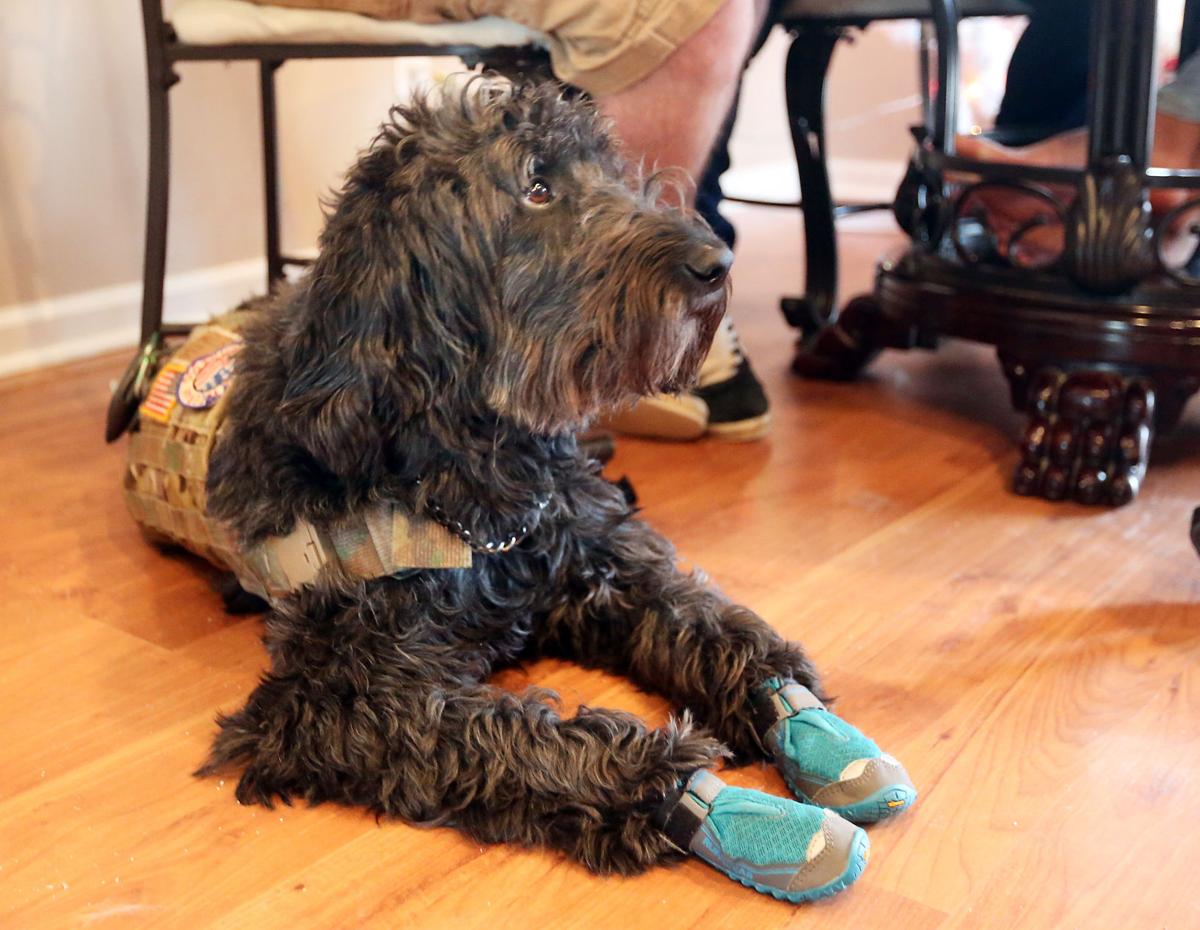 Veteran Jeremy Loomis and his wife Lynz Piper-Loomis play Charleston Monopoly with their daughters Whitney (left) and Shyann. Piper-Loomis is a full time caregiver for her husband, who suffered significant brain and neck injuries early in his Air Force career. Brad Nettles/Staff

As 43-year-old Air Force combat veteran Jeremy Loomis recently sat with his family in their Charleston home, he joked about putting on a little weight.

His wife, Lynz Piper-Loomis, laughed and said she didn't want to home in on the weight conversation, but she is happy to see her husband in better health.

For the Loomis’, there was a time when that wasn’t the case.

Like many caregivers and their families, the Loomis’ have dealt with financial struggles, death scares and battles with systems that were intended to be resources for them. For a while, things looked bleak.

When they moved to Charleston from Texas in 2015, the Loomis family became one of many removed from the Comprehensive Assistance for Family Caregivers Program at the Ralph H. Johnson VA Medical Center. Last year, NPR reported there was a 93 percent drop in three years in the number of families enrolled as part of this program at the Charleston VA. Enrollment plummeted from 197 families in 2014 to 13 families in 2018. VA hospitals in other cities also shed dozens of families from the program as officials explained that too many families had initially been enrolled and that the number of new disabled veterans across the country was dropping.

“We lost all of those resources within six months of arriving here,” Piper-Loomis said.

Charleston VA spokeswoman Tonya Lobbestael provided a prepared statement from the U.S. Department of Veterans Affairs, explaining that eligibility for the caregivers program is complex.

"Determinations are often made by multi-disciplinary teams, including primary care doctors, rehab professionals, and mental health clinicians," the statement said. "VA is working to establish clearer, more objective eligibility criteria to ensure consistency in these determinations."

Now, Piper-Loomis wants to be a voice for the countless other caregivers who are struggling day-to-day to tend for those that need them. Last year, she was named a fellow with the Elizabeth Dole Foundation, which offers supports for military caregivers.

Her husband, Jeremy, who sustained back, brain and neck injuries while serving overseas in the Middle East, has always recognized the need that caregivers need help, too.

Piper-Loomis said her journey as a caregiver started in 2007 when she learned that her husband's injuries were having significant, and initially unseen, impacts on his overall health. What he thought were just headaches turned out to be the ventricles in his brain losing elasticity. His back pain was the result of an overproduction of spinal fluid.

His brain was essentially splitting apart and hemorrhaging, Piper-Loomis said.

Astounded he was even able to walk, in 2007, a neurosurgeon recommended brain surgery with a 50-50 chance of survival. The procedure appeared to leave Loomis dead on the operating room table for more than two minutes, Piper-Loomis said.

It was ultimately their faith that got them through it, she said.

“God gave me a word and said my husband was going to be given a chance to go or stay but he needed to choose to stay because (God) wasn’t through with him yet," she said.

That was only the beginning. After the surgery, Jeremy Loomis was wheelchair-bound and struggled with post-traumatic stress disorder and memory loss. Piper-Loomis had to become his full-time caregiver because he needed assistance with nearly all day-to-day activities. Eventually, she had to leave her job, "which resulted in bankruptcy," she said.

She's far from alone. In 2013, the Family Caregiver Alliance found the economic value of services provided by unpaid caregivers like Piper-Loomis to be more than $400 billion. And between 13 and 22 percent of caregivers are forced to balance employment and providing care.

Finances are one of the common challenges caregivers face, Piper-Loomis said. Another is a lack of acknowledgement and respect of caregivers by health care providers.

“That’s a challenge because we know our veteran better usually than the providers do," she said.

Piper-Loomis said she battled with the VA to get her husband's wheelchair replaced when she noticed the mesh back support on his original wheelchair was causing additional damage. She also was forced to appear before VA committees to prove that her husband was incapable to properly caring for himself.

Laurel Rodewald, the director of programs for the Elizabeth Dole Foundation, emphasized that the general public should look at and acknowledge as many caregivers as possible. She said the foundation is particularly focused on military caregivers, who are often overlooked and underappreciated.

Their ultimate goal is to establish a system where caregivers like Piper-Loomis are able to advocate for themselves. They each have unique stories to tell.

Jeremy Loomis and his family were removed from the VA's caregiver program in 2015. Piper-Loomis said she didn't understand the reasons why they no longer qualified for help.

Luckily, his health has recently improved. Piper-Loomis is now able to work from home and her husband can walk. But she wants the general public to understand how difficult being a caregiver can be.

“We can’t just sit everything down and go and grab a Coke," she said.

Jeremy Loomis pointed out that veterans aren't the only one deserving of public gratitude. Caregivers make countless sacrifices themselves.

"So be a little more cognizant of them and maybe offer assistance and just say 'thank you' for their service," he said.