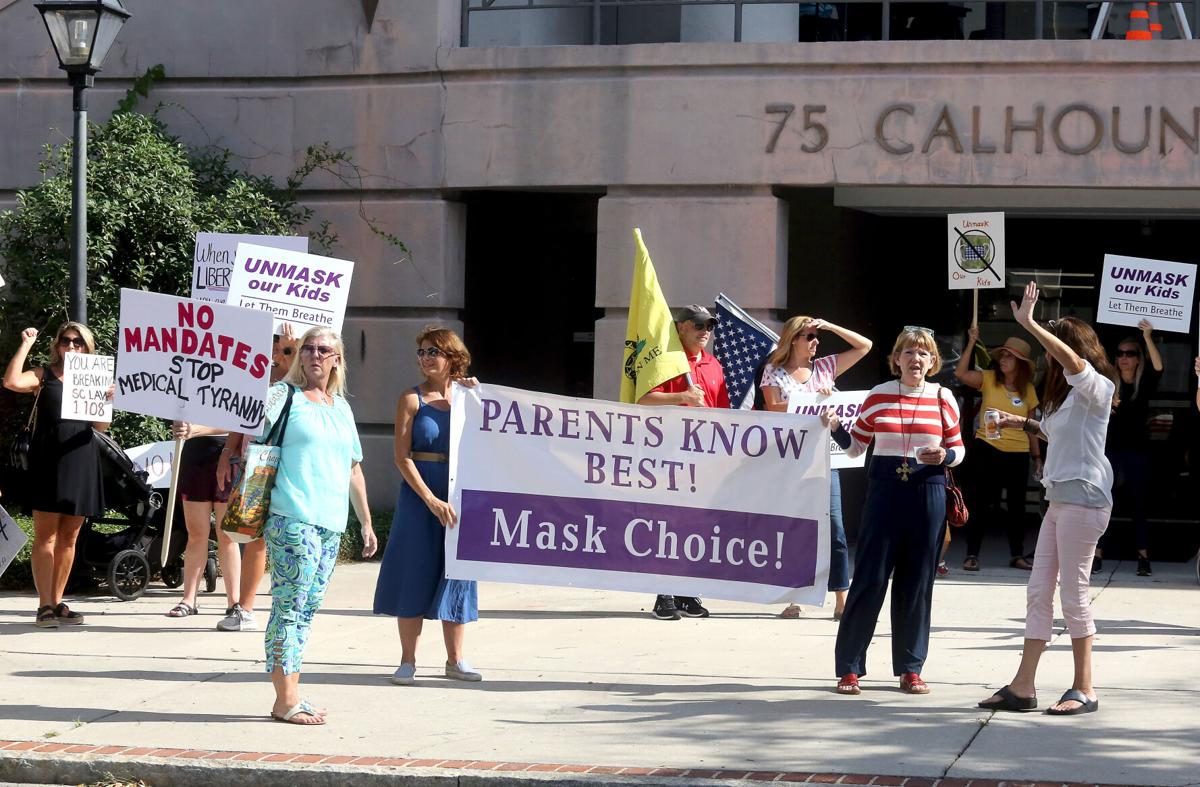 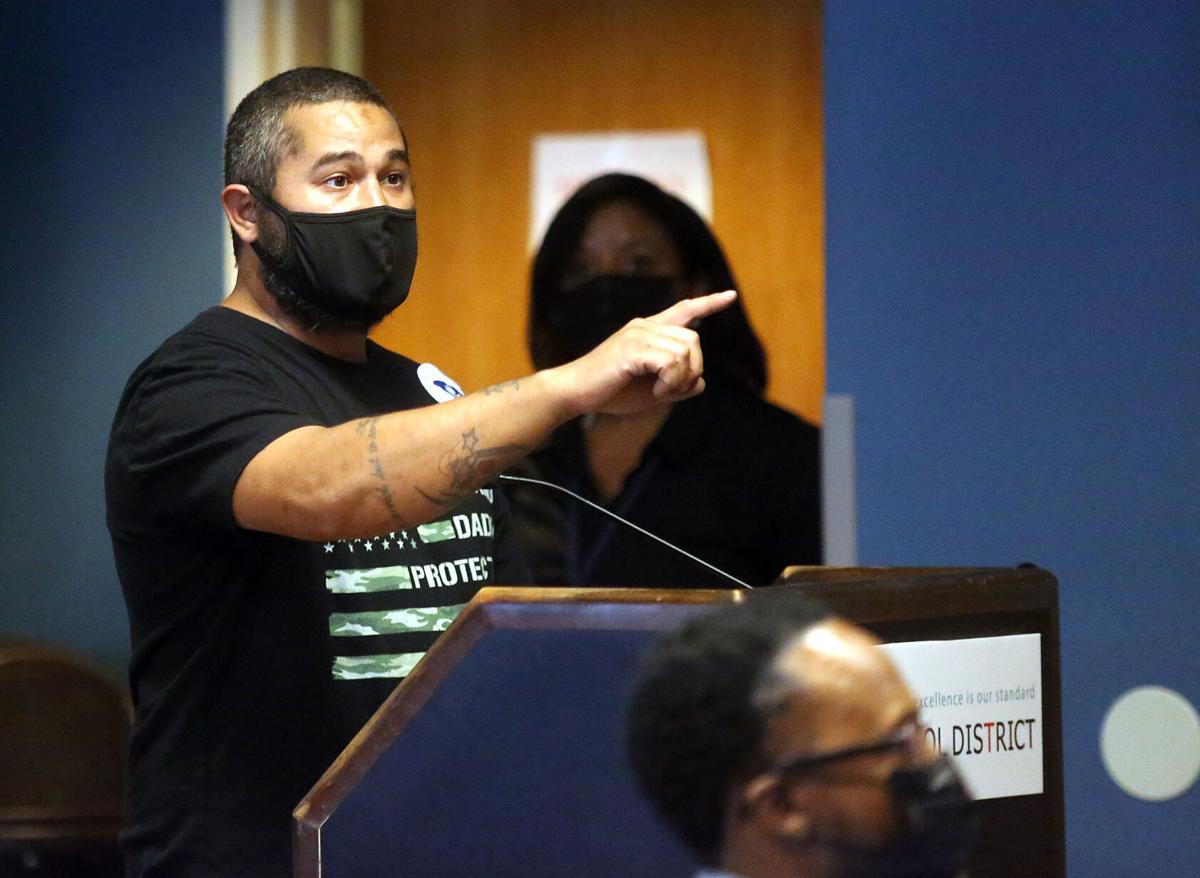 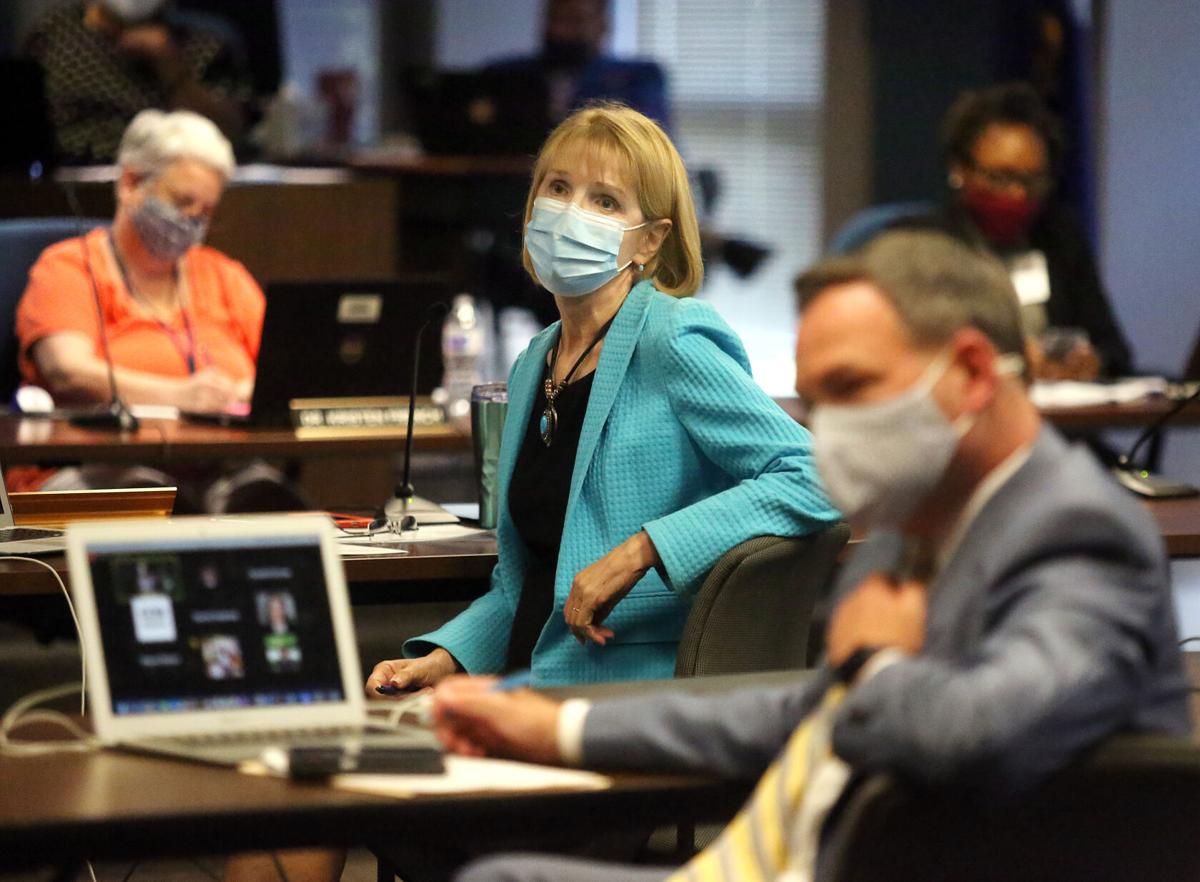 Ninth Circuit Court Judge Bentley Price denied a motion for an emergency temporary injunction and restraining order prohibiting the district from enforcing its new mask mandate. It was the latest challenge to the mandate from a group of four parents and one teacher who sued the district on Sept. 17.

The group's lawyer Joshua Hooser announced Price's ruling on Twitter saying, "This is a sad day for justice!"

In a phone call with The Post and Courier he said his clients planned to appeal the decision.

In a statement, Charleston County School District's board Chairman the Rev. Eric Mack called the ruling "an affirmation of our Board’s commitment to the health and safety of our students through enforcement of our facemask policy."

He said that he hoped the decision would allow everyone to renew their focus on students' education regardless of their stance on face masks.

But mere hours after Mack sent out his statement, a crowd of 30 to 40 protesters gathered outside the district's offices on Calhoun Street, where a board meeting was scheduled to take place. The crowd carried signs referring to the mandates as "medical tyranny" and encouraging the district to "unmask our kids."

The group chanted "let them breathe" and "medical freedom" before reciting the Pledge of Allegiance and launching into a rendition of "We're not gonna take it" by Twisted Sister. At one point, a woman shouted at a group of masked teenagers outside the Charleston County Public Library to "take your masks off, we're outside."

The district added new security measures for people entering the building, including a metal detector and a bag search. They also placed signs outside the doors informing visitors that firearms and knives were not allowed inside.

At least one woman was told to leave a knife in her car before entering the boardroom.

A handful of the protesters spoke during the public comment section, voicing their anger about the mandate. One parent named Miguel Figueroa referred to the board as “lawless criminals.”

“You all have a duty to serve the educational needs of students in this county,” Figueroa said. “That does not include segregating kids for no reason and putting them in subpar virtual learning.”

Although the protestors took the majority of the public comment section, there were a few people who arrived to speak in favor of the masks. Four speakers thanked the board for implementing the mask mandate despite the opposition from some parents and community members.

“We’re very appreciative that you did not back down. You did not take the easy way out. You instead decided to explore all options and do everything in your power to put the health and safety of our kids, parents and teachers first,” said Andie Hershberger.

Mack announced the new masking policy at a Sept. 16 press conference where he explained the district would require any student who did not wear a mask to learn remotely until at least Oct. 15. Up until that point the district had not been able to enforce its mask mandate, but Mack said the board would now dip into its savings to implement the rule. This allows the board to skirt around a provision in the 2021-22 budget that prevents districts from using public funds to enact a mask mandate.

The day after Mack's press conference, the group of four parents and one teacher sued the district, saying the new mask requirement violated state law.

During the board meeting, Superintendent Gerrita Postlewait said the number of COVID-19 cases among district staff and students had been on decline in recent weeks. There were 181 cases reported among students during the week of Sept. 20, when the board started enforcing the requirement. That’s a drop of 121 new cases from the week of Sept. 13.

At its peak for the school year so far, the district saw 425 new cases among students.

“We certainly hope that line continues on the downward trajectory,” Postlewait said.

The mandate is in place until Oct. 15, at which point board members will review the disease spread and decide whether to extend it.