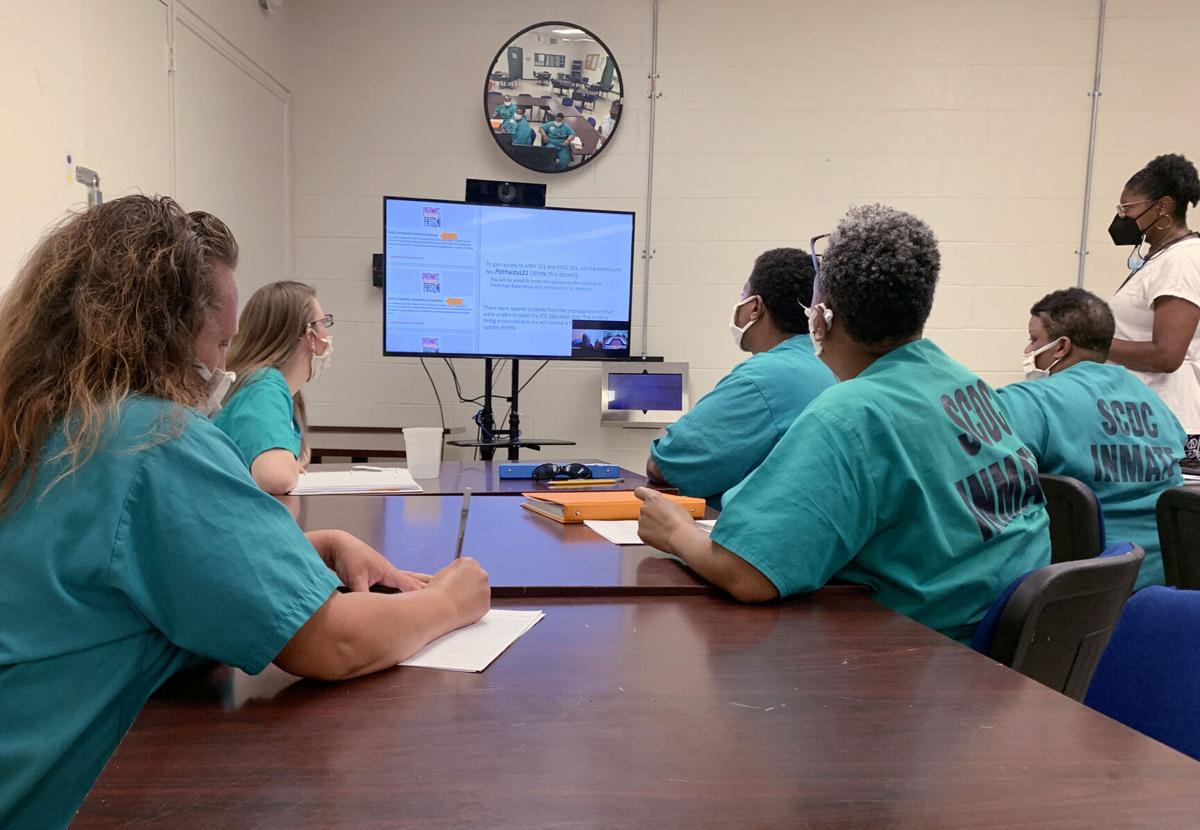 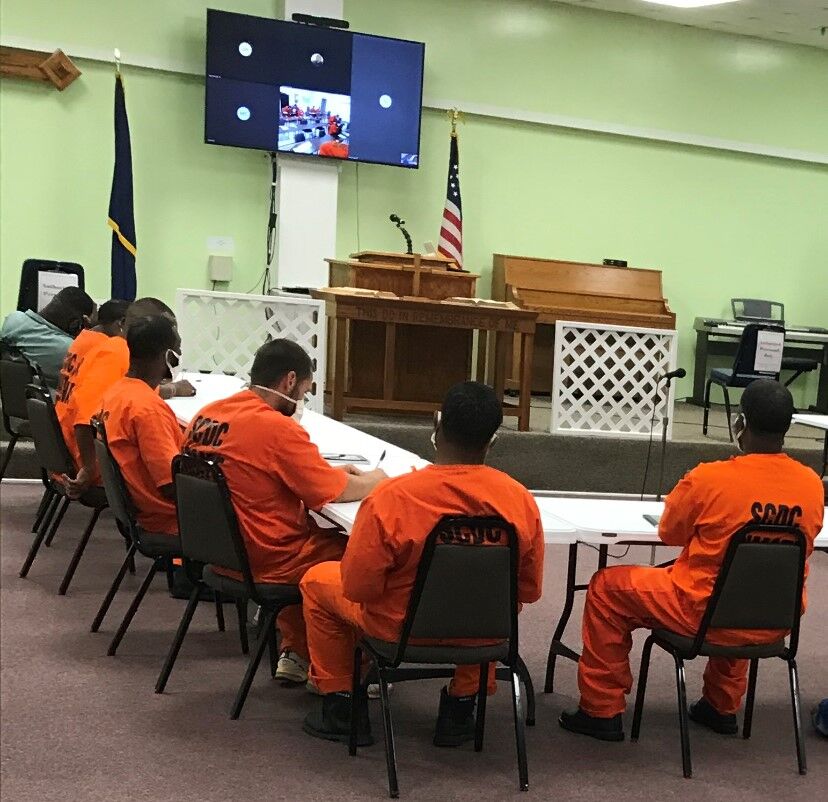 He takes notes on his lectures using a prison-issued tablet, notebooks and pens. As he whittles away at his assignments, he dreams of a future career as a lawyer.

Stephon did not think about what his life will look like outside of the prison’s walls for most of his 15-year sentence. This changed in June when the S.C. Department of Corrections partnered with Claflin University in Orangeburg to launch a program that gives inmates the opportunity to earn bachelor's degrees in criminal justice, psychology and organizational management.

Stephon now has a concrete goal: When he gets out of prison in 2025, he is going to attend law school.

“I’m in a better position than somebody who hasn’t been through the criminal justice system to help change it,” said Stephon, whose last name cannot be released to the public because of a Corrections Department policy to protect inmates’ privacy.

Stephon is one of over 50 students enrolled in Pathways from Prison, which aims to lower released inmates' recidivism rates through education. The program just completed its first semester and is growing rapidly.

Pathways from Prison is funded through a federal Second Chance Pell Grant, given to programs across the country that provide inmates with degrees.

Claflin is one of around 200 colleges and universities around the country that have received the grant. The grant allows the university to offer the program to inmates free of charge. It also allows inmates who are released before they finish their degrees to continue taking classes at the university for free.

“A lot of times you can provide programmatic offerings while a person is incarcerated, but we wanted to see this as a true reentry piece where the continuation is there,” said Cynthia Cash-Greene, superintendent of the Palmetto Unified School District, which oversees correctional education programs.

Claflin provides the professors and curriculum for the program. The inmates are able to learn online through Zoom and self-paced courses. They have the opportunity to interact with their professors and ask questions over the virtual platform.

The program is offered at Trenton, Ridgeland Correctional Institution and Camille Graham Correctional Center in Columbia. However, any inmate is allowed to apply. If an inmate at another prison is enrolled in the program, the department will transfer them to one of the three host sites.

The program is open to any inmates who have a high school degree or a GED certificate. Vanessa Harris, director of the program at Claflin, said inmates who have taken previous college courses and maintained above a 2.0 grade point average are also likely to be accepted.

The university has seen increasing interest from inmates since the program began. They initially received around 60 applicants for the summer semester and admitted 30. Only 12 wound up enrolling because of issues gathering their transcripts and other documents.

Going into the fall semester, over 120 inmates applied and around 50 were accepted. Harris expects the program will have to use a waitlist in the future because of the rise in interest.

More than a degree

Evonne Willingham, the warden at Trenton, has seen the new program and other educational opportunities like it transform inmates’ lives. She’s observed changes in behavior once inmates have a goal like obtaining their degree.

“As long as we have meaningful programs, it helps the guys prepare to be citizens back in the community,” she said.

The Corrections Department hopes to expand the program to more facilities in the future. For now, Claflin and the agency are focusing on investing in inmates like Stephon who are eager to get out and get started with life after prison.

When he eventually becomes a lawyer, Stephon wants to help other people navigate the system that has defined the past decade of his life. But for now Stephon is busy convincing other inmates to consider the program.

“Education is the ultimate tool, no matter what line of work, no matter where you decide to go down the line,” he said.

How SC prison officials are working to get inmates jobs, prevent recidivism