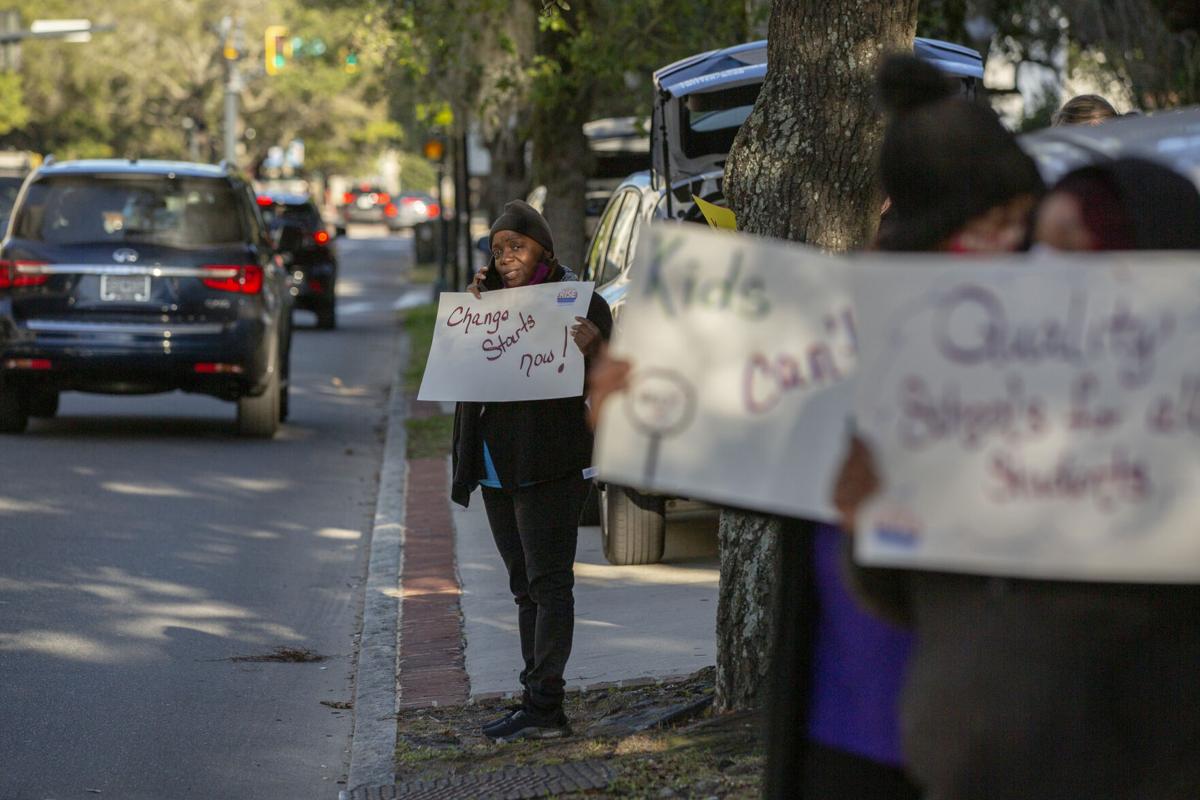 Tammy Simmons protests outside the Charleston County School District building before the board discusses the proposal for Reimagine Schools in a meeting on Jan. 10, 2022, in Charleston. File/Gavin McIntyre/Staff 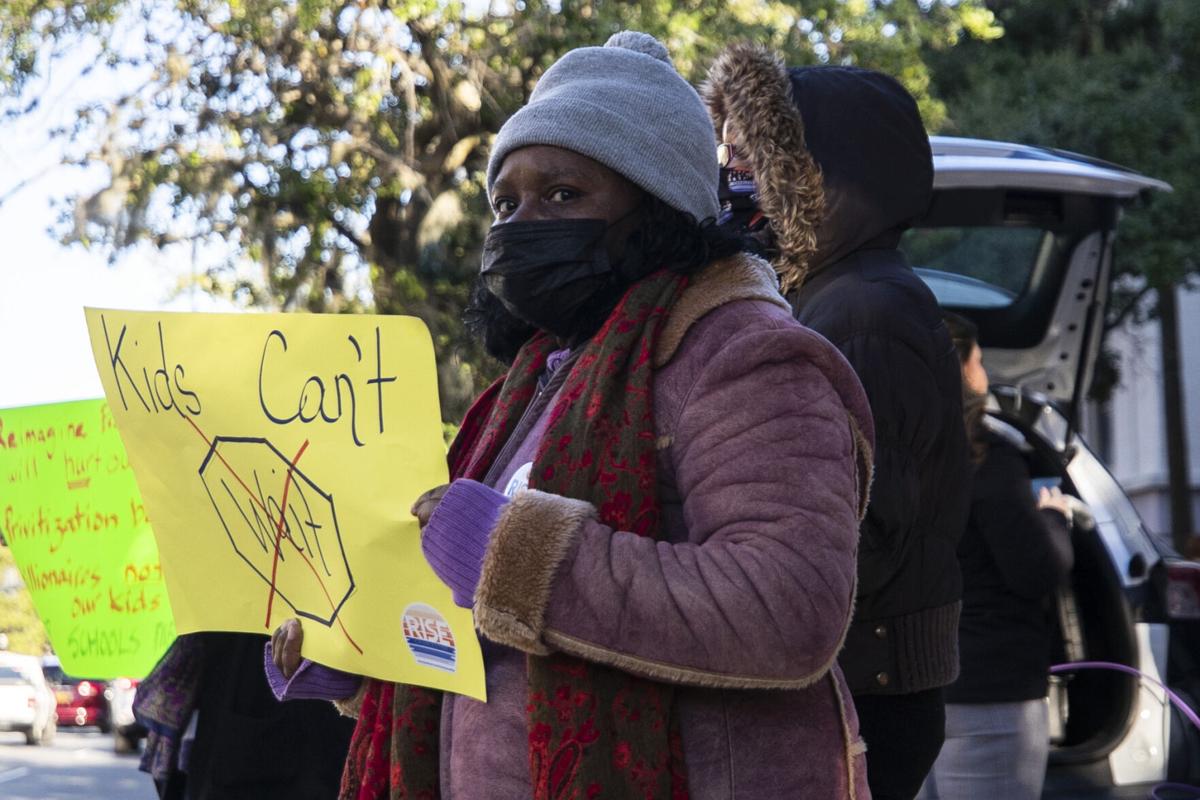 Katie Page stands along Calhoun Street protesting outside the Charleston County School District building before the board discusses the proposal for Reimagine Schools in a meeting on Jan. 10, 2022, in Charleston. File/Gavin McIntyre/Staff 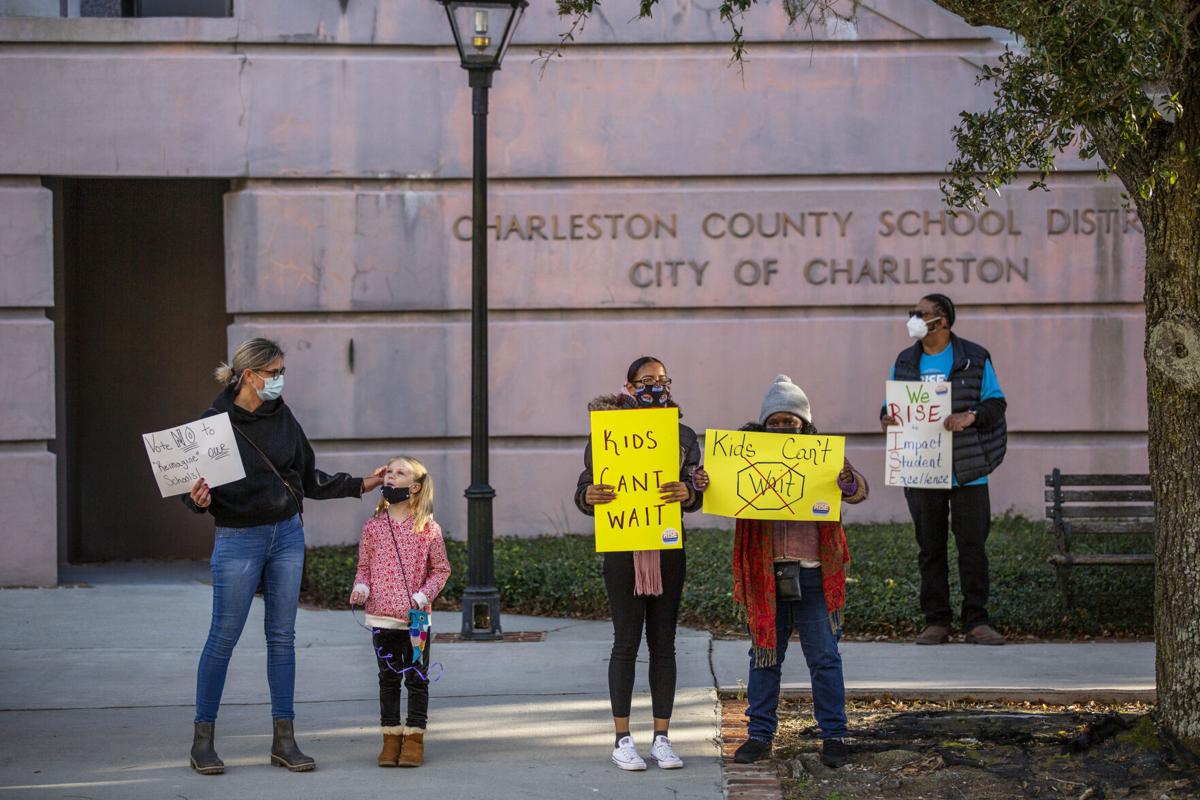 Protesters stand outside the Charleston County School District office before a board meeting to discuss the proposal for Reimagine Schools on Jan. 10, 2022, in Charleston. File/Gavin McIntyre/Staff 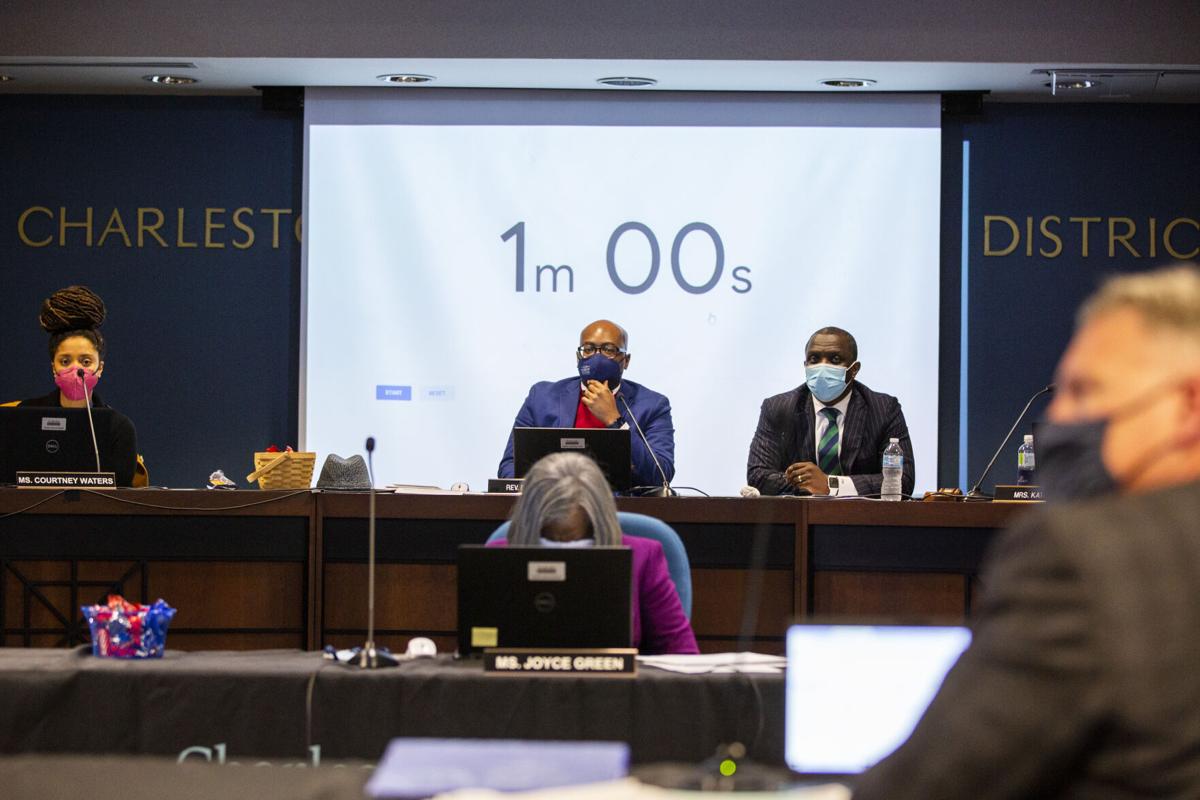 The Charleston County School Board voted to extend its mask mandate through March 14 at its meeting on Jan. 10, 2022, in Charleston. Gavin McIntyre/Staff 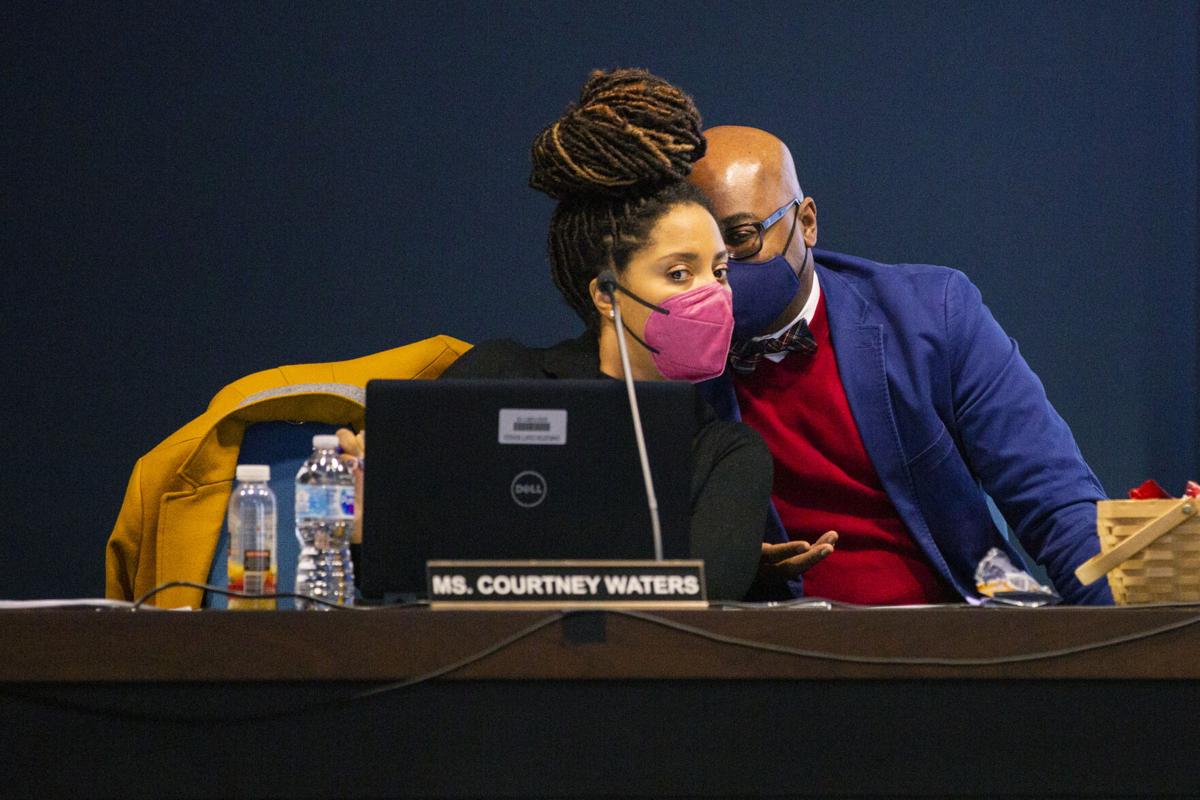 The Charleston County School Board further delayed a vote on a controversial proposal aimed at potentially improving 21 low-performing schools.

The board removed the charity organization the Coastal Community Foundation of South Carolina's "Reimagine Schools Proposal" from the agenda of its Jan. 10 meeting after it received days of public backlash.

The foundation is asking the board to put $31.6 million toward the creation of a program that would develop three community-based "innovation commissions" which would be responsible for creating improvement plans for the schools. Members of the public are concerned the proposal encourages the privatization of schools.

At the beginning of the meeting board member Lauren Herterich made the motion to remove the item from the agenda so that the board could engage the community in further conversation about the proposal. The board did not set a date to revisit the vote.

Darrin Goss, the foundation's President and CEO, said the future for the proposal remains unclear.

"We think delaying the vote on the proposal is probably in the best interest of more community engagement," Goss said in an interview after the meeting.

The foundation first introduced the proposal at a Dec. 13 board meeting where the board chose to give the community more time to understand it. Since then the foundation has held two community question and answer events that were intended to educate the public more about the plan.

Criticism of the proposal started circling weeks ago when it was first slated for introduction from groups like Stand As One, a community activist group in Charleston, and other organizations. Less than three hours before the Jan. 10 board meeting Rep. Marvin Pendarvis, D-Charleston, held a news conference where he announced that if the proposal was approved, he would pursue legislation to withdraw North Charleston schools from the Charleston County School District.

"North Charleston will be no one's experiment," Pendarvis said.

Pendarvis told The Post and Courier after the meeting that he was pleased the board tabled the item. He doesn't plan to file legislation to remove North Charleston schools from the district anytime soon, but he hasn't ruled it out if the proposal eventually goes through.

Pendarvis would like to see the school board dedicate the funds to improve North Charleston schools directly without help from outside organizations.

"We can reimagine schools with our investments," he said.

Goss declined to comment on Pendarvis's news conference, but the foundation released a statement shortly after it was held saying that there is "much more common ground here than is being represented in his comments."

Nearly 30 people spoke out against the proposal during the meeting's public comment section even though it was tabled before that part of the meeting.

Sydney Van Bulck, a childhood development teacher at Goodwin Elementary, said that she'd like to see CCSD create its own proposals rather than have input from outside organizations.

"Every school in the state has the ability to do all of the things that the Coastal Community Foundation wants to bring in," Van Bulck said.

If Reimagine Schools is approved, the foundation and the school district would work together to create three community-based "innovation commissions," dedicated to identifying improvement initiatives for select schools in constituent districts 4, 9, 20 and 23, which includes North Charleston, John's Island, downtown Charleston, Hollywood and Ravenel.

Those commissions would be made up of representatives from the Charleston County School Board, a member of the area's constituent school board, chairs of School Improvement Councils and up to 10 community members, including parents, teachers, faith and business leaders, and other key stakeholders.

Those commissions would have a total of $31.1 million to develop plans for the schools included in the proposal (another $500,000 would go toward funding staff.) Those plans can be anything from investing funds into currently running programs to creating public-private partnerships with "innovation management organizations," or nonprofits. It's the latter plan that concerns many community members.

Currently, any school district in South Carolina has the ability to create a public-private partnership through the S.C. Schools of Innovation law. The law also allows schools to apply for waivers from state requirements to have longer class times or hire teachers from non-traditional backgrounds.

Many members of the public worry that the proposal creates an avenue for privatization. Meeting Street Schools at Brentwood and Burns are currently the only two public-private schools that CCSD oversees. The proposal and the law allow for more schools like Meeting Street to be created in Charleston County.

Goss added that CCF will not be receiving any funds from the school district if the proposal is passed.