A group of parents and a teacher have filed a lawsuit against the Charleston County School District over its new mask mandate.

The group is looking for a state judge to rule the district is in violation of South Carolina law because the administration is attempting to use state funds to force students and teachers to wear masks. 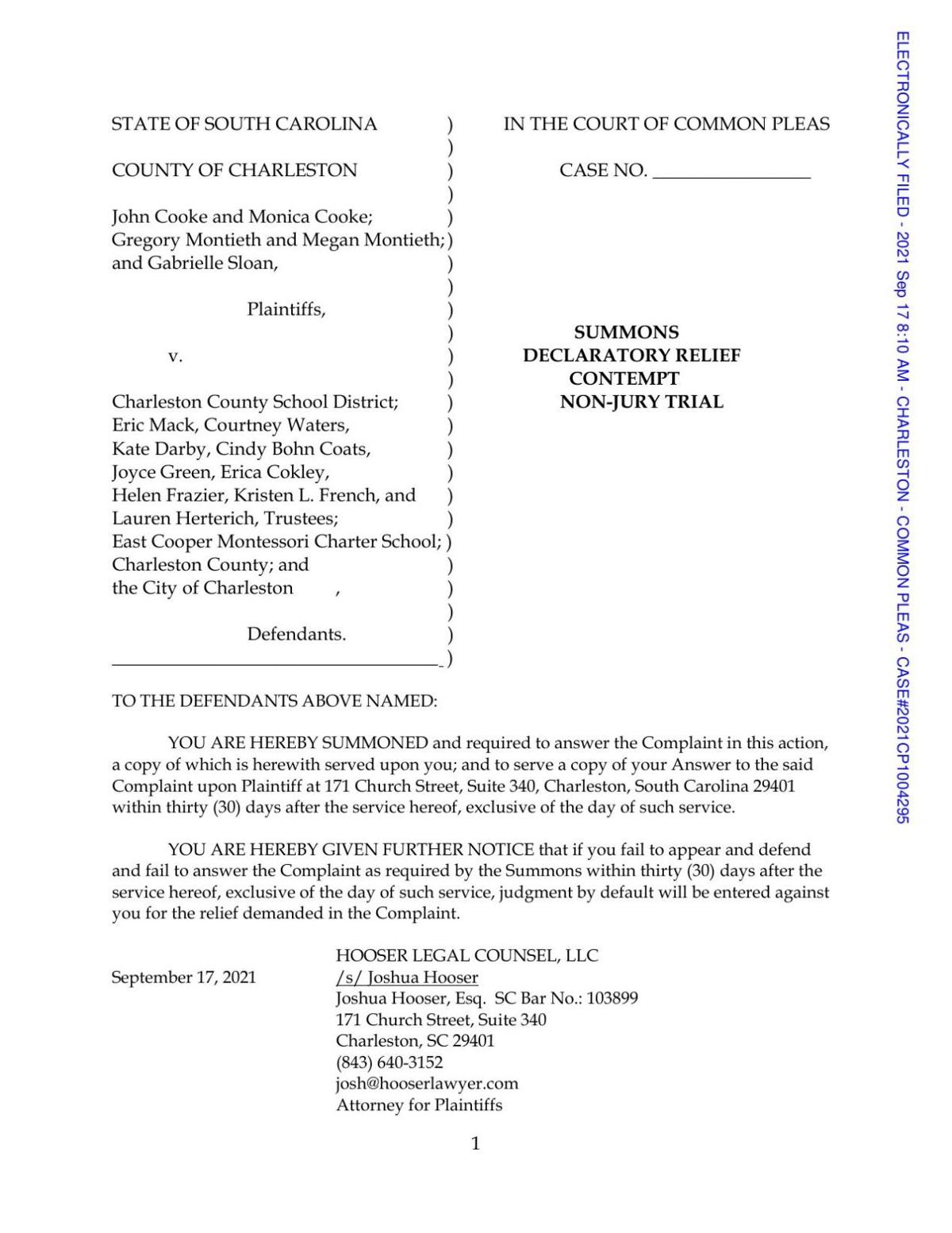 The lawsuit was filed a day after the Sept. 16 announcement from school district Chairman the Rev. Eric Mack that any student who refused to wear a mask would have to learn remotely.

The district had previously said all students were required to wear masks to school. However, a provision of South Carolina's 2021-22 budget prevented it from enforcing this rule. Shortly after the original mask mandate was announced, the district clarified that students who did not wear masks would not be punished.

At the Sept. 16 news conference, the district reversed it stance, announcing it would use past savings to finance the mask requirement instead of using "public funds" — the financial source prevented from being used in the state budget provision.

John and Monica Cooke, who have a child attending Wando High School, said in the complaint filed in state court in Charleston County that the new rule makes them feel like their parental rights are being taken away.

CCSD students who don't wear masks will be placed in virtual learning, board chair says

"No governing body should have the authority to mandate medical treatment, certainly not a school board whose specialty and responsibility is education!" the Cookes affirmed in the complaint.

They were joined by Gregory and Megan Montieth, who have three children enrolled in the district's schools, and Gabrielle Sloan, a special education teacher in the district.

A spokesman for the school district declined to comment on the suit, saying in an emailed statement to The Post and Courier the district does not comment on pending litigation.

Joshua Hooser, the lawyer representing the plaintiffs, said in a Sept. 20 phone call the mask mandate goes against the district's own stated policy of not punishing students who attend school without masks.

"Our position is that their policy is illegal," he said.