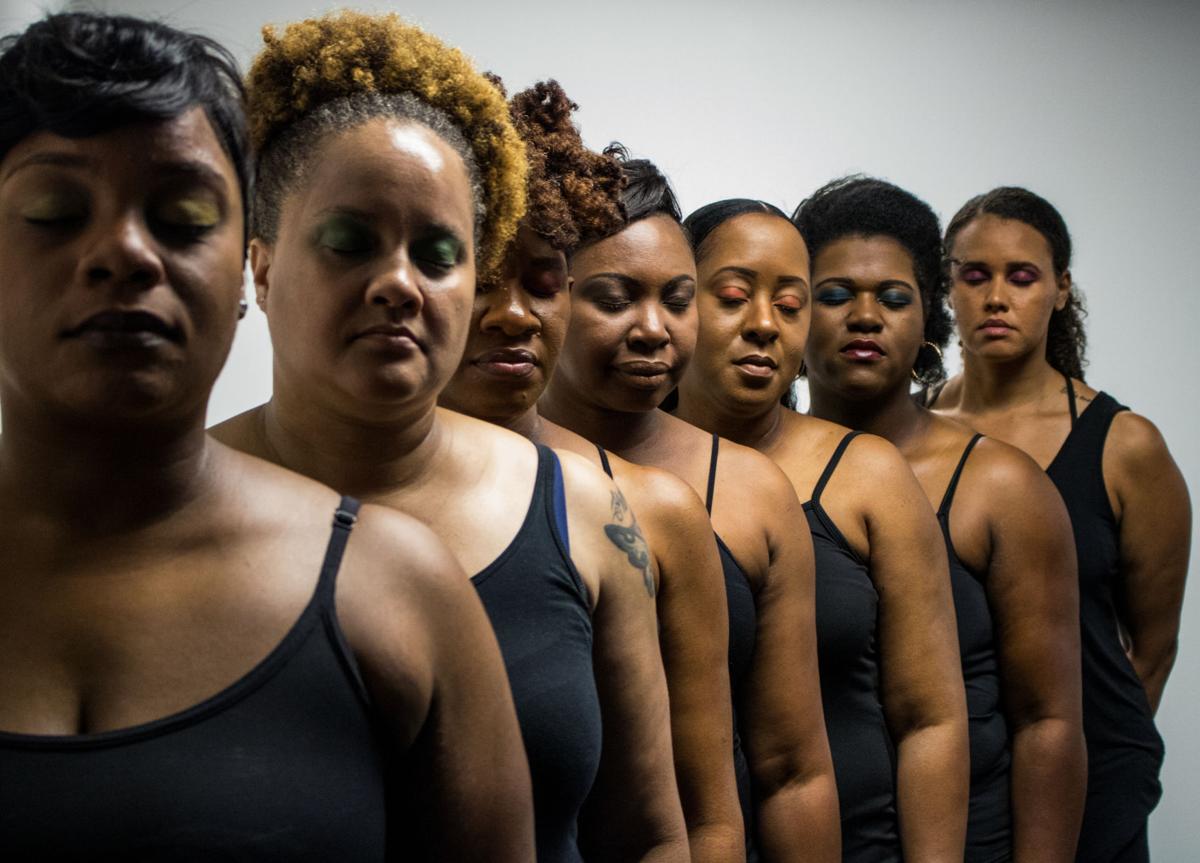 Art Forms and Theatre Concepts presents "For Colored Girls Who Have Considered Suicide/When the Rainbow is Enuf” at the 2018  Piccolo Spoleto Festival. The company was the sole South Carolina organization to receive funding from the Black Seed Project. Art Forms & Theatre Concepts/Provided 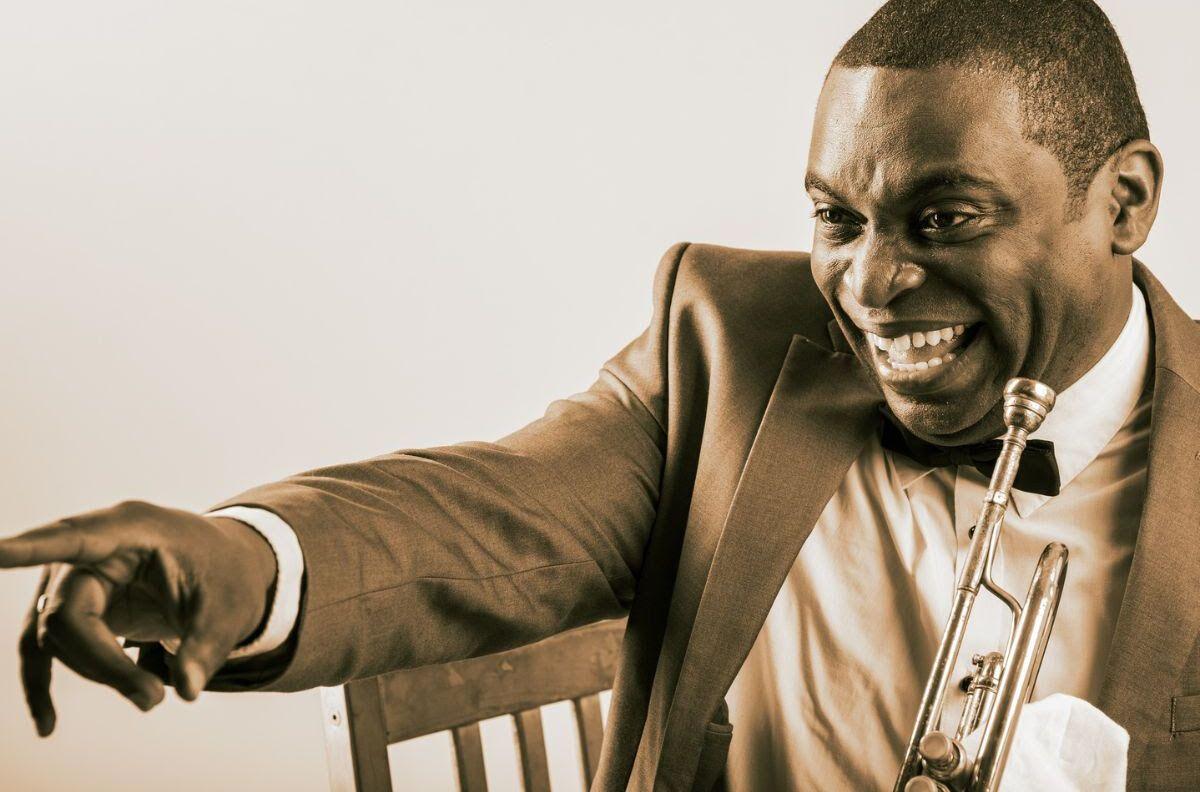 If you want to find out just how much a country or a community values its arts, just follow the money.

In South Carolina, that money flows along a two-way street. The arts sector, after all, generates significant economic impact in the state, by way of revenue, jobs and cultural tourism. On the opposing lane is incoming funds, with some notable recent grants and disbursements throughout the state from national sources.

What’s more, the numbers add up to another compelling statement whose point has been underscored by the events of the past year. Those with deep pockets — from federal relief and arts funding programs to well-endowed foundations and mega corporations — are determining that investment in arts and culture is a viable means by which this country can forge a better, brighter and more unified tomorrow.

Let me be clear. This does not mean that the arts are out of the woods. The industry has been and continues to be hard hit by the continuing pandemic, and remains for the most part shuttered.

However, for those who view such vulnerability as an indication of inherent weakness, I suggest you reconsider such logic in leaving the arts behind.

Consider instead that the arts is a means by which to address some of our country’s most formidable, enfeebling divides. That’s why funders are upping allotments and prioritizing programs as a means to share stories, amplify voices and foster exchange.

The state of arts funding

In December, the SC CARES act awarded a second allotment of federal relief funds to South Carolina service areas. Of the 686 organizations, 39 percent of those recipients had checked off arts and culture as one of their priority areas, the largest priority funded (with the caveat these applicants can check off more than one area).

“I think the pandemic has highlighted just how much … this industry matters to our community and the people who are employed by this industry,” said G.P. McLeer, executive director of South Carolina Arts Alliance.

While the allotment is welcome, the need is still great. “There is great need for the entire charitable sector and specifically the arts, which have been shut down since March and are currently pretty much the only industry at large that continues to have its business operations adjusted by executive order. We're the only one really left.”

Underscoring both the tangible and intangible value of our arts is key to continued support. In the windup to this last allotment, the alliance’s advocacy underscored the economic impact of South Carolina's creative sector, which engenders an impact of $9.7 billion in direct economic activity and supports more than 115,000 jobs.

“It's very difficult for our industry who was the first to close, and it's still the last to reopen,” McLeer said. “They need to be open, but they need to be open safely. And until that's possible, you know they're going to need to rely on outside support.”

Another arts lifeline is the shift in the way many funders are providing support. In the past, many organizations have found government and foundation application processes unwieldy, if not unwelcoming.

“It's hard to get your foot in the door,” said Kenton Youngblood, director of development at the College of Charleston who runs the institution's major gifts program.  She explained that in former days, organizations had to be invited to apply.

What’s more, organizations without the infrastructure have been further daunted by the metrics they are required to supply after the project. Many foundations now offer multiyear commitments, giving organizations the time to both experiment and to account for their efforts.

As director of Lowcountry programs at the Gaylord and Dorothy Donnelley Foundation, Kerri Forrest said the South Carolina organizations with which she works have reported encouraging indications of giving over the past year. Donnelley is also making it a priority to engage with a different range of grantees, acknowledging the entry barriers some organizations have historically and offering more leeway for trial and error. They are thus seeing more groups whose governance may look differently on paper, among them Latinx organizations.

Foundations are stepping up, too, with some pushing a record-breaking amount toward organizations that foster exchange and amplify voices not often heard.

But it’s far more than cutting a check.

“The arts have always had a role in lifting up voices of those who have been marginalized,” McLeer said, pointing to the WPA program in which artwork was used as a tool to draw attention to things like workplace conditions.

One such initiative is The Black Seed Project, a multimillion-dollar initiative launched by The Andrew W. Mellon Foundation. Seeded by a collective of funders, it gathers national networks and coalitions and also includes a national marketing campaign to tell the story of Black theater in America. The strategic plan is conceptualized and led by the Black theater field with the goal of systemic change in the arts and culture world.

Among the funding review panel members is Wendell Pierce, an actor known for his role in HBO series “The Wire” and “Treme.”

“The Black Seed Project isn’t just an aspirational endeavor,” he said in a statement. “It is tangible and forthright. It is the manifestation of expanding the Black theater of America to the level of cultural impact it has been deserving of for decades. … That voice cannot continue to be silenced.”

One South Carolina theater company, Charleston’s Art Forms & Theatre Concepts, was awarded a $10,000 grant from the project, which it can use in anyway it chooses.

“The opportunity to apply to The Black Seed could not have come at a more critical time,” said Art Gillard, founder and artistic director of Art Forms & Theatre Concepts.

“I think that our application to The Black Seed was something of a manifesto, challenging Art Forms and Theatre Concepts to think bigger and reinvent itself, inspired by the energy and passion we see reflected in the BLM movement and by our community as a whole.”

This fall, the Gaylord and Dorothy Donnelley Foundation launched “Broadening Narratives,” a $750.000 initiative focused in Chicago and the South Carolina Lowcountry. It was conceived two years ago to ensure collections are more inclusive, and represent perspectives including BIPOC, LGBTQ+, working class and smaller communities.

Its strategy was developed in a new way as well.

Working with two consulting groups in five collecting organization partners in both regions, they held a series of focus groups with grantees, with other collecting institutions and conversations internally with staff. Among the participants are the Lowcountry Digital Library and Southeastern Museums Conference.

“What we heard from the grantees and the other collecting institutions that were advised was that we … we weren't really talking about the story behind the stuff,” said Forrest. “What's the story that the object tells — and is the story … being told by the people who the story is for?”

Forrest added, “I guess timing is everything because it's really aligned well with the moment that we find ourselves in.” Forrest said the foundation has received more inquiries than it has ever received in one cycle in her six years with the organization, including a record number of requests related to Native American communities.

Another initiative, via the Coastal Community Foundation is the Facebook Grant for Sustaining Black Communities. It will award funds over two years to nonprofit organizations and programs in Berkeley, Charleston and Dorchester counties "supporting innovation, creativity, and resiliency in Black communities," specifically for nonprofits providing goods or services that directly and specifically support Black people and communities. The submission deadline is Wednesday, February 10.

That being said, organizations would do well to weigh a project before checking the social justice box on a grant application.

Forrest said she hopes to not only hear from the established collecting institutions, but from smaller organizations.

“We really want to open our focus to these smaller collecting institutions because they're the ones that are really closely tied to their communities,” she said, citing places like the Sol Legare Seashore Farmers’ Lodge No. 767.

“The social movement over the summer with the deaths of George Floyd and Breonna Taylor highlighted the need for this reckoning that collecting institutions have been going through about really being of the community,” said Forrest. “These are institutions that should be telling these stories.”

To that end, Forrest points out that a number of groups are using the down time to take the opportunity to also step back and look at what they will look like when they return. Among them are Charleston Stage, Pure Theatre and Hilton Head’s Lean Ensemble, who are focusing on diversity and inclusion.

In a statement, Indira Etwaroo, national advisory committee chair of the Black Seed, pointed to instances like invaders carrying the Confederate battle flag into the chambers of Congress on Jan. 6 as grounds for sharing more stories via Black theater.

“As the gatekeepers of the African American story and the complete American story, Black theaters are standing together to ensure that we are a mighty force for change in this country. We are greater — as a sector — than the sum of our parts.”

At Art Forms & Theatre Concepts, Gillard notes, “I’m just knocked out to be among this list of grantees,” he said, citing the power of seeing the hundred or so names of companies and artists that he’s long admired and, in some cases, worked with over decades, now benefiting from an unprecedented multi-million-dollar investment.

“It makes you realize that all of the blood, sweat and tears are not going unrecognized, and that we have been contributing to something greater," he said. "People are putting their money where their mouths are.”

For those interested in learning more about statewide funding opportunities and tools, McLeer recommends starting with the South Carolina Arts Commission at southcarolinaarts.com. The South Carolina Arts Alliance is hosting an advocacy webinar from Feb. 15-19. Find out more at scartsalliance.net.