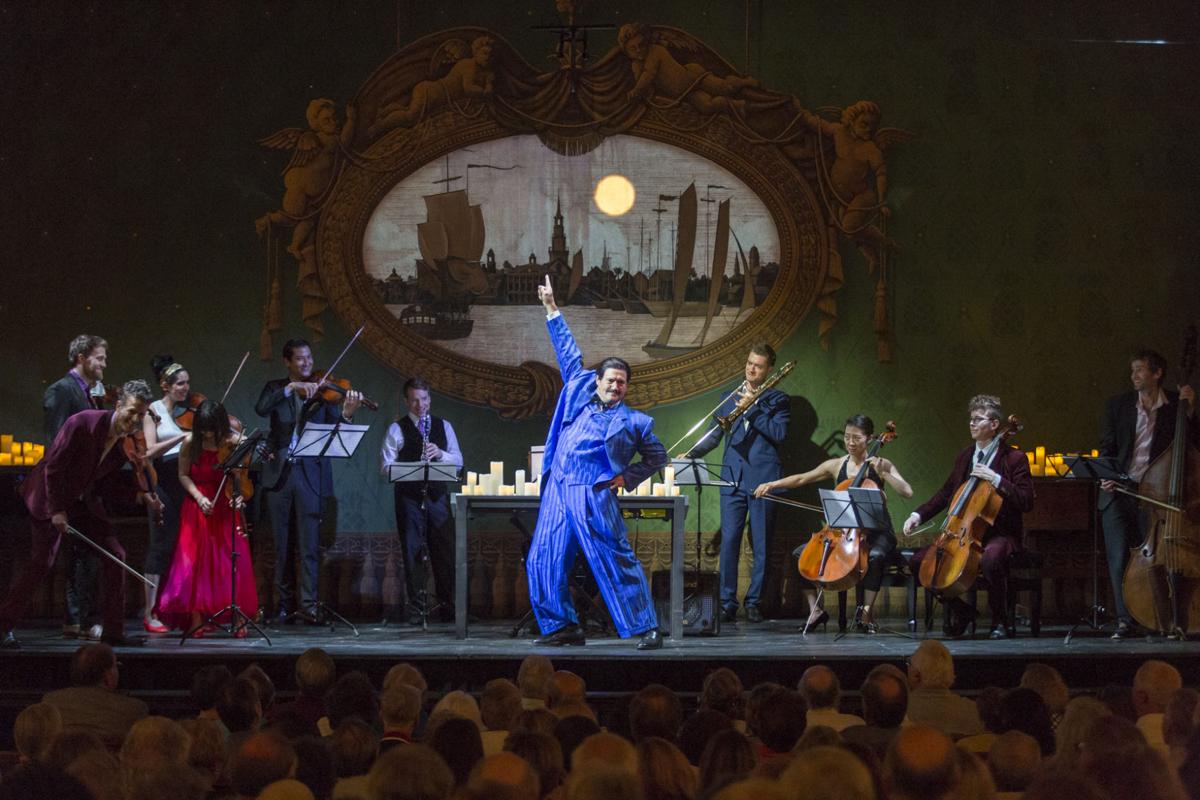 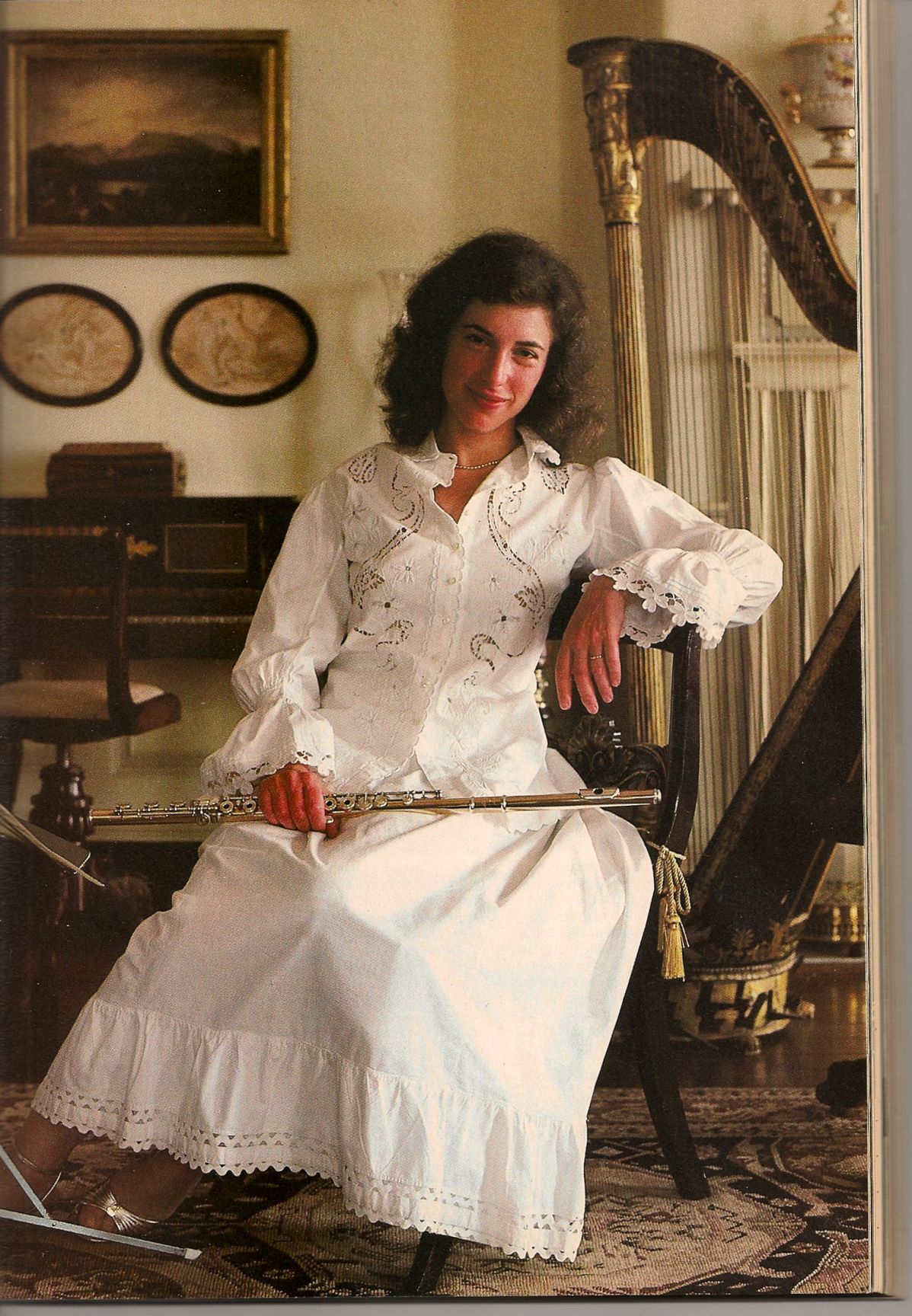 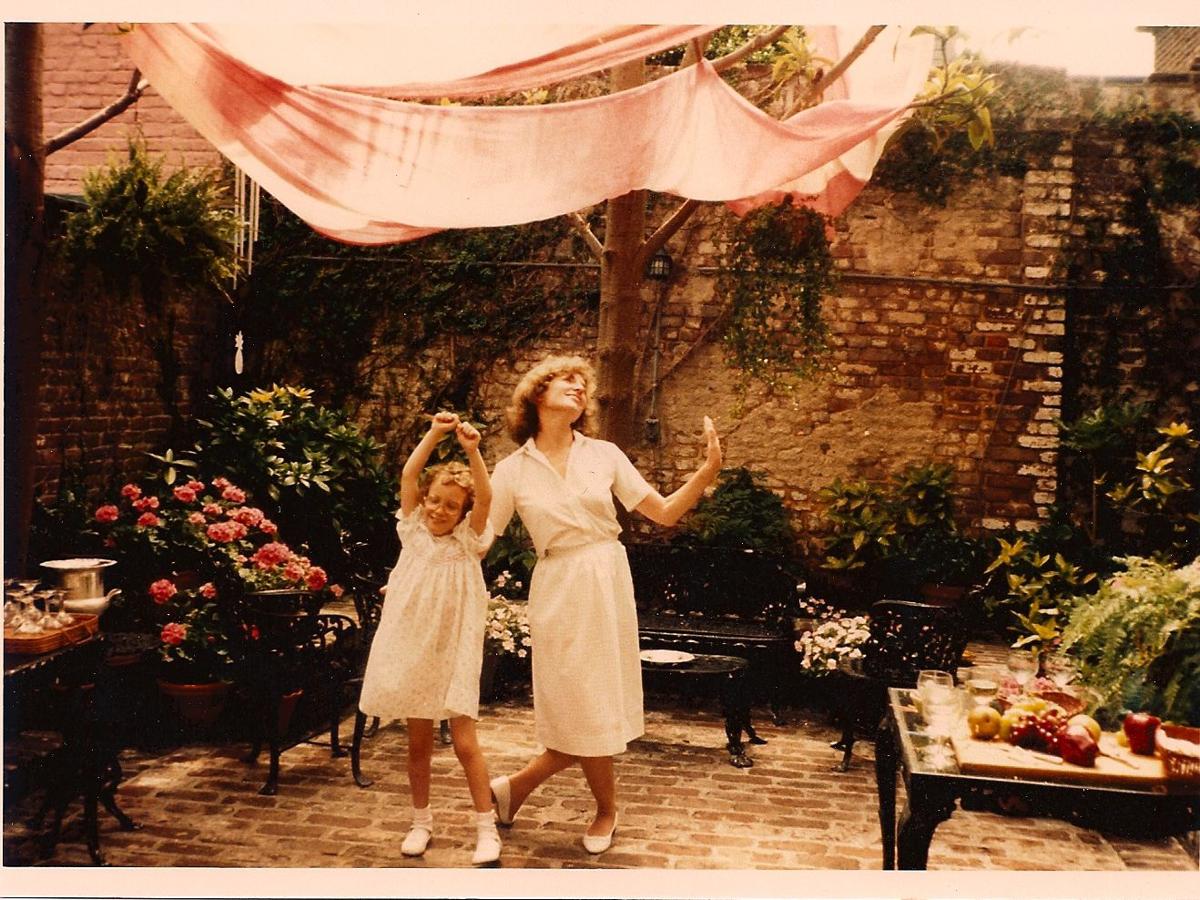 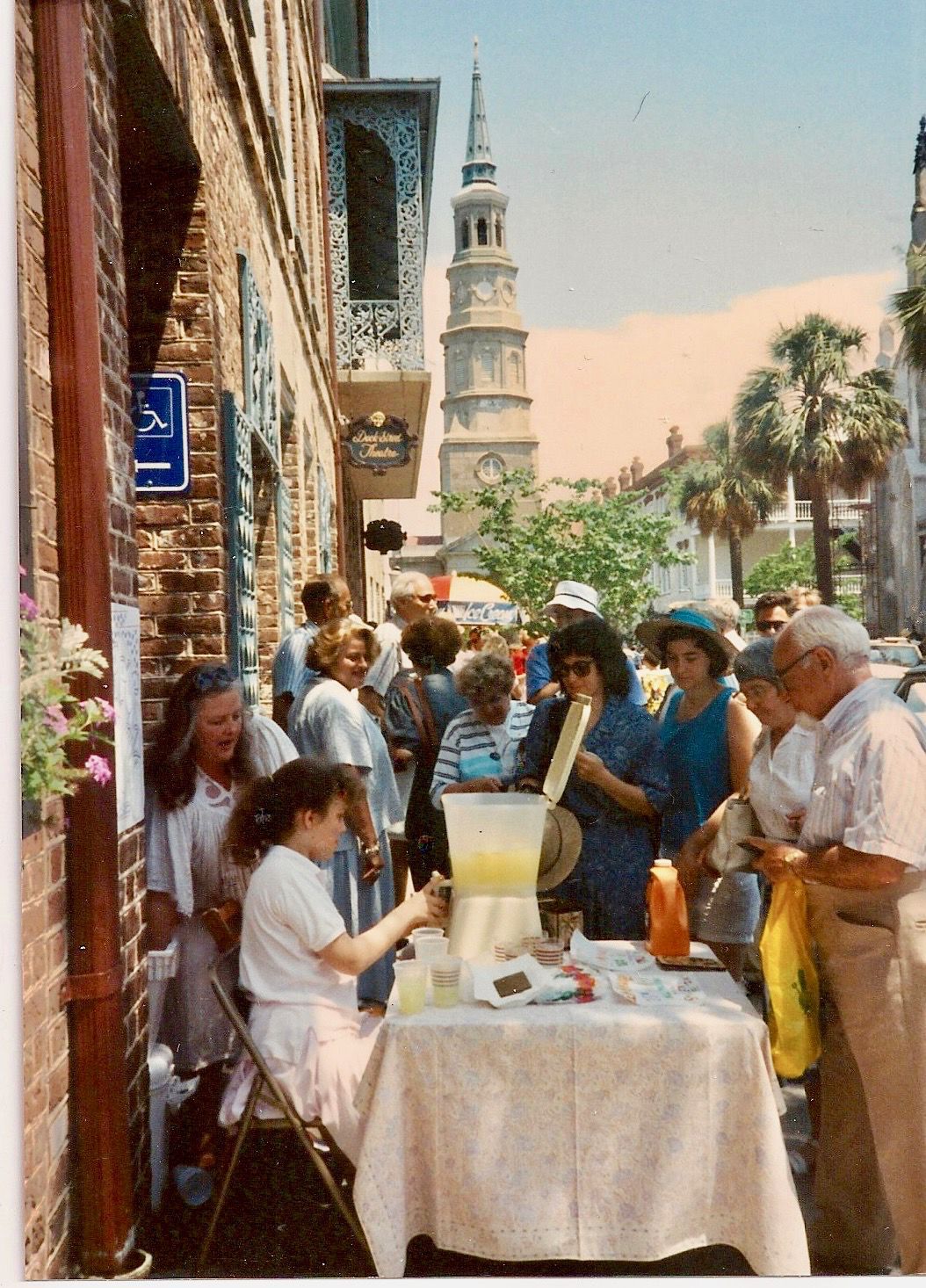 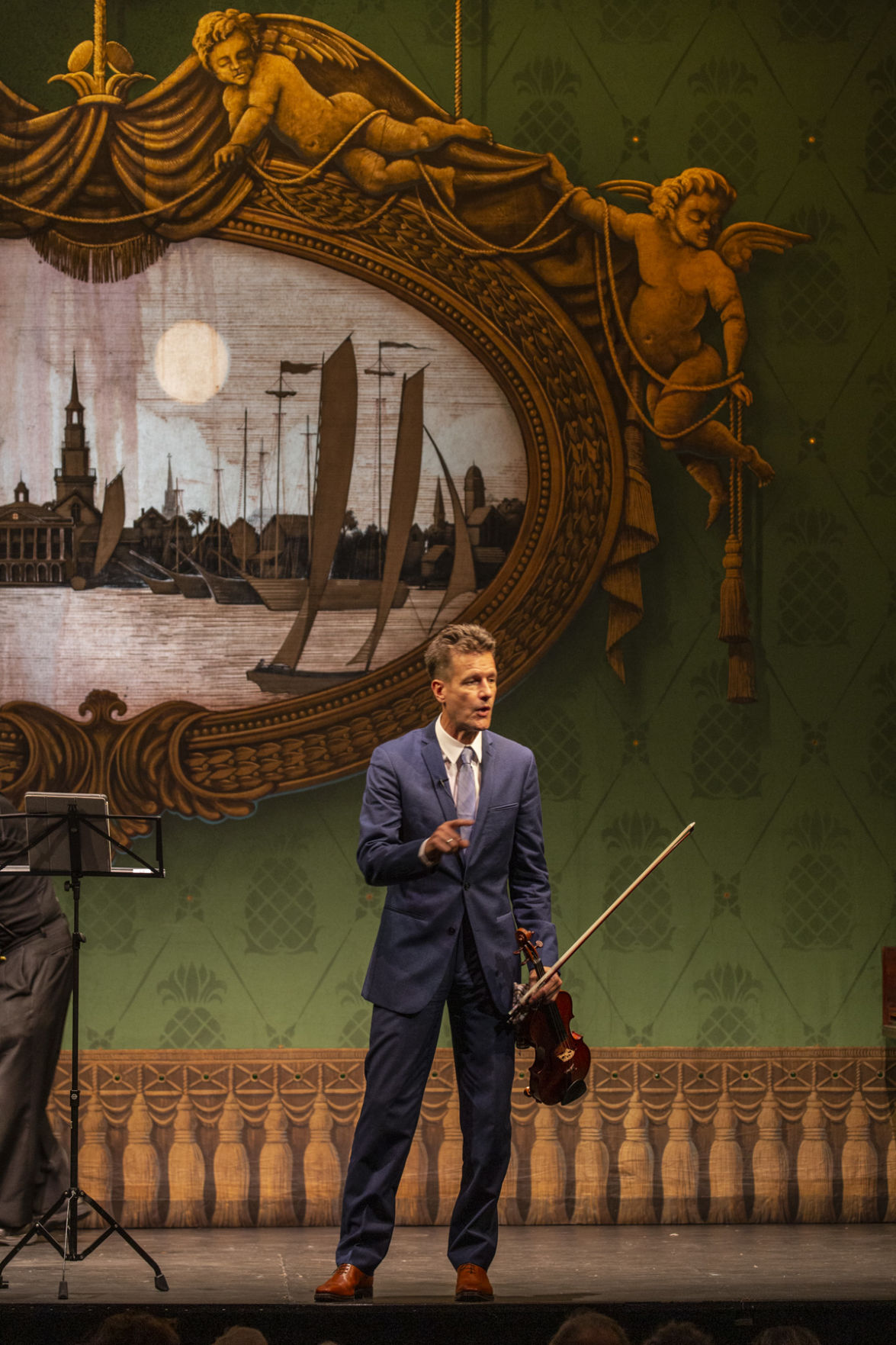 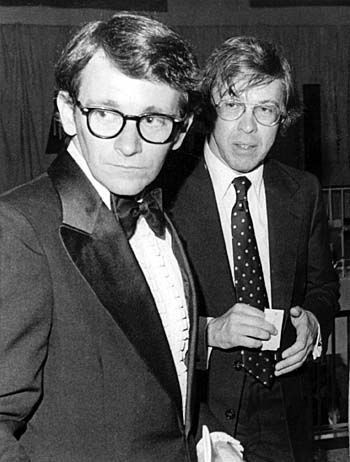 Mayor Joe Riley and Charles Wadsworth attend the opening of the opera 'The Queen of Spades' in 1977. It was the first year of Spoleto Festival USA and the chamber music series. File

It is a preternaturally quiet holiday weekend in Charleston, a biorhythmic hiccup in the annual Memorial Day mayhem. For the past 44 years, the city has toasted it as the opening of Spoleto Festival USA, the 17-day arts profusion that, each year, sounds off with a startling confetti bang and the giddy, exuberant peals of St. Michael’s bells.

There are other currently quieted festival sounds, chief among them those that have vibrated twice daily from the Dock Street Theatre as part of its chamber music concerts.

A sought-after, cherished staple each year since the festival’s founding in 1977, the series serves up 35 intimate, exquisite performances (if you count a couple of add-ons) and gathers today’s most accomplished musicians and vocalists making music equally enjoyable to the trained and uninitiated ear.

In lieu of the 2020 lineup, this week Spoleto announced “Spoleto at Home,” its on-air and online program that rolls out curated content each day of the previously scheduled festival, including an archive of 11 weekday SC Public Radio "Sonatas and Soundscapes" concerts that, timed with the traditional chamber music schedule, will air at 11 a.m. from May 22 through June 7.

“It’s the backbone of the festival,” said Karl Bunch, Spoleto Festival USA's house manager, of the role of the chamber music series. Bunch has volunteered with the festival since 1979, regularly seeing chamber concerts. For the past 16 years, he has not missed one concert.

So what is the special sauce that compels music lovers to flock to the Dock Street each year and quickly assume a state of chilled-out, acoustic bliss?

The tone was set from the get-go, when Charles Wadsworth first put together the series in 1977. The following year, he enlisted a director, flutist Paula Robison, who in turn brought on her husband, Scott Nickrenz, as co-director.

The reasoning was that Robison, a veteran of the chamber music series that Wadsworth had created in Spoleto, Italy, for Festival dei Due Mondi (Festival of the Two Worlds) could readily replicate its success stateside. The Italian version took the form of one midday concert a day with receptions immediately following them at the nearby residence of Gian Carlo Menotti, founder of both festivals.

So Robison arrived in Charleston at the time when the city was far less frenetic, with little infrastructure in the way of hotels or restaurants to support the artists but a devoted advocate in Mayor Joe Riley. To take up the slack, Robison recalled, Spoleto availed of committed locals like Peter and Evelyn "Patti" McGee to host annual daily chamber music receptions for the artists in their Church Street courtyard garden next to the Dock Street Theatre.

Eventually, the concert series began to take off, and the rest is festival history, one that has continued well after Menotti's departure and through the current chapter overseen by general director Nigel Redden, a champion of the series.

“It was a huge accomplishment,” said Robison. Today, there is hardly a hint of its scrappy start in a sleepy town (though our current coronavirus quietude gives a sense of what Charleston was like before the arts festival came to town.)

According to Robison, the programmatic approach from the start involved pairing young artists with more established ones, thus launching some of the music world’s most illustrious careers, including those of a then 16-year-old Joshua Bell and a 20-something Yo-Yo Ma.

Along with traditional chamber music fare, lineups included a bit of adventure, more so than its more conservative counterpart in Italy that was reflective of Menotti’s musical tastes. American composers like Kenneth Frazelle and Lowell Liebermann made the cut, as did avant-garde composer George Crumb, whose 1971 work “Vox Balaenae (Voice of the Whale)" for an electric flute, cello and amplified piano. Such innovations were counterbalanced with classical works, or as Robison put it, “Mozart for dessert.”

With all the musicianship and inspired programming, it was Wadsworth who set the series' hallmark, easy tone.

“He had a marvelous way with audiences,” Robison said of the host’s joke-fueled, interactive audience repartee, exchanges he apparently relished so much she mused a hook may at times have come in handy.

Todd Palmer, a clarinetist who was first invited by Wadsworth to perform in 1995 and continues to return annually, also attributes the series’ jolly vibe to its host.

“He was a stand up comedian in his own right,” he said, one who also chose certain musical personalities that created expert concerts and had a good time.

For her part, Robison engaged audiences by connecting the works on the program with historic Charleston, pointing out a building timed with a work. The end result was a welcoming, relaxed environment with only one steadfast rule: Absolute attention must be paid to the music.

If Wadsworth shaped the casually beguiling culture, current director and host Geoff Nuttall has furthered it with his own brand of whimsy. Nuttall first became involved with the series as a member of the St. Lawrence String Quartet, taking the helm in 2010 upon Wadsworth’s retirement.

“I just rode the wave. I’m a surfer,” said Nuttall, an affable, wiry man who cuts a figure in trim suits and smart shoes revealing a wee dash of vibrancy via sock selection. Even when contending with unpleasant business like thwarting cell phones, he does without killing the buzz. Like Robison, he also seizes on the chance to edify, offering intel on obscure instruments like the late sixteenth-century theorbo or geeking out on tidbits about Bach, Handel and company.

“Geoff does a marvelous job,” said Bunch, stating that the host has elevated the series and noting also that the host is often spotted in the lobby greeting familiar faces and eliciting opinions.

Along with the usual sought-after composers, Nuttall also highlights new work and is willing to risk its reception. A couple of years ago, he included one piece that incorporated cell phones from prepped audience members. A piece by Jonathan Berger featuring an ode to dung so put off two patrons by the name alone they left before the concert began.

There are antic curve balls, too. One crowd-pleaser was inspired by a letter of complaint regarding the disruptive sound of babies. Nuttall was thus prompted to incorporate a pair of the musicians' infants into Rossini's "The Barber of Seville," cueing the parents to trot them out at certain moments.

At a recent festival, tenor Paul Groves dressed up in a blue velvet suit a la Queen's Freddie Mercury to belt a gorgeous "Who Wants to Live Forever" (a performance that will be included in "Spoleto at Home" chamber music offerings on June 4.)

"It was the perfect amalgam of shtick and beauty," said Nuttall, noting that they are not mutually exclusive by citing Haydn's equal flair for the whimsical and the moving.

Silliness aside, hard-writ into the ethos is its deference to seriously exceptional musicianship, which is enhanced by the camaraderie of both the players and the patrons.

So what is that special something that draws crowds time and again? Robison summed up the secret ingredient as love, likening the commitment to the ambitious undertaking to the New York City Ballet in the days of George Balanchine.

Palmer points to the laughs as a defining aspect of the Dock Street experience and the thing he will most miss this year, while for Bunch it is the most joyous of all the festival offerings.

Ever the humble disciple of his mentor, Nuttall declared, “The special sauce is Wadsworth,” who used laughter to break down barriers and debunk the notion that “classical” music was stuffy and pretentious.

Still, Nutall emphasized that the music is what matters and that Wadworth’s approach allowed audience members to be active participants.

"Music is the end goal and getting people to experience it in a way that is meaningful," he said.

The sound of solace

As the Dock Street Theatre sits in silence this weekend, Robison reflects on the essential role of music and art in our lives.

“Don’t take it for granted, because it can fall away so fast,” she said.

Bunch had already booked his chamber music concerts when news of the festival’s cancellation came.

“I actually sat down and cried.” he said. He has found some solace in the “Spoleto at Home” offerings. “I’m so pleased Spoleto has given its die hard fans something to cling to, and cling to it as I certainly am.”

He can rest assured that the program aims to provide that. Bradley Fuller, host of “Sonatas and Soundscapes,” which is part of “Spoleto at Home,” said that the quality of the recordings is such that it is the next best thing to attending a live performance.

“You can hear feet stamping emphatically in time with a boisterous Schubert scherzo. You can hear the chuckles in the audience as the St. Lawrence String Quartet pulls off a musical joke by Haydn,” he said, adding “It’s a digital Dock Street," he said.

Until that time when Spoleto Festival USA returns in 2021 and new chamber music programs fill the theater, and perhaps new babies take the stage, we can look back — and not take for granted looking forward.