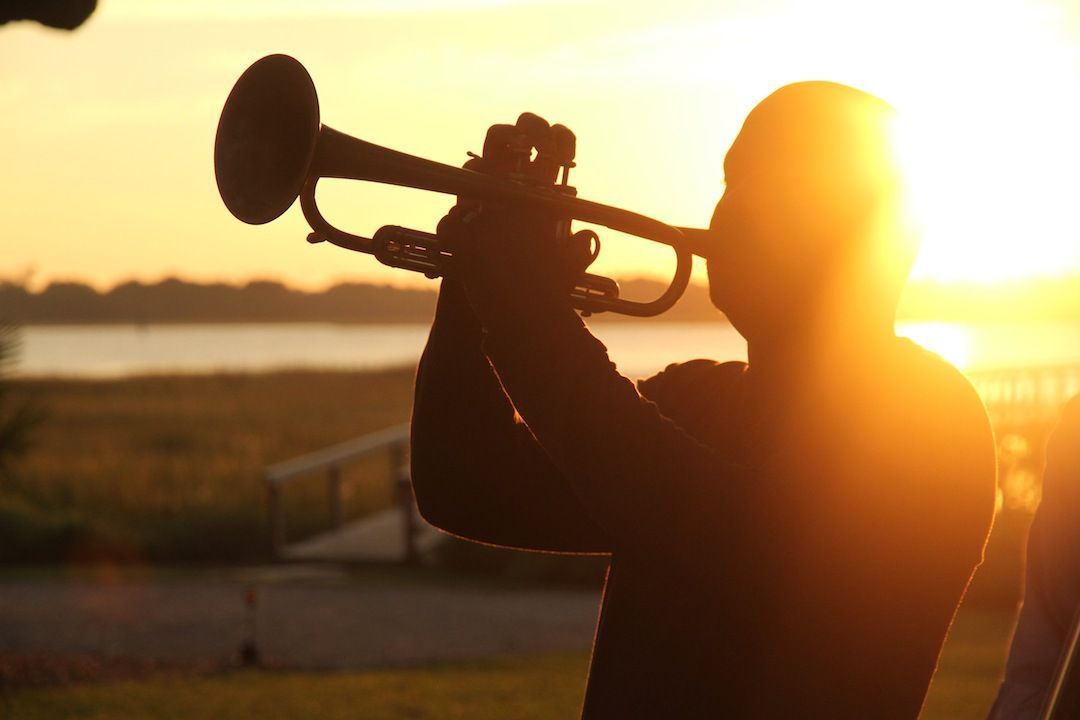 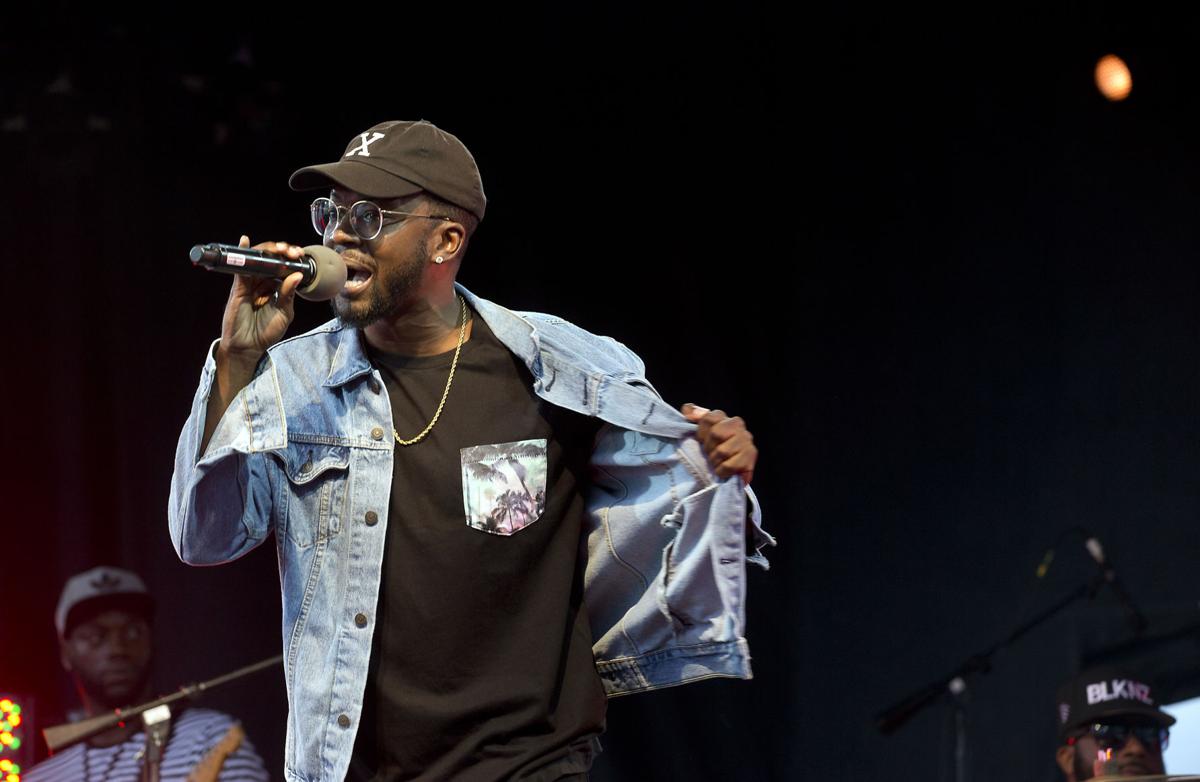 When I got married in my hometown of Charleston, I quickly identified the song for my walk down the aisle. Though it was an autumn wedding, that song would be “Summertime,” the Charleston-sprung favorite that George Gershwin and DuBose Heyward wrote for “Porgy and Bess.” It had comforted me on many a chilly night while living in New York City.

At our outdoor wedding, jazz trumpeter Charlton Singleton delivered it in a gorgeous, striking solo as I walked down the aisle. Standing before the afternoon marsh, his brass gleamed and his eyes smiled my way as I strode toward my groom and our future.

Thoughts of the song and that moment are fresh in my mind this week, with the opening of the Metropolitan Opera’s new “Porgy and Bess,” which has reignited longstanding discourse on the work.

While the opera famously focuses on an African American community surrounding a Catfish Row in Charleston, it was written by a trio of white men (Ira Gershwin is also credited). The Met has programmed events around the production that will likely explore topics such as cultural appropriation.

It has proven to be an uncanny choice for a wedding walk. When my husband and I are out and about, some rendition of the song is often playing in the background at dining spots and such. When we go out to hear jazz, chances are higher than average that we’ll be treated to a version of it.

After all, “Summertime” is one of the most recorded songs in all history, boasting more than 25,000 covers. There is the celebrated one by Ella Fitzgerald and Louis Armstrong and a virtuosic version by Miles Davis. There is Janis Joplin’s raspy, wrenching rendition, and a twangy, reflective one courtesy of Willie Nelson.

For me, its lulling notes are as resplendent as a balmy Charleston day. It is the bottomless depth of feeling that sinks down in my soul, the way my love for Charleston always has. Its glorious golden-toned beauty takes its sweet, sorrow-tinged time, like I wish I would.

I am keen to continue to experience all that I do through the song. However, if it causes consternation to the very Charlestonians it set out to grace, how do I respectfully engage with it?

For more context, I reached out to Harlan Greene, scholar in residence at the College of Charleston’s Marlene and Nathan Addlestone Library. A historian and a collector of “Porgy and Bess” artifacts, he has also edited a book on the work. In October, he will travel to New York with an intimate donor group from Preservation Society of Charleston to see the opera. He will also give a talk with Paul Cremo, the Met’s dramaturg.

“Gershwin first thought he would write a Jewish opera or a New York City opera,” said Greene, until he came across “Porgy,” DuBose Heyward’s book that inspired his work. “The power of the story drove him.”

When asked about the perennial appeal of “Summertime,” Greene deferred to another expert. In this case, that expert is composer Stephen Sondheim, who claimed Heyward's lyrics are among the best ever written.

Greene himself notes the irony in those lyrics, which are sung to the baby of Jake, a fisherman of little means and not the rich daddy the song cites. While the infant’s mother, Clara, may assure their child that the living is easy, it is bound to be far from that given their prospects on Catfish Row.

At the same time, Gershwin’s opera did create new opportunities for African American performers, when it hit Broadway in 1935 with its classically trained cast, among them Anne Wiggins Brown, the first African American female to attend the Juilliard School.

According to Greene, Gershwin had stipulated that only black singers could perform the work, as Dorothy and DuBose Heyward had done for the play based on the novel that well predates the opera. The estate upholds that today.

Still, for some performers, the opportunities don’t change its problematic nature. Such is the case with Benny Starr, a hip hop artist and native of Pine Hill, S.C., His songs often examine black empowerment and racism, with others focusing on feminism.

Last June, Starr was the first hip hop artist to be invited to perform at the Spoleto Festival USA finale. He opened his act with a rendition of “Summertime,” before launching into his own politically charged songs.

“I opened it with ‘Summertime’ specifically as a nod to the tradition of black entertainers, who in a way took that song back,” said Starr, who performed it as a quartet in reference to artists like Ella Fitzgerald and Billie Holiday, who had done the same. Even so, the work gives him pause.

“It’s hard to write about me without me,” he said, citing recollections of stories from his own grandmother and great-grandmother in South Carolina as the type of experience that should figure into such a work. “It’s really tough for me to square that away.”

Starr approaches the song with the understanding that there were no commensurate opportunities for black artists in the time in which it was written.

Others, like Ann Caldwell, see no problem with it. The vocalist, performing artist and storyteller has sung it in many ways, including with a band, with one accompanist and a cappella, the latter of which she finds most fitting for the lullaby. She was also in the chorus of the acclaimed Charleston production in the early 1990s, and feels there should be frequent productions here.

Charlton Singleton, who played the stirring solo at my wedding, says he has no particular issue with "Summertime." A member of the nationally acclaimed, Gullah-infused group Ranky Tanky, he feels it's a must for jazz musicians.

“For me, it has always been an honor to play this piece,” he said. A few years back, he recorded it as part of a promotional video for Charleston Area Convention and Visitors Bureau. “It was a tremendous feeling to get that documented.”

Charleston arts and modern technology: Are they friends or foes?

Singleton is moved to do so for a few reasons. He notes that it is an aria from one of the most famous American operas of all time. He values its ties to the Lowcountry. He adds that many of the greatest musicians have made it a point to record or perform it in their repertoire.

“I think multiple things can be true,” Starr said, fully acknowledging Gershwin’s phenomenal body of work and how it has become a standard. “For me, art can be stellar, and still be problematic.”

Still, knowing the discomfort the song may elicit in others, when it comes to “Summertime,” right now the listening is not quite so easy.

Starr suggests that it’s OK to sit in that discomfort. In a country as complex as America, he says, we should be able to discuss the arts or standards in this manner.

“It’s OK for us to be able to talk about these things in this way,” he says. “That’s what art does.”

As a means by which to talk in Charleston, “Summertime” could very well take on more meaning still, whether or not the give-and-take goes down as smoothly as the song so frequently has.