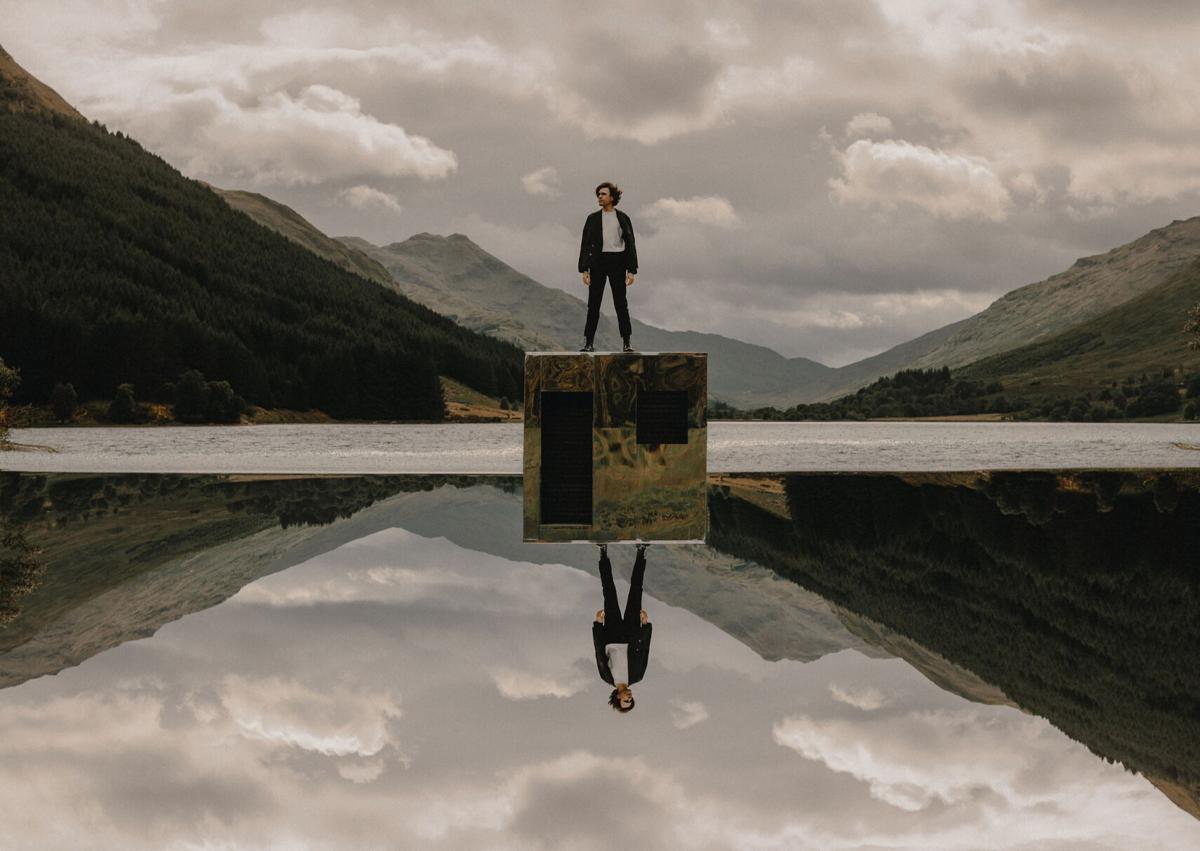 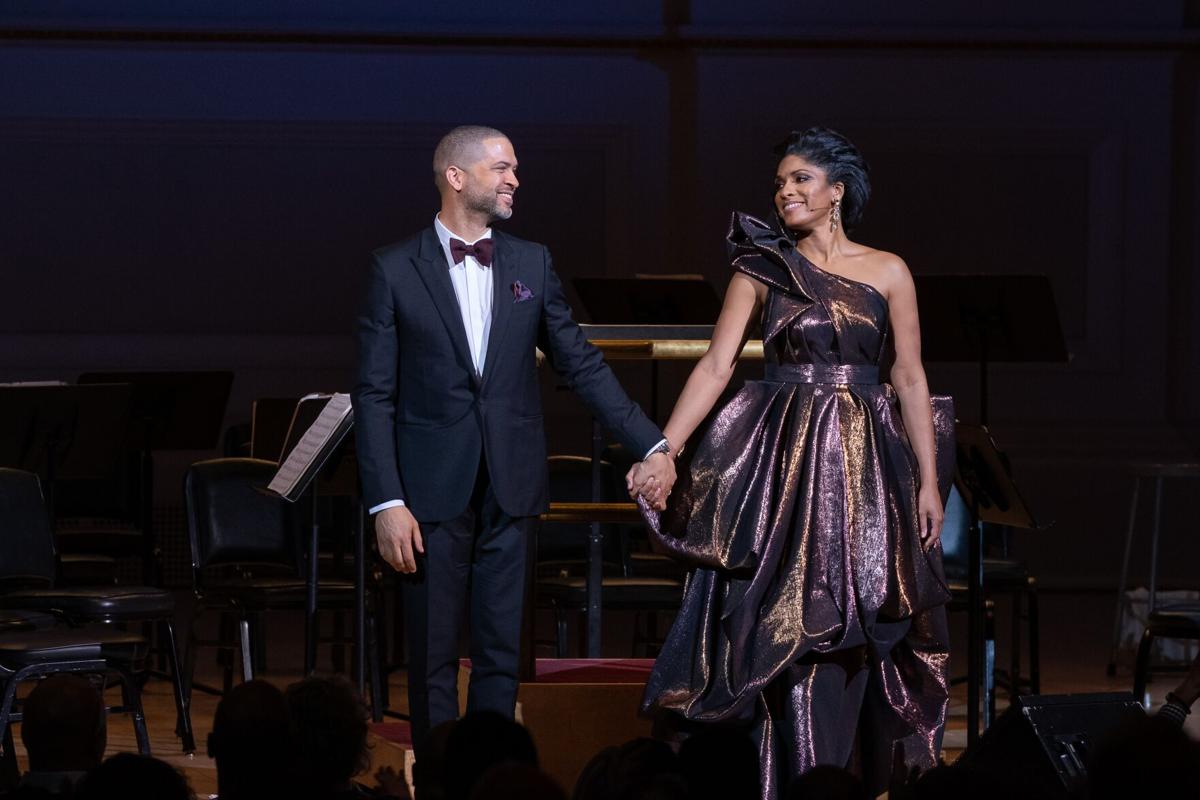 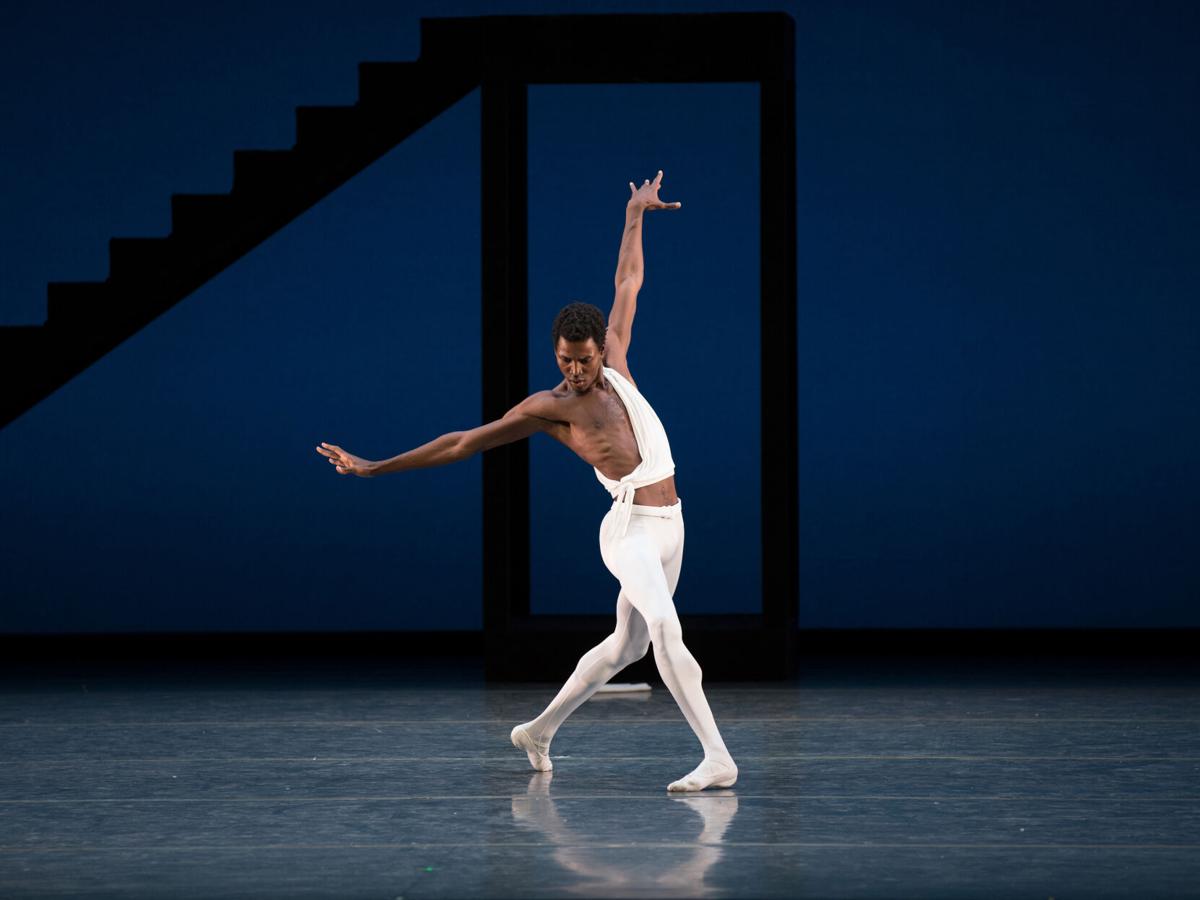 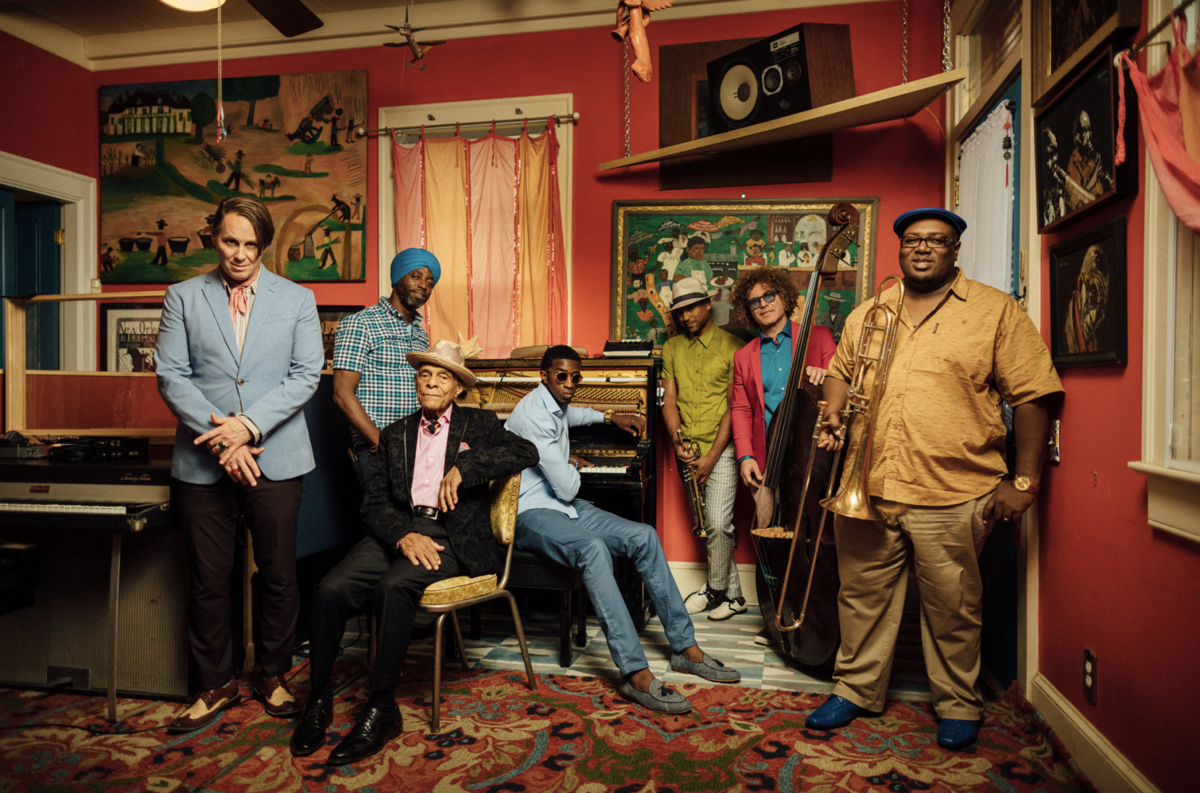 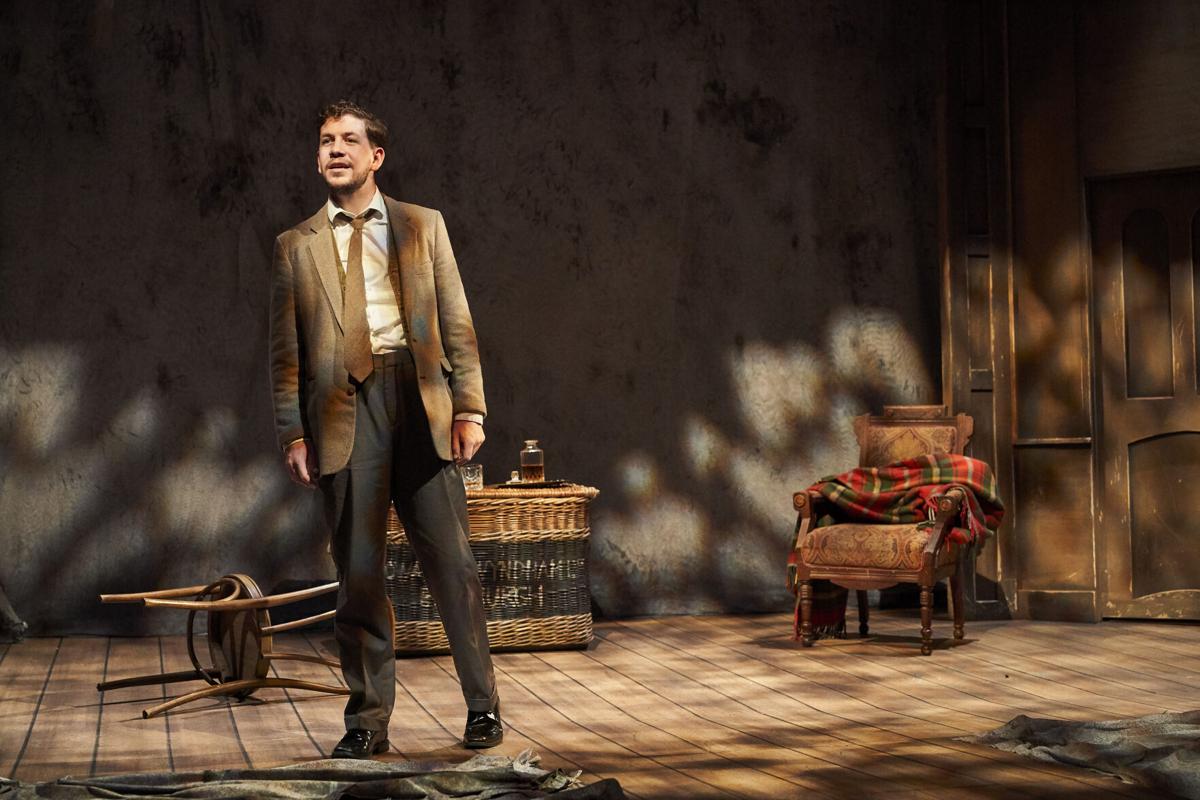 During Spoleto Festival USA 2021, "The Woman in Black" is part of the lineup. Susan Hill’s ghost story was adapted by Stephen Mallatratt, will run for 16 performances at the Charleston Visitor Center Bus Shed. Roger Mastroianni/Spoleto Festival USA/Provided

Spoleto Festival USA is officially back.

When compared with past years, the 45th season is notably hemmed in, but it marks Charleston’s first foray into mounting large-scale festivals since the pandemic began.

Undertakings tabled in the past year have included the 2020 Spoleto Festival USA, 2021 Charleston Wine + Food Festival and the 2021 Southeastern Wildlife Exposition, among numerous others.

From May 28 to June 13, Spoleto will once again take the form of a 17-day international, multidisciplinary performing arts extravaganza spanning music, dance, theater and more.

And while this year's event is the product of considerable efforts on behalf of the team, Spoleto Festival USA General Director Nigel Redden underscored it will look different than it has in previous years.

It will mount a reduced number of performances and seats, encompassing more than 70 in-person music, dance and theater performances and operating with an overall capacity of 25 percent of a normal season.

With its much-deliberated, measured ramp-up, it could be argued that the festival is positioned to lead the charge in Charleston.

"One of the things that distinguishes us from so many other festivals in the country is that we not only present but we produce. It means that while we're not building an opera set this year, we're building two theaters," he said, citing the need to do so for outdoor venues. "We can do that because we've had the experience."

The high level of artistry remains in place.

And, no, there is not a full-scale orchestral concert or the Westminster Choir.

But, yes, there is chamber music at the Dock Street Theatre — with four world premieres, no less.

"Chamber music without a chamber isn't chamber music. It would be an oxymoron," Redden said, cautioning though that the seats are few and 6 feet between.

And, no, there will be nary a Spoleto fete abuzz with decked-out arts patrons in homes and halls, air-kissing and parsing performances.

There will, however, be a virtual gala with marquee arts world icons for a very auspicious occasion: the sending off of Redden during his final festival at the helm before he retires in the fall.

Now about that program

Working closely with the Medical University of South Carolina’s Back to Business program to implement safety measures, this year’s COVID-19 constraints called for productions with whittled-down casts and thinner crowds. Still, Redden was determined to keep the level of artistic expression and execution high.

Wells Fargo Jazz is a go at Cistern Yard, which by its size lends to social distancing. Look for a special Charleston edition of Jason Moran and Alicia Hall Moran’s “Two Wings: The Music of Black America in Migration,” which combines music and storytelling.

Other oak-draped concerts include performances by The Cookers and Preservation Hall Jazz Band. On May 29, eight New Orleans jazz all-stars will collaborate for an evening celebrating banjoist, guitarist, singer and writer Danny Barker.

Each chamber music program will again be recorded and broadcast on South Carolina Public Radio's “Sonatas and Soundscapes” weekdays beginning June 4. Also this year, all 11 programs will be video recorded and shared for free by the Festival via email and social media platforms.

Dance plays out at Rivers Green, on a stage built over its fountain. First, the innovative Caleb Teicher & Company will perform two works in an hourlong production.

Then, in homage to that beloved balletic twofer known as the pas de deux, “Ballet under the Stars" offers a mixed bill from American Ballet Theatre and New York City Ballet dancers.

Following that, Ephrat Asherie Dance is up with "Odeon," an original work for seven dancers and four musicians set to the music of Brazilian composer Ernesto Nazareth, who is known for mixing early 20th century romantic music with samba and other popular Afro-Brazilian rhythms.

In theater offerings, the festival outfits the Charleston Visitor Center Bus Shed for evening performances of ”The Woman in Black,” an outdoor staging of the two-hander hit that has enjoyed a long run on London’s West End.

There are theatrical experiences in the ether, as well. New York's 600 HIGHWAYMEN will present “A Thousand Ways (Part One): A Phone Call,” an interactive, intimate exploring connection. Illusionist, mentalist and performance artist Scott Silven offers an immersive digital experience in “The Journey."

"What we wanted to do was to look at performances that needed to be done using technology, that it wasn't something that would exist on a stage," Redden said.

According to Mike East, Spoleto's director of production, there were as many as 40 iterations of the plan. The guiding mission was "how to engineer a festival that we could do safely and responsibly."

Beyond Spoleto, the success of this event could serve as a model to inform productions from others in the arts community.

"I hope it shows that there are ways to do this level of performing art in a time when we're still probably not going to be allowed to convene indoors for the foreseeable months," East said. "I hope people do see that it is possible and then try to replicate it."

When it comes to natural disasters, this is not the festival’s first foray. After Hurricane Hugo, Redden recalled suggestions that the 1990 festival be canceled. He was dissuaded by then-Mayor Joe Riley, who reasoned it was important to show Charleston it was back.

"I feel that that message holds true. It's the message that (Mayor) John Tecklenburg would give us now," Redden said.

Prior to the festival’s launch, a preseason virtual gala on May 22 celebrates Redden, with pre-recorded performances and messages.

And while his final season may have been tamped down by forces beyond anyone's control, Redden remains proud of the alchemy achieved.

“Still, despite the constraints and challenges, this season will be remembered for its moments of immense beauty. I want each audience member to have an unforgettable, magical experience — the kind that can only come from seeing live performance,” he said.