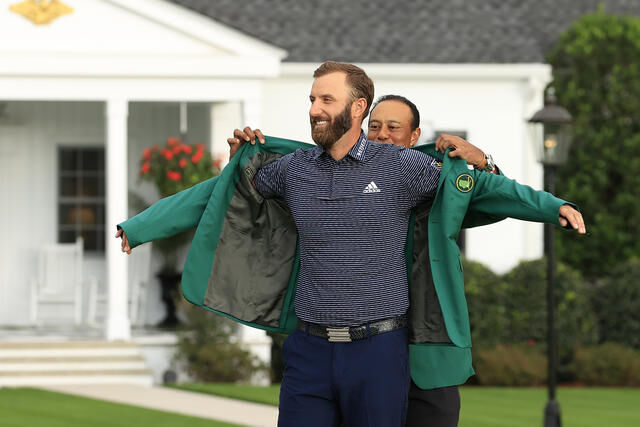 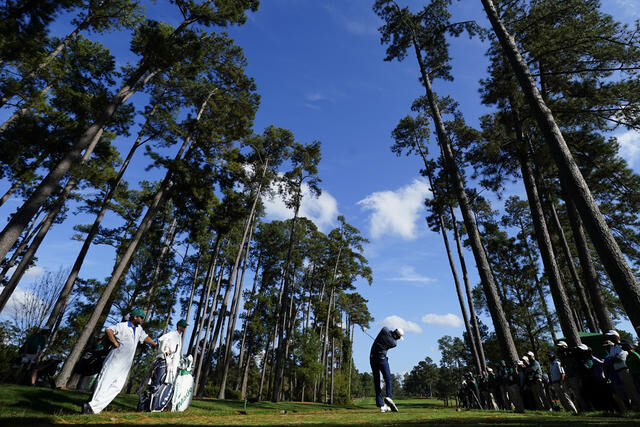 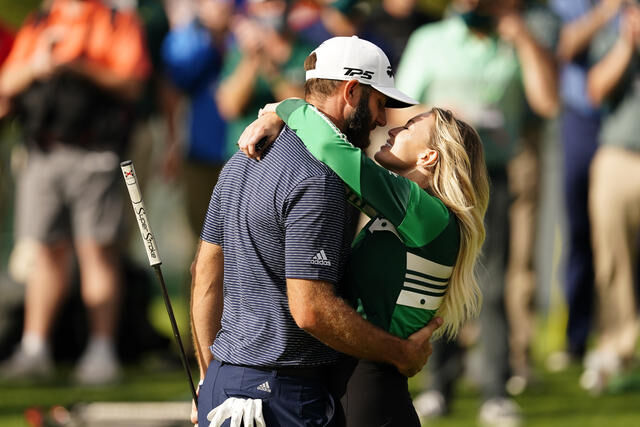 "Welcome to the club," Watson said.

"I’ve been dreaming of putting that jacket on my whole life,” the 2020 winner said after his record-shattering victory.

Johnson started playing serious golf as a kid slamming balls until it got dark around a driving range in Irmo named Weed Hill. Just over an hour away Johnson on Sunday put his name on the hallowed list of green jacket owners. Jack Nicklaus and Arnold Palmer, Ben Hogan and Gene Sarazen, Tiger Woods and Phil Mickelson.

Smith and Im finished five shots back. That's the largest Masters margin of victory since Woods' 12-shot romp in 1997.

It was the first Masters held in November, delayed from the usual April dates by the coronavirus.

There were only a few fans on the course all week, mostly club members and their guests and guests of players.

Sapakoff: An odd 2020 Masters is an ideal fit for No. 1 Dustin Johnson

No problem for Johnson; the reserved 36-year-old said it helped him focus. By any measure his second major championship victory — he also won the 2016 U.S. Open at Oakmont — was oh, so sweet.

It caps a sensational 2020 for the Columbia native and former Coastal Carolina golfer. He is ranked No. 1 in the world golf rankings and in September won a $15 million bonus as the FedEx Cup champion locked up with a Tour Championship victory.

"Dustin finished second at the Masters last year, second at the PGA last year and this year, sixth at the U.S. Open this year and now this win," said Claude Harmon III, Johnson's swing coach. "That’s the stuff that Jack (Nicklaus) and Tiger did. This was an opportunity for him to flip the script and change the narrative.”

Johnson, tied as a runner-up behind Woods in 2019, led this Masters by four shots after three rounds.

He had failed to win four other majors he led going into a Sunday.

Sapakoff: A fun, sad Augusta National walk around a Masters minus fans

D.J.'s biggest brushes with glory are almost too well documented:

• This year at the PGA Championship he shot 68 in the final round at Harding Park in San Francisco, but lost by two strokes when Collin Morikowa shot 64 and beat Johnson by 2.

And Johnson was on a roll coming into the 2017 Masters as the No. 1-ranked player when he had to withdraw after injuring himself with a fall at his Augusta rental home.

“Growing up so close to here it’s always been a tournament I wanted to win the most," Johnson said. "Being close the last couple year, finishing second last year to Tiger, this is something I really wanted to do.”

More tender-hearted than he shows in public, Johnson got emotional during and after the official green jacket ceremony at which Woods slipped a 42-long onto the man who reigns until April.

The proud father couldn't wait to get to a nearby rental home and share the fun with his sons, Tatum and River Jones, who were unable to accompany their mother Paulina Gretzky to the course Sunday because of the Masters' COVID restrictions.

Johnson is the second Masters winner with a strong tie to South Carolina. The late Henry Picard, a Massachusetts native and the longtime pro at the Country Club of Charleston, won the 1938 Masters.

Dustin Johnson's Masters by the numbers