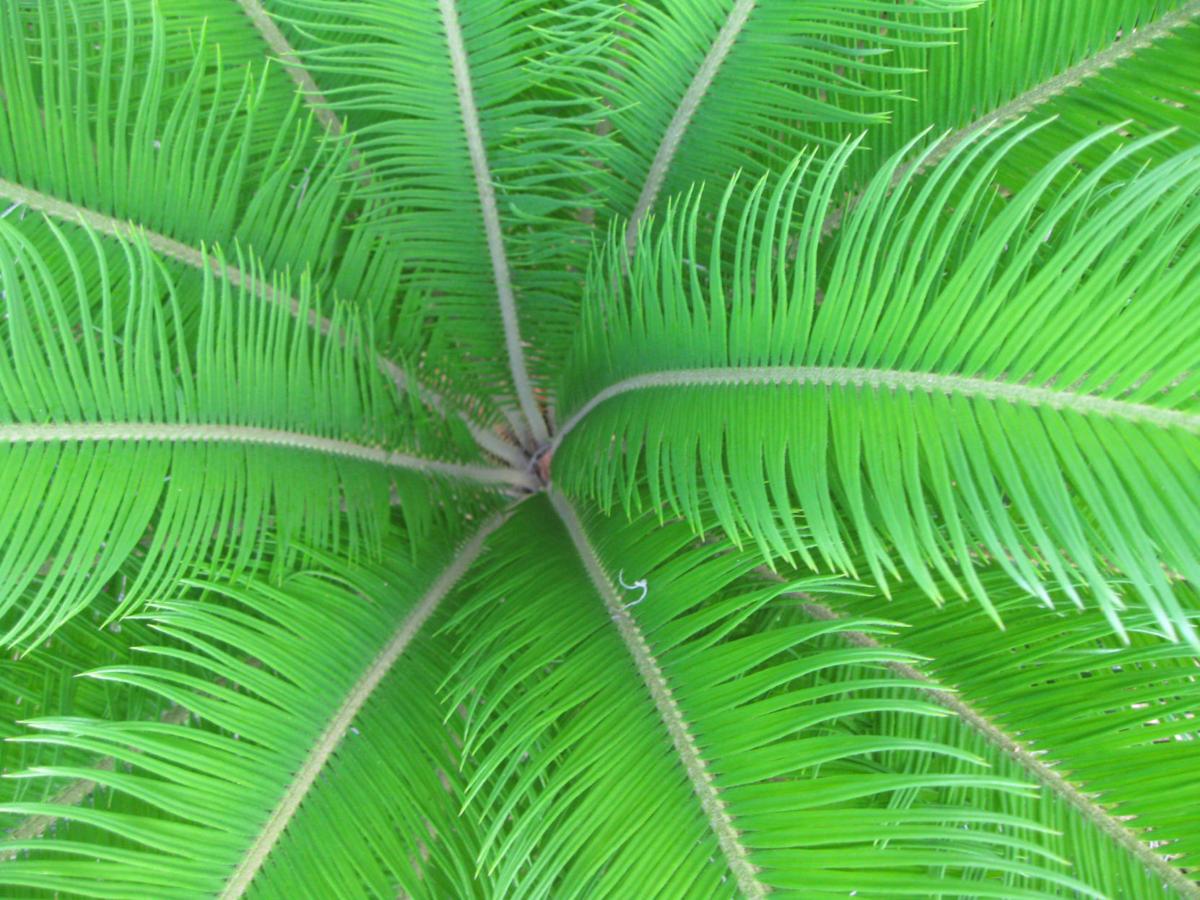 Sago palms are not palms but are part of the plant family Cycadaceae. 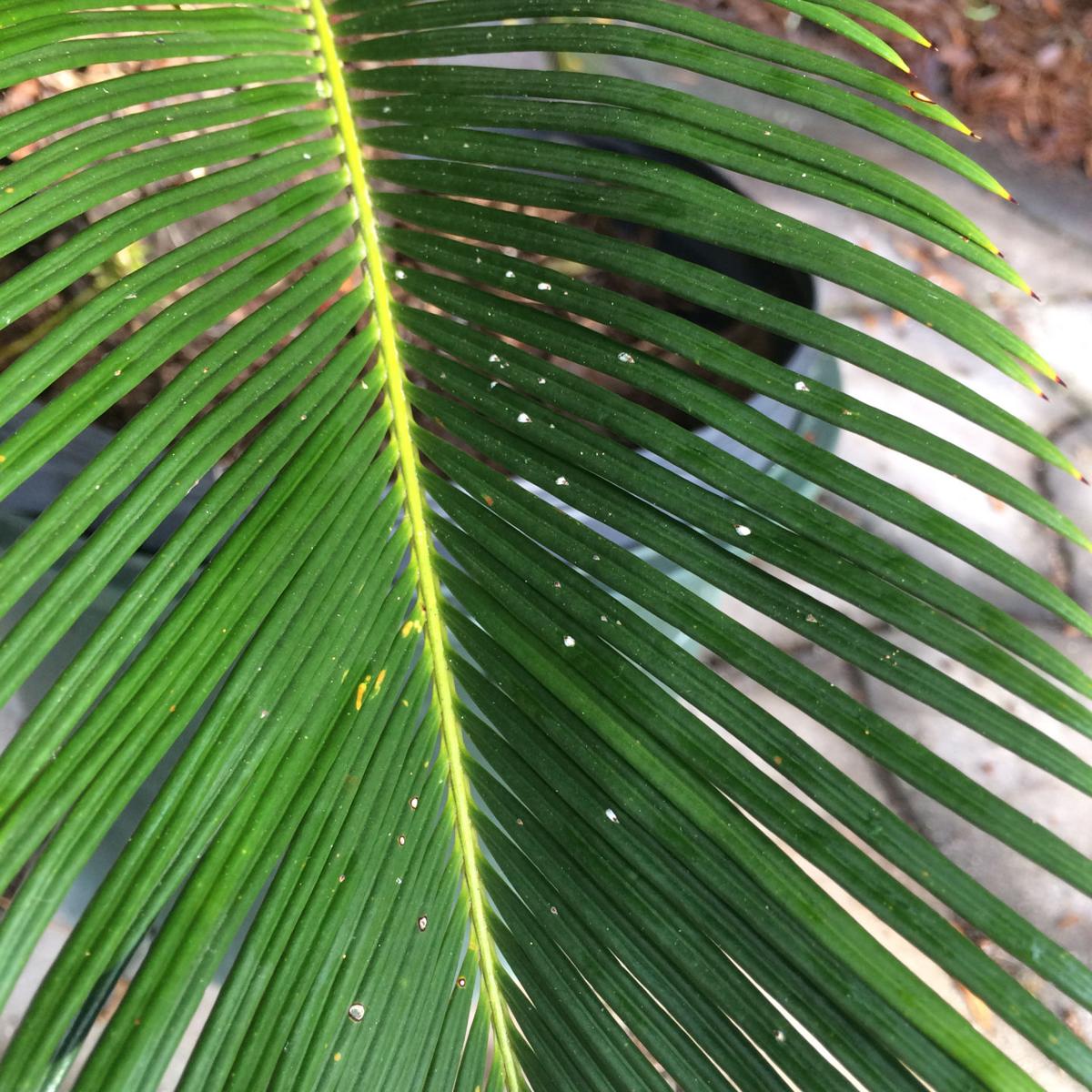 Scale insects tend to appear on the shaded lower leaves of sago palms. Spray the scale with horticultural oil and remove leaves with heavy infestations. 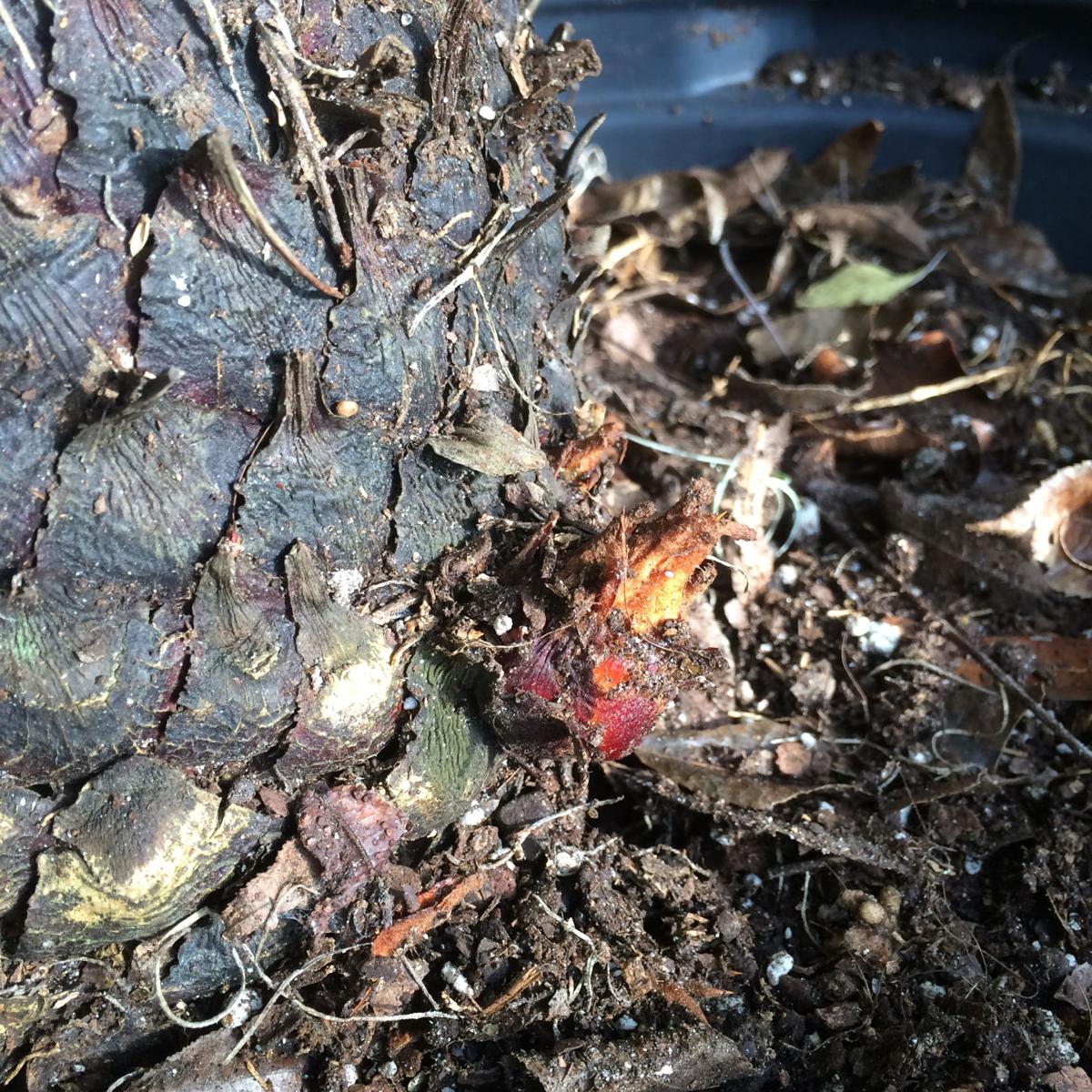 Side shoots develop on the stems of older sago palms. These shoots can be gently broken off and potted to start new plants.

Sago palms are not palms but are part of the plant family Cycadaceae.

Scale insects tend to appear on the shaded lower leaves of sago palms. Spray the scale with horticultural oil and remove leaves with heavy infestations.

Side shoots develop on the stems of older sago palms. These shoots can be gently broken off and potted to start new plants.

The unusual snow that fell a year ago put a classic Lowcountry plant in the spotlight. Sago palms (Cycas revoluta) seemed to be on many gardeners’ (and dog owners’) minds.

Older sago palms with bare stems that have lost their lower leaves look like palms, but they are not palms. They belong to the plant family Cycadaceae, so the common name for this group of plants is “cycad.” “Sago” refers to a type of edible starch that is harvested from some related species.

Sago palms are such a fixture of Southern gardens that the 1984 edition of The Southern Living Gardening Book listed them as Southern heritage plants, even though they are native to tropical islands in southern Japan. Just as human transplants who have lived in Charleston for 25 years are considered almost natives, sago palms have been adopted by Southern gardeners.

Sago palms are hardy in USDA zones 8 to 11. According to the "Manual of Woody Landscape Plants" (Stipes Publishing, 1998) by Michael Dirr, formerly of the University of Georgia, sago palms can survive temperatures as low as 11 degrees, although temperatures that low will kill the foliage.

Here in Zone 8, sago palms need winter protection, as last year’s ice and snow reminded us. A large blanket that reaches to the ground is the best shield against freezing temperatures. Covering just the leaves is not sufficient, as cold air will seep under the edges of the blanket.

Cold-damaged leaves should be removed, since the injured leaves become susceptible to several fungi that cause small, unsightly spots on the leaves.

Sago palms can be grown in pots that can be moved to a sheltered place during cold weather. Eventually, though, these plants will outgrow even a large pot, or the plant will become so top-heavy that is difficult to keep the plant and pot upright in heavy winds.

When potted plants get too large to manage, new plants can be started easily from side shoots that appear as swellings covered with brown, scale-like leaves at the base of the stem. A shoot can be broken off the main stem and planted in a pot. My current sago palm is the granddaughter (or grandson) of my original plant.

Squirrels eat young cycad leaves, so newly potted shoots should be protected from attack. The last time I planted a shoot, I eventually had to move the pot indoors after squirrels twice ate the newly emerged leaf.

Sago palms do best with some afternoon shade to prevent sun scorch on the topmost leaves. Be aware, however, that too much shade will encourage scale insects to grow on the lower leaves. The easiest way to combat this pest is to remove the affected leaves. If potted sagos get scaly, they should be moved to a sunnier spot. Leaves can be sprayed with horticultural oil. The University of Florida Extension Service recommends four weekly sprays to be sure all scale are eliminated.

Manganese deficiency is a another potential problem of sago palms. The new leaves turn yellow and brown after expanding. Symptoms appear similar to those plants growing at the northeast corner of Highway 17 north and Mathis Ferry Road in Mt. Pleasant. The remedy is applying manganese sulfate as described in another University of Florida Extension fact sheet.

Last year’s ice and snow damaged many sago palms. As pieces of damaged leaves broke off plants, dogs ate some of them. I know several pet owners who made emergency visits to vets with vomiting dogs. All parts of sago palms are toxic to dogs, cats and horses.

Sago palms grow large, at least six feet tall and wide, including side shoots that develop if left attached to the main plant. They should be planted in a site that will allow them to expand as they grow. The leaves have sharp tips, and the bases of the leaves have sharp points, so plants should not be located along a walkway or driveway.

Despite a few drawbacks, sago palms are easy to grow and a characteristic feature of Lowcountry gardens.

Anthony Keinath is professor of plant pathology at the Clemson Coastal Research & Education Center in Charleston. His expertise is in diseases of vegetables. He is also an avid gardener. Contact him at tknth@clemson.edu