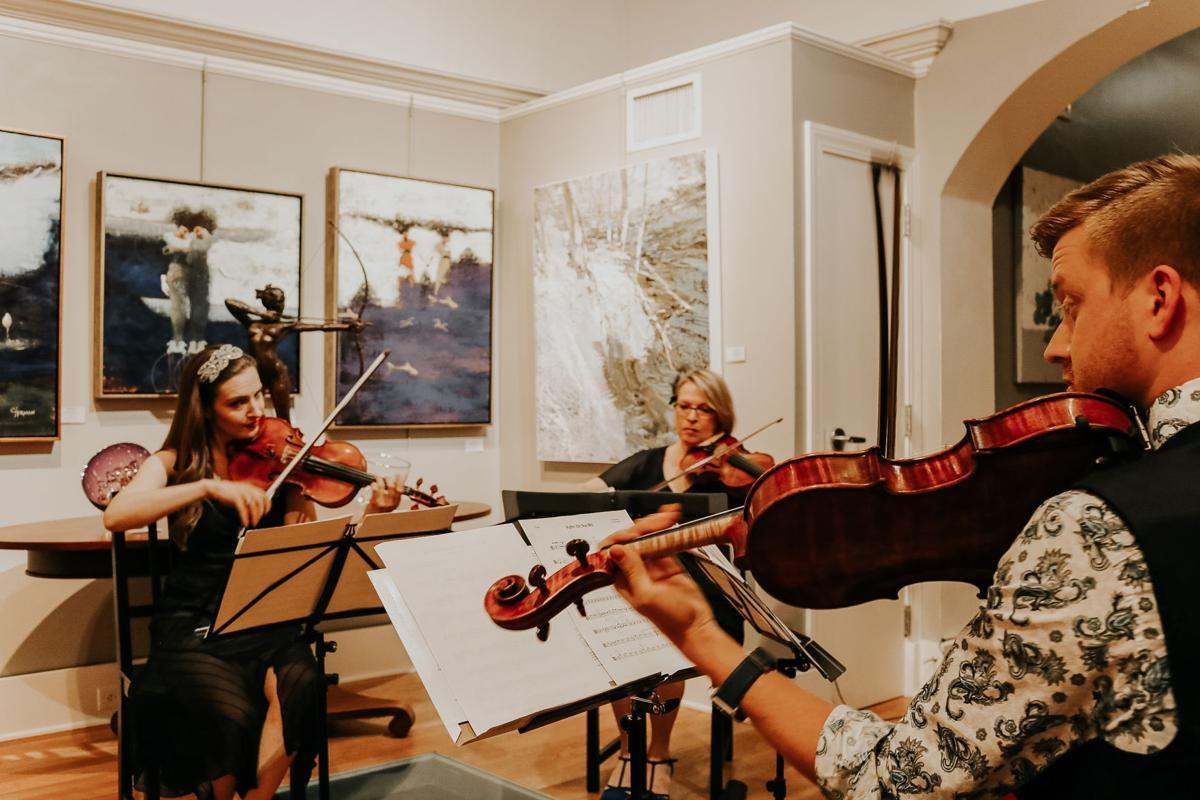 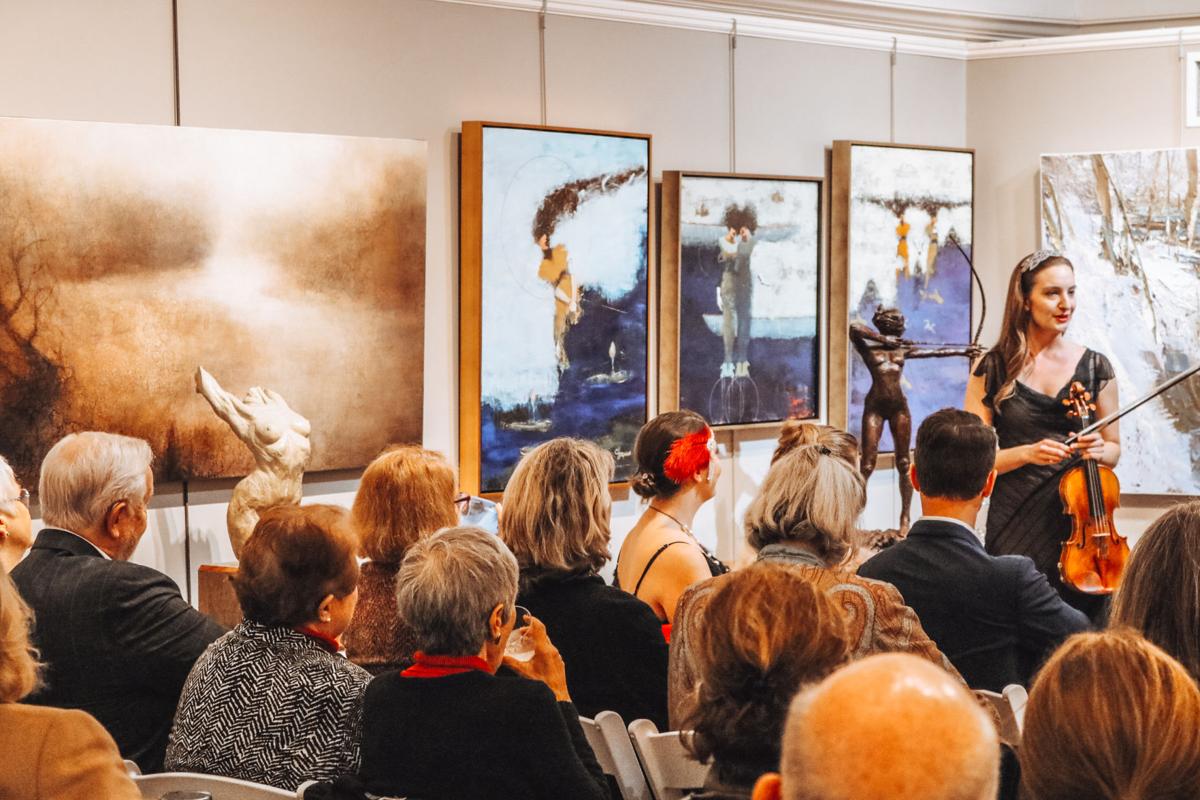 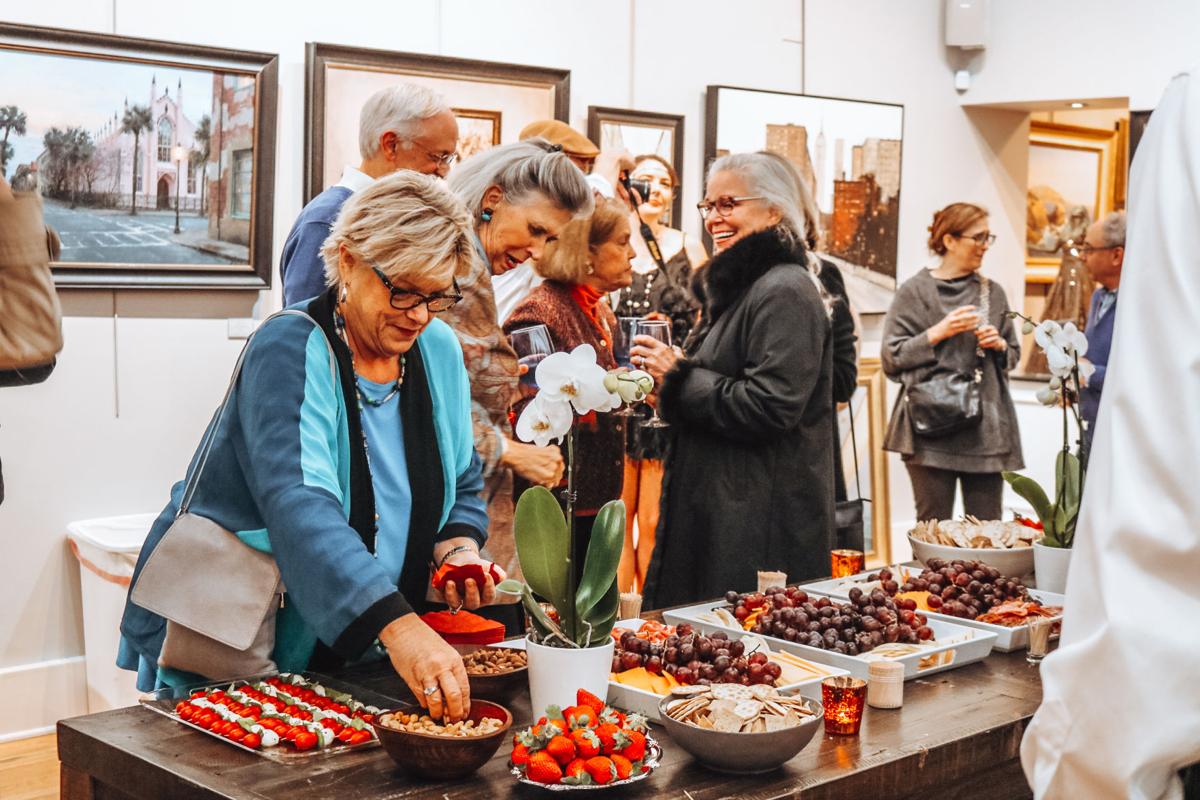 I didn’t need a secret code to get in the front door. Once inside, the crowd was not covert about the liberal hooch on hand. However, there was ample afoot in tenor and tone during Q Concerts’ “Speakeasy!” to transport us all to the heady, complex days of the roaring 1920s.

And while the famously decadent decade might have been a time when alcohol was verboten, Sunday’s concert demonstrated the music of the era was plenty intoxicating, with or without the bathtub gin. An aural cocktail that swirled in all manner of cultural influences, "Speakeasy!" illustrated with terrific skill and verve how works composed in or informed by the 1920s could be as soul-stirring as they were energized.

Such spirit is on mission for Q Concerts, the chamber music series created by artistic director and violinist Lydia Chernicoff, who aims to present contemporary and classical works in a casual setting, and to help spark community by doing so. An accomplished recitalist, chamber musician and orchestral player, Chernicoff moved to Charleston in 2017 and started the series in 2019.

Sunday’s concert checked all those boxes. In this instance, the setting was particularly a propos for the concert's theme. Like the the Prohibition-era blind tigers that famously veiled their intended use, the gathering at the chic Principle Gallery Charleston could well appear to a Meeting Street passerby to be a Sunday evening art opening. However, there was something altogether different in the offing at the hand of the evening's string quartet.

This inspired use of a commercial space is just the sort in which I delight. As the city's escalating rents challenge local artists to secure venues, partnerships of this nature make it possible for artists like Chernicoff and company to dream up evenings like "Speakeasy!," which are also often informed or enhanced by such locales.

Case in point was a deliciously louche oil painting by Joseph Lorusso entitled “The Dinner Party" that was hung behind the musicians and that uncannily captured the very excess and glamour of the roaring '20s theme. In it, dapper tuxedoed gents slumped over Champagne bottles and coupes. Women with elegant gowns askew lurched and laughingly gasped. It could have been an evening at West Egg hosted by Jay Gatsby himself, teetering between the effervescent and the untoward.

Now, about the music. It was performed by a string quartet, a sound choice to evoke the Lost Generation, with its capacity to span the merry and the melancholy. A gemstone-crowned Chernicoff, on violin, was joined by Pamela Hentges on violin, Hilary Glen on cello and Daniel Urbanowicz on viola, each accented in feathers or other finery, charmingly belying the seriousness of their musicianship. (Others in the audience were decked out, too, sporting peacock robes and headpieces).

Like the era it invoked, the program served up a suitable juxtaposition of sparkle and depth. One striking composition after the next demonstrated the complexity of those times, the dazzle and the despair, and often in the same breath.

The evening launched on a bubbly, convivial note with three '20s standards:  Duke Ellington's "It Don't Mean a Thing if You Ain't Got that Swing," the Gershwins' "Someone to Watch Over Me" and Irving Berlin's "Puttin' On the Ritz."

From there, the program pivoted to pioneering female composer Amy Beach. “Quartet for Strings (in one movement), Op. 89" which dates to 1929, folded in three Inuit folk songs. At first pensive and wistful, the work then bursts in a giddy, flitting middle, which in turn works itself up into frenetic state before ultimately, forlornly fading away.

Next up were "Three Rags for String Quartet" by contemporary composer William Bolcom that is infused with the exuberance of ragtime, yet underpinned with his clear composition mastery. We move from a jaunty first movement, "Poltergeist," then mellow into a second, the beguilingly haunting “Graceful Ghost,” then ramp up the rag again with “Incineratorag.”

When, at the program's end, we landed back home with composer James P. Johnson's “The Charleston,” I had that same feeling that often accompanies a return from a far-flung journey. Transported by the artistry of these four exceptional musicians, I was profoundly enriched by faraway places they conjured, which in this case included an emotionally resonant immersion in a fabled moment in time.

At the same time, as I listened to them animate the flapper-happy hit made famous by our city's celebrated name, I relished their warm, familiar welcome back to a place like no other.