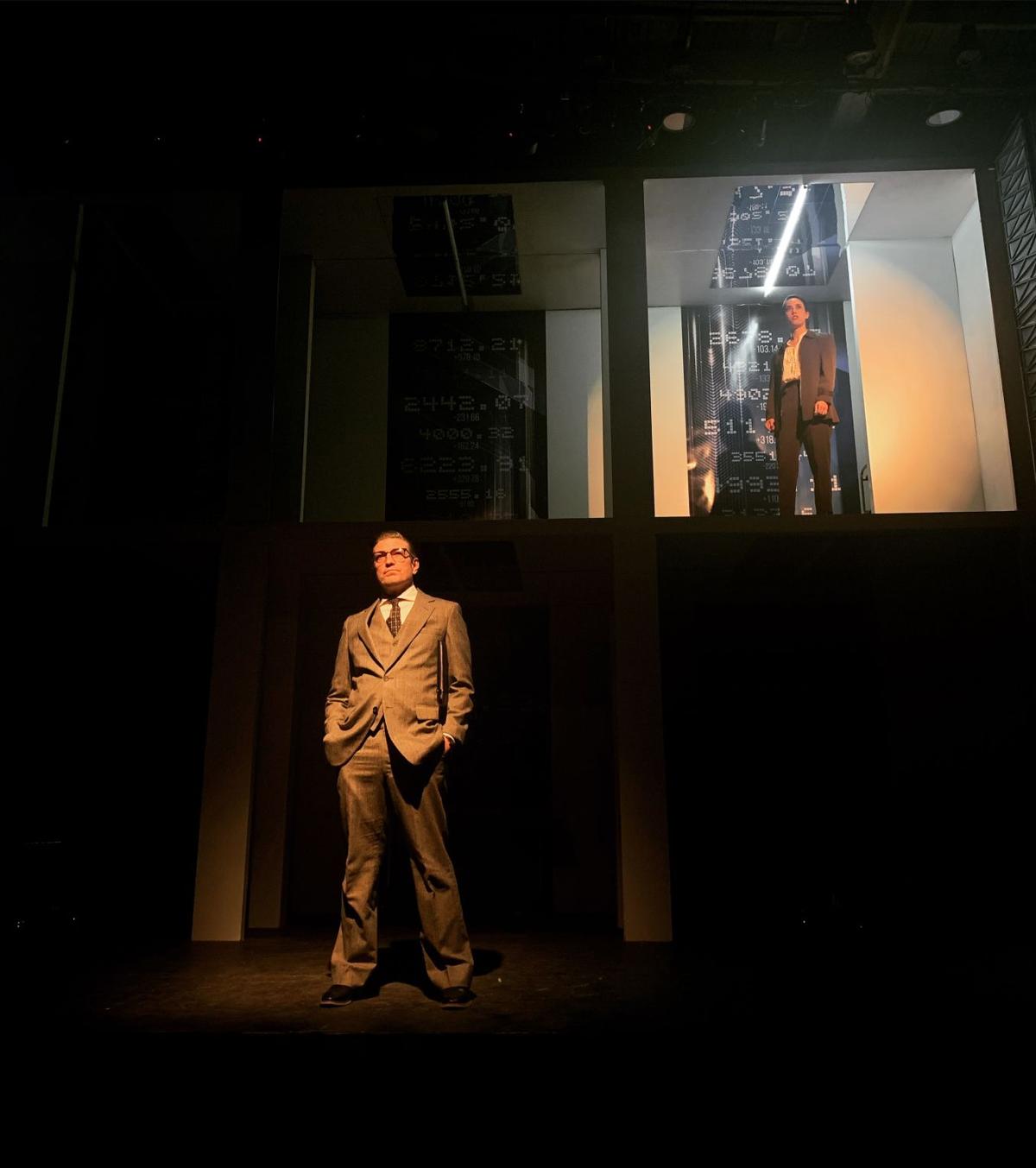 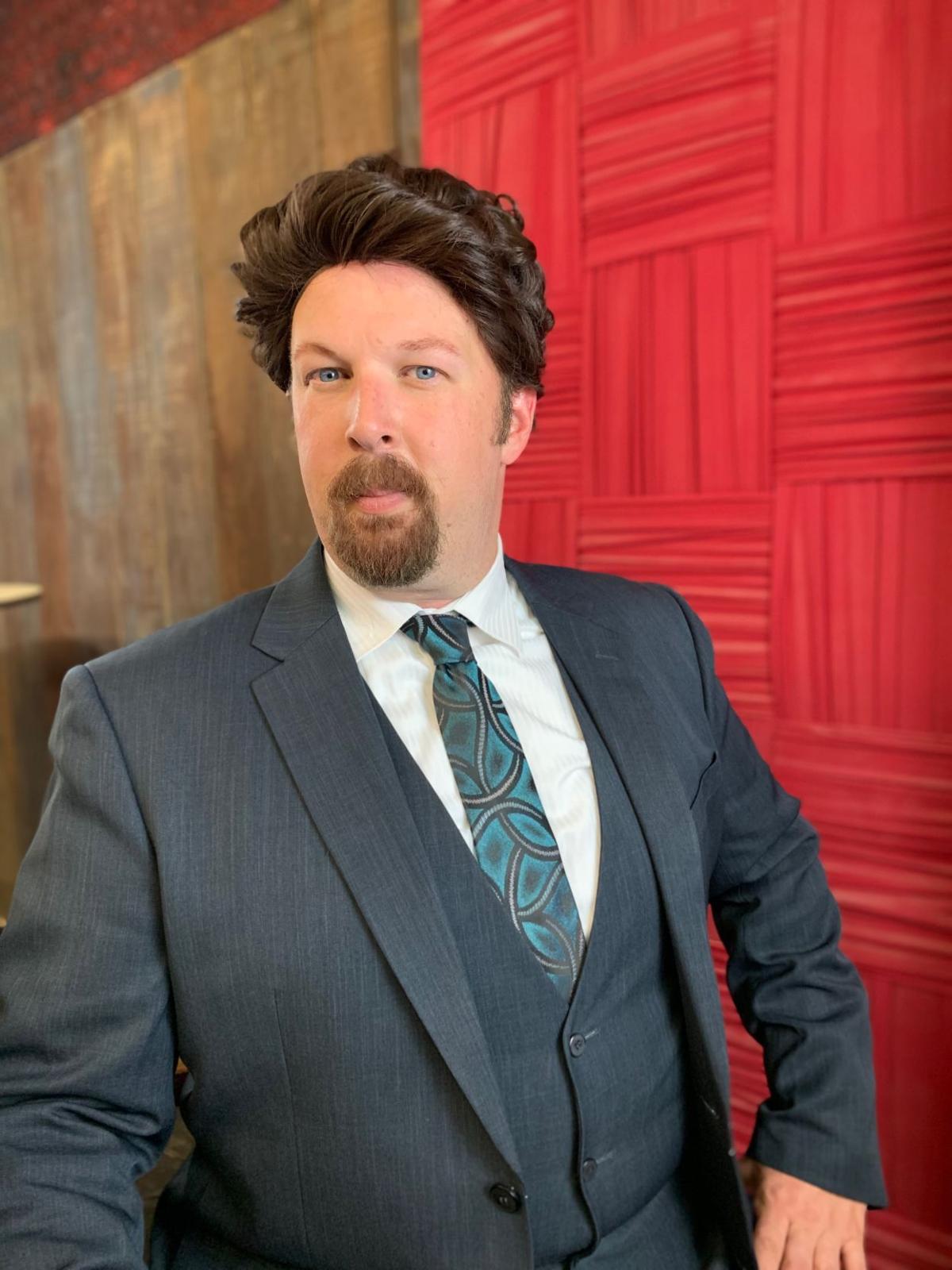 Here's an insider tip: If you're a little murky on the financial scandals of the 1980s and why they still provide valuable context for America today, you can sharpen your Wall Street savvy right here on Woolfe Street.

In Ayad Akhtar's play "Junk," the Village Repertory Company charts the emergence of an opportunistic West Coast trader who exploits the weaknesses of Dow Jones companies to gain control of them. He does so by way of junk bonds — famously high-risk, high-yield securities connected with companies which fall below investment grade and are thus reliant on such an influx of cash to address their debt.

And, yes, I am out of my usual lane with such trading-floor matters. However, I well recall the front-page news surrounding Michael Milken, the 1980s trader known as “The Junk Bond King," who got into federal hot water for illegal dealings. He did so with the help of bad business with Ivan Boesky that was ultimately exposed by an ambitious district attorney by the name of Rudy Giuliani.

In "Junk," those names have been changed to protect the not-so-innocent. However, in this play (written by the Pulitzer Prize winner of "Disgraced" and which made its Broadway debut in 2017), their defining characteristics are clear and present. The work, which is directed for Village Rep by Keely Enright, charts how prestige American companies on the Dow Jones were once brought down by such junk bond-wielding barbarians at the gates.

The show must go on. The cell phone must not. Dos and don'ts for Charleston performances.

The journey starts when a trader named Robert Merkin (Robbie Thomas) places in his crosshairs Everson Steel, a family-owned company in Pennsylvania. As Merkin and company focus "unwelcome attention" on it and its owner and heir Thomas Everson Jr. (Dave Reinwald), "Junk" explores how all of those dot matrix decimals were informed by American manufacturing presumptions of global dominance.

We are thus put through the paces with Everson as he attempts to ignore, repudiate and outmaneuver corporate raiders who played by an unprecedented set of rules, including ignoring legal rules they oughtn't.

As the playwright endeavors to reveal Merkin in all his dimensions, as much family man as marauder, he is rendered as much blunt-force object as well-honed weapon. (On that note, while the '80s huge-hair wigs were meant to evoke that head-scratching era, at times they neutered a few of the characters that would have done well to maintain their edge).

There are Merkin's accounts of antisemitism in the upper echelons of Wall Street. This plays into his burning desire to control the entire Dow Jones, picking first on vulnerable companies and then aiming to work his way up to the likes of General Electric and American Airlines. There is also palpable pathos in Reinwald's Everson, who must witness his family's company coming apart at seams as American as Old Glory.

Review: Jazzed up or wired, in Charleston, happiness is a warm violin

And if you think those practices went out of fashion when Milken was convicted of securities fraud and banned from trading, guess again. For that reason — and for the play's consideration of the American corporate myopia and the financial fallout of xenophobia — “Junk” is well worth the jarring journey.

Even with such towering stakes, as well as those attendant insights into the cultural fissures that allowed those gates to be forced open, I did crave more menace and fire, particularly in light of pointed lines like "The only thing we care more about than race in America is wealth."

After all, Milken may forever be relegated to the other side of Wall Street's gates, but his story is one from which we can all still profit.

When: through Saturday, Feb. 8