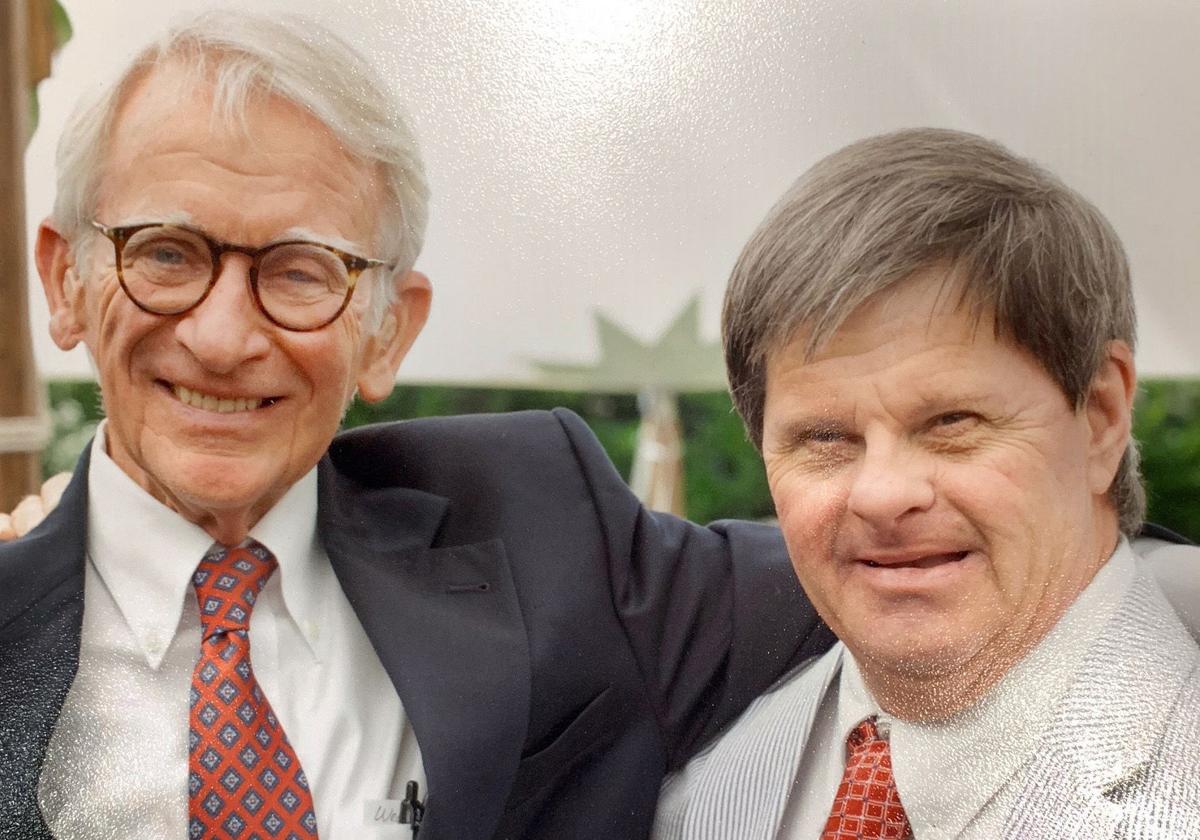 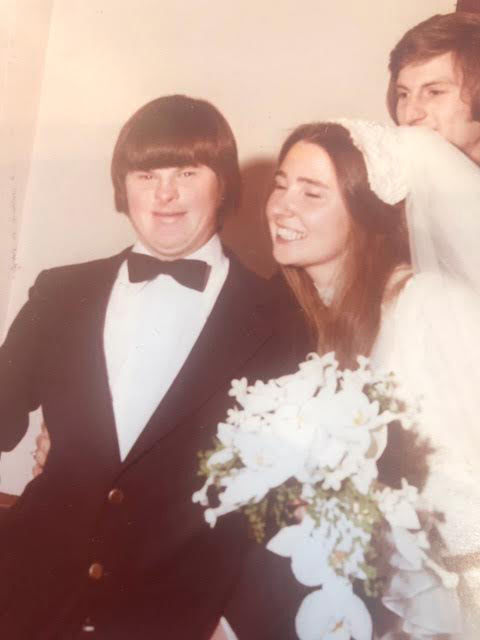 George Ramsay (left) at one of the many weddings he attended. Provided/Rhett Outten 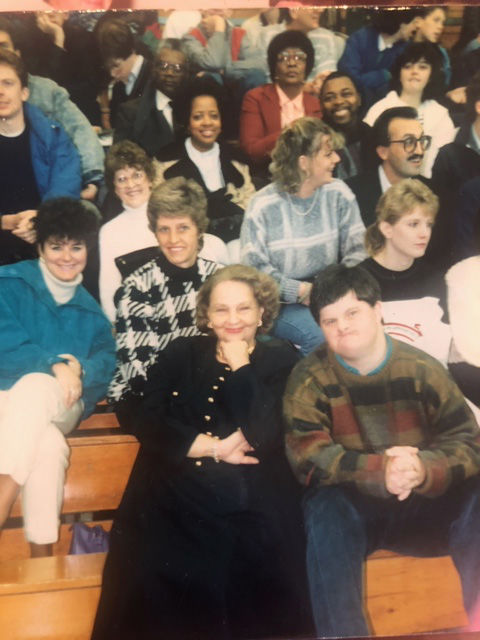 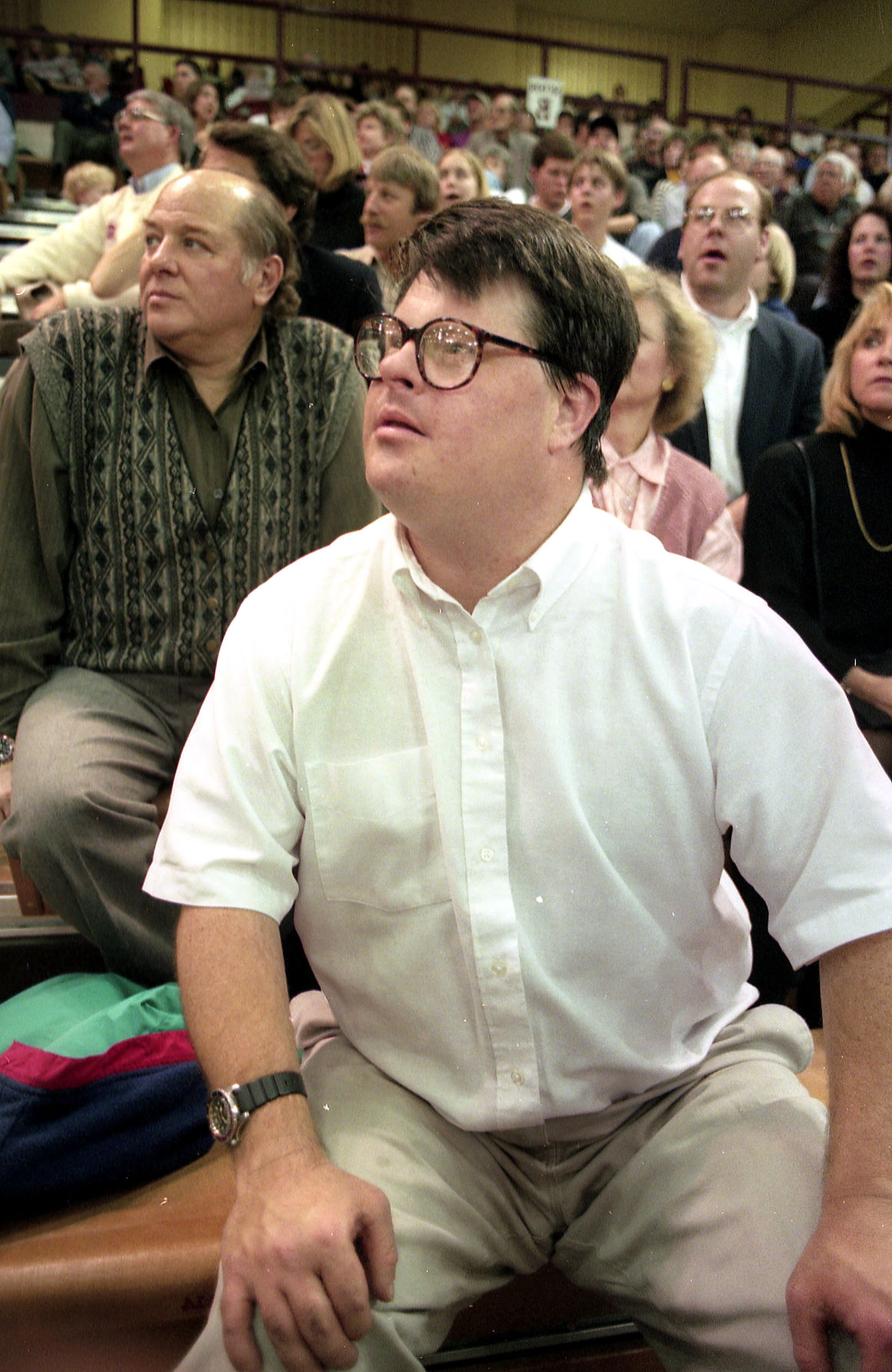 He was a figure on the Charleston scene, donning perfectly pressed khakis and button-down shirts. He had an uncanny ability to remember the name of most anyone he met, and was known to call out greetings on King Street in the days he worked at his family's business, Croghan's Jewel Box.

He loved to dance with brides at weddings and to travel around the country to cheer on the College of Charleston Cougars basketball team.

And George Ramsay also had Down syndrome, a fact that was significant in that his story and his life helped shift perceptions of special-needs individuals throughout South Carolina.

Ramsay, 58, who died Thursday from complications related to the onset of Alzheimer's disease, had come into the world April 2, 1961, a time when individuals with Down syndrome were rarely folded into mainstream society, and instead were sent to live at institutions.

Ramsay's destiny was not to be in the shadows but in the light of his Charleston community and family. His parents, Mary and George Ramsay Sr., were among a handful of parents with special-needs children in the city then who were committed to providing them with as much education, interaction and independence as possible.

Review: A 6-year-old weighs in on the feel-good fun of Charleston Stage's 'Elf'

To do so, they worked together to start a kindergarten, establish group housing, promote socialization and engage in statewide advocacy.

Such rigor shifted the culture significantly and was able to do so because of the clear and compelling success achieved by individuals like Georgie, as he was affectionately called around town.

Over the course of his life, Ramsay served as altar boy at the Cathedral of St. John the Baptist, worked at Croghan's and enjoyed a 23-year tenure as a bagger at Bi-Lo, twice earning employee of the month.

He was also a beloved ambassador to the special-needs community by way of his infectious charisma, charm and impeccable manners that came together in the quintessential Charleston gent and bon vivant. In fact, he was so widely recognized in town and elsewhere that his parents and siblings viewed him as the rock star of the family.

Need inspiration for holiday gifts? Leave it to the pros: Charleston artists

"You couldn't go anywhere without someone calling out to Georgie," said his sister Rhett Outten. "If you were in a Burger King in Conway, South Carolina, someone would know him."

His sister Mariana Hay attributes this to his magnetism. "When he walked into a room, he would light it up."

With such spirit and zest for life, he cultivated influential friends, too. Among them was Mayor Joe Riley, who had known Ramsay since he was born, when Riley was in college, as their families were both members of the Cathedral of St. John the Baptist.

"He was the consummate gentleman," said Riley, who kept a picture of Ramsay in his office. He considered him a friend, one who always asked after his wife and parents.

"If you saw Georgie at an event, you would make sure you did not leave without speaking to Georgie," he said. "And it wasn't because you were being nice, it was because he would make you feel better. He had that ability."

Ramsay also struck up a long friendship with John Kresse, the College of Charleston's famed basketball coach. According to Outten, Kresse invited her brother to join him at basketball games, sitting behind him, which led to Ramsay regularly traveling to cheer on the team at away games as far afield as Hawaii.

Pineapples don't grow in Charleston. So how did it become the symbol of the Holy City?

However, if the Ramsays had heeded the advice of professionals in 1961, his life may have been different. Shortly after he was born and dubbed George Philp Ramsay Jr., his parents were told he had Down syndrome and were encouraged to place him in an institution.

His parents thought otherwise. According to Outten, at first her mother, Mary Ramsay, went home and wallowed. After a few days, her husband rallied her to get out of bed and take action.

The rest is literally history, with the couple joining forces with other parents of special-needs students, including Louise Ravenel, who was keen to create a rich life for their son William. Outten said her mother was known to walk up to anyone she saw with a special-needs child and entreat them to join their efforts.

Such tenacity resulted in her mother being appointed to a special commission for individuals with special needs, cheering her son on in the Special Olympics and creating a life that both inspired the community and changed the way many viewed those with Down syndrome.

At an early age, Hay was so taken with her brother, who was two years younger, that she claimed him for her own when she was 4. They spent the rest of their days together palling around, with Georgie as her perennial wing man. "When I got my driver's license, George went with me."

She was so moved by her time with her brother that she eventually earned a special education degree from the College of Charleston, serves on an education advisory council at the college and regularly supports the special-needs community in both her personal life and as co-owner of Croghan's Jewel Box.

Ramsay's role as an agent of change radiates far beyond the family. Helen Hill, who grew up in downtown Charleston with George Ramsay, recalls his impact on her own understanding of those with special needs. "The Ramsay family provided those of us who grew up with them the great blessing of understanding that the Lord created us all different," she said.

"While other families sent their Down syndrome children away to institutions, Mary Ramsay helped us embrace Georgie as a part of our lives. I didn’t know that it was unusual until I went to college. We are the ones who were blessed to know George."

Ramsay's impact will continue in his death. His family has donated his brain to the Carroll A. Campbell Jr. Neuropathology Laboratory at the Medical University of South Carolina, which will use it to develop a better understanding of Down syndrome.