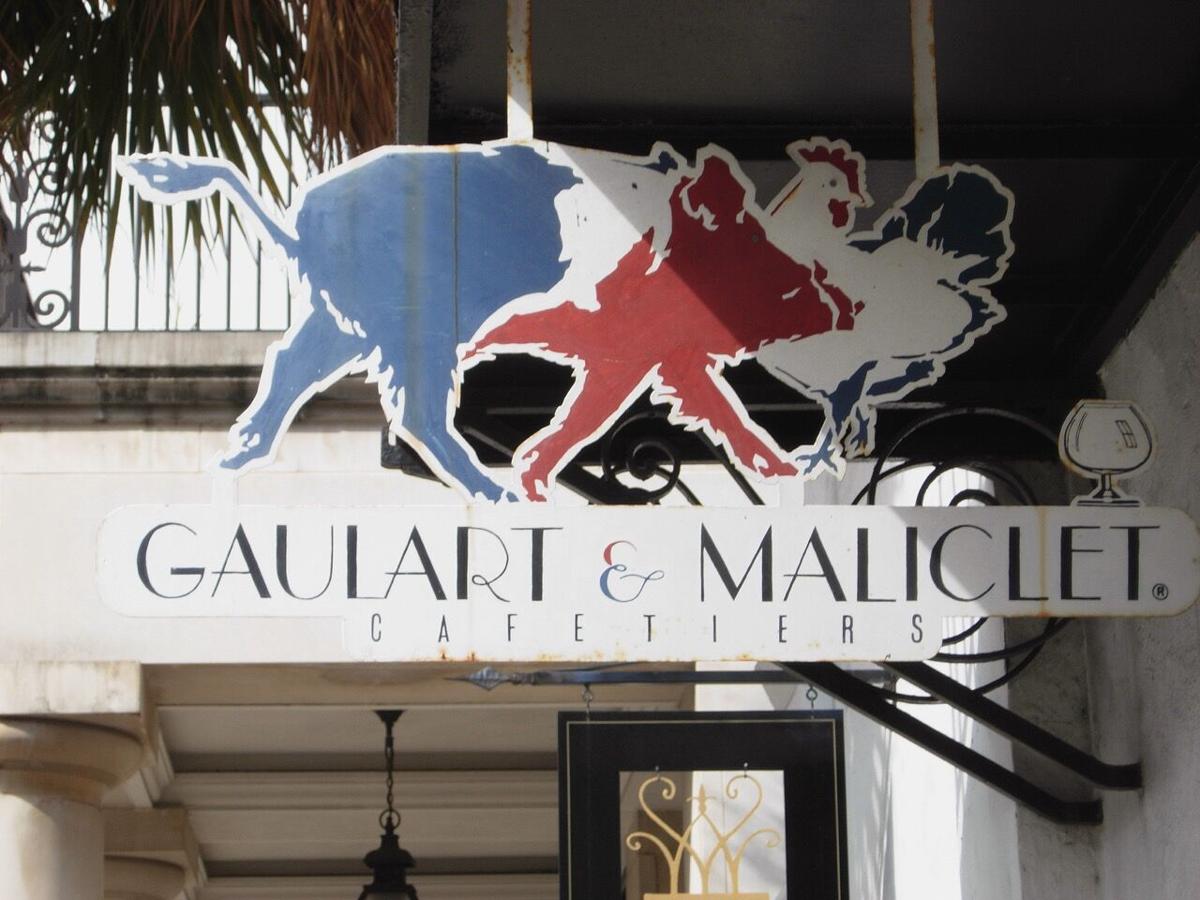 The iconic shingle marks the entrance of Gaulart & Maliclet, which is also known as Fast & French. Jemagwga/provided 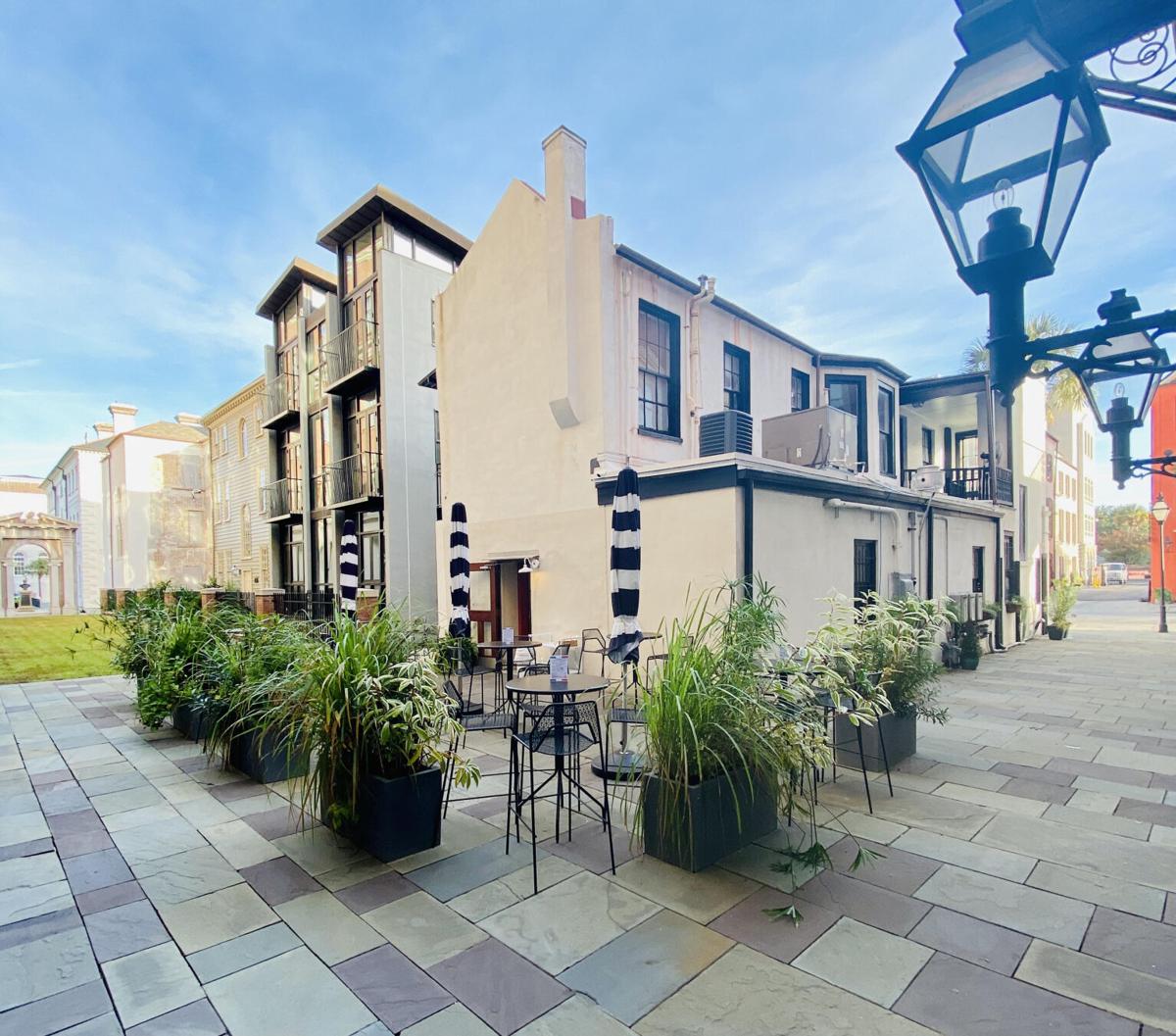 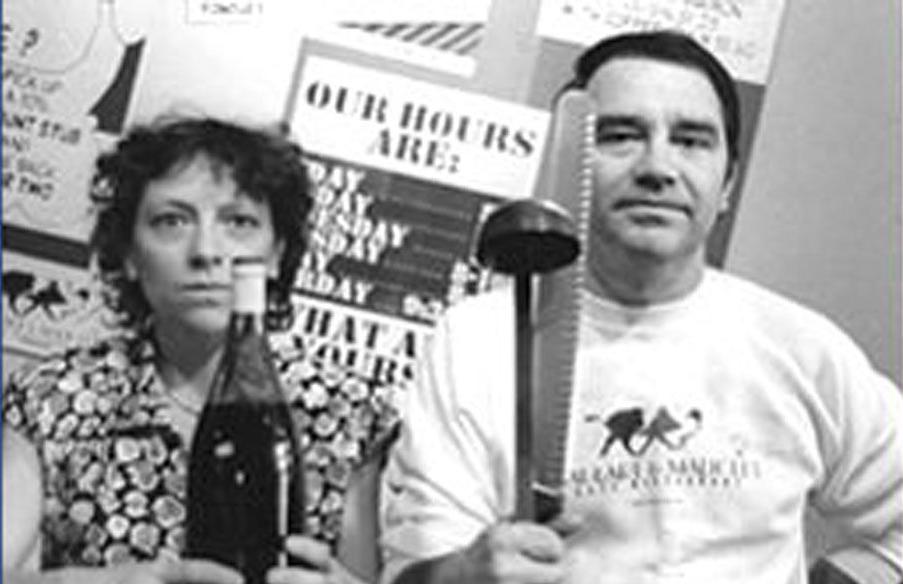 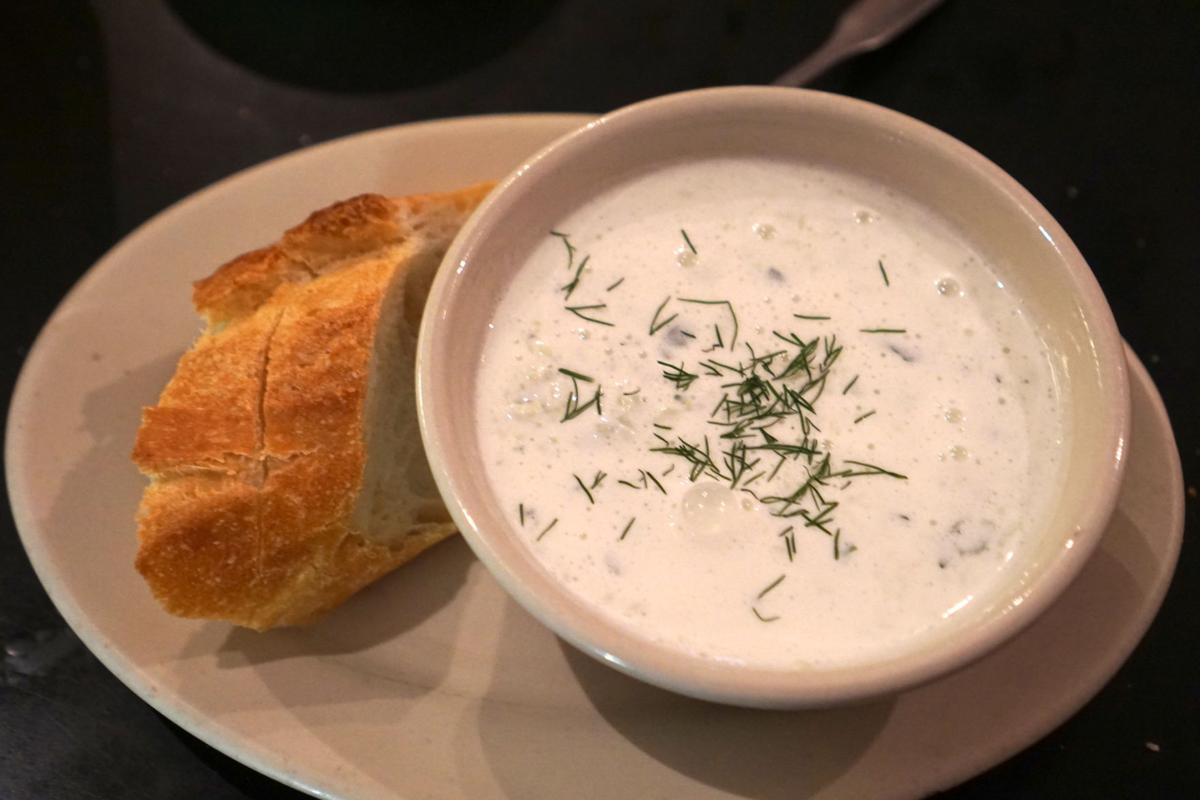 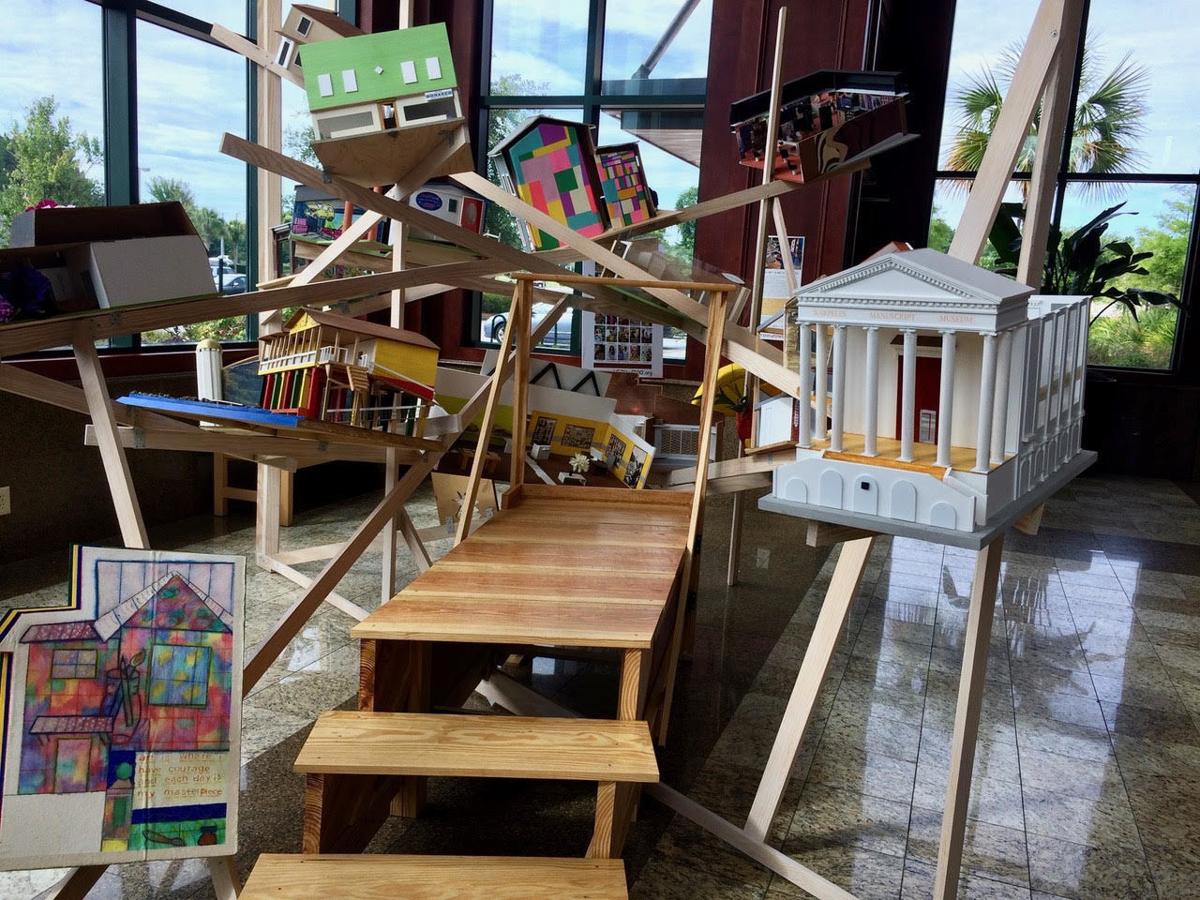 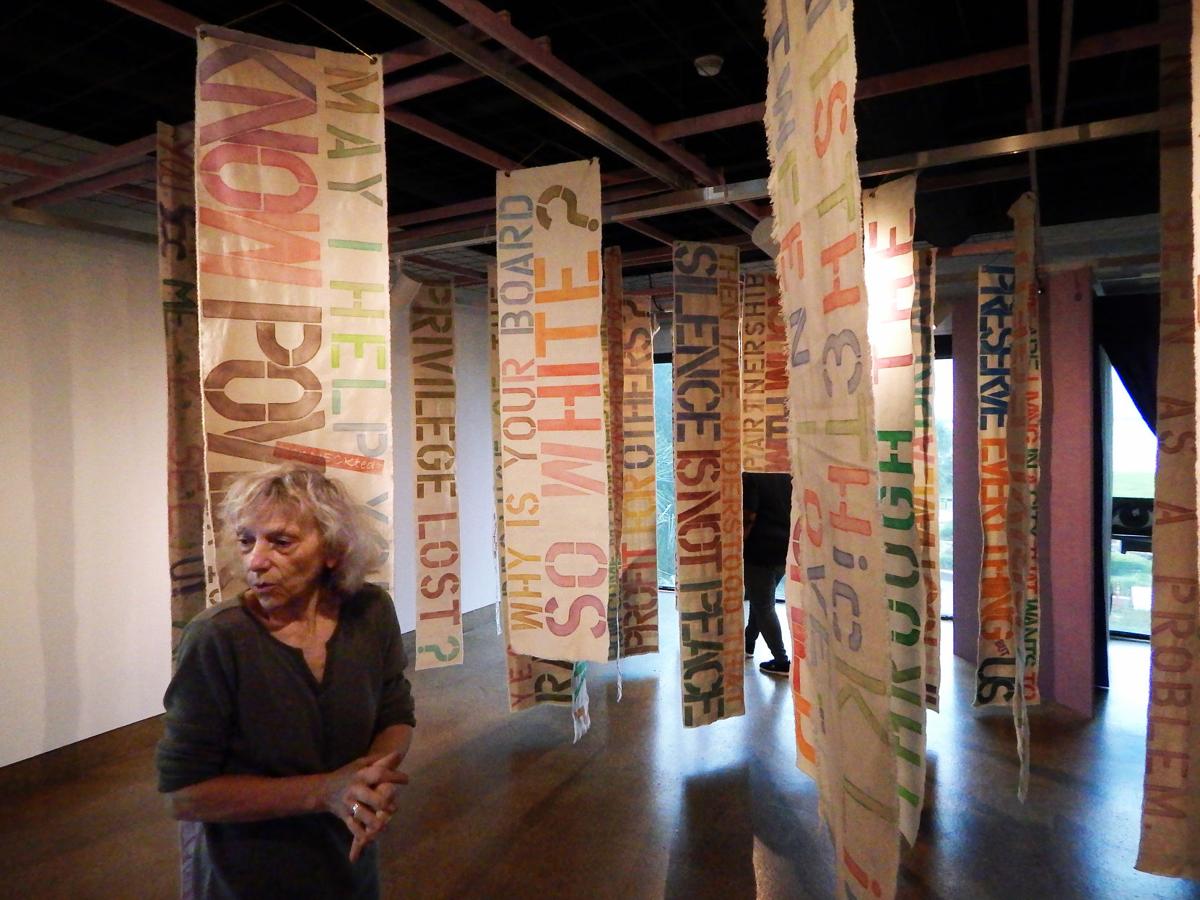 Gwylene Gallimard served as artistic coordinator for the conNECKted show at the City Gallery. Adam Parker/Staff 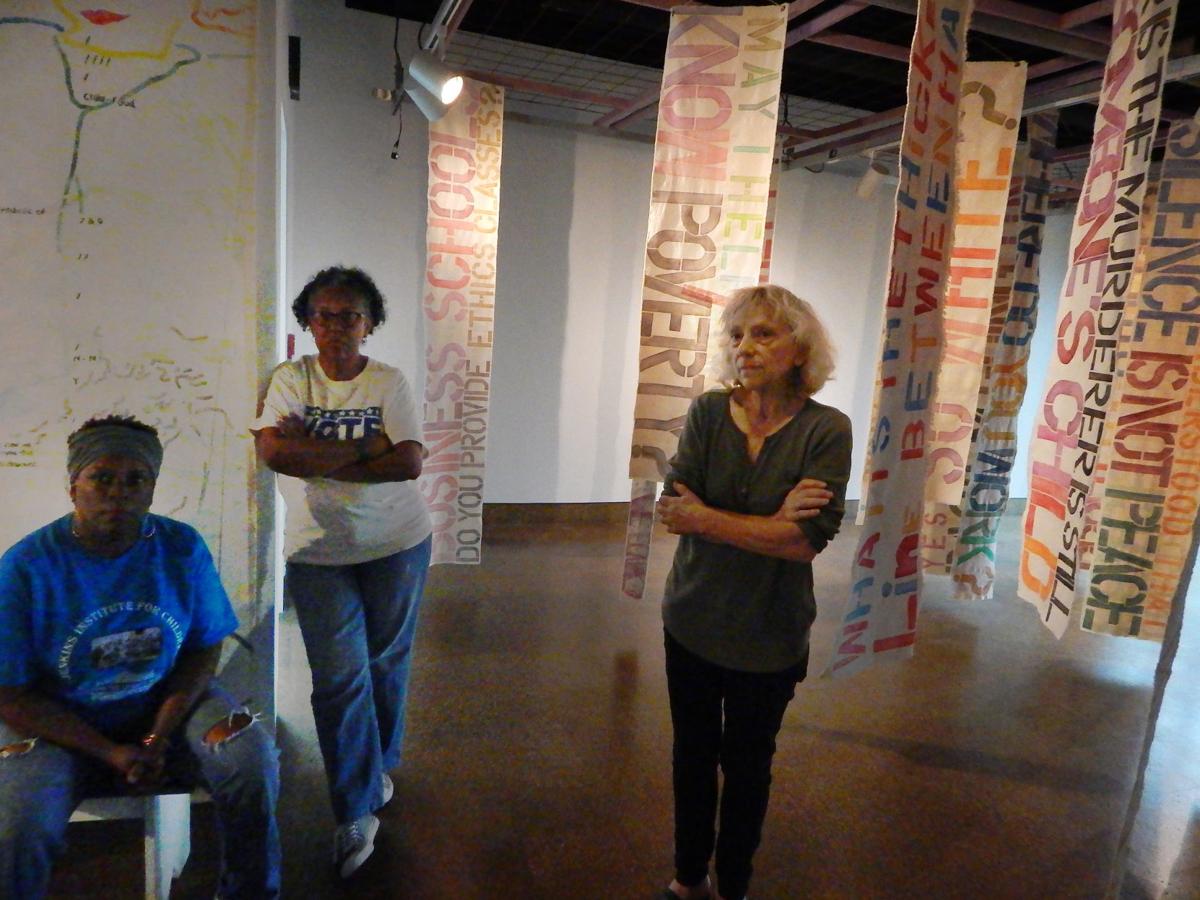 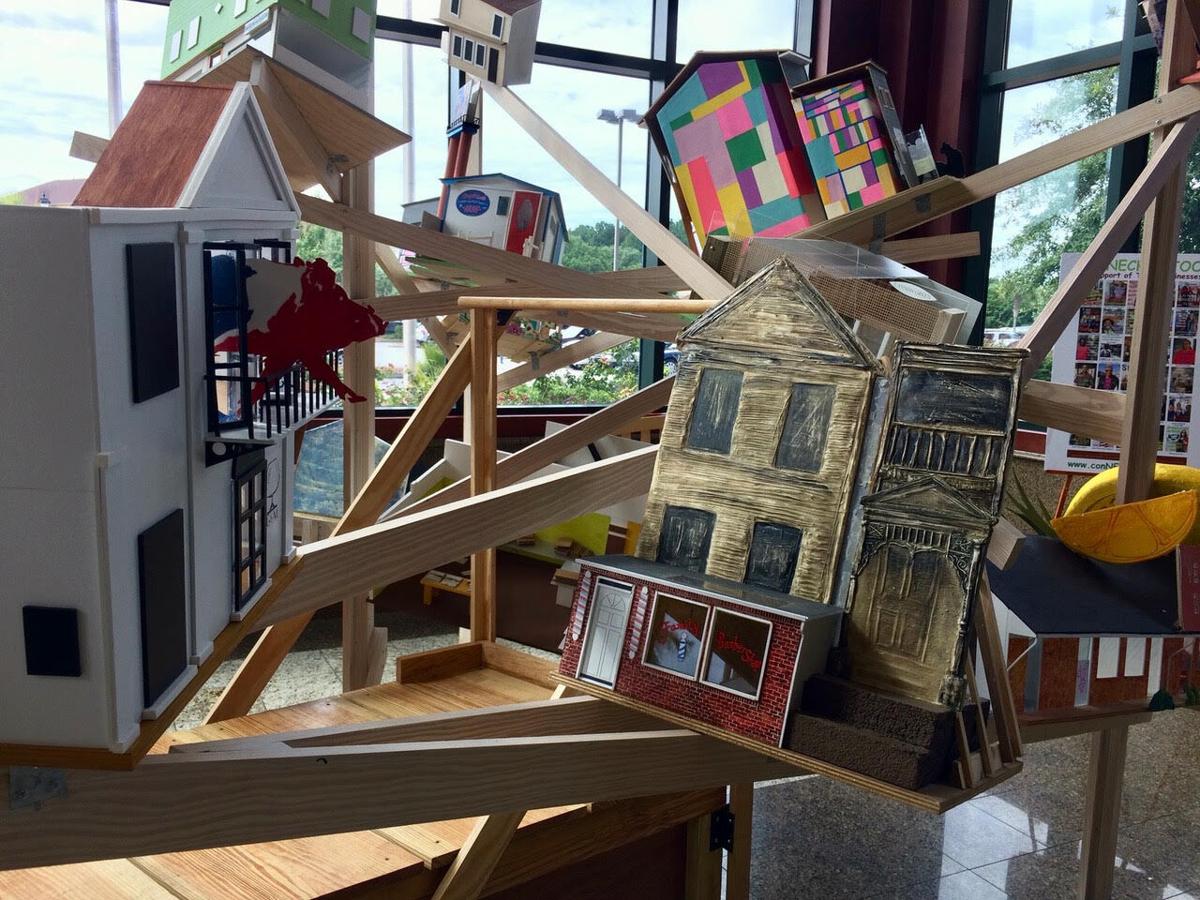 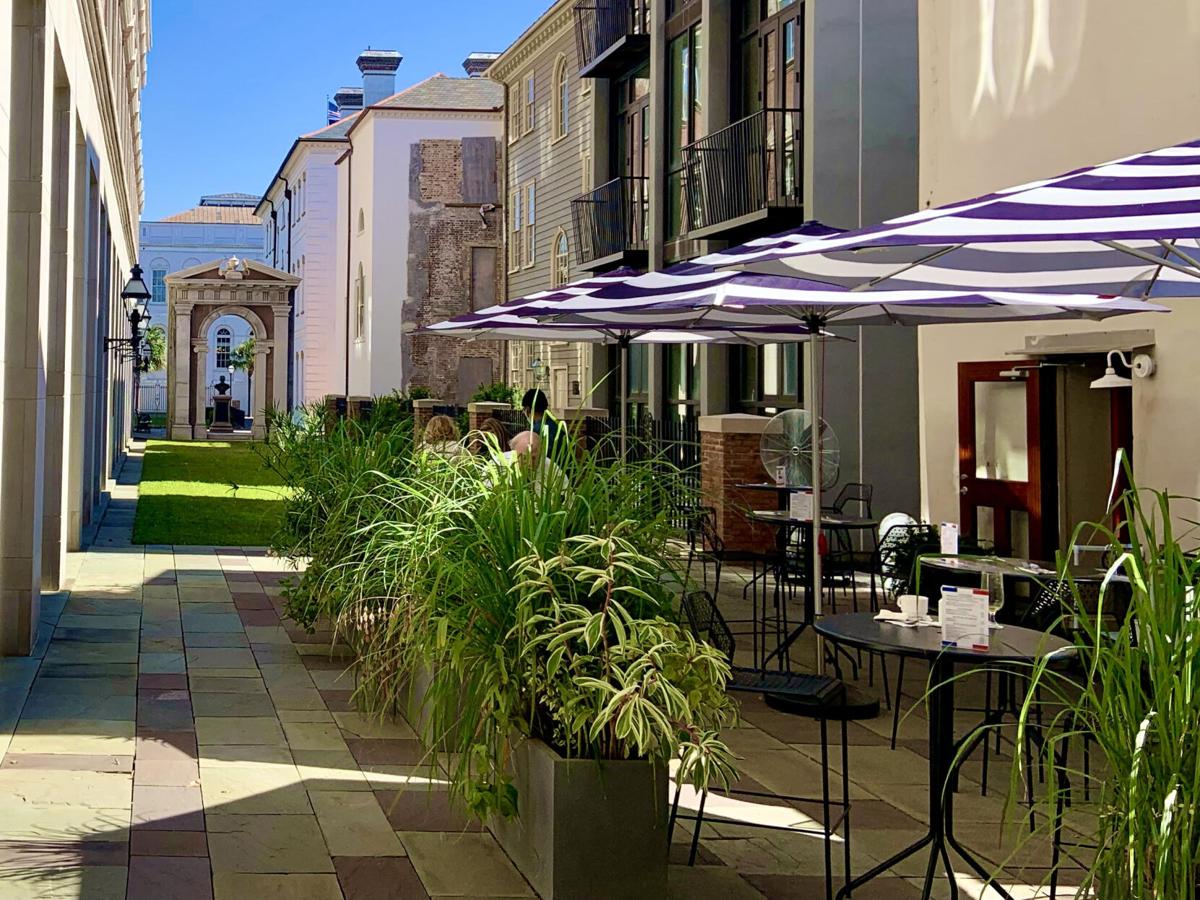 The iconic shingle marks the entrance of Gaulart & Maliclet, which is also known as Fast & French. Jemagwga/provided

It’s not just the “no Coke, try an Orangina” beverage selection. It’s more than the self-possessed servers who meet your gaze. It’s even beyond the pre-pandemic proximity at the counter to other diners.

Beyond the transporting world music, convivial buzz and a pig-meets-chicken shingle so iconic it was recently heisted, the slim, chatty French cafe on Broad Street between King and Meeting streets has a certain "je ne sais quoi" — a distinctive quality tough to sum up.

Perhaps that’s the reason its original owners, artists Gwylene Gallimard and Jean-Marie Mauclet, also gave it a second designation beyond its first jumble of their own surnames. "Fast & French" signifies its mission to be both.

If you identified that the secret sauce of its singular vibe is art, you’d be correct.

Fast & French, after all, was conceived by Gallimard and Mauclet in 1984 as an art project. It is a work whose principles continue with its current owners, Jennifer Bremer and Lawrence Mitchell, former employees who purchased the restaurant 10 years ago.

Recently, the cafe again captured Charleston’s attention when Bremer and Mitchell were required to dismantle an outdoor courtyard behind the building on Charleston County property after permissions weren’t extended.

Patrons caught wind, social media soared, a petition circulated and appeals were made. All this was to no avail, and the cafe now instead peppers seating on the front sidewalk.

For its founders, such social dynamics are among the reasons they dreamed up their restaurant-slash-work-of-art 37 years ago. Such dynamics continue to inform their current art projects, which are now gaining further momentum, recognized by prominent national funders for their community-minded vision.

The art of the matter

It all started with the art. Gallimard and Mauclet met while teaching art at the Beaux-Arts of Nancy, France, immersed in Dutch conceptual art focused on the giving of information.

“Mixing two different civilizations relating to food, we were creating an art project just made of information,” said Gallimard. The next evolution was to do so in reality. The chosen medium was a restaurant.

After some time in Canada and Asheville, N.C., they determined after nine months of market research to find a place in the South to create a cafe. And, while many cherish Fast & French as a Charleston institution, the artists were anything but institution-bent. In fact, their art endeavored to question such bents.

“I always wanted to see that people with money or without money would have access to good food,”  Mauclet said.

Neither of them had prior food-and-beverage experience (though Mauclet had a cafetier grandfather in a small village north of Paris).

“I think French people coming to the United States did not understand there were no cafes," added Gallimard. "The street does not belong to you." They sought to give patrons knowledge of French culture and its approach to fast food, delivering fresh fare quickly by repeating offerings.

Mauclet found inspiration in artist Jean Dubuffet’s manifesto that art should be more than mixing colors; it should be a process of knowledge.

He was further informed by his days in New York City at Cooper Union art school, citing artists of the late 1960s and early 1970s who were reconsidering restaurants as artist hubs and art incubators.

There was pioneering video artist Les Levine, who in 1969 opened Levine’s Restaurant in Gramercy Park, drawing from his Irish, Jewish and Canadian roots in mediated environment with closed-circuit televisions. Artist Gordon Matta-Clark joined up with artists Carol Goodden and Tina Girouard in 1971 to create FOOD, a SoHo restaurant that was both a business and artistic intervention.

In 1984, lured by a “For Rent” sign in an old building on Broad Street on multiple trips to Charleston, they opened Gaulart & Maliclet, a social enterprise in the spirit of a French cafe. The concept was to level the playing fields between the haves and the have-nots, the customer and the employee, by breaking bread and breaking down societal constructs.

“It was creating community,” said Gallimard.

To do so, they implemented rigorously considered protocols. The food would be fast, simple and fresh, a la soup, sandwiches and such, nixing Coca Cola and sweet tea and encouraging Orangina. Servers and patrons would be at eye level, and could forge their own relationships. Patrons would be seated in close proximity to one another, to thereby foster exchange.

He also envisioned no testing of recipes, that the customers would be the first to respond to what he envisioned in his head, and two long bars. When after six months, those proved too off-putting for locals, Mauclet enlisted his friend Olivier Rollin to chop it up with a chainsaw so they could form the space's signature U-shaped counters.

“Nobody came for quite a while,” recalled Mauclet. “People did not get what they wanted or expected.”

Community acceptance was hard-won, with local media taking swipes. However, when The New York Times featured them in a 1986 roundup of places to eat when visiting Charleston during Spoleto, the locals finally warmed to them. Since then, countless, decades-long relationships and even marriages have sprung from those counters.

Seeing it grow and change, said Mauclet, was an art piece every day.

All the while, the artists remained deeply engaged in making art. There was the 1991 installation “Holy City,” part of Spoleto Festival USA’s “Places With a Past: New Site-Specific Art in Charleston” that was organized by curator Mary Jane Jacob.

In 2017, they teamed up with the Charleston Rhizome Collective for conNECKted, an exhibition and series of interactions at Charleston City Gallery that served to address the ways in which gentrification makes an impact on community members.

Gallimard notes that this community approach to art is increasingly prevalent, but it still not so in Charleston. “It is still considered a low art, not a fine art,” she said.

That project evolved into a grassroots initiative bringing together education, art and activism. In 2018, they received a grant from ArtPlace America to launch conNECKtedTOO.

Billed as a multifaceted experiment and including sculptures of Charleston small business, its mission is to support and promote so-deemed “tiny business” in Charleston as a vital part of commerce and neighborhood, as well as to build a mentorship program and awaken in youth a spirit of entrepreneurship and to fully embrace the arts as activators of sustainability.

That, in turn, led to the creation of TINYisPOWERFUL.com, an online creative place where activities and stories generated through collaborations on the ground can be kept (or made) public.

Among their goals is to create a TinyCulinary event, which includes a post-COVID-19 “farandole,” a term referring to a joyful Provencal dance in which participants link arms through the streets.

The idealism abides with Gallimard and Mauclet (who refer to their art partnership as Jemagwga), as striking in its staying power as their little cafe that could.

Give peace a chance with Charleston artists and artisans

In its recent newsletter, program facilitator Victoria Rae Boynton Moore, who is a dancer, shared how she hoped it will be an example of what may be possible through future design/development processes that utilize arts as tools and prioritize people and existing communities, while striving to know their strengths, history, lived experienced and to meet their needs, desires and aspirations.

The team envisions this taking place throughout the peninsula, with one idea, TinyCulinary, taking over Broad Street, North Charleston’s Chicora-Cherokee and the East Side in Hampton Park to “dance, glean treasures and sprinkle art.”

Since selling the restaurant 10 years ago, the founders have remained close to the operations. They are among the stakeholders who own the building, renting it to Bremer and Mitchell, devoted disciples who pay reverent heed to their mentors in their stewardship of the cafe.

"It's still a full-on installation that's survived all these years," said Bremer, who rejoined the cafe after a career in horticulture.

Mitchell is also firmly planted in the art world, regularly working in New York City with installation artist and sculptor E.V. Day. He said Gallimard spotted his interest first, saying she knew he was an artist by the way he took out the garbage, treating it like an artistic medium.

Thus, Bremer and Mitchell carefully consider the slightest change, mindful it might be the unknown element holding the magical place together, like a miscalculated, minute nudge in a game of pickup sticks.

They are details like Gallimard's insistence on servers always writing orders for the chefs so that they didn't have to occupy space in their mind with such details, thus freeing it for other things.

"I think that is a beautiful way to think about service, that I'm more of a facilitator."

The curious logic of the kitchen setup has been known to flummox a health department official or two, but in the end, the inspector always finds they are compliant if confounding.

And while the cafe's conceptual art underpinnings may be lost on most of its regulars, for Mauclet and Gallimard it creates a through-line to their current focus on the intersection of the arts and tiny businesses to forge community.

It may also be why the partners still feel strongly about the providence in the recent fall of a patio.

According to Mitchell, a letter from Charleston County informed them that the patio could no longer operate on its property, citing concerns of civil unrest against public buildings, as well as Gov. Henry McMaster’s recent reopening of restaurants ending the pandemic need.

"We thought we were improving the space," said Bremer, who had tapped into her horticultural background to spruce it up and invested in more outdoor tables and chairs. "I'm an idealist."

"It just felt like the path forward, the new Charleston," said Mitchell, adding it was intended to be a flagship operation, spurring the county to release other properties back to the people, with other places opening up.

"This was the moment that we could make Charleston the city we always wanted it to be."