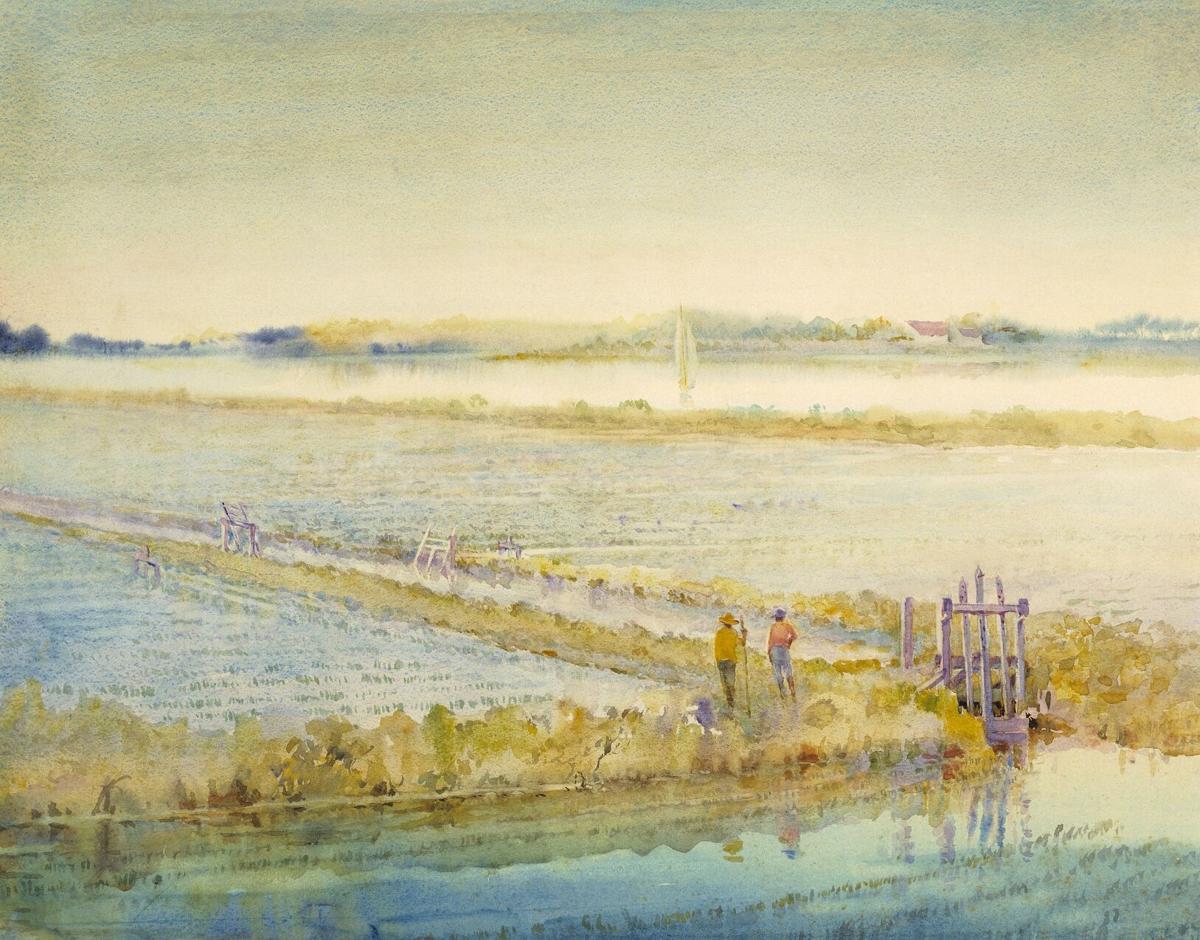 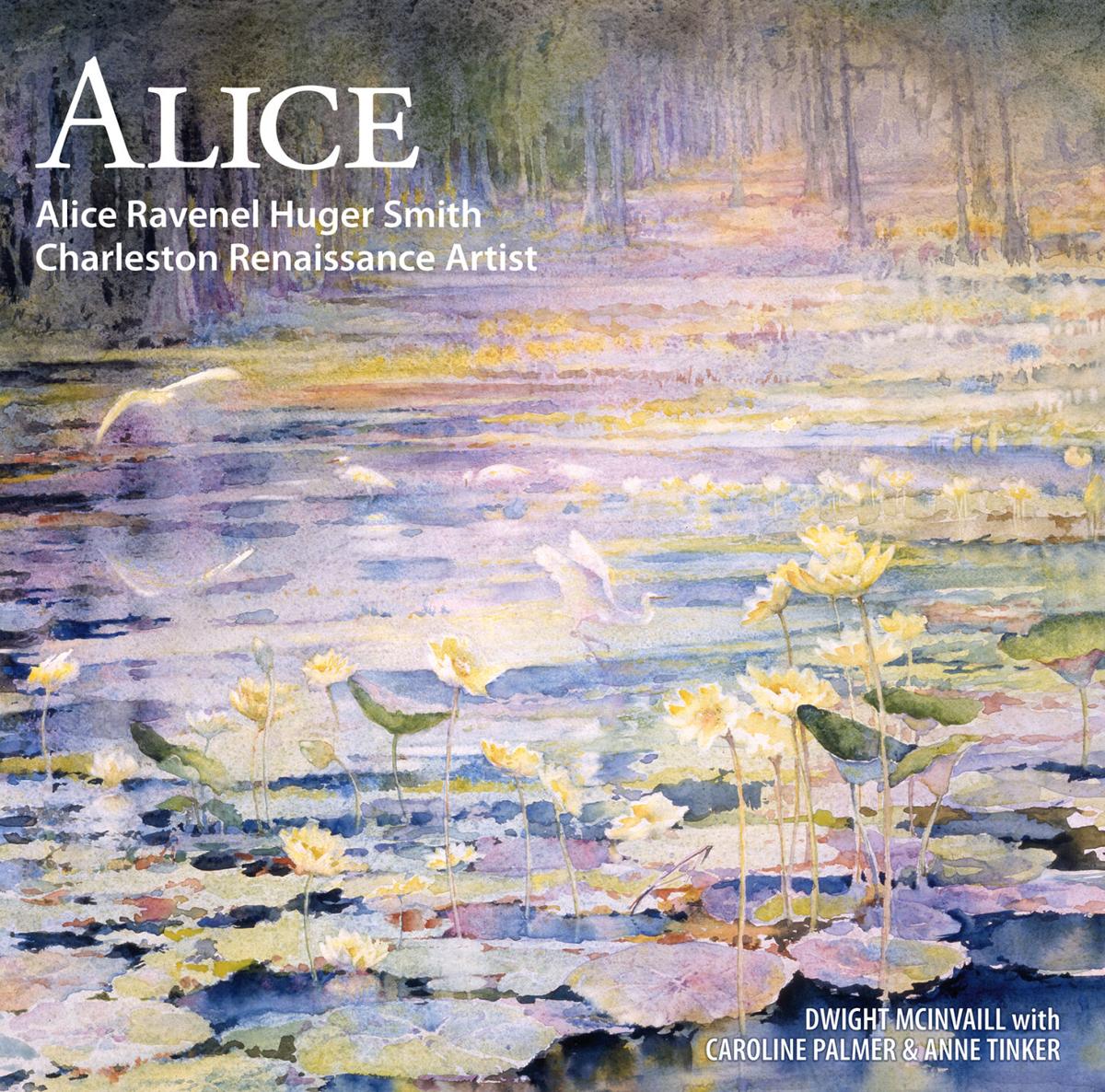 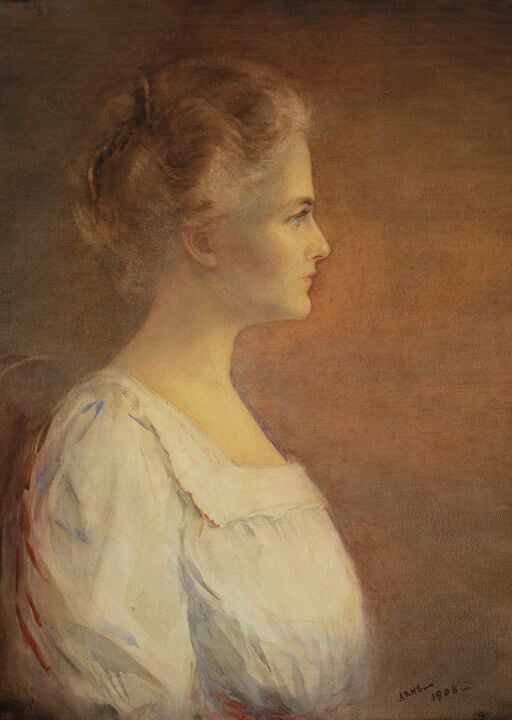 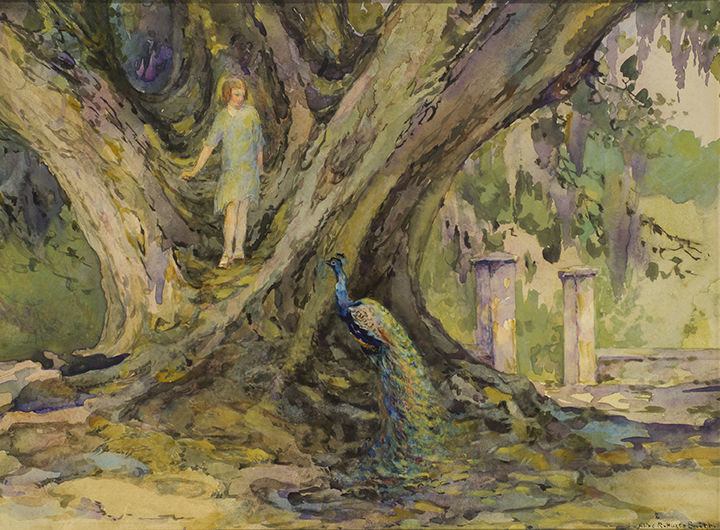 The work of Alice Ravenel Huger Smith is the subject of a new biography of the artist, and an exhibition taking place at Middleton Place and Edmonston-Alston House. Evening Post/Provided 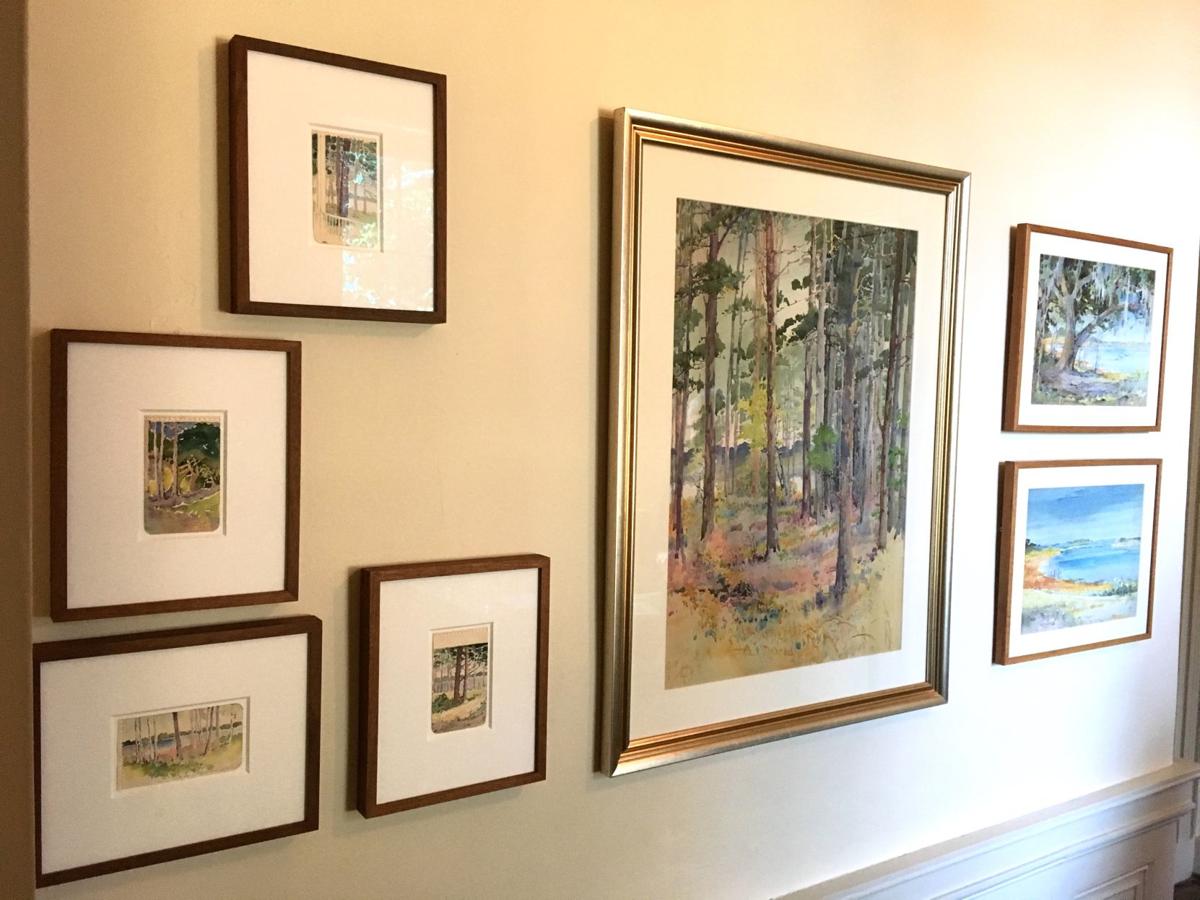 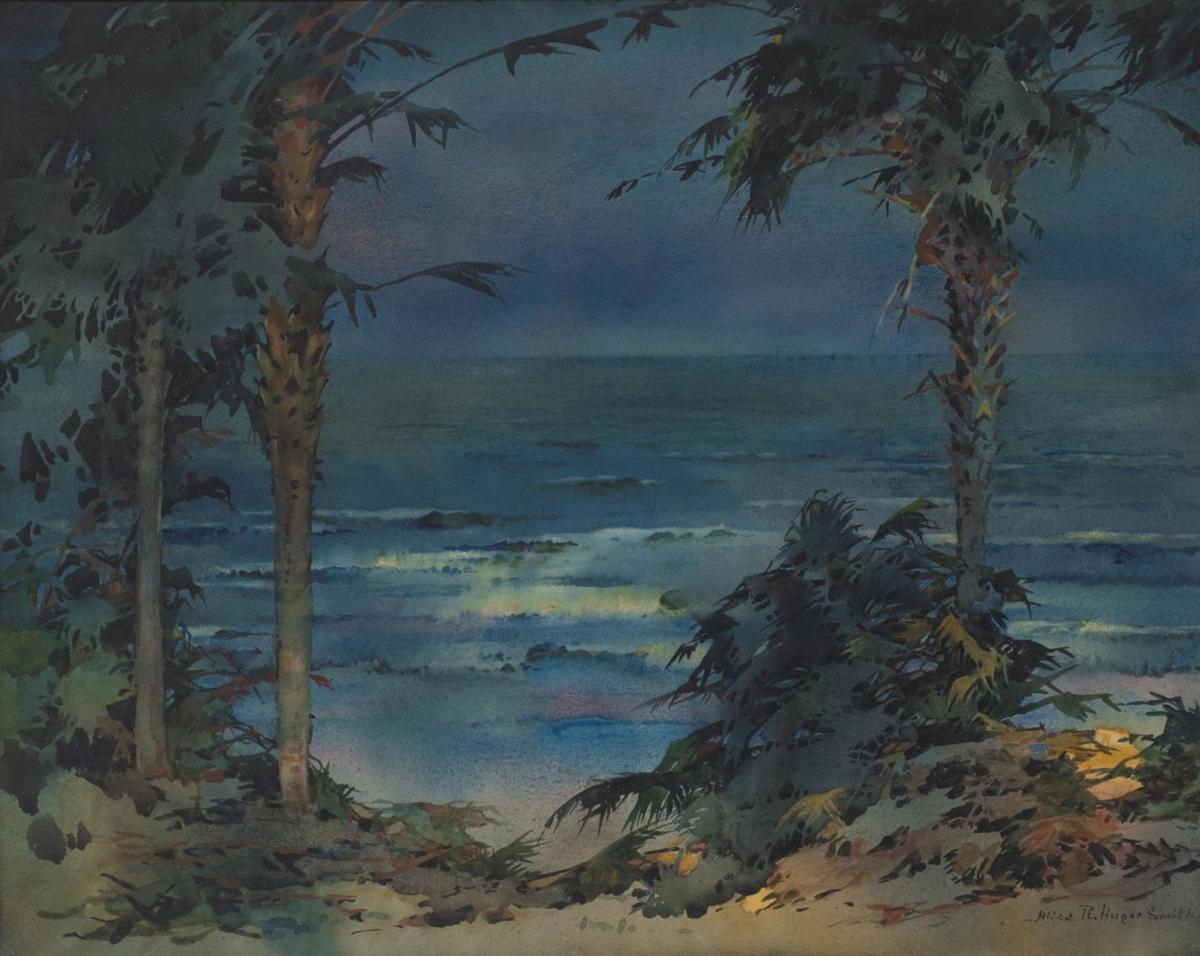 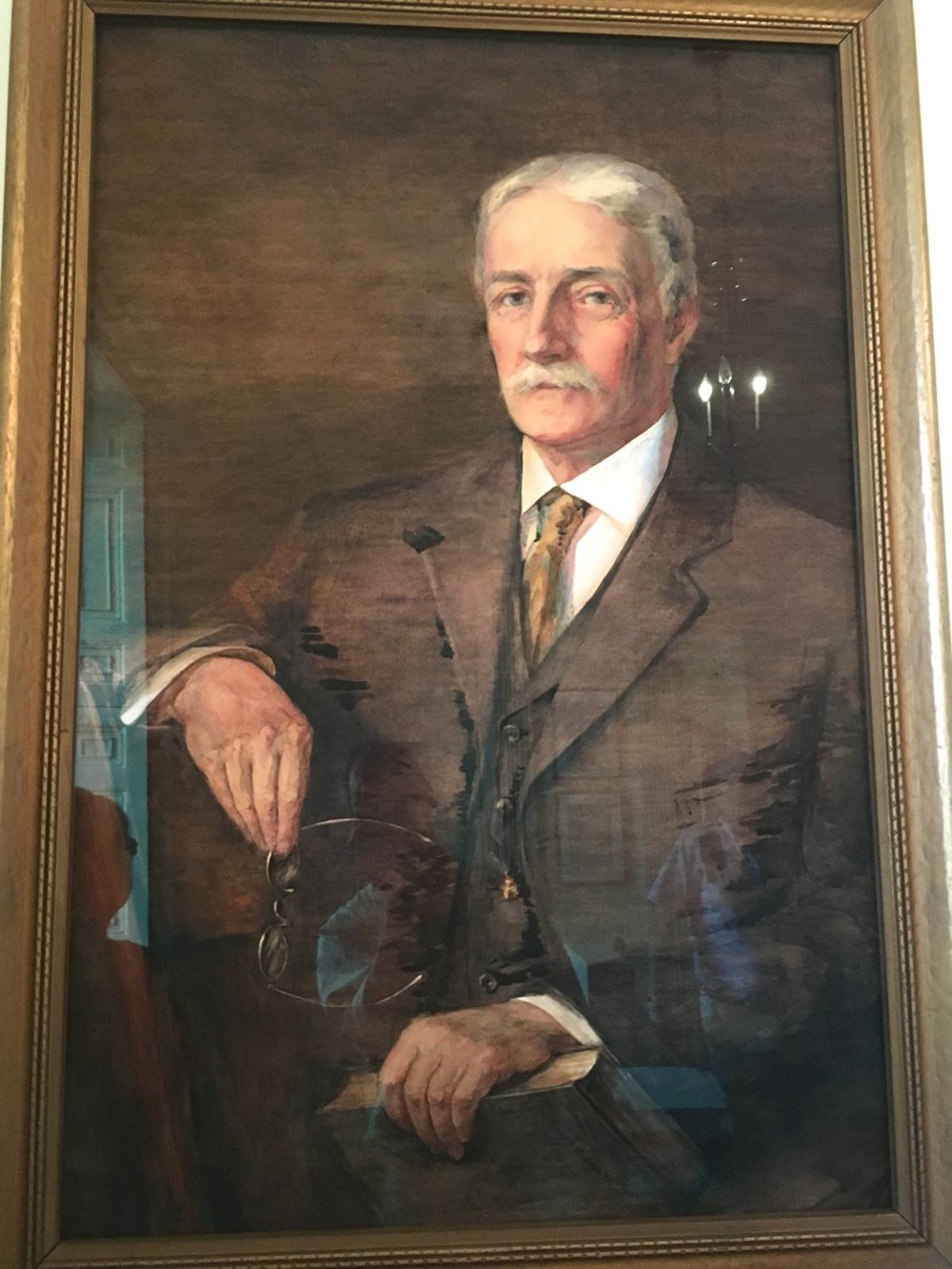 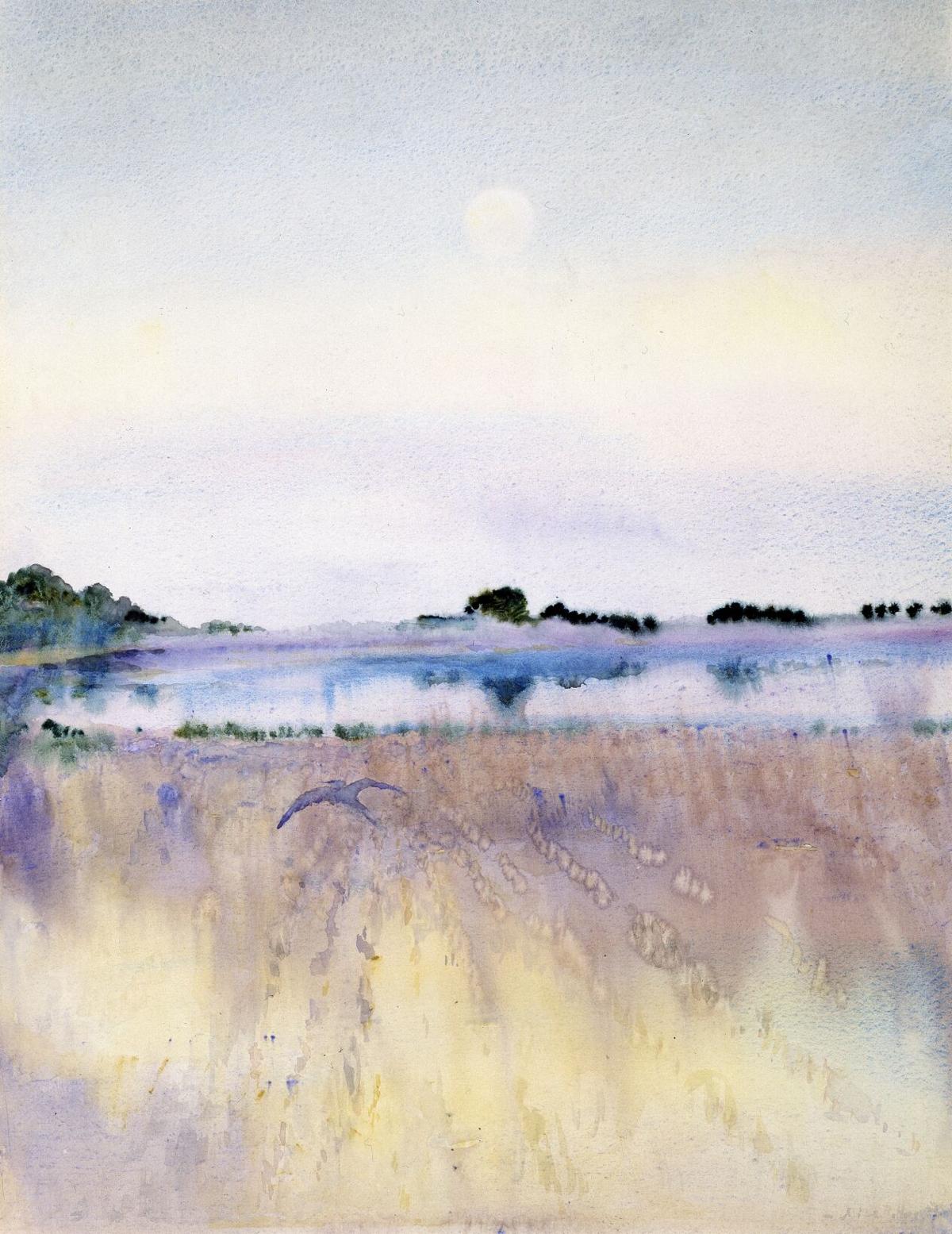 The work of Alice Ravenel Huger Smith is the subject of a new biography of the artist, and an exhibition taking place at Middleton Place and Edmonston-Alston House. Evening Post/Provided

Those works, and her leading role in the movement, helped transform the down-and-out city of Charleston in the decades between the two world wars into a sought-after cultural hub.

This spring, Smith again commands the cultural conversation by way of an exhibition and publication.

The exhibition takes place at both Middleton Place and Edmonston-Alston House. It is up now through Jan. 10.

The show was timed with the March publication of “Alice: Alice Ravenel Huger Smith, Charleston Renaissance Artist,” a new volume chronicling her life and her work written by Dwight McInvaill with Caroline Palmer, Smith’s great-great-niece and Ann Tinker, her great-niece. It was published by Evening Post Books in collaboration with Middleton Place. (Evening Post Books is owned by the same parent company as The Post and Courier.)

The aim of the volume is to expand on past scholarship while providing a more intimate and vibrant portrait of the artist based on new archival findings, some from the author’s own family collection.

Like the artist’s finely detailed works of art, "Alice" fastidiously layers the facts of her life drawn from correspondence and other documents, folding in 200 images of paintings, prints, sketches and photographs on its broad, glossy pages.

Sharing the influences and the evolution of an artist as she deepened her craft and plied her trade, it spans days at her lifelong residence at 69 Church St.; the death of her mother in her teens; collaborative projects with her father; and a succession of Charleston studios.

It highlights many cultural figures drawn to Charleston who informed her work, aesthetic influences such as the Barbizon school with its Naturalist movement in painting and the Japonisme trend of Western art that was prevalent in the early twentieth century. It covers her departure for study in New York and her ultimate emergence as a leader in the Charleston Renaissance.

Among her most celebrated works are those on rice cultivation, which she gathered in a book, “A Carolina Rice Plantation of the Fifties,” which studied plantations of the 1850s.

The book doesn’t soft pedal, noting that the realm Smith was born into had a “worldview shaped by a desire among once-wealthy, rice planting families to preserve the hierarchies and traditions of the past.”

The aim of the book and exhibition is to talk.

“The publication of ‘Alice’ and its accompanying exhibition provide the Foundation an opportunity to continue its mission to educate and engage in conversations about our complicated history,” Tracey Todd, Middleton Place Foundation president and CEO, said in a statement.

For 100 years, Preservation Society of Charleston has been many things, but never meek

With that in mind, I invited artist Jonathan Green to join a viewing of the works, mounted at the Middleton Place Museum House, on a stellar Charleston spring day with the grounds bursting with pink and white azaleas.

“Alice is a dangerous woman,” Green said, with smiling eyes. He describes himself as a devoted feminist who recognizes her as having been adventurous and independent in a man’s world. He considers Smith one of the most important and undervalued artists.

Green came to Smith later in life. By that time, he had seen, and collected, a great deal of works involving the Black American experience, particularly those created by African American artists as part of the federal Works Progress Administration. Many of the works depict Black domestic life, striking studies in isolation, and tableaux that bring to harrowing life incidents of white supremacy.

But there was little in the way of rice — a part of African culture enslaved people brought with them to America.

“When people talk about Black people, it’s always from the perspective of slavery,” he said.

Green thus became involved in the Lowcountry Rice Culture Project, which seeks “to discover and revive the significance of rice cultivations and its legacies, and to use this history as a launching off point for broad discussions of race, class, art, trade, history and economics — in short, the various aspects of culture in the Southeast.”

He created a series of works entitled “Unenslaved," which give back the age-old practice of rice cultivation to its workers. In 2014, the Gibbes Museum of Art presented the exhibition “Rice in the Lowcountry: The Art of Jonathan Green and Alice Ravenel Huger Smith,” a display of 21 works by the two artists focused on rice cultivation.

For Green, Smith’s painstaking, expert illustrations of the rice fields offer much in the way of a record of this culture, while also underscoring the dignity of the subjects.

“I think people get into trouble because of the medium she uses,” Green said.

Walking through the exhibition in Middleton Place, Green marveled at Smith's use of movement. He pointed out her deft layering of wet and dry watercolor techniques, the delicate white egrets taking wing.

Together, we admired the rich palette of “Colorful Swamp,” and the subtle figure of a perched young girl in “Miss Josephine Smith in Oak with Peacock.” He talked about the progression toward the abstract, which can be seen in works like “The Painting Lesson.”

“She was very sensitive to the feel of the environment, the atmosphere,” Green said, noting that the intrepid Smith was known to spend a great deal of time in natural settings. “She knew exactly how it felt to be out there.”

Taking in water-rippled, intricate layers of warm pinks and deep indigos, moss greens and pale yellows, the word controversy may not be the first word to percolate. However, to some, Smith’s works represent a rhapsodizing of the White agrarian South, a romanticized watercolor haze ennobling aspects of the Southern experiences in the early 20th century.

When it comes to Smith’s depictions of serene-seeming Black rice field workers, Green observes that in this instance the artist painted from photographs. Like any artist, he said, she then put her subjects in the best light possible.

Walking the grounds at Middleton Place, Green gestured to the raised stretches of green lawns and the rice fields beyond them, identifying them as the work of Black people.

“Charleston is a Black museum,” he said, noting the work of Black people in creating the city.

For him, Smith’s paintings illustrate that the Black and White narratives of the South are intimately intertwined — or shared, as Todd might put it. Green found it confounding that so many people attempt to separate those stories.

“I just find it difficult if you can’t talk about it,” Green said.

At Middleton Place, Todd would no doubt concur. “Alice Smith was once quoted as saying ‘Open the windows of your mind to let in the fresh air.’ ‘Alice’ gives us an opportunity to learn more about ourselves and each other through the exploration of our shared history,” his statement on the effort said.

With the book and exhibition, one story is now shared more fully than it has been in the past. it is the story of a Charleston artist who, among her many creative pursuits, took to the rice fields of the Lowcountry.

Perhaps it can serve as a point of departure from which to engage in such meaningful exchange.

At Middleton Place, the conversation continues with a virtual book talk on April 20, from 6:30-7:30 p.m. Moderator Harlan Greene will be in discussion with McInvaill, Palmer and Tinker for a Zoom webinar hosted by Middleton Place Foundation, which is free and open to the public.