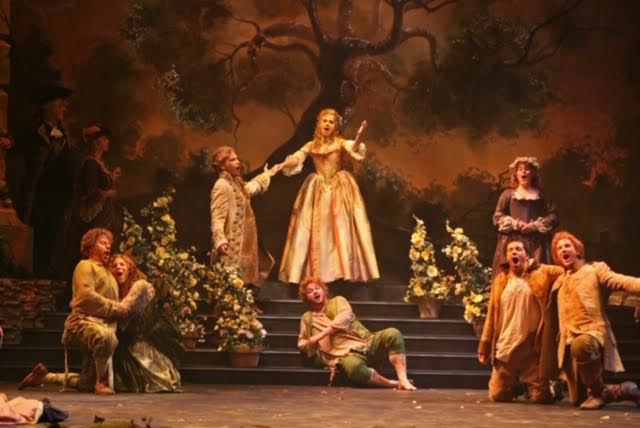 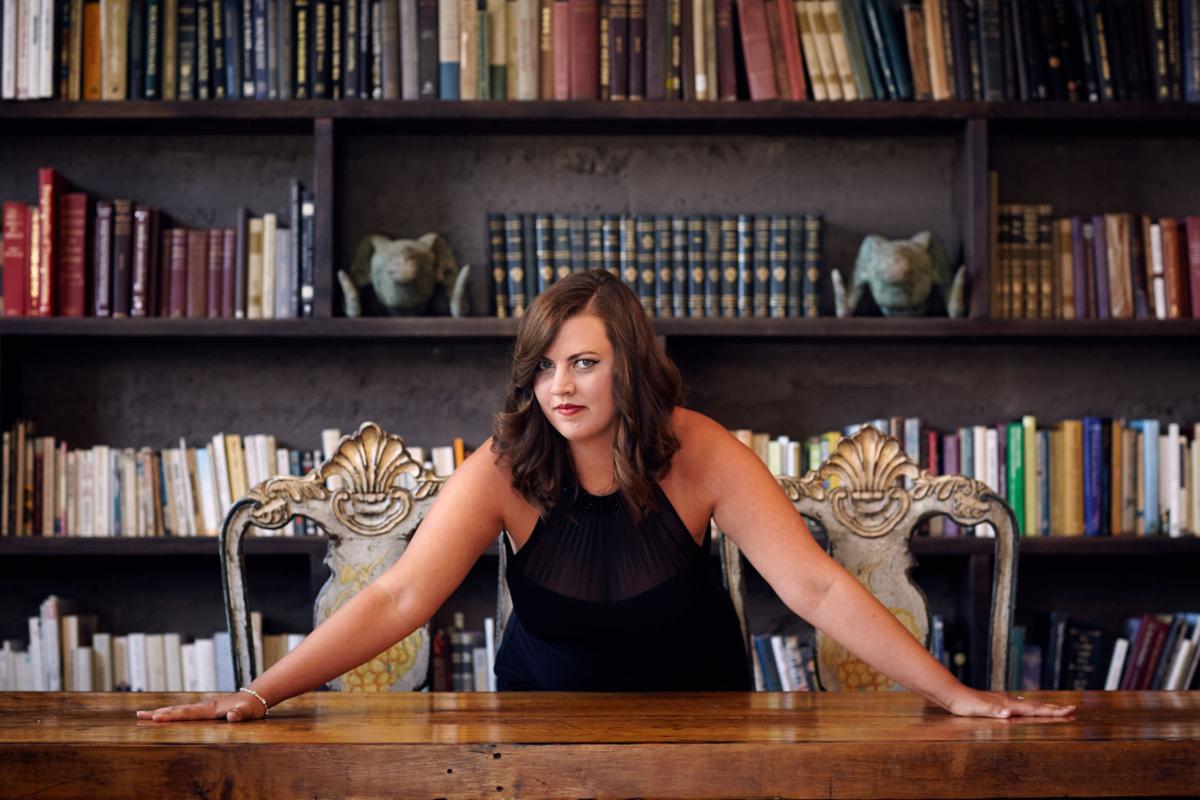 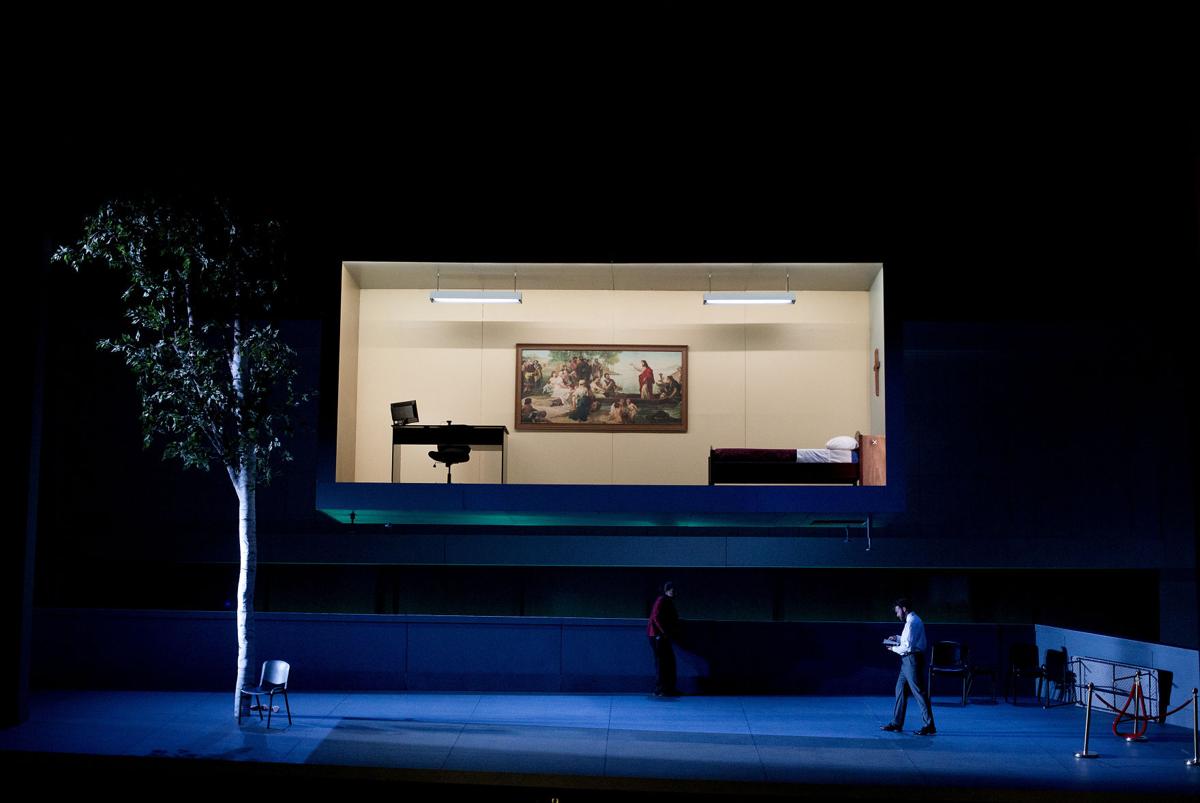 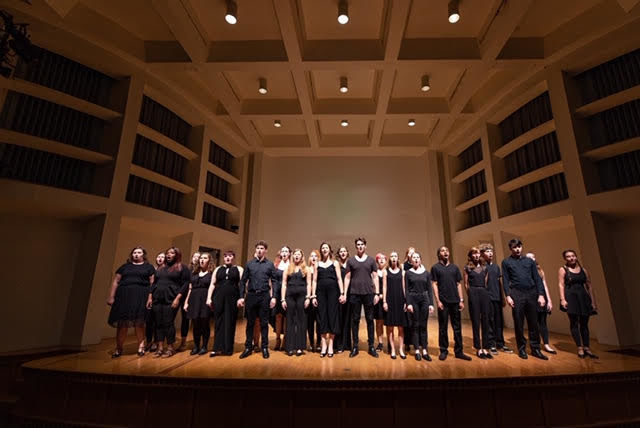 Last Saturday, I enjoyed an unexpectedly and artistically heartening moment. I was shut out of the Terrace Theater’s simulcast screening of “Porgy and Bess,” the much-buzzed-about production by the Metropolitan Opera for their 2019-20 season.

The reason? It was entirely sold out. What’s more, the Gershwins’ opera, which is based on the novel by Charlestonian DuBose Heyward, was in sufficiently high demand that the theater scheduled five additional screenings this week.

In the end, it worked out well. I went instead to a concurrent simulcast in Summerville's Regal Azalea Square, which served up both impressive sound and comfortable seating. The screening also offered an additional feel-good factor, as it was made possible by a partnership with the Metropolitan Opera initiated by Pren Woods, a seventh-grade social studies teacher at Summerville’s Alston Middle School.

Thus, polished, aria-seeking septuagenarians and teens in jeans settled in together and went the distance. Wholly absorbed, they embarked on the epic three-hour journey to Catfish Row by way of the New York City stage located, as Heyward's libretto puts it, way up past the Customhouse.

Beyond a swoon-worthy “Summertime” and rousing go at “It Ain’t Necessarily So,” the simulcasts' collective turnout this past week served as a bellwether of opera’s potential rise in Charleston.

There is, it seems, an audience. There are also some scrappy endeavors singing forth on shoestring budgets. And there are plans underway for full-scale productions that deftly navigate costs and other considerations.

It's no stretch that the centuries-old art form would go over well in Charleston. After all, the city lays claim to the first production in North America, the antic ballad opera "Flora," which made its debut in 1735 (and was also restaged for the 2010 Spoleto Festival USA).

More recently, Charleston's opera offerings are found largely in Spoleto's splashy, frequently outre productions, mainstays since the festival's founding in 1977 by founder and composer Gian Carlo Menotti. There have been local efforts, too, like the Charleston Opera Company of the 1970s.  A few years back, in 2012, Opera Charleston brought the well-received “Carmen” to Memminger Auditorium.

Opera, however, is not for the faint of finances. But for the annual slot during the 17-day span of Spoleto, there have been slim operatic pickings for year-round, full-scale productions.

"Opera is difficult because it is perhaps the most expensive of all the art forms,” said Nigel Redden, general director Spoleto Festival USA.

A glance at the past few programs shows a decrease in the number of operas, from two or three a year to less, which Redden attributes to cost.

"This year we're only doing one and a half," he mused. There is the newly commissioned work, “Omar” and "The Stations," an oratorio.

Another challenge Redden mentions is access to venues, as opera often involves weeks of rehearsal time and protracted performance schedules since singers can't always perform on a daily basis.

"Sometimes it's difficult to find days," he said, noting the full year-round schedules of Charleston performance halls like the Dock Street Theatre.

Despite these challenges, the impulse to make opera prevails, as evidenced by local artists and practitioners.

One such enterprise is the newly formed Holy City Opera, which joins Metropolitan Opera bass Eric Jordan with soprano Jennifer Blanton and conductor Wojciech Milewski. In December, they mounted their inaugural production, Menotti's “Amahl and the Night Visitors" at East Cooper Baptist Church in Mount Pleasant.

Others scale it small. At Small Opera Company, mezzo-soprano Katie Small opts for pop-up opera, gathering a group of vocalists at various venues around Charleston. On Feb. 15, the company pops up at Stems & Skins for a Valentine program entitled “That’s Amore.”

Still others fold opera into diverse music series. On Feb. 12, Midweek at Midtown presents its own V-Day event, “A Night at the Opera,” featuring vocalists and guests performing selections by composers including Mozart, Puccini and Bizet.

Even the RiverDogs are in on the action, with president Dave Echols confirming that there are internal discussions in the offing to assess how best to execute an opera night at The Joe for the coming season.

Of particular note is a new initiative at the College of Charleston, which expands its current practice of producing pared-down works to instead mount fully produced opera, complete with a full orchestra, sets, costumes, sizable choirs, technical requirements and support staff.

The initiative is the brainchild of Saundra DeAthos-Meers, the College's head of opera, who devised the plan with Edward Hart, the College of Charleston’s department of music.

It is one of 10 fundraising priorities of President Andrew Hsu surrounding the College's 350th anniversary, selected from an open campus call across academic divisions.

“Much to our delight, we find that he loves music and he loves opera.” said Hart, who adds that Hsu fell in love with his wife, Rongrong Chen, during a chorus of Brahms' "A German Requiem." DeAthos-Meers, a soprano, sang an excerpt of the work for the Hsu family on an early visit to the College. The president now frequents her performances.

"The president recognized that we have a lot of talent on the faculty," said Hart. This includes heavy hitters like DeAnthos-Meers and many others, such as Yiorgos Vassilandonakis, whose own opera, "The Papess Joanne," will debut this March at Greek National Opera.

"In my mind, especially with the resources that are available to us, it only makes sense to go forward with what we're doing," said DeAthos-Meers, who is modeling the initiative after a professional opera company, though on a much smaller scale.

The music department also can avail of the opening of the renovated Sottile Theatre, with amenities including a hydraulic orchestra pit and refurbished murals. And there's a ready, willing and multitalented partner in the department of theater and dance that is chockful of set and costume designers, technical staff and more, including associate professor Evan Parry, who will serve as director.

There is also the new partnership with the Charleston Symphony Orchestra, pairing it with the student orchestra to form a large, legitimate opera orchestra.

Perfectly poised in the midst is adjunct professor and Charleston Symphony pops conductor Yuriy Bekker, who will conduct the operas.

"Opera, outside of warfare, is the most expensive thing man can do," said Hart. "The reason why we have a shot at this is that so much of what would bankrupt a private company is already in place."

The first production, “The Marriage of Figaro,” is scheduled for 2021, with public performances slotted for Feb. 26 and 28 of next year.

The past week's simulcast crowds are but one sign of local interest in the art form.

"Certainly Spoleto has found an audience for opera in Charleston," said Redden, who estimates that about half of his festival attendees are local. "Even some of the odd operas we do at the Dock Street tend to sell out."

Redden also notes that an opera company that offers the standards that Spoleto rarely does would likely succeed.

"My sense is that if someone were to do 'La Boheme' or 'Carmen' or 'La Traviata,' one would do quite well," he said, adding the festival encouraged more opera in town.

How do they ring in the new year at St. Michael's? With a few tons of bronze.

“A lot of people can be involved here,” said Hart, explaining how opera offers cross-pollination with many areas in the School of Arts and across campus. He cites also the intention of community outreach, with a scheduled matinee for 750 local students.

“This may well be their first college experience,” said Hart, who added that this gives them an opportunity to see themselves there.

Furthermore, there is opera's facility with complex issues, such as the contemporary relevance of class struggles in "The Marriage of Figaro."

"Mozart knew how to deal with this in the most touching, beautiful and comic way," said Hart. "The best truths are treated this way, when you don't need to knock someone over the head, but treat them artistically."

Until then, those keen to see “Porgy and Bess” a bit closer to the Customhouse can do so on Feb. 29 at the main branch of the Charleston County Public Library.

But you may want to get there early. In Charleston these days, opera lovers are popping up everywhere.