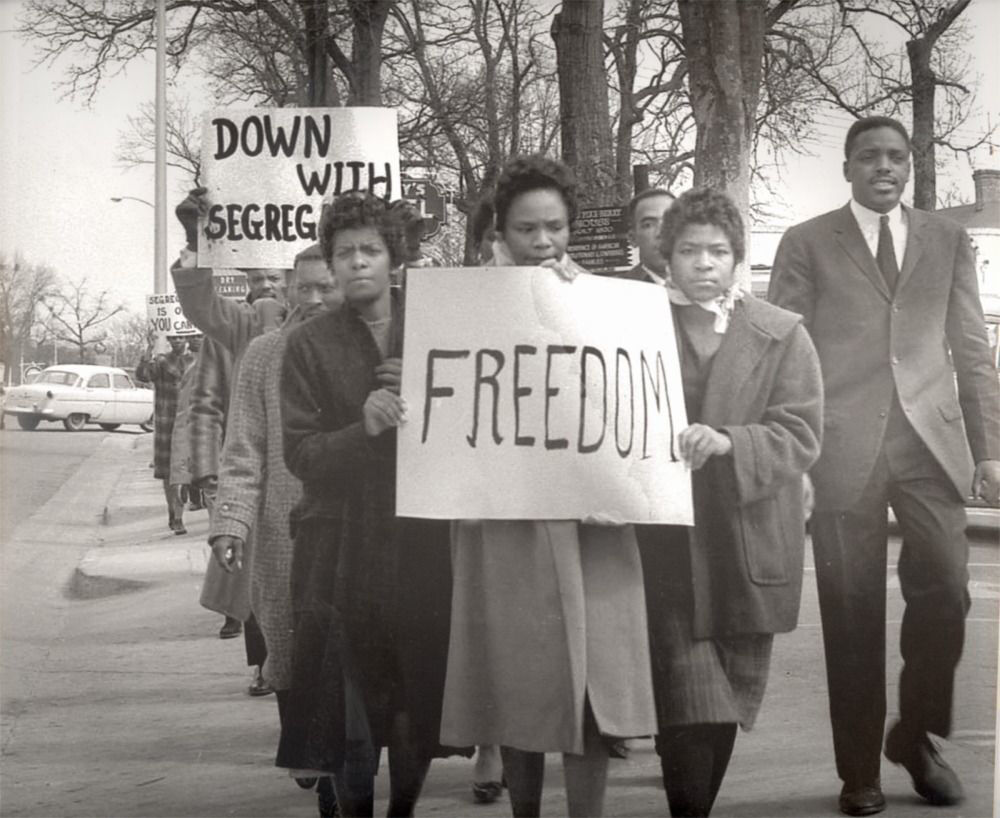 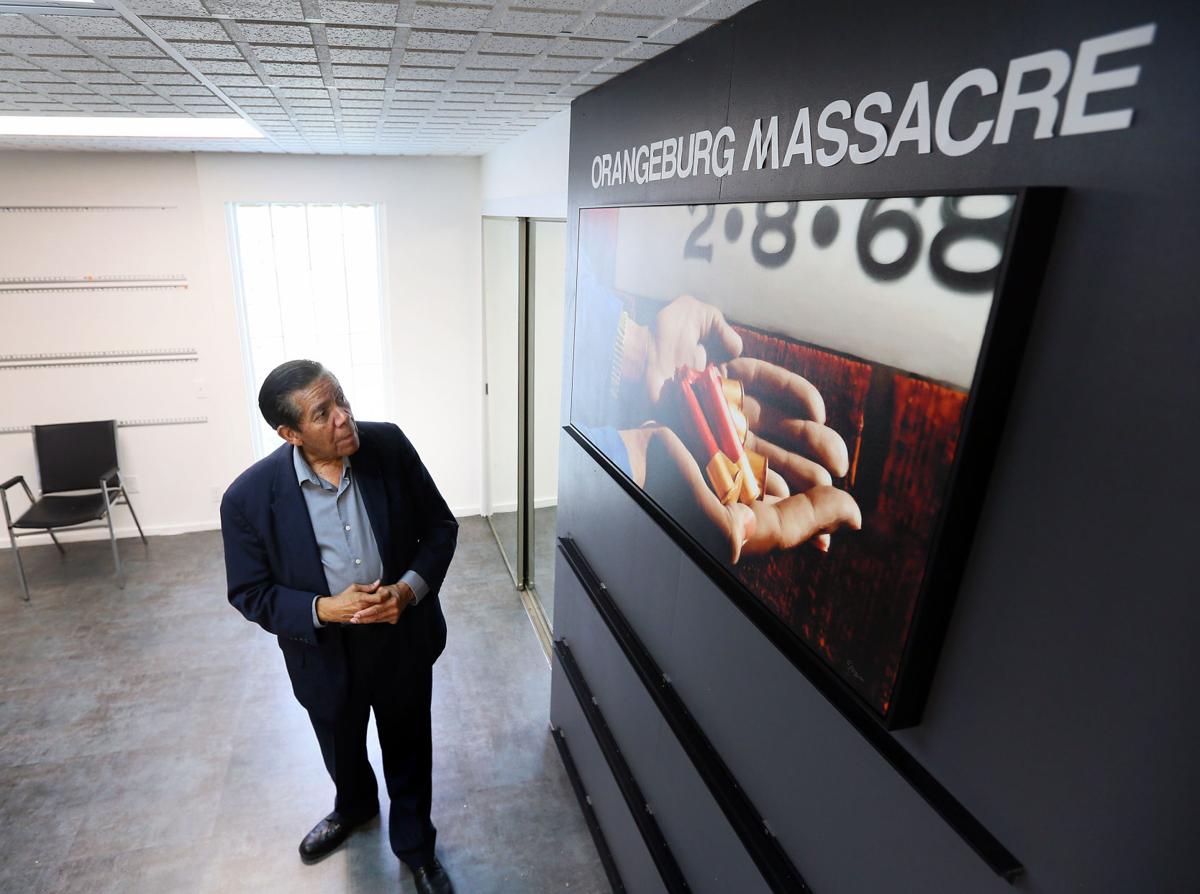 The day after three students were fatally shot in 1968, Orangeburg photographer Cecil Williams found and documented these spent shells from the site of what has become known as the Orangeburg Massacre. File/Staff 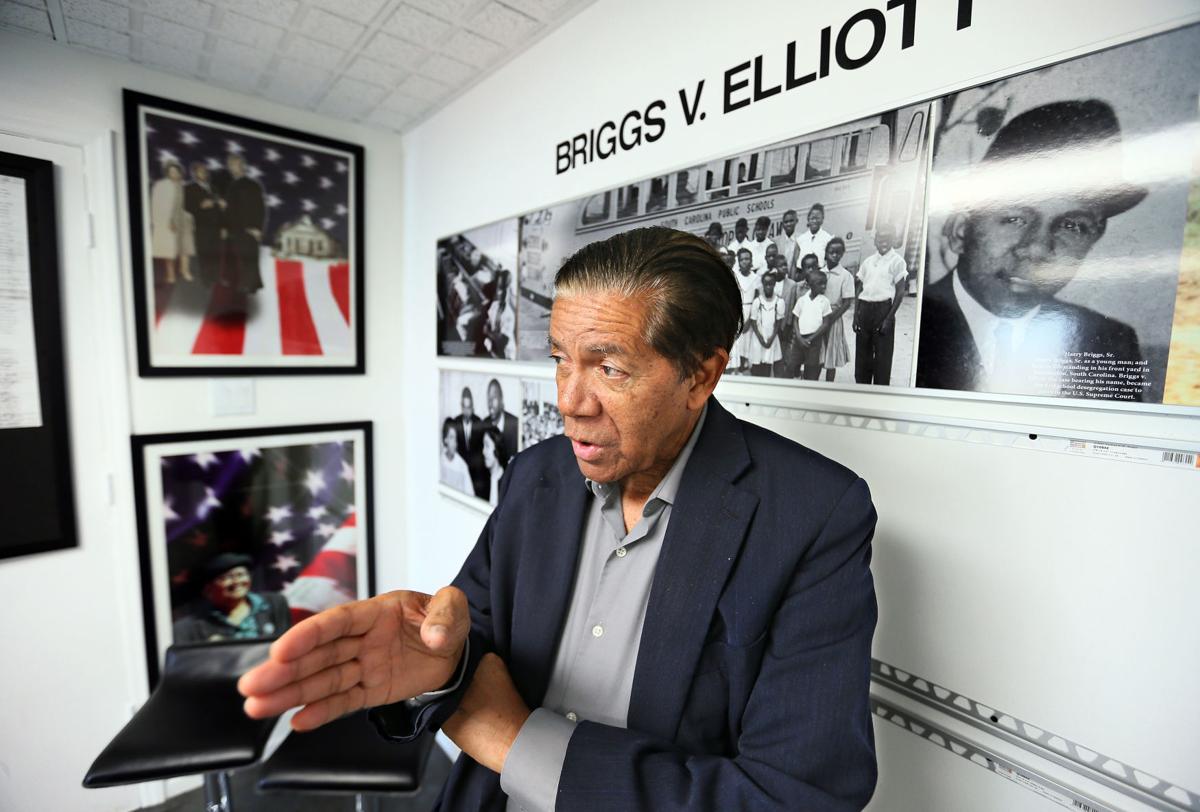 Orangeburg photographer Cecil Williams, 81, had a front row seat documenting South Carolina’s civil rights history, including the Briggs v. Elliott case in Clarendon County, and opened a museum with more than 300 of his photographs. Wade Spees/Staff 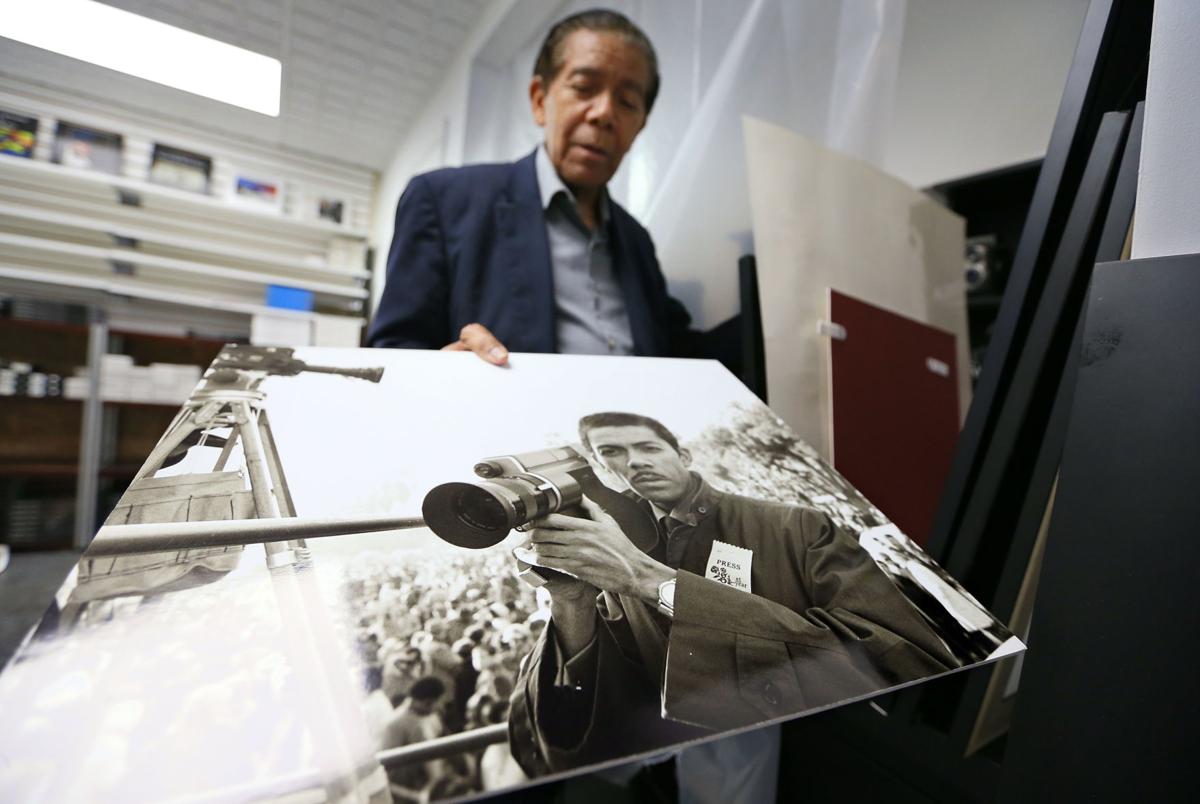 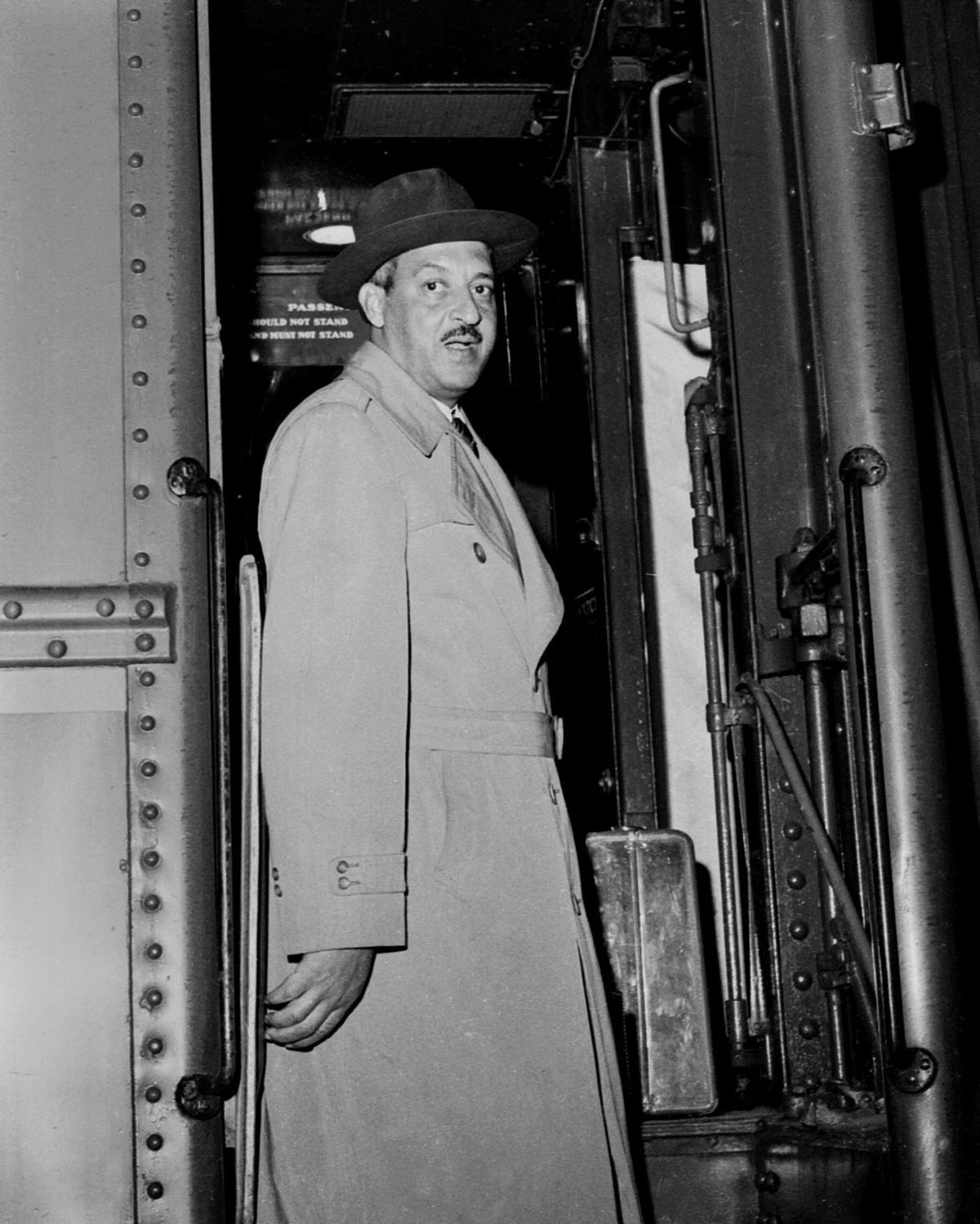 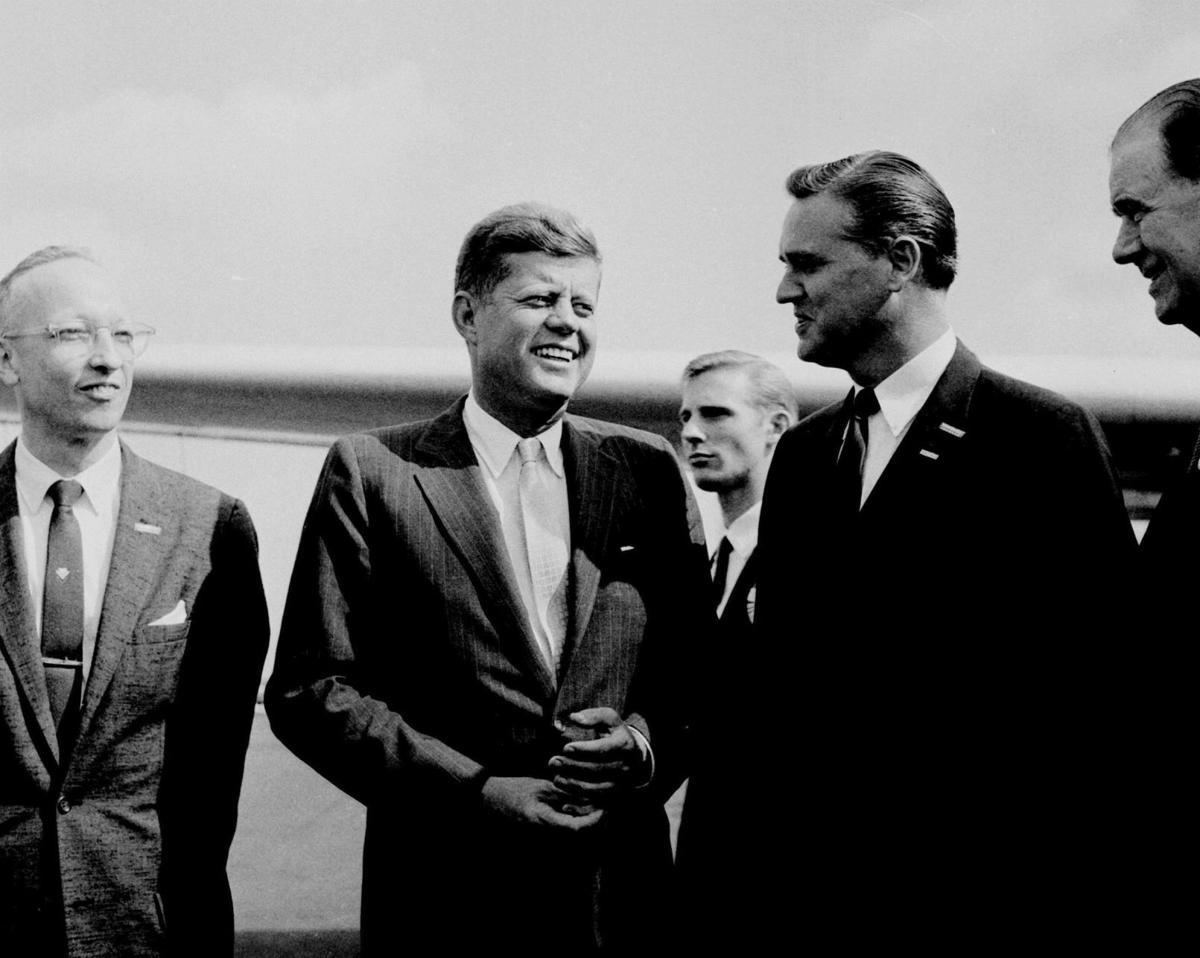 A photo by Cecil Williams of Sen. John F. Kennedy campaigning for president in 1960. To his right is Fritz Hollings, then-governor of South Carolina. File/Provided 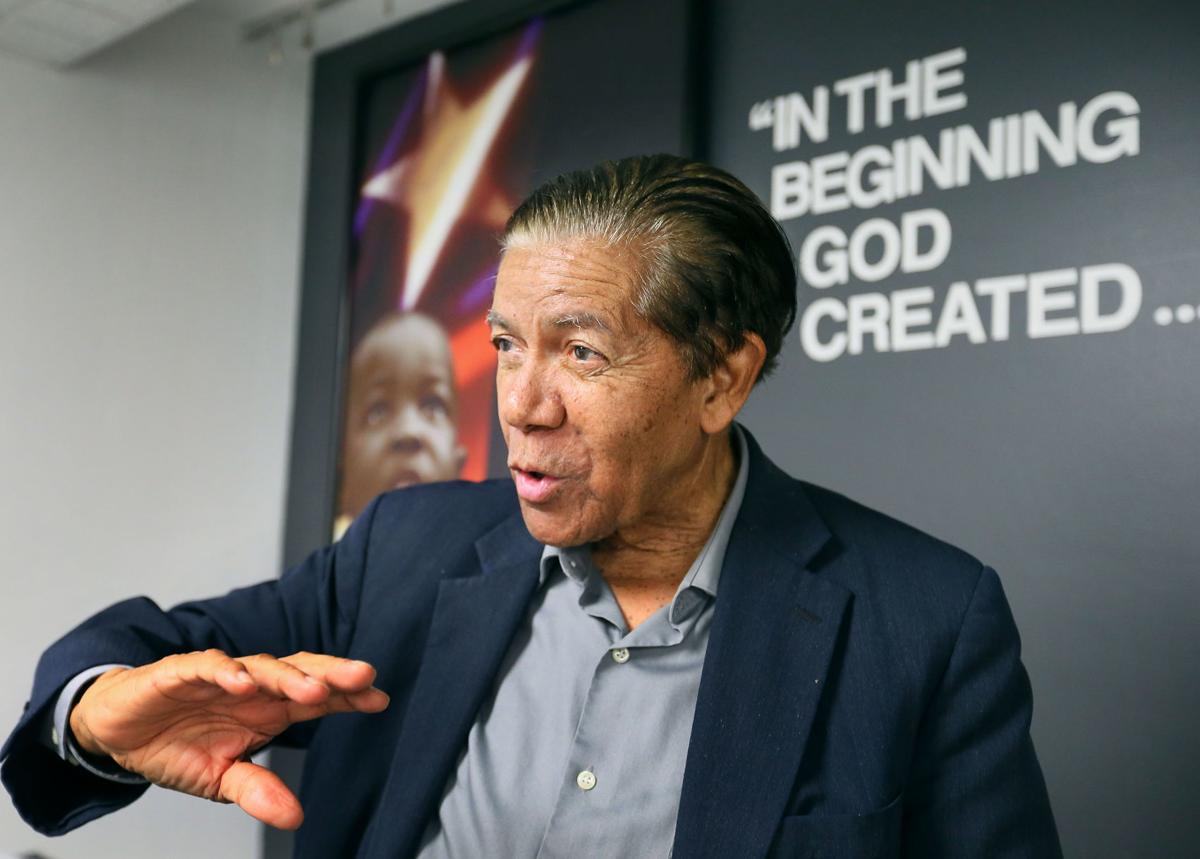 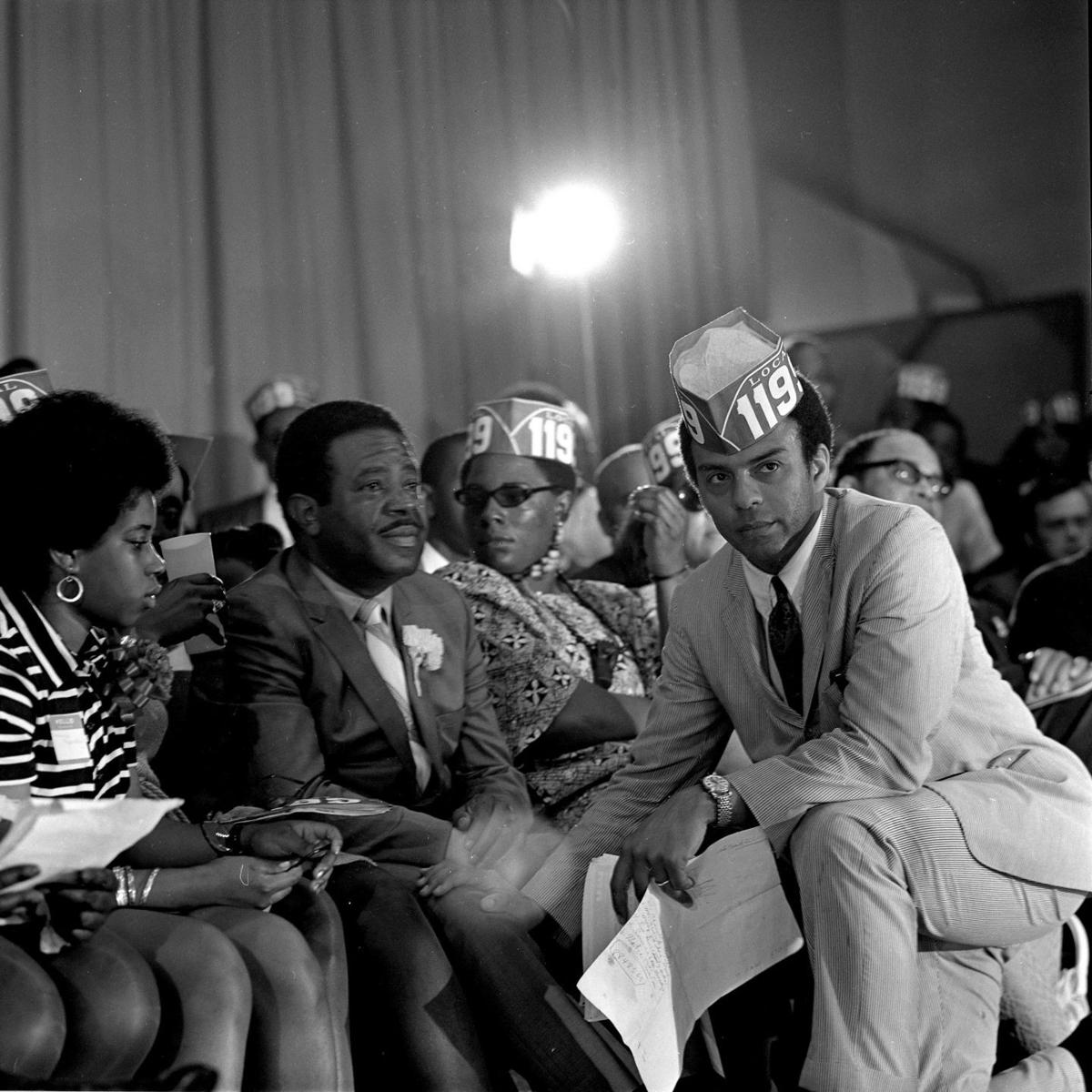 The day after three students were fatally shot in 1968, Orangeburg photographer Cecil Williams found and documented these spent shells from the site of what has become known as the Orangeburg Massacre. File/Staff

In America's ever-fomenting racial divide, much of what has come to bald, bracing light in the past two weeks and in the past two decades has surfaced by way of a moving image.

Time and again, videos have served as irrefutable proof of ill intent, the type of proof that prompts charges and moves thousands around the world to protest. Visual technology has evolved in ways that can literally make a case.

But well before that phantom limb we call an iPhone played a role in civil rights, there was photographer Cecil Williams. Born, bred and living still in Orangeburg, he has since the age of 9 possessed both the equipment and the eye to train a level gaze at the civil rights movement in South Carolina.

Last year, on his own steam and with his life savings and some private donations, Williams opened the non-profit Cecil Williams Civil Rights Museum in his hometown, concluding that the only way forward was by his own hand and on his own dime.

Williams certainly had the makings of a museum. Over the past seven decades as a working photographer for national, syndicated and local publications, he has framed in film most every player surrounding the civil rights movement, including Martin Luther King Jr., John F. Kennedy, Thurgood Marshall and Strom Thurmond.

Earlier this week, activism emerged again throughout the state, the country and the world, as both peaceful protests and tear-gassed riots offered countless images of a racial divide yet to be reconciled.

To gain a deeper understanding of this, my family and I drove to Orangeburg, a town seared in the state’s fraught history since 1968, when Highway Patrolmen opened fire on the civil rights protest of black students of South Carolina State College, killing three and wounding dozens in what is known as the Orangeburg Massacre.

Since 2019, Orangeburg also has been home to Williams’ museum, the first and only civil rights museum in the state. Setting out to mine our past, we left Charleston for U.S. Highway 301. Currently, the museum is offering visits by appointment only, as well as virtual tours that include free admission to the museum at a future date.

In town, John C. Calhoun Drive takes you through the main street that this week sagged with shuttered stores, perhaps due to coronavirus or perhaps no longer operating. Some posted new signs stating “black-owned business.”

The GPS to the museum led us to a residential neighborhood. There, we spotted a sleek mid-century building that was at once crisp and warm.

A building that speaks to Williams' love of Frank Lloyd Wright, it's a one-level assemblage of squares and rectangles punctuated by measured details: contemporary building numbers, bronze-colored doors, one round window with a blind behind it. In a front yard of even green grass, a single Palmetto is the sole tell to the property’s Lowcountry locale.

Designed by him in 1985 as a studio, it complements the adjacent home Williams built in the 1960s, cultivating a penchant for minimalism "because I detested what was happening in the South." Today, it contains hundreds of his photographs, artifacts and works of art that are evidence of something far less measured and deeply meaningful: the state’s seminal role in the civil rights movement from the late 1940s through the 1970s.

A slim man in a Panama shirt and pandemic mask, Williams ushered us into a white foyer branching into a warren of meticulously appointed rooms. He speaks in well-weighed, methodical phrases, wading into dense topics, facts first, pulling from an endless trove of historical knowledge.

Studies in black and white

Both in subject matter and media, Williams' museum is a study of black and white. Image after image frames civil rights leaders both black and white, photographed by him over decades.

There is Thurgood Marshall, documented by Williams at the age of 13 when he traveled with a bus group to Charleston to gather outside the federal courthouse during the proceedings of Briggs v. Elliott, the precursor to Brown v. Board of Education.

There is John F. Kennedy beaming confidently outside his 10-seater plane, The Caroline, where Willams had joined him. They had become friendly when Kennedy was a senatorial hopeful, who had first spotted the photographer being escorted from an event at New York City’s Roosevelt Hotel and commandeered for him a front press seat.

There is Martin Luther King Jr. in magisterial stance, as well as a copy of Jet magazine with Williams' image of the minister's wife Coretta Scott King, who traveled to Charleston for the Hospital Workers Strike.

There are rows of esteemed South Carolina leaders, like Esau Jenkins and Septima Clark, whose pioneering activism informed that of figures like King and Rosa Parks, and whose role in the civil rights movement is often obscured by those on the national stage.

"South Carolina history has been hijacked in a way because we've never really gotten the credit," said Williams. "We were really the catalyst of the civil rights movement."

Some walls of the museum are dedicated to historic events such as the Orangeburg Massacre and the Charleston Hospital Workers Strike, all borne out in black-and-white photography in which Williams trims anything extraneous from the shot, removing stray objects and distractions to lay bare the heart of the story. On slim silver wall rails, the images stand side by side in exacting rows, marching against walls in uniform succession.

Williams cites one of his four books, "Out-of-the-Box in Dixie," explaining his process of dignifying African American subjects, preparing them with gray tones. "Even film is biased against things that are darker."

When color inserts itself, it often does so jarringly, like the glaring orange of the spent shells he picked up as a student the day after the Orangeburg Massacre.

There is also the brown-and-gold leather Bible that belonged to the Briggs family, encased in gleaming Lucite and the rows of weathered yearbooks Williams shot, their fading glory neatly shelved.

His activism is manifest on both sides of the camera, as evidenced in images like that of a youthful Williams, sipping from a “white only” fountain while soberly staring into a camera lens, understanding from his youth the implacable power of image.

On leaving the museum back into a tranquil subdivision, I saw our state, its decades-long marches and protests and strikes and stump speeches, and our tumultuous present, through new eyes, a perspective made possible by one committed artist and activist.

"Racism hasn't gone away," he said, citing the Confederate flag on Highway 301 "Now we've just got cameras to capture it."

From Orangeburg, we headed up to Bishopville for an overdue visit to Pearl Fryar’s Topiary Garden, also tucked into a residential neighborhood and enveloping his home.

The son of a sharecropper who was so driven to win the neighborhood’s prize for garden of the week (and to become the first black member of the neighborhood to do so), he forged a fantastical, Seussian garden from cast-off plants and garden shears, and has since created works for Spoleto Festival USA in the nearby Philip Simmons garden.

On Johns Island, the roots are tangled. And so are the stories.

Fryar, who has often spoken of the impact of the civil rights era on his life, also added metal sculptures with messages like “unity,” as well as the words "peace," "love" and "goodwill" once formed in grass from vibrant flowers. On our visit, those words were bereft of their once-bright blooms, no more than faint scars difficult to trace.

It was a somber reminder of the fragility of noble causes and heartfelt callings, and that the life work of treasured South Carolinians guided by the civil rights era can go to seed in a season without our proper tending.

For his part, Williams is heartened by the significant showing of young protesters coming together in Black Lives Matter, both black and white, now tending to his lifelong mission. "The people who have voices are speaking out."

When: By appointment only or via virtual tours