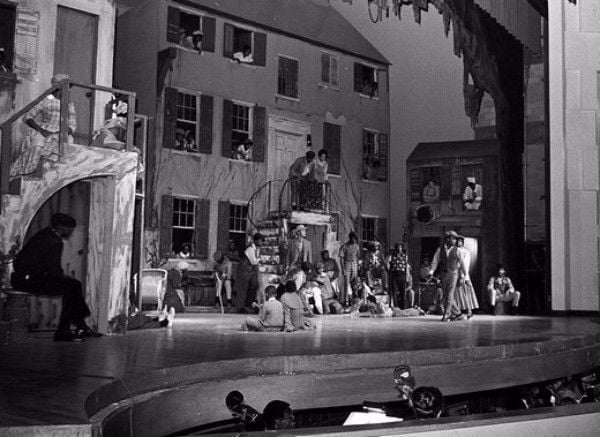 A performance of the 1970 production of "Porgy and Bess." Provided 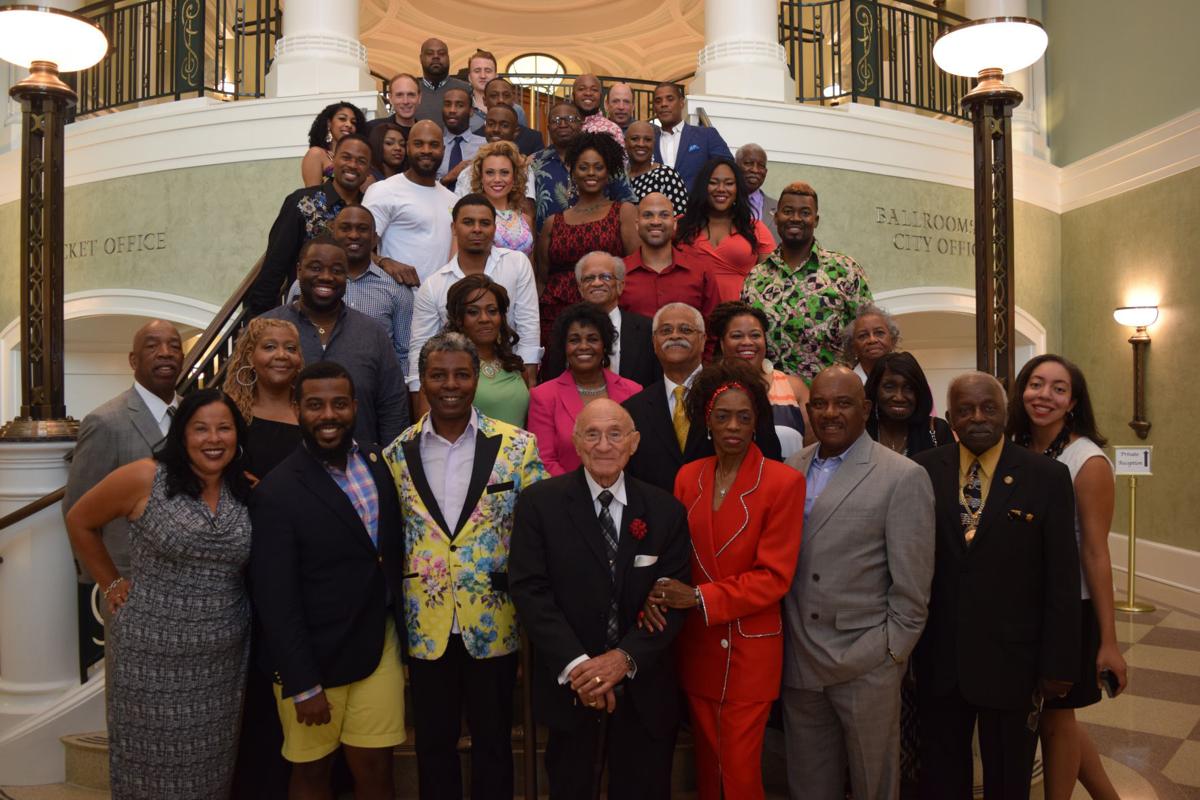 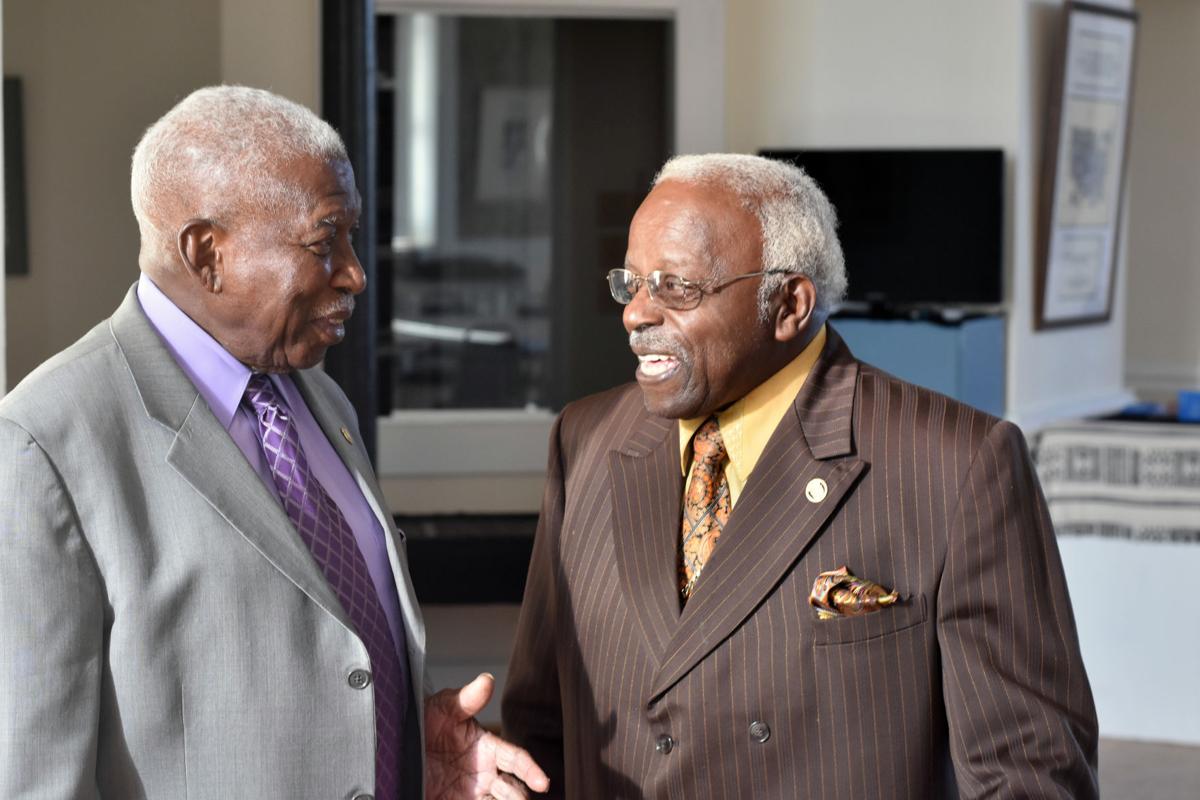 Floyd Breeland and James Edwards were among the cast members of the 1970 production of "Porgy and Bess." Charles McKenzie/Provided 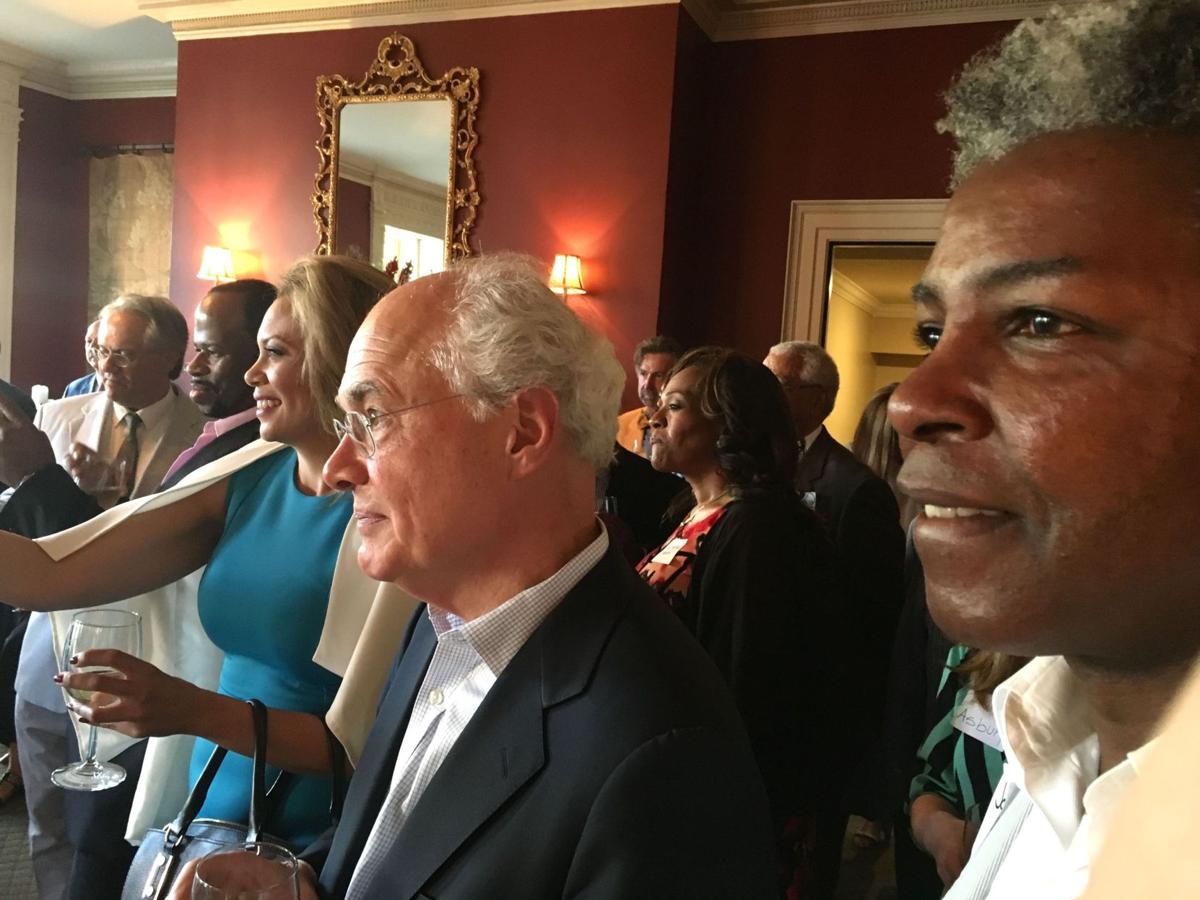 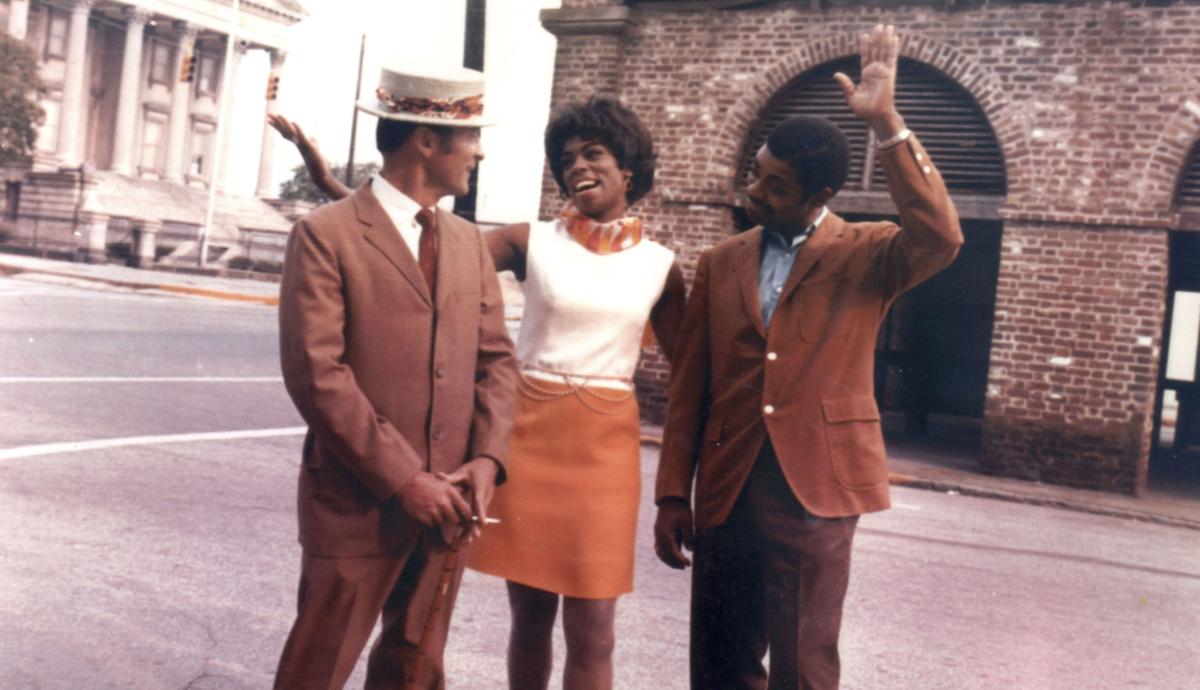 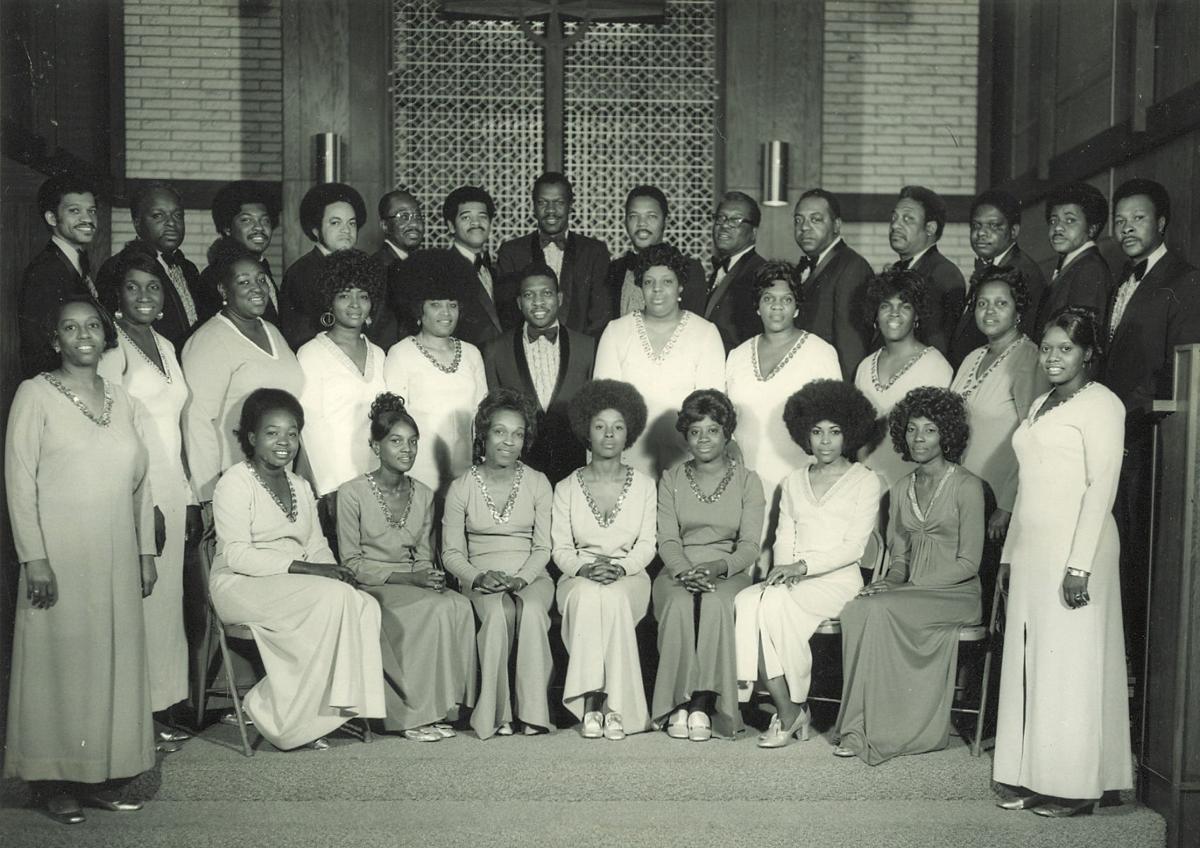 A performance of the 1970 production of "Porgy and Bess." Provided

It was a milestone South Carolina anniversary. It was aimed to bring the community together in celebration. And it converged with a racially charged moment in time when gathering all in unison required soul-searching and sensitivity.

As Charleston prepares for the now postponed 350th festivities, we have another milestone upon which to reflect. In 1970, 50 years ago, the city joined in the statewide tricentennial celebration. And, while integration had been in motion since the Civil Rights Act of 1964 desegregated public places, not all of Charleston was walking the walk.

The solution to navigating a new world while commemorating the old? It was “Porgy and Bess.”

Is that a high C you hear? Opera in Charleston is on the rise — and in surprising places

Funded by the South Carolina Tricentennial Commission, the Charleston component was to be the city's first-ever production of the Gershwins’ folk opera, which was based on the novel “Porgy” by Charlestonian DuBose Heyward, on its home turf.  Presented at the two-year-old Charleston Municipal Auditorium (now the Charleston Gaillard Center), it would be the first ever performance for an integrated audience.

“Putting on a production of ‘Porgy and Bess’ was a stroke of genius,” Harlan Green wrote via email.

Greene is a writer, historian and archivist at the College of Charleston Special Collections Department, which holds materials from the production.

“Here, local African Americans, and a few professionals, brought white (and black) Charlestonians leaping to their feet, applauding an opera that to the rest of world was high art, but to many here was something holy.”

Produced by the Charleston Symphony Association, the team enlisted Ella Gerber from New York City to direct it. In Charleston, James Edwards, founder of the Choraliers Music Club, was tapped as choral director. Edwards, who died on March 30, was responsible for casting and overseeing the chorus.

"You had people who were willing to listen to the director and power through what she wanted you to do," said Dr. Annette McKenzie Anderson. Hoping to sing the high notes Gershwin had composed for the chorus, the young singer had only known "Summertime" and prepared for her audition by repeatedly listening to a Leontyne Price recording. After a few auditions, she was picked by Gerber to play Bess.

"She was a fantastic lady," she said, noting Gerber's attention to details like a real crab cart for the crab man. "She had the power of bringing people together to make a production."

The production was cast from 120 mostly local, nonprofessional African American Charlestonians for 16 sold-out shows (with two of the matinees to be performed by New York performers in the leads to give the others a reprieve).

Such a convergence of centuries-old history and history-making integration was a milestone in and of itself, one that caught the attention of national media (no small feat in Charleston’s pre-Spoleto days).

The New York Times trumpeted the premiere in an article on June 26, 1970. “The goat cart that pulled Porgy to international fame brought him home to Charleston this week for the first time since the musical had its premiere 35 years ago,” it began, reporting that 2,700 people attended the black‐tie opening, among them Jenifer Heyward, the author’s daughter. An ailing Ira Gershwin, the only surviving member of the original creative team, sent a telegraph.

Greene recounts that the year before the production, 1969, saw martial law in the city, as African American hospital workers struck for fairer wages.

“It was tense and the wounds had barely healed when suddenly came the need to put on a good face and be happy for the state’s and the city’s 300th anniversary," he said.

Charleston-based filmmaker Lauren Waring Douglas, who is currently working on a documentary about the production entitled 'When Porgy Came Home," also cites a clash between the Black Panthers and the National Guard during that time.

According to Douglas, the production pioneered other creative choices that she attributes to Edwards.

"It was the first production that actually delivered lines in a Geechee accent," she said. Gerber was more than encouraging of the cast members to highlight their Gullah culture that Gershwin had aimed to capture, including the Charleston clap that is part of the song "Oh Lord, I'm on my way."

What’s more, the cast represented a who’s who of Charlestonians of great achievement. There was Edwards, a celebrated local educator and musician, who, in addition to serving as choral director, performed the role of Robbins. There was Anderson, who would later become a presidentially appointed speech pathologist. There was also former South Carolina Rep. Floyd Breeland and former judge Daniel Martin Sr. There was Tony Burke, who played Jake along with his brother Walter in the chorus, and who still figures prominently into Charleston's music scene.

There was the audience, too. Take, for instance, an impressionable young high school student who many in town know today as Charleston's Mayor John Tecklenburg. There was the son of a cast member, Martin, who is now a judge, as well.

Greene was there, too. Long before managing the materials at the College, he had been a member of the audience.

“I was in high school and it was the first opera I ever saw,” he said, “I came out changed, lifted by the power of art. I think the city had a similar experience.”

"It was an experience I will never, ever, ever forget," said Anderson. For her, it was partly due to Gerber's approach, in which everyone on stage, whatever the size of their role, was a vital part of the Catfish Row community.

Many of the cast members reunited for Spoleto Festival USA's 2016 production featuring set and costumes by another South Carolinian, Jonathan Green. Then, last October, Anderson and Douglas traveled to New York City to see the Metropolitan Opera's recent production. While there, they were introduced to cast members by Met company member Annette Spann Lewis, a Charleston native who had been a teenager in the 1970 production with Anderson.

During intermission, Anderson was asked if she was enjoying the show.

"Well, I am enjoying it. It's really beautiful, but there is only one problem," she said. When asked what that problem was, she replied, "I'm not up there singing with them."