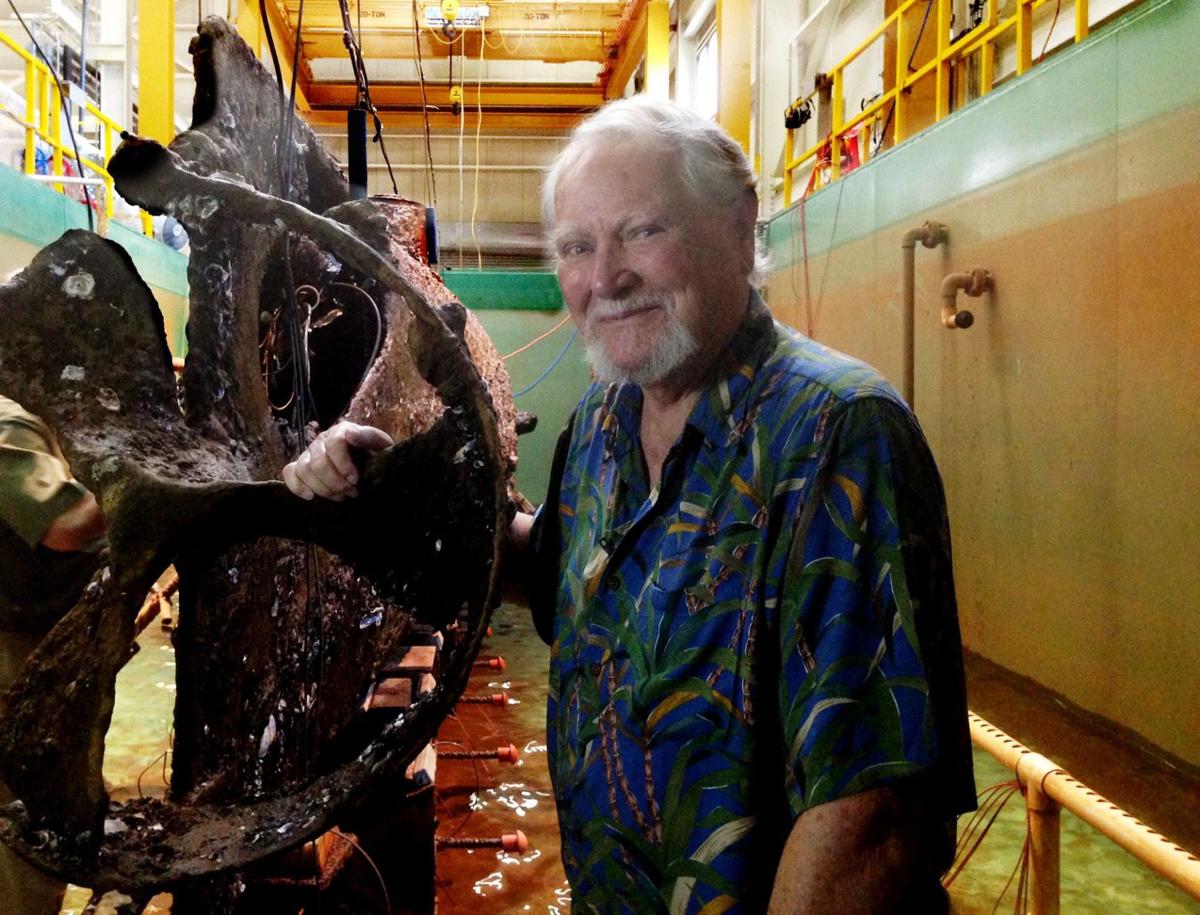 Author Clive Cussler visits the Hunley, which his NUMA team found in 1995, at the Warren Lasch Conservation Center on Wednesday, July 17, 2013. File/Provided 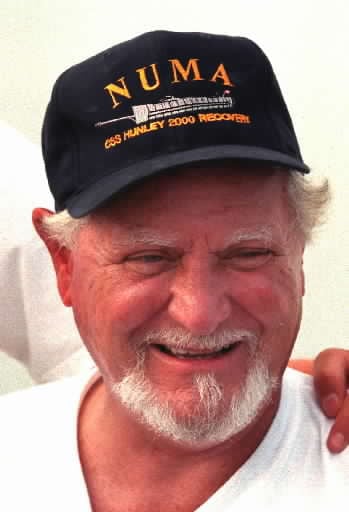 Clive Cussler was all smiles after the Hunley was raised the morning of Aug. 8, 2000. File/Brad Nettles/Staff

When he returned to Charleston, which was often, Clive Cussler always stopped in to see the Hunley.

The famous adventure novelist and shipwreck hunter had a soft spot for the world’s first combat submarine — without a doubt, his greatest discovery.

But the last time he was here, Cussler also saw an entire industry springing up around that little Civil War sub: The Zucker Family Graduate Education Center, an energy innovation complex that develops wind turbine technology and, of course, the Warren Lasch Conservation Center ... where the Hunley is being conserved.

All that is part of the Clemson University Restoration Institute, a laboratory that has become so renowned for restoring historic metal, wood and textiles that other states send their precious artifacts here to be preserved.

Hunley submarine crew may have run out of air, SC researchers say

And it all started 40 years ago because a man with adventure in his heart came to town.

“History has always been our business,” says Warren Lasch, who recovered the Hunley and became close friends with Cussler. “Clive gave us worldwide recognition as the professionals for preserving that history.”

Cussler died Monday at the age of 88, leaving behind a wife, three children, more than 80 books, 60 discovered shipwrecks and millions of fans.

His rise to prominence in literature and sea hunting is the sort of story that former ad men, as Cussler was, used to make up: He started writing sea stories in a California dive shop, hit it big and then started living out exploits nearly as dramatic as the tales of Dirk Pitt, his fictional hero and alter ego.

Cussler will be remembered mostly for his novels, but around Charleston folks should think of him as the friendly, slightly eccentric guy in a “Clive who?” T-shirt who showed up on the docks here in 1980 ... and ultimately helped shape what this once-sleepy little town became.

After the success of his third published novel, “Raise the Titanic!,” Cussler took up the hobby of searching for shipwrecks around the world, beginning with John Paul Jones’ Revolution-era ship, the Bonhomme Richard.

The hunt soon turned from hobby to passion, leading Cussler to start a nonprofit that did nothing except fund expeditions to find lost artifacts of history. And early on, he turned his attention to Charleston, and the Hunley.

It made perfect sense that Cussler was drawn to the sub; it practically sailed out of one of his novels: A secret technological marvel makes history and vanishes without a trace.

Treasure hunters and various others had spent decades searching for the sub, to no avail. But no serious surveys started until Clive showed up.

Over four expeditions and 15 years, he became determined to find the sub. And in 1995, Cussler and a team led by veteran underwater archaeologist Ralph Wilbanks did it.

After the Hunley was recovered in 2000, Cussler visited Charleston often. Although he lived life larger than any writer since Hemingway, he was an often quiet, kind man who just wanted to hang out with his friends. He came here to smoke cigars with Lasch and drink rum with Wilbanks.

On one of those trips, while checking up on the Hunley, he looked around at how much a simple shipwreck search long ago had sparked.

“I’m just glad that we saw so much benefit from it,” he said.

Wilbanks says one of the things he admired most about Cussler was his tenacity.

“He was a real adventurer, not a thrill-seeker,” Wilbanks says. “He would look for something until he found it. He would not quit. Most people quit.”

Wilbanks is not a man who suffers fools, so his endorsement of Cussler says plenty about the writer’s character. So does this: Cussler never kept a single artifact off any of the ships he found, and always turned the coordinates over to the agencies best equipped to protect them.

Cussler hunted shipwrecks for the fun of it and a genuine, life-long love of history. He wasn’t looking to profit. But, because of his efforts, Charleston certainly did.

So, thank you, Clive. It’s been an adventure.