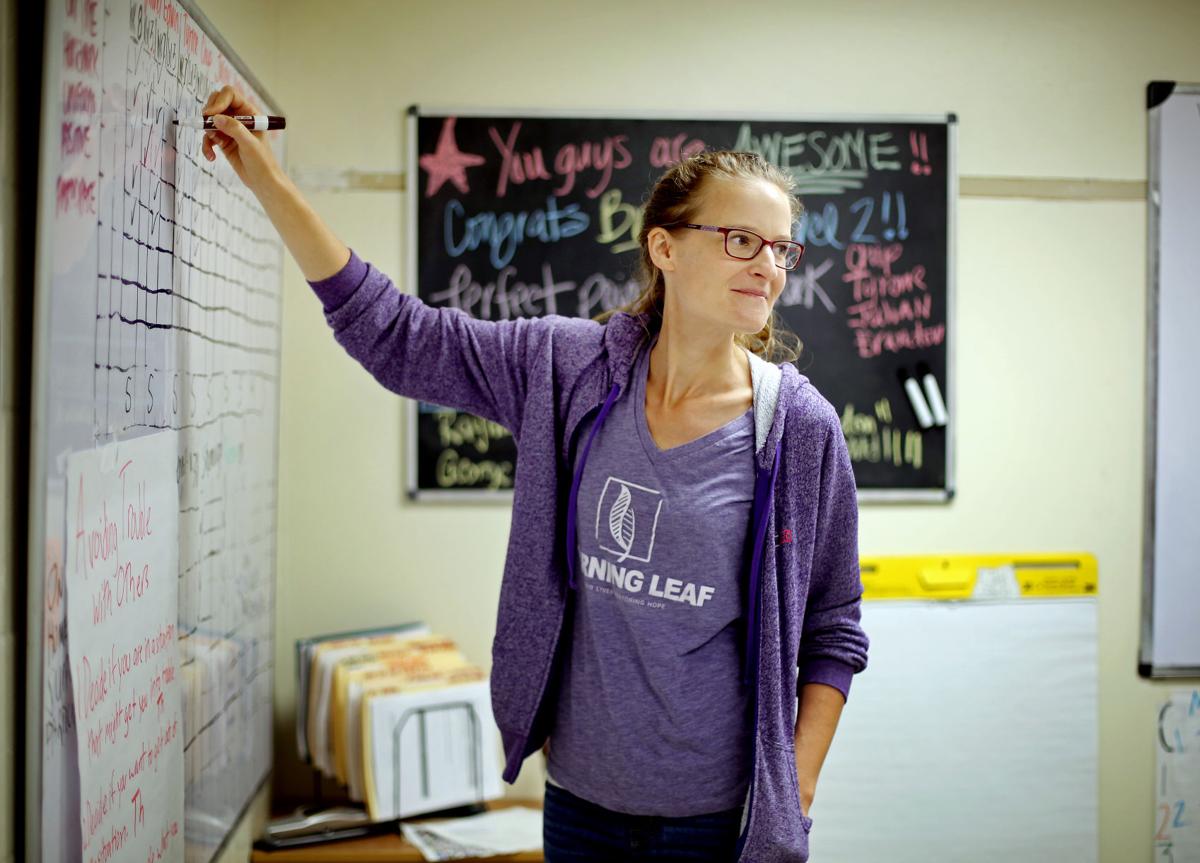 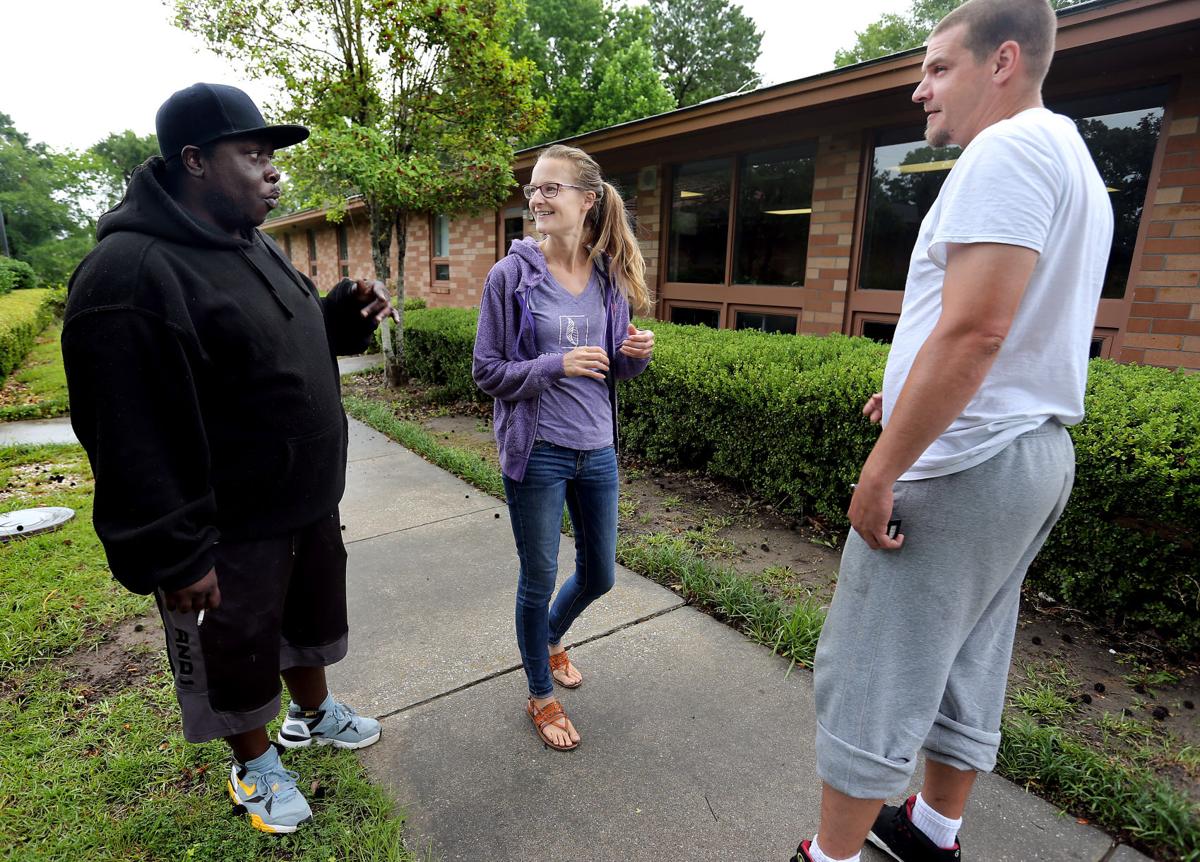 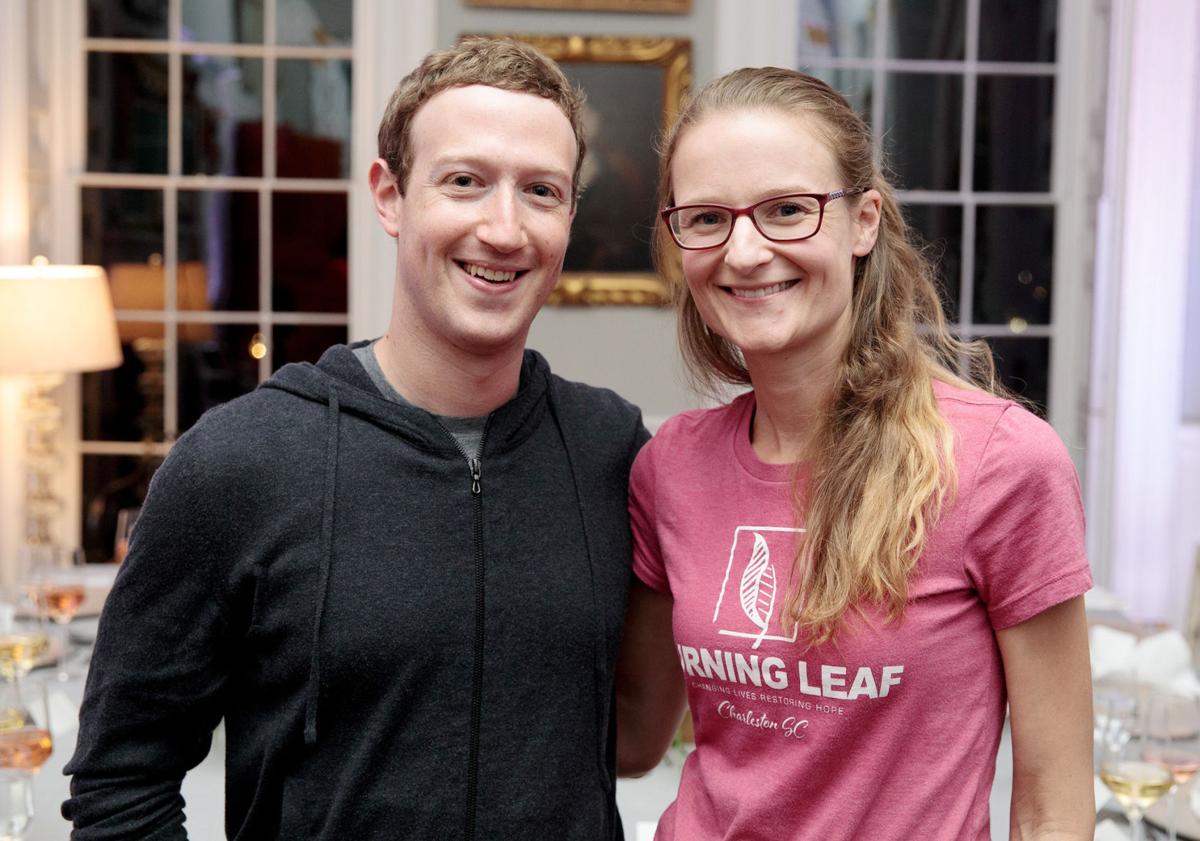 More than a quarter of the crime committed in Charleston County last year was the work of just 1,900 men.

And 12 of them are sitting in Amy Barch’s classroom this morning.

Many of them are drug dealers, but some dabble in carjacking, home invasion and armed robbery. A few have shot people, a couple are gangbangers. The only thing they have in common is that they're all violent, repeat offenders with long rap sheets and dim prospects.

And they are all looking to Barch for a way out.

On this morning, one man shows up 10 minutes into class, a serious violation of the rules. He becomes part of the lesson.

“Let’s say I’m mad that Raymond is late. I could call him out in front of the class, embarrass him and maybe make him mad,” Barch says, eliciting much laughter.

“Or I could stop and think about it. Maybe his car wouldn’t start. Maybe traffic was bad, or he got into an accident. I could confront him, or I could wait until after class and ask him casually, without accusing him, ‘Hey man, how come you were late today?’”

Unlike most recidivist programs, which are faith-based or focused on job training, Barch’s Turning Leaf Project uses cognitive behavioral therapy to basically rewire the minds of felons. She teaches them about personal responsibility, empathy and consequences.

Most of them take this seriously. The class spends five minutes explaining why the second option is the best way to resolve the Raymond situation. Barch nods as they speak, praises their solutions with a simple “Cool.”

The numbers suggest this unconventional approach gets results. Nationally, 75 percent of criminals released from prison are re-arrested soon after their parole. In the past year, 75 percent of the men who completed the Turning Leaf program have stayed out of jail.

Federal judges, state prosecutors and local police predict this will one day be a national model for rehabilitating hardcore criminals. But Barch has yet to convince the politicians who fund such programs, or satisfy her harshest critic.

Barch doesn’t look like the future of the criminal justice system.

She typically wears a hoodie over a T-shirt and jeans, and works out of a classroom that could be in any high school or college. Barch doesn’t lecture her students so much as she talks to them, encouraging the conversation while keeping the lesson on course.

These tough guys do everything she asks; they even role play for her.

Recently, a student was upset because his family asked him to come to Beaufort for his mother’s birthday, even though that would violate his parole. Barch persuaded the young man to pretend he was on the phone with his brother, played by a classmate who understood the peer pressure of the streets.

Other students interrupted to warn that this was a bad idea. What if he got pulled over for a broken tail light? He could wind up back in jail.

That sort of critical thinking, Barch argues, is the key. Too many repeat offenders never think about what their crimes do to them, their families – or their victims. For them, the street is simply another line of work.

The daughter of a Washington, D.C.-area doctor, Barch long considered herself a hippie who wouldn’t sell out to corporate America. At 21, she bought a one-way ticket to Europe to travel, work and live off the grid.

“I didn’t want to be a person who works for things.”

When she became disillusioned with that life, Barch returned to study law, society and justice at the University of Washington. Assuming she would become an attorney, Barch took a job with a re-entry program in D.C.

The work frustrated her – it was more about providing basic needs than correcting criminal behavior. Many of the men quickly ended up back in jail.

“If we’re going to change anything, we have to do more than give them bus passes,” Barch says.

In 2010, Barch and her husband moved to Charleston. While working case management for East Cooper Community Outreach, she heard a guest speaker talk about cognitive behavior therapy. Between waiting tables at two restaurants, she started developing her own class.

When she first showed up at the Charleston County jail offering to do volunteer work with inmates, most officials were leery. Barch writes this off to stereotype – a lot of people work with criminals only to land lucrative grants. But Charleston Police Chief Greg Mullen recognized Barch’s sincerity, and agreed with her solutions.

“I am a law-and-order guy, but we’re not going to arrest our way out of this,” Mullen says. “If you really want results, you have to change these people who are repeat offenders.”

On the chief’s recommendation, the city funded a small pilot program. In the first year, 76 men went through Turning Leaf.

Of the 30 who completed the course, only three were re-arrested.

In March, Facebook CEO and philanthropist Mark Zuckerberg hosted a private dinner for Charleston officials and a few local innovators at the Nathaniel Russell House. Barch made the cut.

When she arrived, in her usual T-shirt and hoodie, Barch saw the mayor and chief in coat and tie and feared she’d made a serious faux pas. That’s typical of Barch – she never thinks politically. If she did, Turning Leaf might have more funding.

Most politicians are wary of using taxpayer money to help criminals. So far, only the city and Charleston Democratic state Sen. Marlon Kimpson – who secured $50,000 for Turning Leaf in the state budget – see the bottom-line benefit. It costs about $7,000 to put a man through the program, while the government spends between $17,000 and $30,000 a year to keep them locked up.

Barch could pad her success rate, and probably her budget, by taking on one-time offenders or people who didn’t fit her profile. But that, she says, would be cheating ... and useless.

“If we want to reduce recidivism, we have to work with people likely to re-offend,” she says.

And that is all she wants to do. But the scarcity of funding has kept Turning Leaf from expanding and occasionally even caused Barch to doubt her work. Those doubts, and the stress of working with criminals (she’s been called a racist, cursed out and threatened), once left her secretly hoping the program wouldn’t get funded so she could quit.

But she is too tough for that. Her husband has never feared for her safety, even when she taught classes while pregnant. In truth, most of these students are fiercely protective of Barch.

“It just feels good when someone believes in you,” says Desmond Deas, a Turning Leaf student. “I know I can depend on Amy.”

Some would assume that to do this work, Barch is naïve or hopelessly optimistic. But she is neither. She doesn’t take grief from her students, and will kick anyone out of the program for failing a single drug test. It’s the only way, she says, to teach consequences.

Barch is slowly gaining a national reputation. A group from Chicago determined to quell that city’s staggering gun violence wants to visit her for pointers. U.S. District Judge Richard Gergel sentences men to her program, and U.S. Sen. Tim Scott, R-S.C., invited her to meet with Attorney General Jeff Sessions.

Over the next several months, we’ll follow Barch and the men in her classes to see how the program is working. Her aim is to reduce recidivism among her students to 30 percent – less than half the national average.

That's an ambitious goal, but Barch proved long ago that she isn't interested in taking the easy way out.