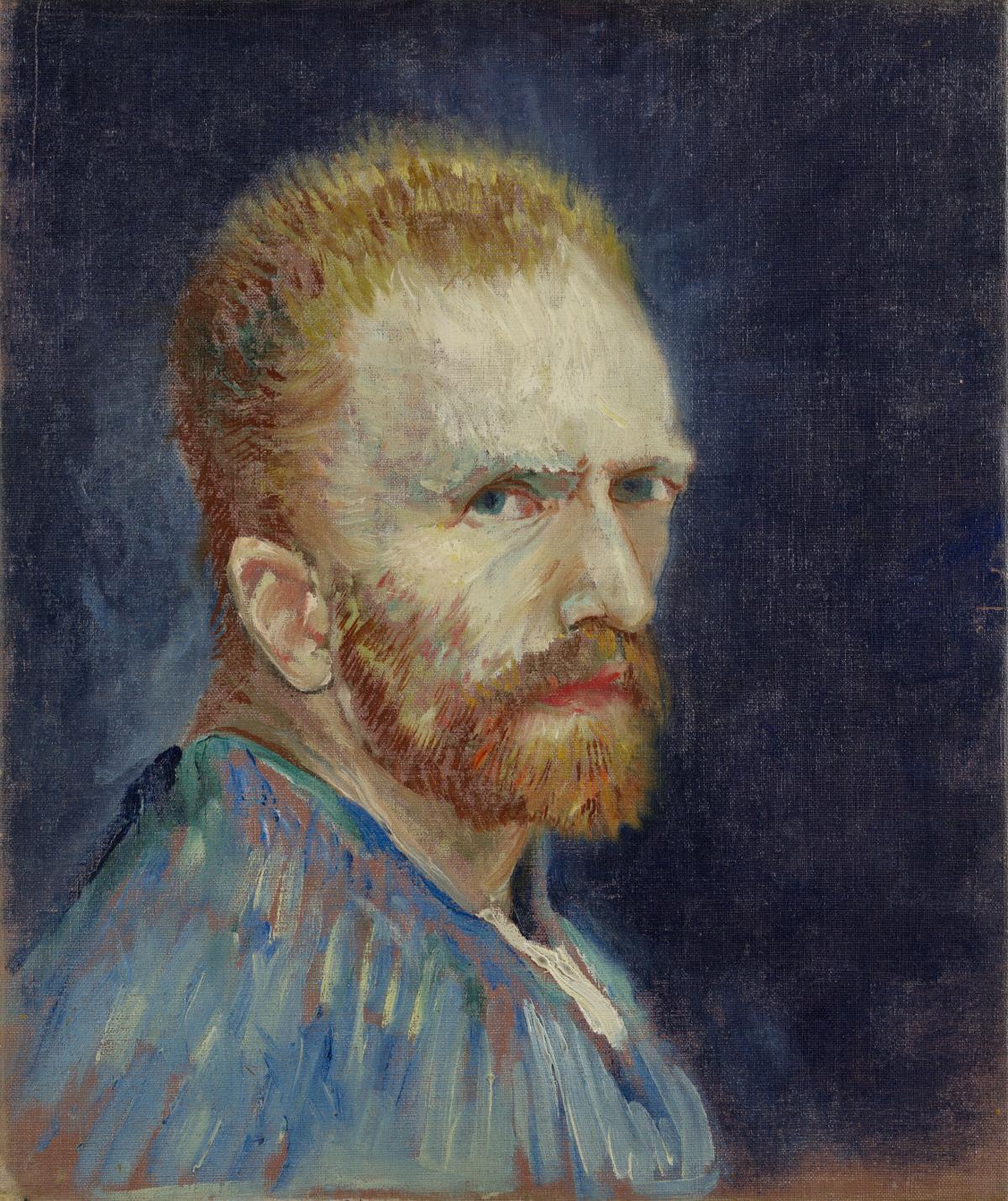 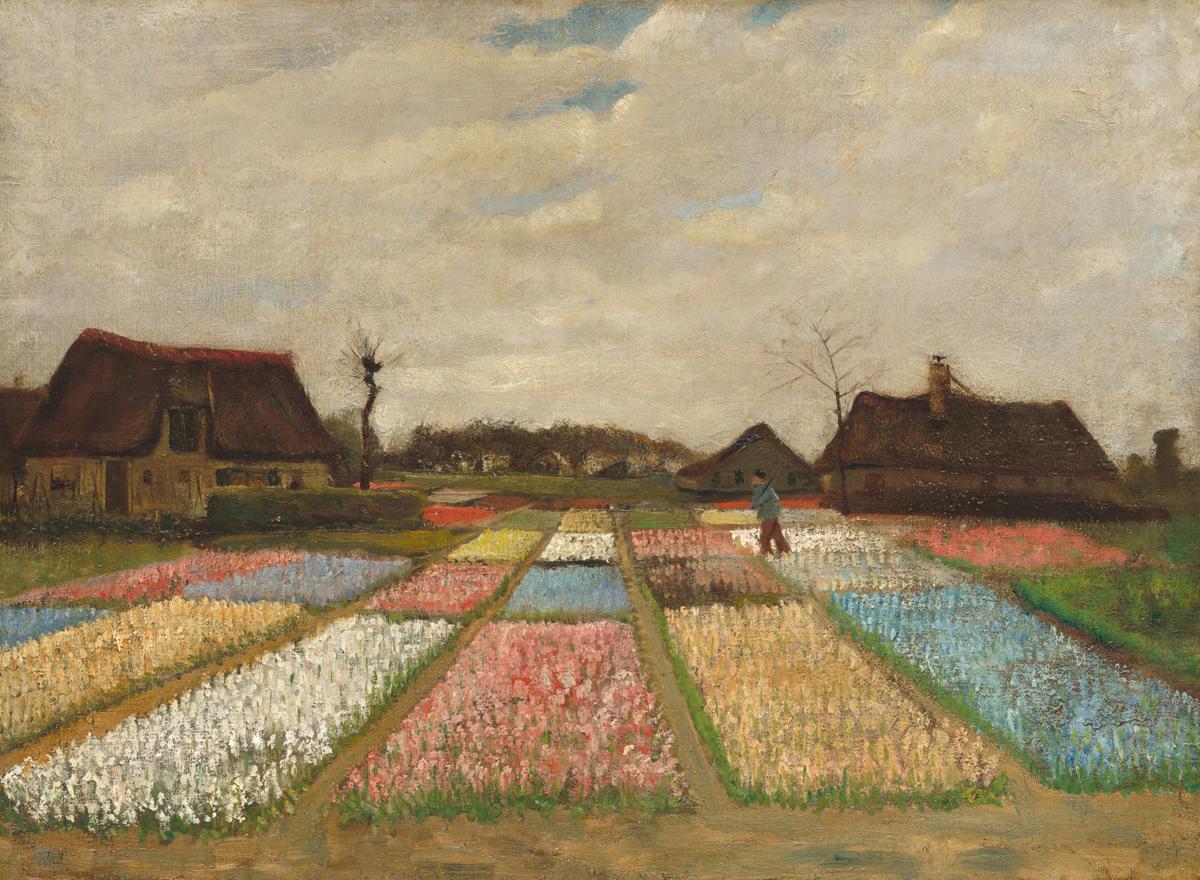 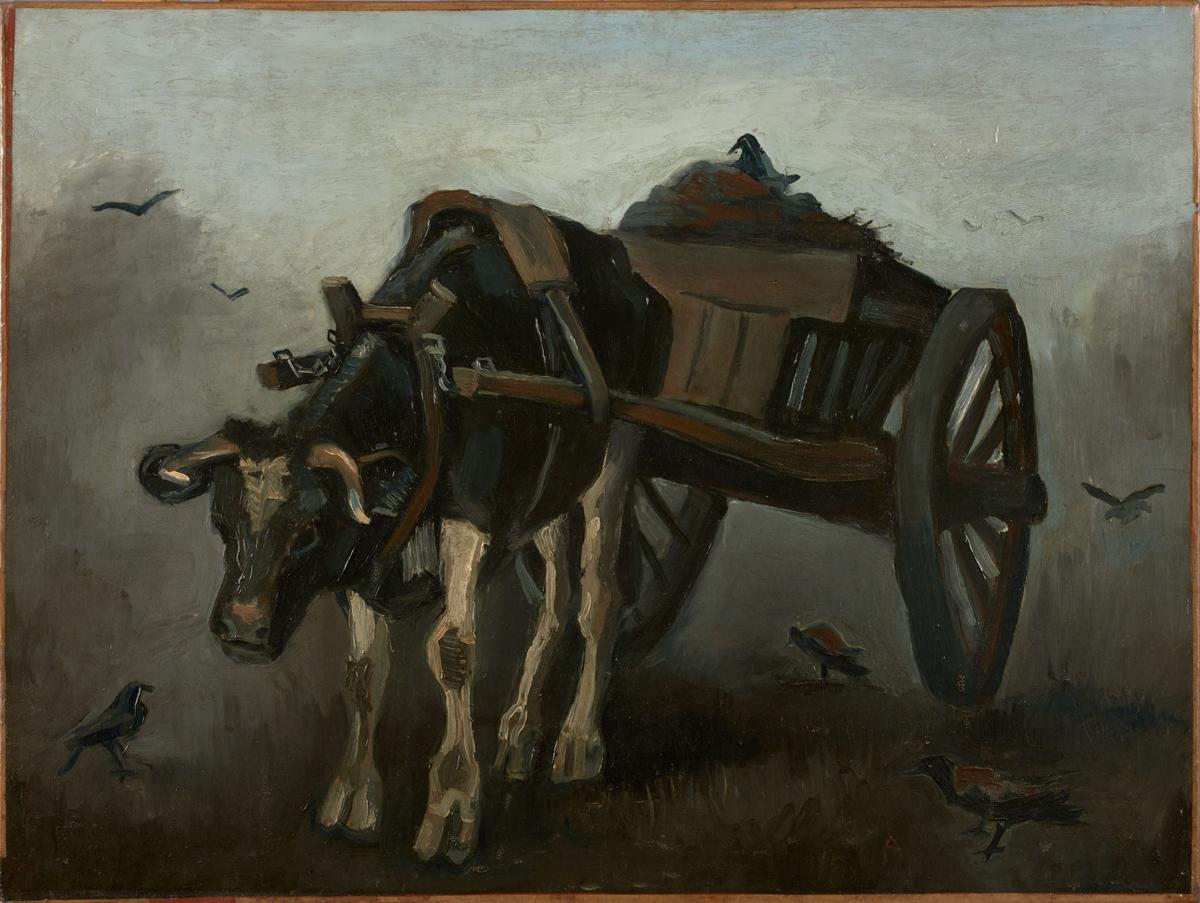 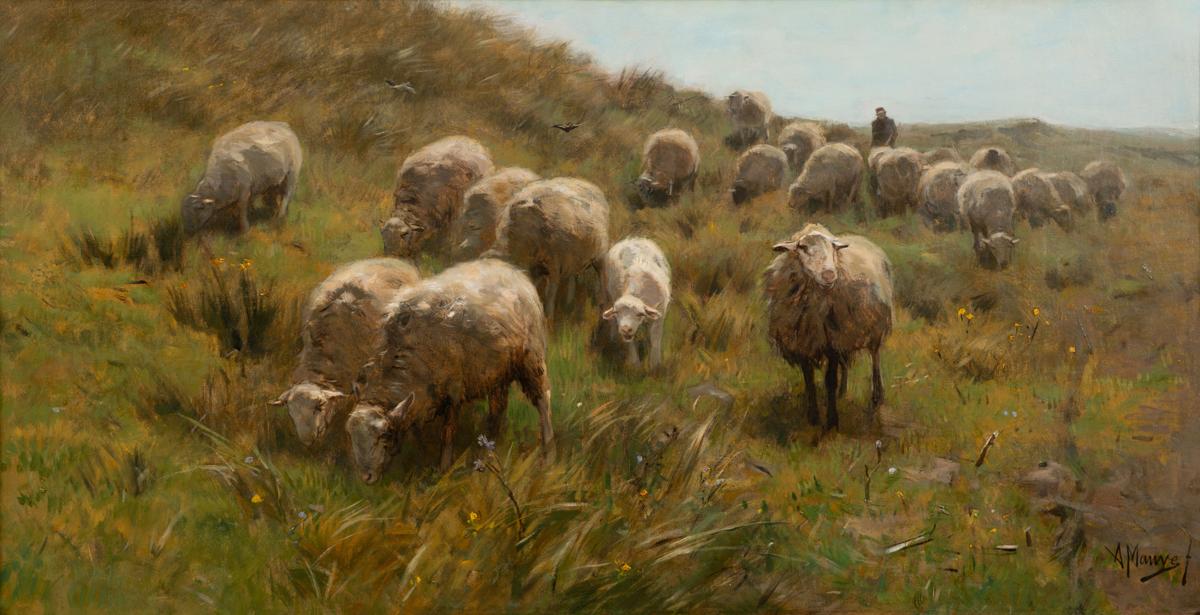 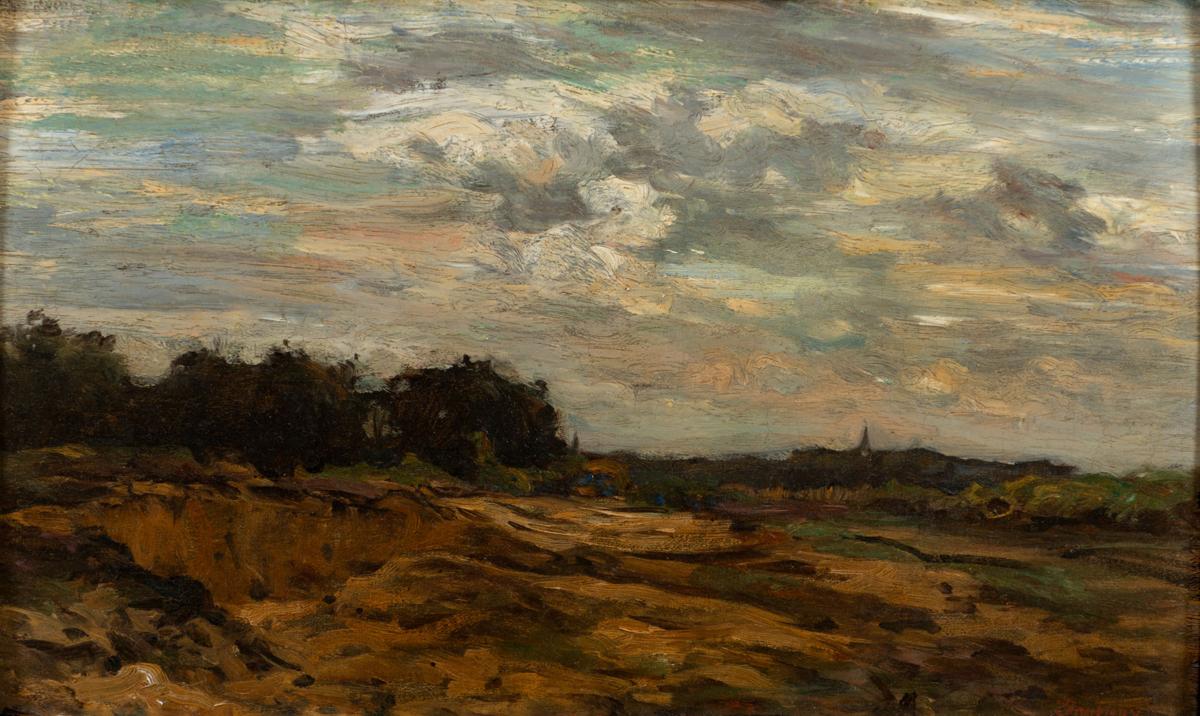 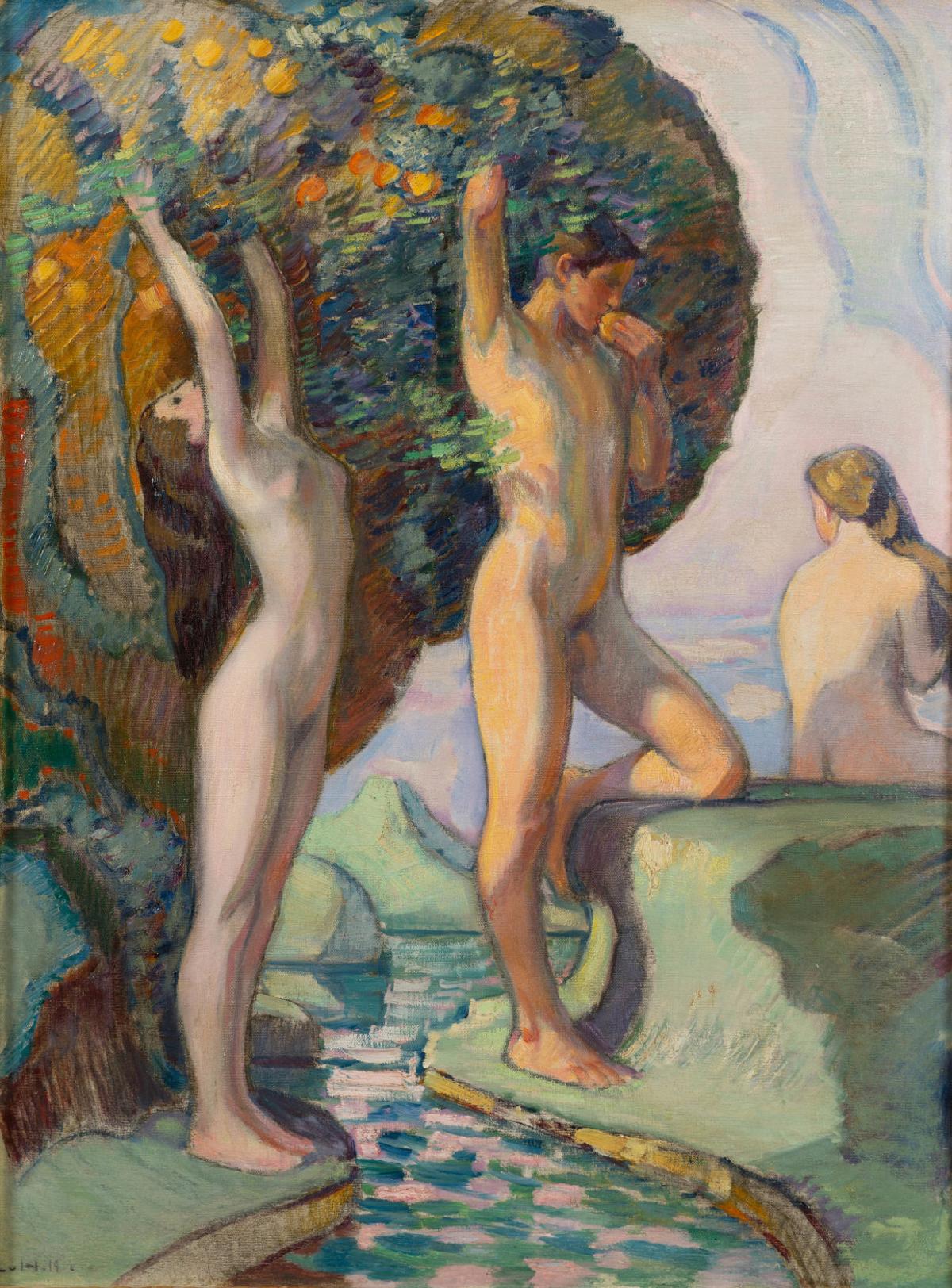 For nearly four years, Will South has been obsessed.

As chief curator of the Columbia Museum of Art, he has spent countless hours scouring the country in search of every available work by Vincent van Gogh. He has begged, he has borrowed and he has temporarily traded the museum’s most prized works, all to wrangle as many of the artist's works as possible.

That’s no small task, given the demand for shows by the wildly popular, ginger-tinted Dutchman, who was known for stylistic exuberance, lavish layers of paint, not to mention erratic personal exploits. There's another wrinkle in the wrangling, too, as a number aren’t free to quit their current walls. And forget looking overseas, as South said costly international terrorist insurance quickly nixed that notion.

Nonetheless, and akin to the modus operandi of the artist South fervently chased, the curator leveraged passion, persistence, mad skills and indefatigable energy to round up as many Van Goghs as possible in order to mount an unprecedented exhibition right here in South Carolina.

“Everybody knows him in the world, and they will crawl across cut glass to see his work," said South, noting that there are about seven or eight shows around the world each year. “Every museum would like to do a Van Gogh show. He’s the Big Kahuna."

The Columbia Museum of Art aimed to do so, too, and the rest is “Van Gogh and His Inspirations.” Through January 12, 2020, this significant, sprawling and singular exhibition infuses the main of the museum in what is arguably its most ambitious undertaking to date.

Spanning six gallery spaces of the smartly refurbished building and exterior, the show counts among its treasures a high-water 12 works by Van Gogh, and another 30-plus from the artists who informed and inspired him (and, in a few cases, those whose work put him off).

A museum in its moment

The exhibition also adds another notch in the museum’s curatorial belt — joining others like its splashy 2013 show, “Impressionism from Monet to Matisse” and “Norman Rockwell: Behind the Camera,” which opened in 2014.

The Van Gogh show is the second on the heels of the museum's recent refresh. In December 2019, it emerged from an extensive two-year renovation with its major exhibition, “Jackson Pollock: Mural,” a bellwether for the vibrancy of a reconsidered space whose ethos touts accessibility and community.

Situated in Columbia’s Main Street district, the Columbia Museum of Art demonstrates this with a spiffed-up public plaza replete with shade and fountains that regularly hosts gatherings like live concerts, Saturday markets and children’s programming.

Inside, its reconfigured galleries continue that welcoming tone. A thematic approach to displaying its permanent collection encourages exchange about works, such as its cheeky recent “Vice and Virtue” gallery.

A blockbuster is born

So how did a show of this magnitude make its way to Columbia, South Carolina? It came by way of Aiken, naturally.

As the museum continued to grow, its ambition swelled, too. Enter, Van Gogh.

“The senior team was always thinking, ‘Would it be possible to do a Van Gogh?’,” said South. “And in my tiny mind, I thought it was.”

As it happens, among Aiken’s residents is Steven Naifeh. He researched the bestselling biography, “Van Gogh: The Life,” working with his partner Gregory White Smith, who wrote it.

Before Smith died in 2014, the couple had amassed a private collection of more than 40 works that had inspired Van Gogh, which the two discovered during their 10 years researching the book, collecting those that were attainable.

"Greg and I obviously couldn't afford Gauguin or Monet," he says of the artists often associated with Van Gogh.

“Steve would tell me these stories about the book,” said South. Then about four years ago, South was sitting at his desk and the idea struck him that all a curator would have to do was blend in some Van Goghs with their private collection to have a blockbuster show.

That “aha” moment quickly evolved into the request from Naifeh, who wrote back almost instantly, offering the collection and help with components like writing the catalog.

"We'd always intended to do an exhibition like this," said Naifeh, who adds that there will now be two other versions of it in museums in Santa Barbara and Columbus starting next year, with different ranges of works by Van Gogh and other artists.

From there was the hard work of raising the money and getting all the loans of Van Goghs, as well as works by other influential artists.

South’s all-consuming mission was in part driven by one clear directive from executive director Della Watkins. If South were to mount a major exhibition that trumpeted Van Gogh as its framework and also showed dozens of works of the contemporaries who inspired him, he was going to have to rustle up way far more than two or three.

Then there was the issue of funding, said executive director Della Watkins, calling out the Blanchard Family, longtime supports of the museum, for underwriting the high-ticket shows. According to South, when he first presented the Blanchards with the concept, the donor didn’t even blink, agreeing immediately to put forth the full freight.

Onto the daunting prospect of landing those Van Gogh loans.

“You have to have a reason to borrow a Van Gogh, and it has to be important,” said South, who started with the National Gallery of Art in Washington, D.C.

“Our hook was this was the first time the Naifeh/Smith collection was ever going to be seen, and it was built by two Van Gogh scholars.” The plan for an extensive scholarly catalog was instrumental, too.

After getting that first loan from the National Gallery, which took a year, South was finally off and running, making calls and making deals, plotting and pleading and asking every museum in the U.S. that had a Van Gogh to ultimately grow those loans to the show’s ultimate dozen.

Watkins also underscored the commitment and tenacity of the museum in raising its level of recognition.

“We are always committed and determined to bring world-class opportunity our communities and our state,” she said.

The method to his ‘madness’

“What does it tell you to say someone’s a genius?” asked South. “It tells you nothing.”

Instead, “Van Gogh and His Inspirations” unpacks the biographical facts and the artist’s own expressed feelings to get to the heart of the artist, giving more meaningful context to the creative process of a man often summed up as mad, or genius, or both.

First, there are those 12 hard-won works, which are doled out through the six gallery rooms of the exhibition. There are drawings that, by the fragile nature of the medium, rarely see the light of day. There is "Marsh with Water Lilies," a wildly fastidious, frenetic pen-and-graphite that illustrates his wild convergence of spirit and precision.

There is the iconic self-portrait, with the artist’s watch eye leveled at us. There is the show’s final etching of the physician who cared for Van Gogh in the months before his suicide, looking with sorrow at the man who etched him.

There is the striking, seldom-seen "Weaver," with its somber grays and central block of red, uncannily mirroring another portrait of a weaver, "Grand tisseuse Bernaise," by Leon Augustin Lhermitte.

Then there are the companion pieces from artists who most spoke to Van Gogh. A pastoral precursor is the sheep-strewn meadows of "A Shepherd with His Flock on the Heath" by Antonij (Anton) Rudolf Mauve, Van Gogh's cousin and his only known teacher.

There is "L'allee d'arbres en hiver" by Jean Francois Raffaelli, featuring two rows of trees in telling similar perspective to Van Gogh's "Flower Beds in Holland." There is also Raffaelli's "An Old Woman, Seated, in Breton Dress" capturing a head-bent pose and remote demeanor appearing time and again in Van Gogh's depictions of peasants, such as his "Man with a Spade."

Rembrandt's "The Raising of Lazarus" is paired with Van Gogh's own rendition, given deeper resonance with knowledge of his dashed desire to become a man of God. There is Scheffer and Corot and Ribot and Hofmann and Hiroshige — a vast and varied splice of the 19th century that together illustrates Van Gogh's unquenchable delight in the artists among and before him.

Strikingly, there are also the artist’s own profuse words, culled by Naifeh and Smith from thousands of letters he famously wrote to his beloved brother Theo. Rich in description of whatever art was at the moment rocking his world, they also chronicle his own creative pursuits, and are the connective tissue of the show.

“Van Gogh was such a revolutionary figure," said Naifeh. "He certainly inspired future generations, but as you can see from the exhibition, he built on a strong foundation of earlier artists and the artists that he loved."

Though they may or may not resemble the work of Van Gogh, together they enable us to glean the artist’s underlying clarity, technique and intention, shedding light on the industrious, deliberate, considered man behind the myth. We also glean from Van Gogh something we can all strive to master, an ardent, irrepressible love of art.