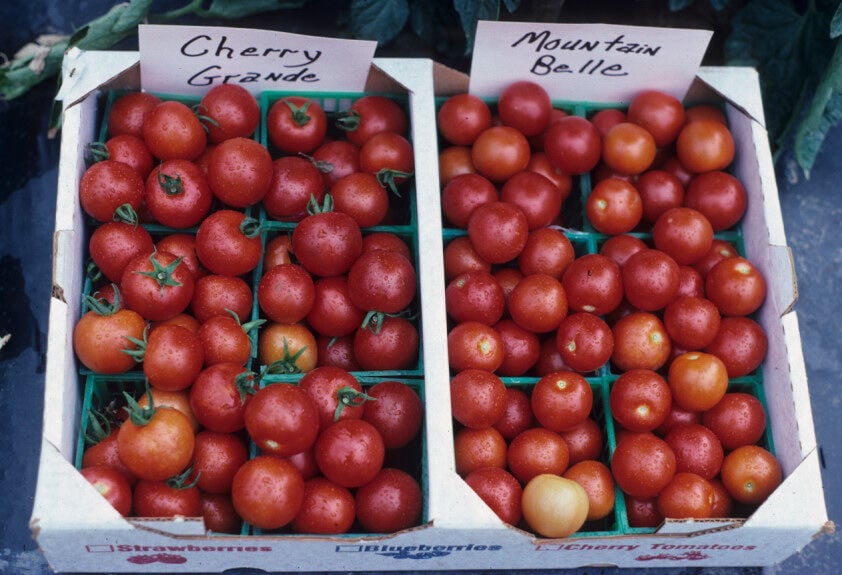 Tomato is the most widely cultivated plant in the nightshade family, the Solanaceae. Anthony Keinath/Provided 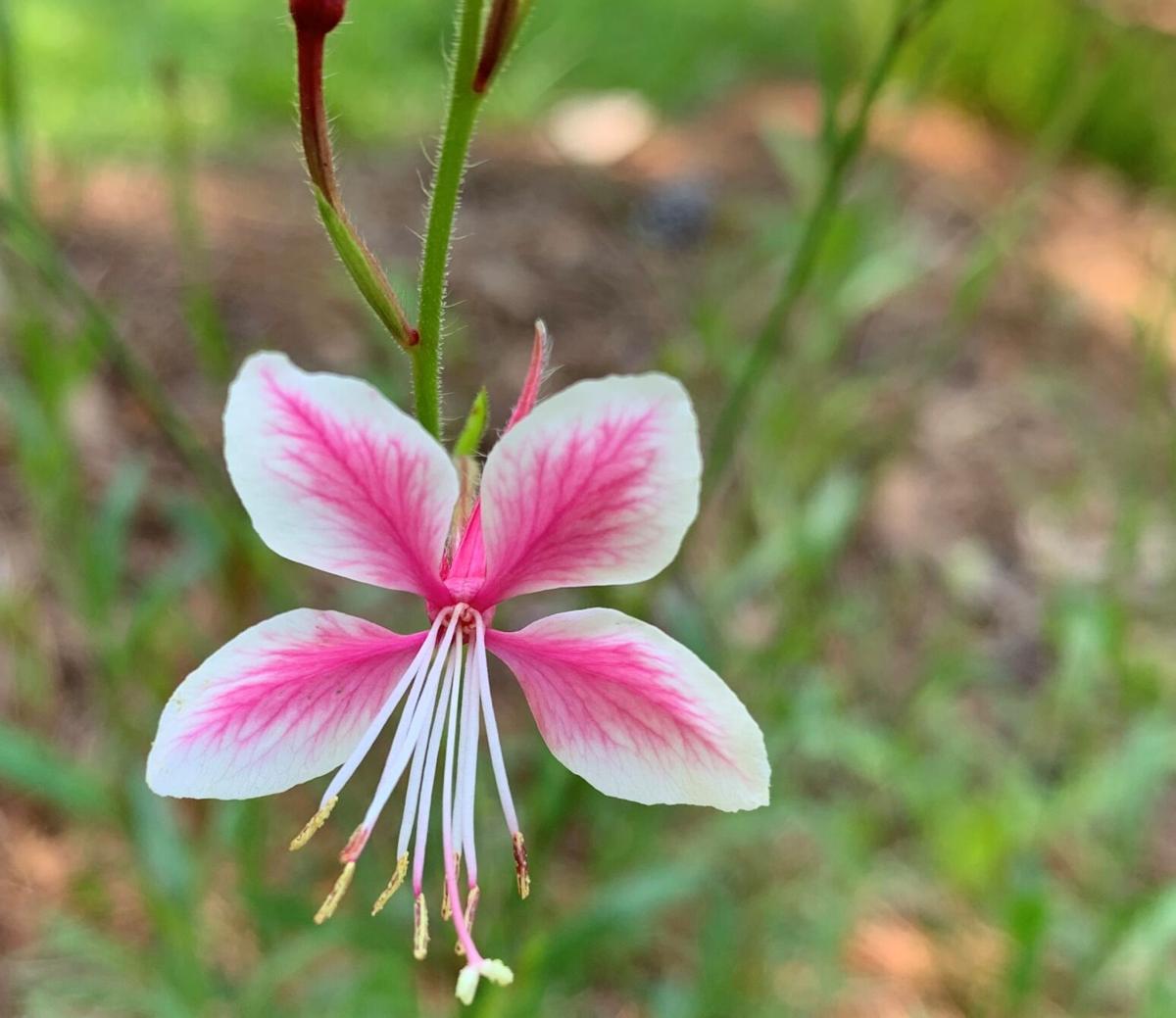 In most parts of South Carolina, gaura blooms from spring until frost. It's also commonly called beeblossom, due to its popularity with bees. Anthony Keinath/Provided 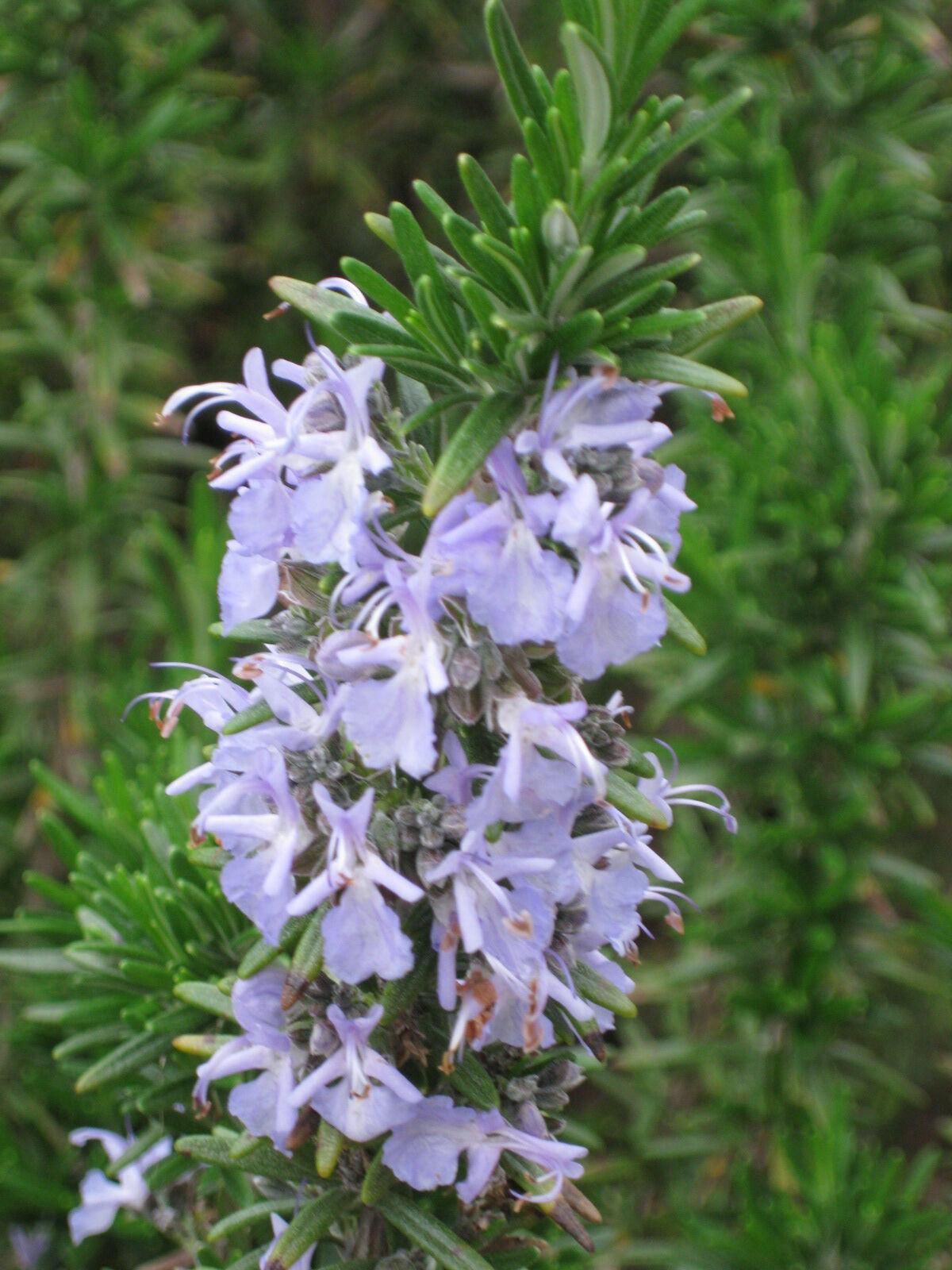 Rosemary flowers (like the Tuscan Blue Rosemary here) have five separate petals, two that stick up and three that fan out. Anthony Keinath/Provided

Not their common names — they are still called rosemary, tomato and gaura — but their Latin botanical names, the names that represent their true identities. The new names show that these three plants are not as unique as scientists previously thought they were.

A quick tip about Latin plant names: the part that is like a human surname, the larger group (called the genus), comes first, followed by the species, or specific name of the plant.

Rosemary, still a member of the salvia/sage family, has smaller, shorter and narrower leaves than other family members. Other salvias with small leaves, like autumn sage (Salvia greggii) and "Hot Lips" (Salvia microphylla), look nothing like rosemary. The unique scent of rosemary leaves comes from rosemary oil, a mixture of 22 chemicals. One of the main ingredients is pinene, found in pine needles, which explains why rosemary smells a bit like pine.

With its unique attributes, it’s not surprising that rosemary had a unique name, Rosmarinus officinalis, given in 1753 by the world’s most famous botanist, Carl Linnaeus of Sweden. This official name worked until 2017, when a group of plant scientists (the modern name for botanists) at the University of Wisconsin looked at DNA sequences of 28 plants in the salvia family.

The study showed that rosemary and culinary sage (Salvia officinalis) are so closely related there is no scientific reason to call rosemary anything but another species of Salvia, Salvia rosmarinus. The credit for rosemary’s new name goes to Matthew Schleiden, a German botanist who already suggested it back in 1852.

Rosemary flowers have five separate petals, two that stick up and three that fan out. The middle one of the three is noticeably wider than the other two, forming what is called a “lip” in other salvias that often have only two recognizable flower parts, upper and lower lips formed by fusing two and three petals, respectively.

As a side note, Russian sage (Perovskia atriplicifolia), also part of the salvia-rosemary study, is closely related to rosemary. The new botanical name of Russian sage is Salvia yangii.

Tomato is the most widely cultivated plant in the nightshade family, the Solanaceae. Linnaeus originally named tomato as Solanum lycopersicum. A rival botanist, Phillip Miller in England, thought tomato was different enough from other Solanum species that it deserved its own name. His name, Lycopersicon esculentum, is the one that caught on among scientists and gardeners. Based on DNA sequencing, however, tomato should be called Solanum lycopersicum.

Other vegetables in the nightshade family are potato (Solanum tuberosum), eggplant (Solanum melongena) and peppers (Capsicum annuum and other species). Based on their names, it’s clear that potato and eggplant in the genus Solanum are more closely related to tomato than peppers are. It’s possible to cross tomato and potato in the laboratory, and tomato can be grafted onto eggplant stems.

The flowers show these relationships, too. The flowers have five pointed petals, yellow in tomato, white in potato and purple in eggplant. Sticking out of the center, each flower has a narrow cone of yellow anthers, which produce the pollen. Pepper flowers have wider petals and lack the yellow cone in the center.

Gaura lindheimeri, commonly called gaura, is a drought- and heat-tolerant ornamental native to Louisiana and east Texas. In most parts of South Carolina, gaura blooms from spring until frost. Plants will last five or more years if planted in well-drained soil. It is so popular with bees that a less common name is beeblossom.

In a 2007 study done by plant taxonomists at the Smithsonian Institution and the Missouri Botanical Garden, the genus Gaura was in the same molecular grouping as the genus Oenothera, evening primrose. So the name Gaura lindheimeri became Oenothera lindheimeri because Oenothera is an older name than Gaura, and older names take precedence per accepted rules for naming plants and other living organisms.

It’s possible that these plant names will change again if more information surfaces about inter-plant relationships. Although some people, scientists included, complain about learning new plant names, a botanical name is a shorthand for the plant’s family history.

Gardening: Unique natives for the garden