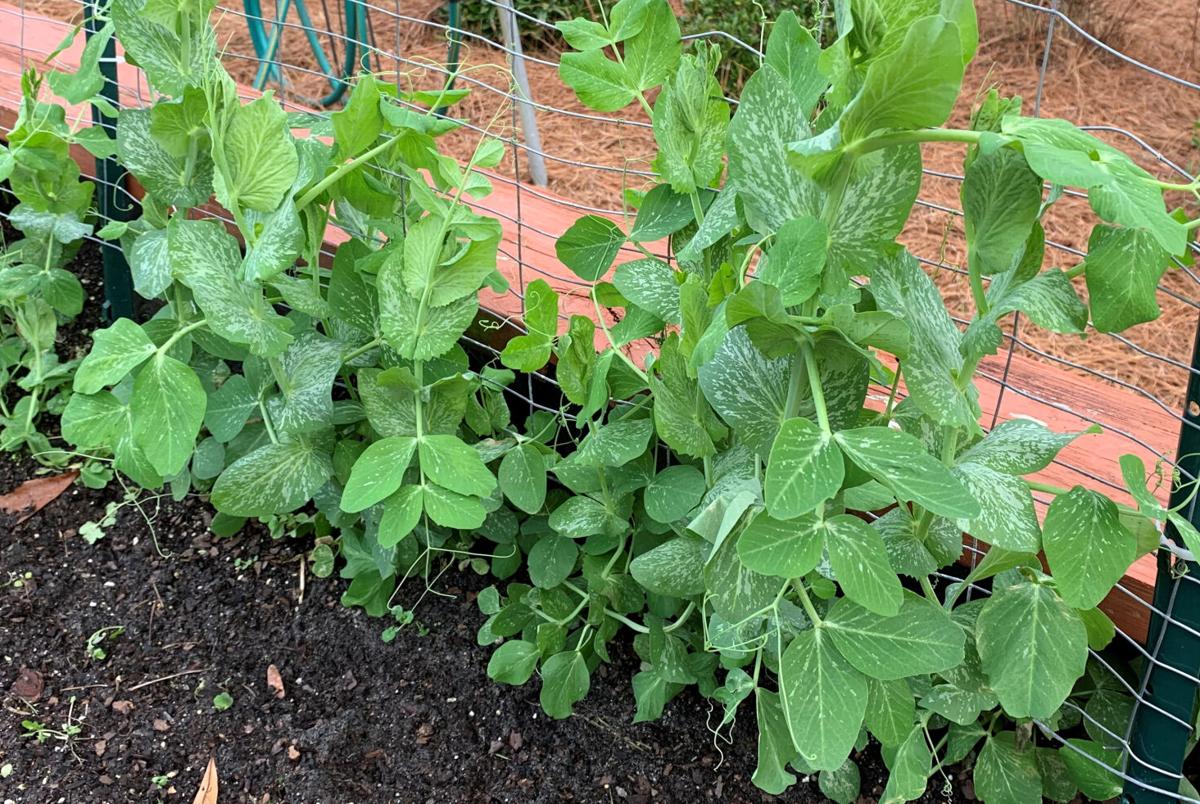 Peas prefer the well-drained soil in raised beds. Note how vigorous these vines are, a sign of healthy roots. Anthony Keinath/Provided 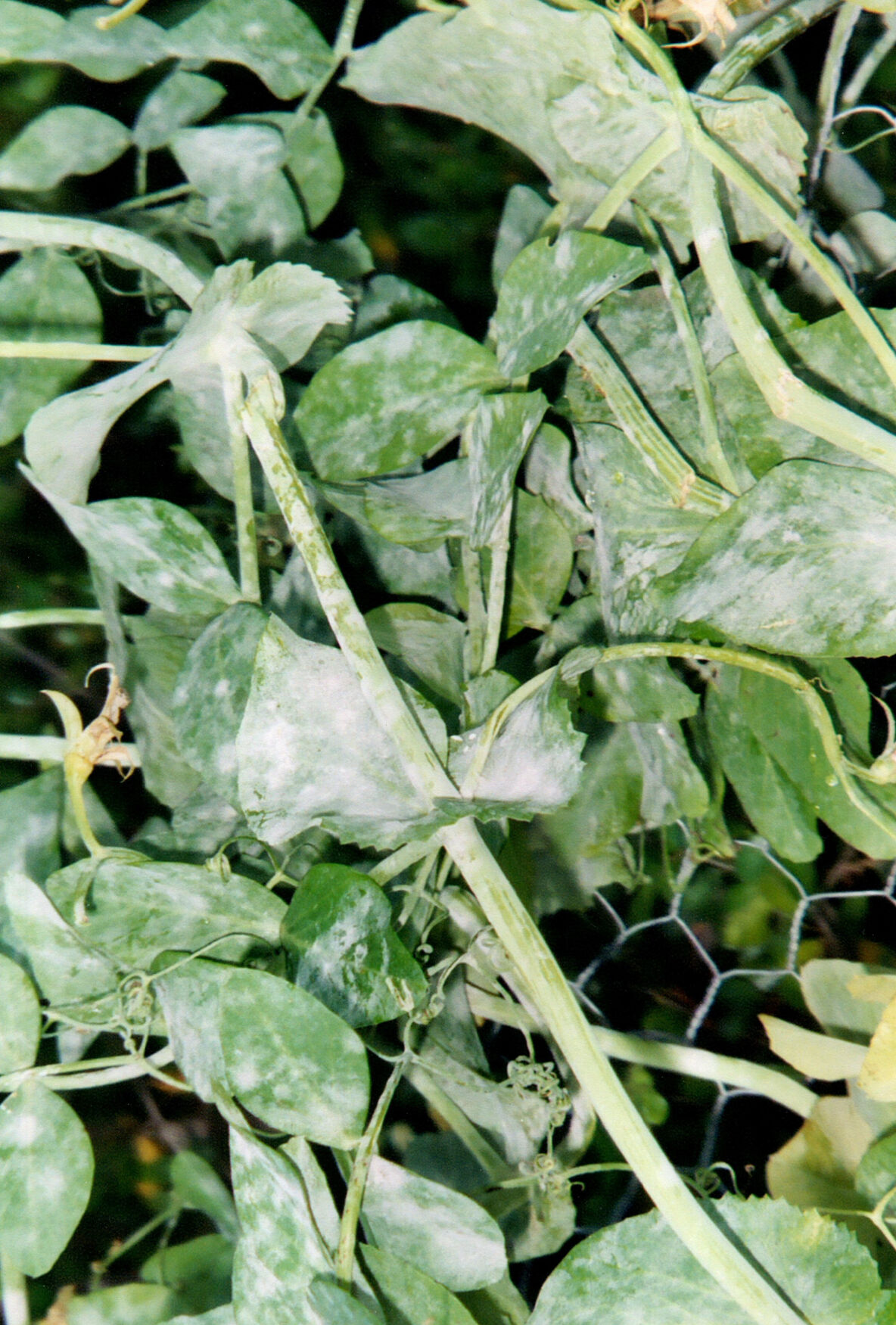 Powdery mildew is the only serious disease of pea foliage. Spray peas with a biofungicide in late April to prevent it. Anthony Keinath/Provided 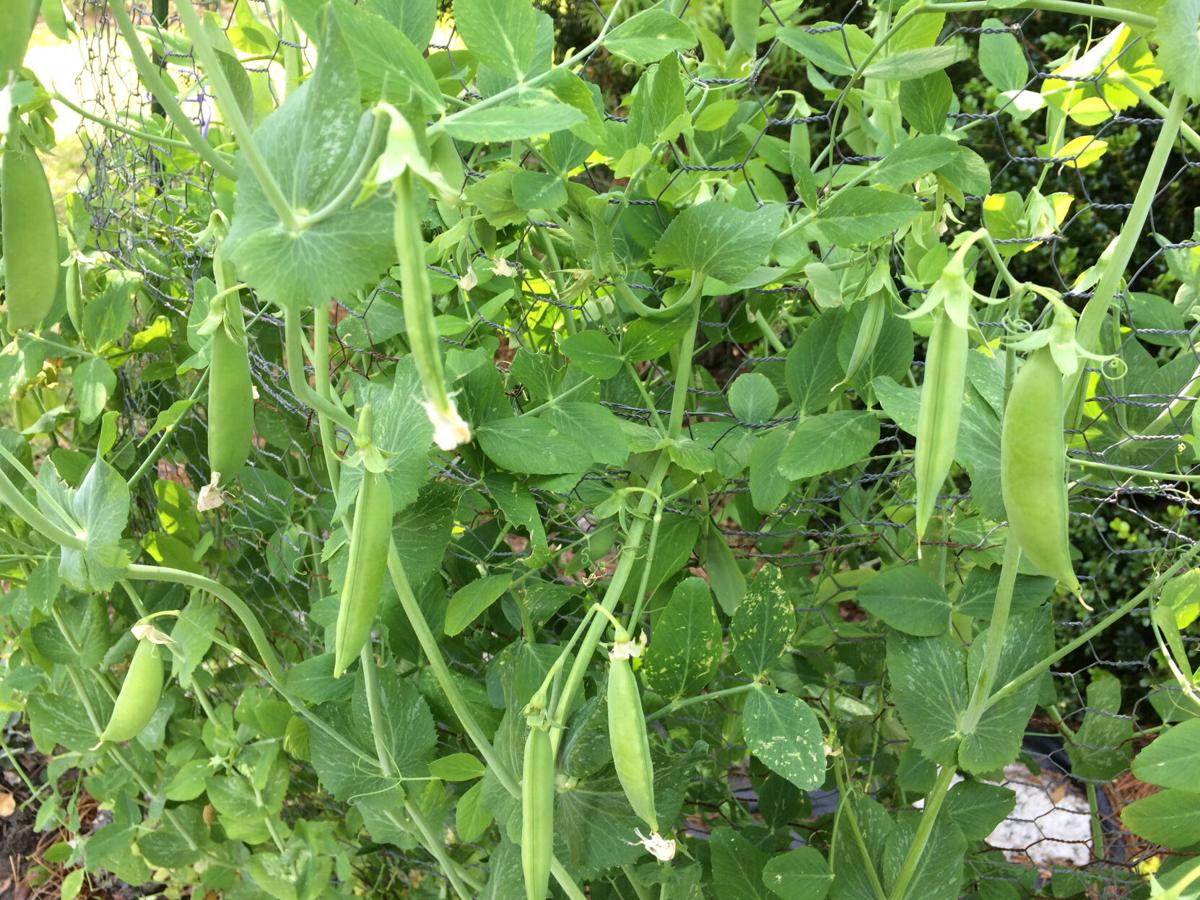 Garden peas, also called green peas or English peas to distinguish them from Southern peas, are my favorite spring vegetable crop. Peas must be planted early to get the best yield and quality.

I prefer snap peas. The pods increase the volume of the edible portion of the crop, and they don’t require shelling.

The only variety I plant is Super Sugar Snap. It had the best germination in a test I did years ago. This heat-tolerant variety produces pods on side shoots until June. The peas and pods are sweet and juicy.

Leftover seeds should be stored in the refrigerator to plant the following year.

In the Lowcountry and Midlands, peas must be seeded between Jan. 15 and Jan. 30. In the Upstate, plant in the first half of February. Young plants tolerate light frost.

My father always planted peas in double rows, so that’s how I plant mine. It’s the best way to get the most peas from a small area. The rows should be spaced 3 to 6 inches apart. Double rows should be separated by 18 inches.

Typically, emergence is around 75 percent of the seed planted, so peas can be spaced as close as 1 inch to compensate.

Because the planting window is so short, I don’t bother with multiple plantings.

Short varieties vine around each other in the double rows without support. Varieties that grow taller than 24 inches, like Super Sugar Snap, which grows up to 60 inches tall, need a trellis or other support for the vines.

Chicken-wire fencing makes a good support when it is stretched between stakes placed every 3 feet apart. The trellis should be placed between the two rows of double-row peas.

Peas are shallow-rooted, so they need regular water during warm or dry weather to remain vigorous and productive. Soil should not be watered so much that it becomes saturated, which promotes root rot.

An organic mulch placed between the double rows keeps the soil cool and moist.

Gardening: Know when and how to use pesticides in your garden

Peas planted at the end of January bloom in early April. Pods are ready to harvest about 2 weeks after blooms form.

Snap peas should be picked when the largest seeds in a pod are no more than a quarter-inch in diameter. Most of the pods produced on side shoots are full size, although some pods will have just one pea near the end of the season.

Peas mature quickly and need to be harvested two to three times a week. Pods are the same color as leaves, so it’s easy to miss a few. All garden peas become bitter-tasting if the seed over-matures.

To protect the fragile vines when peas are picked, the vines should be held with one hand while plucking pods with the other hand.

Preemergence damping-off, root rot and powdery mildew are the most serious disease problems on garden peas in South Carolina.

To promote emergence, plant pea seed in raised beds or well-drained soil. Planting seeds three-quarters to 1 inch deep encourages them to germinate rapidly and avoid damping-off. Be sure that soil ridges left from making rows don’t trap water in the row.

To avoid root rot, do not plant peas in the same spot more than once every other year.

Powdery mildew appears on the leaves and vines in May. Several biofungicides, such as 5 percent sesame oil or 85 percent potassium bicarbonate, can be used to prolong the life of mildewed peas.

Sulfur or oil-based products could burn the foliage at temperatures greater than 90 degrees, so check the labels for cautions before spraying.

Green pea aphids are found on the youngest leaves and shoots of peas, where they congregate under newly expanded leaves. Spraying twice with insecticidal soap will eliminate aphids.

Gardening; Wrapping up the year in gardening