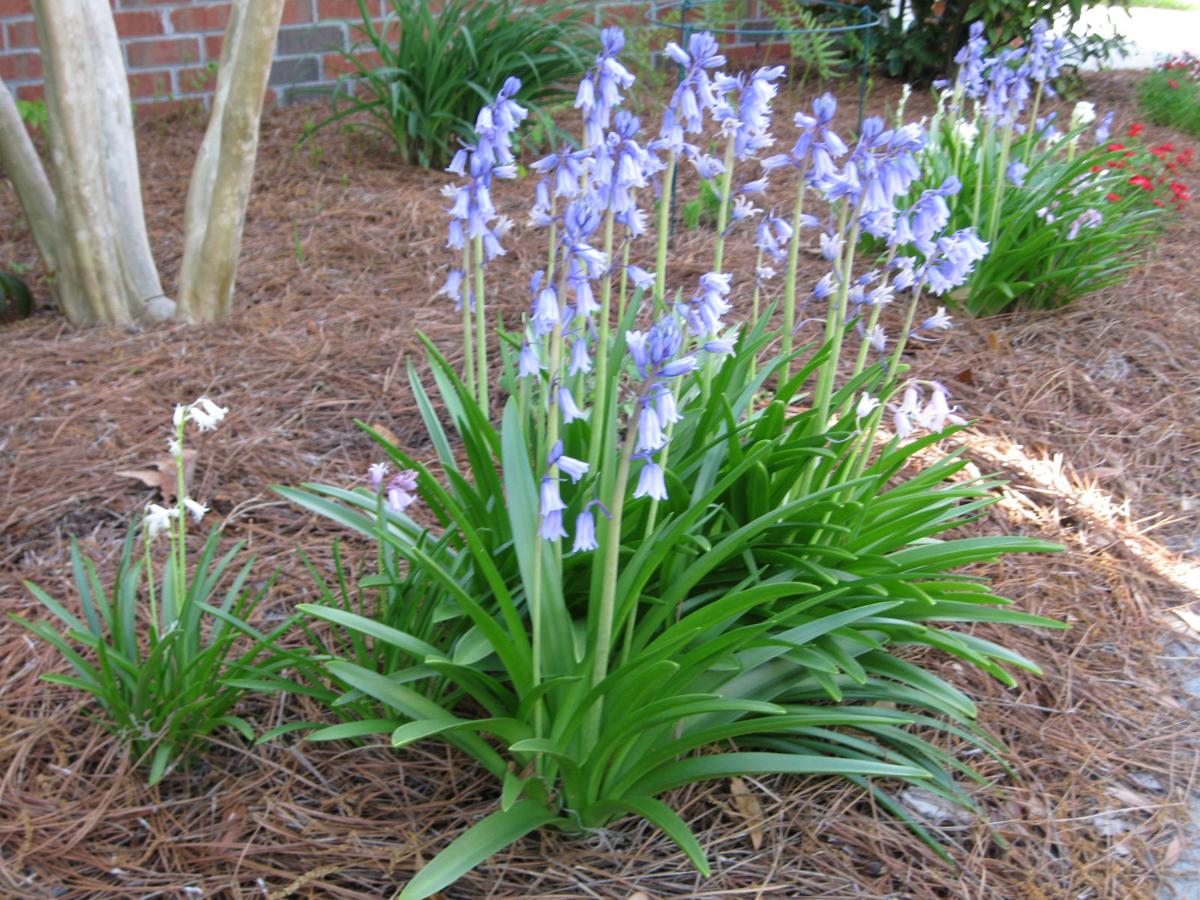 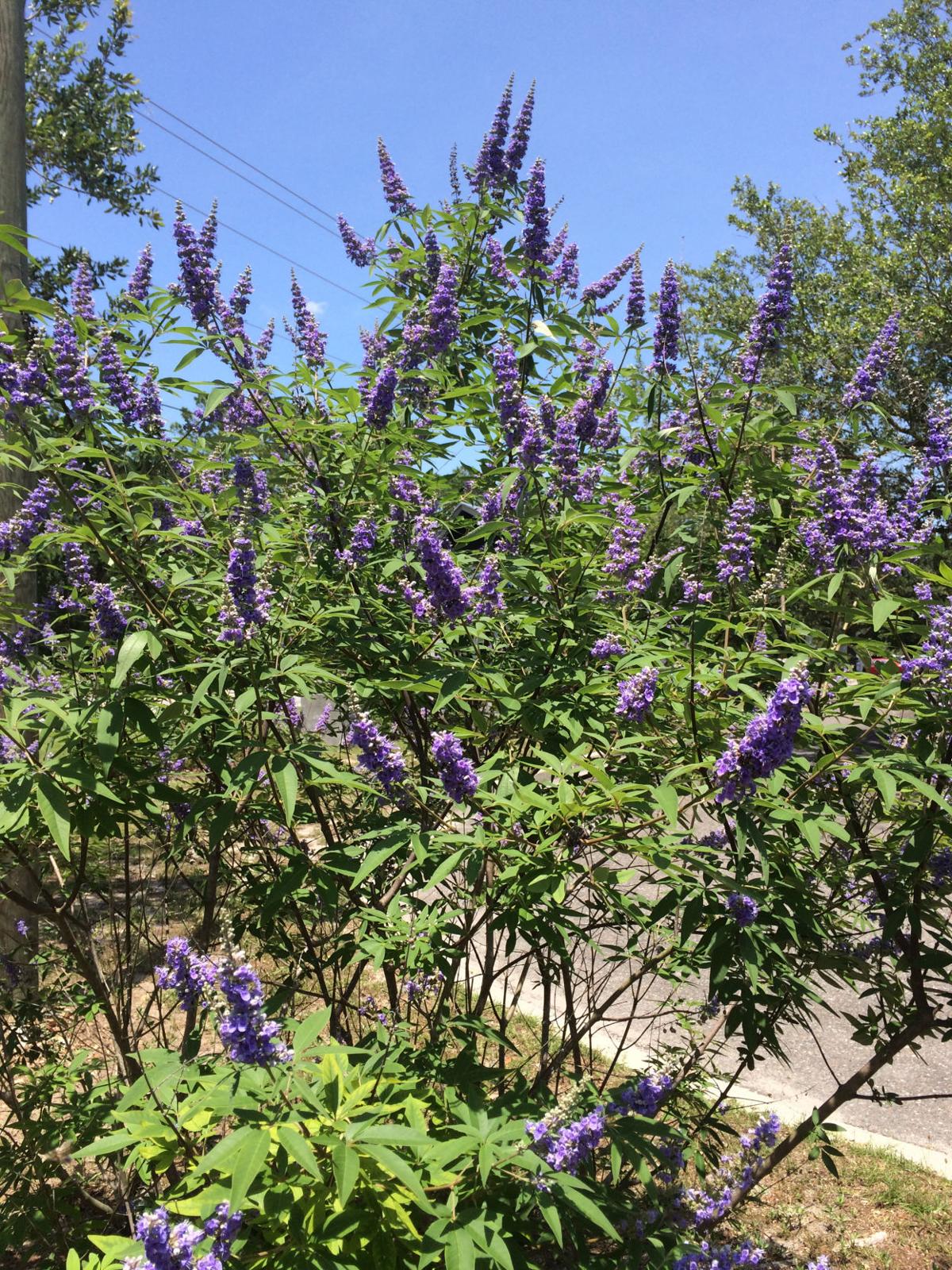 The other day, I was reminiscing with a friend who moved to the Lowcountry from Connecticut about several favorite plants that won’t grow here because of the heat. However, rather than mourn the plants we transplants from cooler climates left behind, it’s better to learn to grow and love southern alternatives or look-alikes, when they exist.

Spring north of the Mason-Dixon Line brings hyacinth, heavily fragrant masses of blue, white or pink flowers clustered in a neat cylinder. Hyacinth, like tulip, need six weeks of chilling to bloom. Newly purchased bulbs can be forced to bloom here by storing them in a refrigerator without apples, which give off ethylene, a volatile plant hormone that affects bulbs. But who has a refrigerator without apples?

A simpler solution is to grow Spanish bluebell, Hyacinthoides hispanica, a dead ringer for hyacinth. Like the name says, Spanish bluebell comes from Spain, so they are naturally heat tolerant. Flowers are blue, white or pink. ‘Excelsior,’ common and widely recommended, is the same blue as hyacinth. The medium green, strap-like leaves, which emerge in January, also resemble hyacinth leaves.

Spanish bluebell flowers aren’t as tightly packed around the stalk as hyacinth flowers, but that is about the only difference between these two flowering bulbs. Spanish bluebell blooms in late March. Deer in my yard usually leave them alone, but deer in high density areas, like Wild Dunes or Seabrook Island, may not.

Spanish bluebell bulbs should be planted 3 inches deep in November. They will “naturalize,” that is, reproduce to form a thick clump. Clumps don’t need to be divided. A very useful characteristic of Spanish bluebell is they need shade, unlike most bulbs that need part to full sun.

Gardening: Blackberry plants are some of the easiest to grow in your Charleston garden

May in Michigan brings lilacs, large, tough deciduous shrubs that bloom in various shades of lilac or white. Like hyacinth, the flower clusters are very fragrant.

While the flowers of chaste tree, Vitex agnus-castus, don’t have a pleasant fragrance, they are about the closest flowers to lilac on a southern shrub. Like lilac, chaste tree is tough and takes pruning well. Both shrubs prefer full sun and bloom less in part shade.

Chaste tree blooms in various shades of light blue to bluish purple. ‘Abbeville Blue’ is reported to have the best color. ‘Shoal Creek’ is famous for its long flower spikes. Newer cultivars are available with pink or rose flowers.

Chaste tree grows large, like a crepe myrtle, 15-20 feet tall and wide. It can be pruned in early spring to keep it smaller. A simpler option is to plant a new, dwarf cultivar, like Blue Diddley that tops out at 6 feet tall and wide.

Unlike lilac, chaste tree remains healthy in all kinds of weather. The flowers attract bees but also Japanese beetles, which, fortunately, do not eat the leaves.

The leaves of chaste tree have an aromatic odor, reminiscent of camphor, so they are deer resistant. Chaste tree is extremely drought tolerant.

Two cool-climate perennials, foxgloves (Digitalis species and hybrids) and delphinium (Delphinium species and hybrids) grow in the South — but as cool-season annuals instead of hardy perennials. The secret to growing these two impressive flowers in the Lowcountry is to plant new young plants in the fall and remove them in the spring after flowering.

Planting them in the spring, when some retailers offer blooming plants for sale, will lead to disappointment. Blooming plants need a good supply of water to hydrate flowers and leaves, but plants transplanted when they already are blooming don’t have the time or energy to establish a strong root system. Without good roots, the flower stalks droop every afternoon.

Foxglove does best in part shade, while delphiniums prefer a bit more sun. Ideally, both plants would be planted in a spot where they do not get hot afternoon sun.

Foxglove needs moist soil, but delphinium demands well drained soil, so they should not be planted next to each other. Delphiniums can be grown in pots as long as they get enough water. Both flowers likely will require staking to protect them on windy days.

As the saying goes, “bloom where you’re planted” by adopting new plants suited to the local climate.