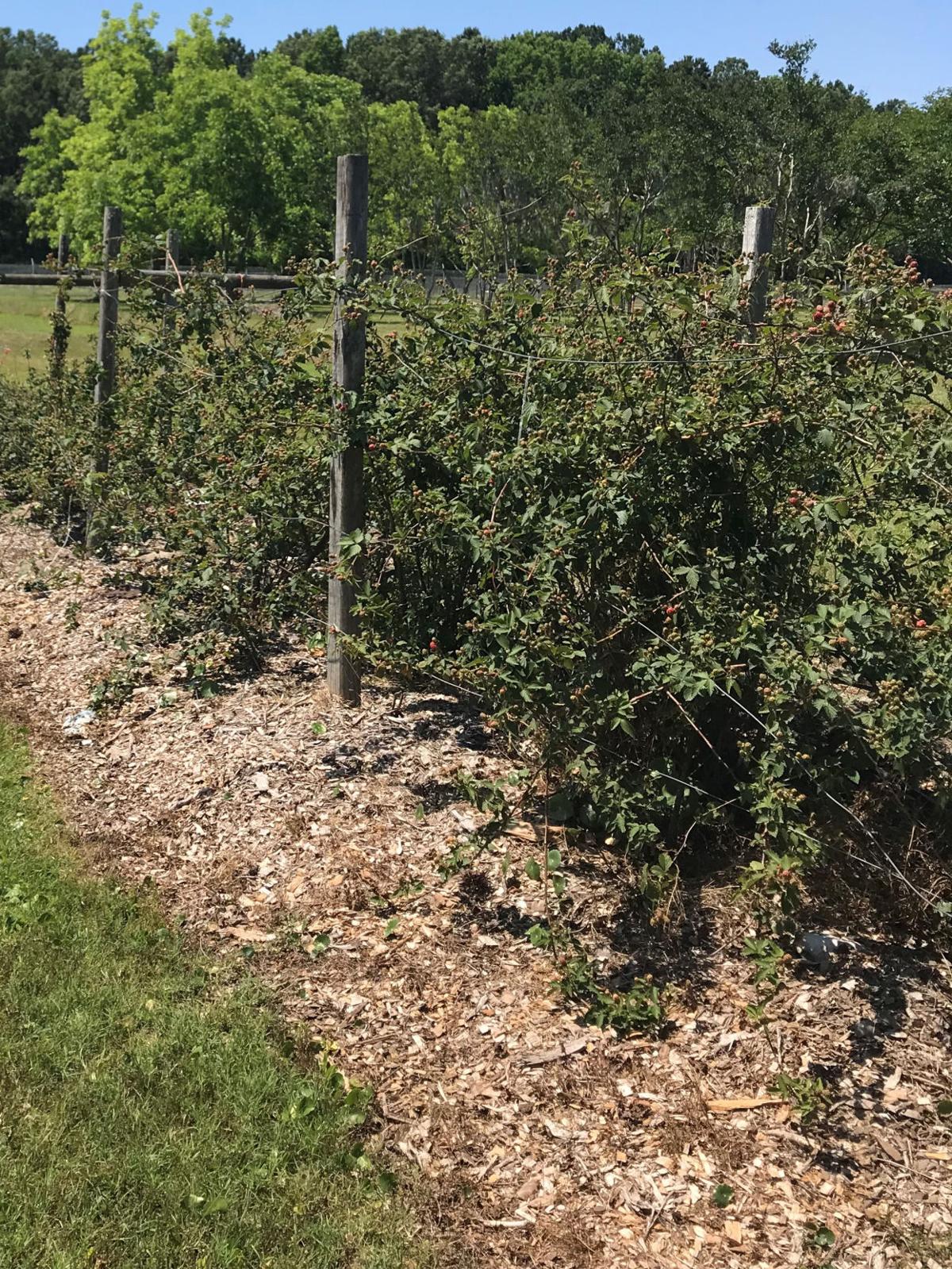 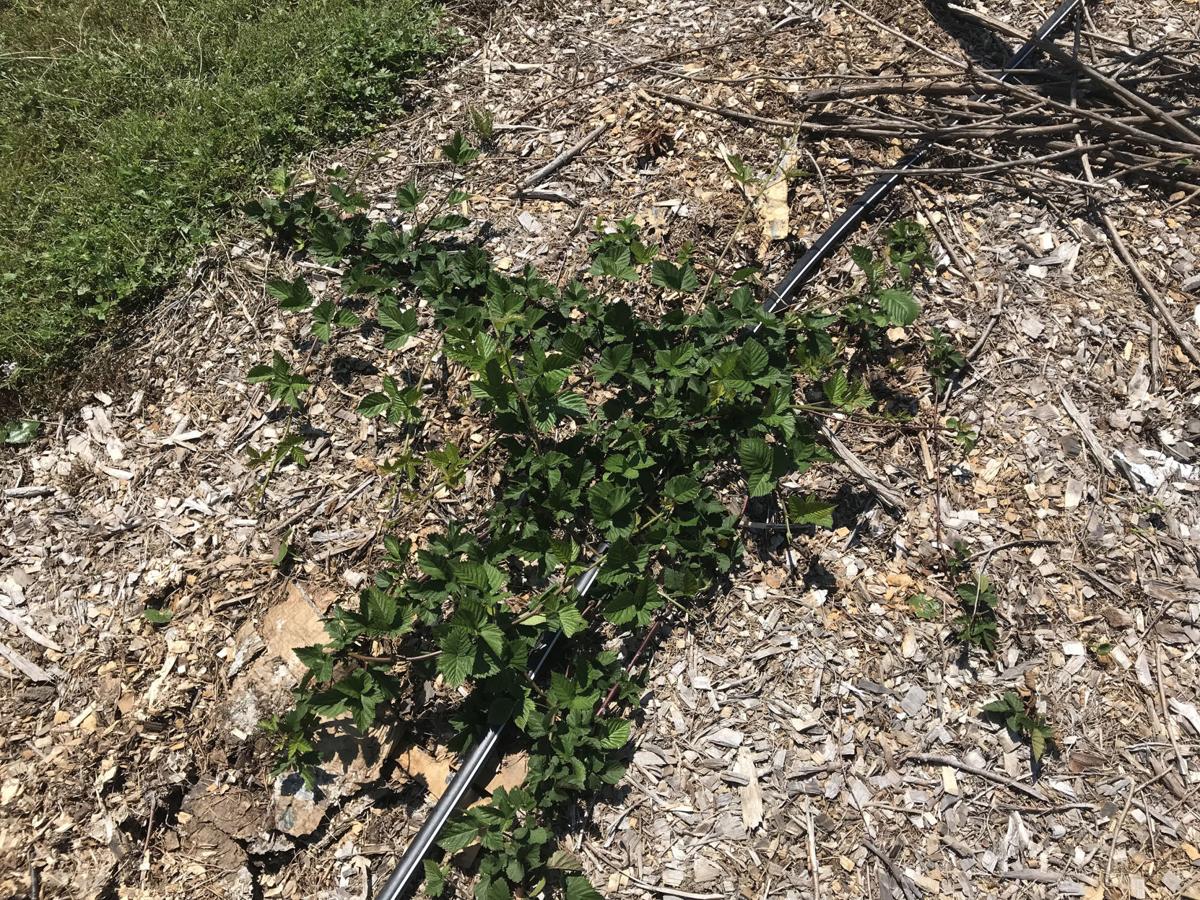 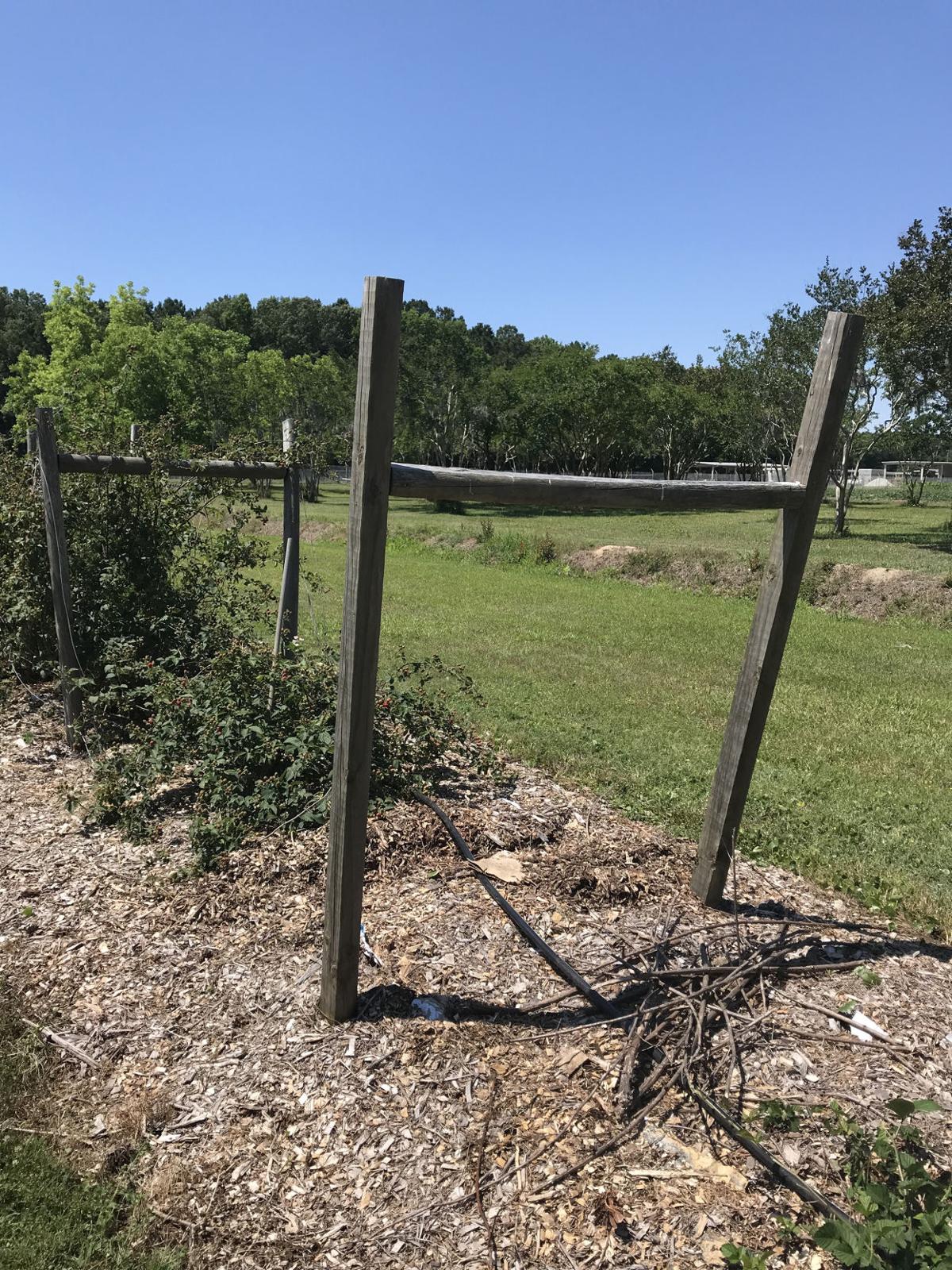 The trellis system is installed before the blackberry plants are trained. Christopher Burtt/provided 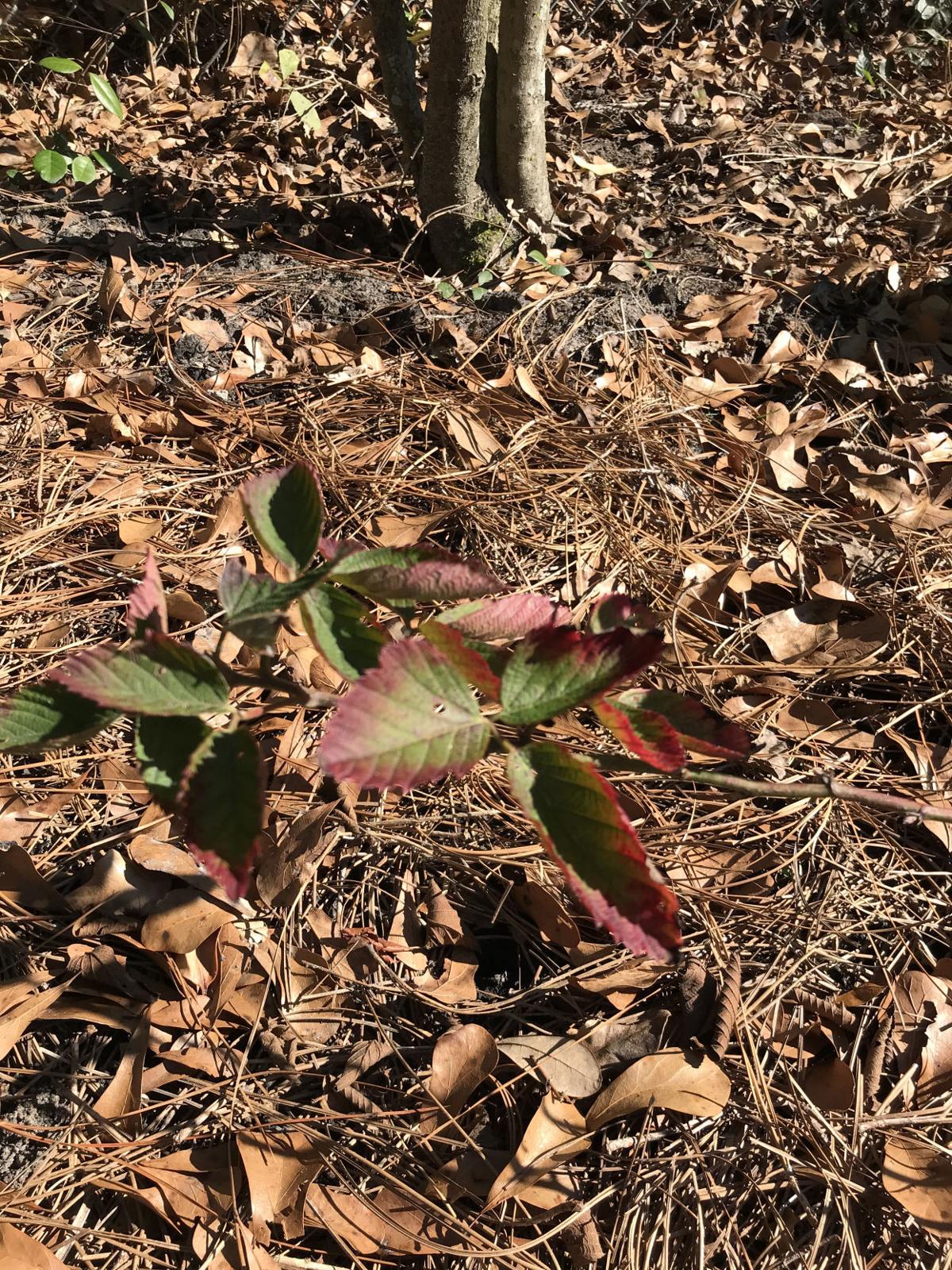 While spring is not quite here yet, it is almost time to think about early plantings for the year. One of the easiest plants to grow, and one of the most rewarding, is the blackberry. The blackberry is a fruit is the Rubus genus, very closely related to raspberries and other fruits.

While most of the plants in the Rubus genus are easy to grow, only blackberries can tolerate the summer heat of the Lowcountry. This makes them an excellent choice of home gardens as they grow in relatively small areas and produce delicious fruit in late spring.

The best time to plant blackberry plants is one to two months before the last frost. One of the most important first steps is to choose the right variety. Blackberries are divided into groups based on their growing habit. The semi-trailing group is the most vigorous generally and the trailing group is less so, but both need to be trellised. The erect varieties do not need to be trained and produce fruit earlier than others. It is important to do plenty of research before deciding on the variety you want to plant, as not all do well in certain parts of the state.

Preparing the area and planting the blackberry is quite an easy task. They prefer sandy soil, or at least well-drained soil, with a pH of around 6. As with any plants, it is important to have a soil test done well before planting in order to amend the soil in any way necessary. Blackberries need plenty of sun as well, so choose a site with at least six hours of full sunlight to thrive. Once planted, a blackberry takes around two to three years to establish and can live for quite a number of years as a productive member of the garden.

Gardening: Winter is the time to plant new blueberry bushes in your Charleston garden

While they are relatively simple plants to grow, it is important to know their life cycle and how to prune them. If left alone, blackberries will stop producing and become overgrown with old branches, or canes. Blackberry crowns produce shoots that have a two-year life cycle. First-year growth, known as primocanes, produce most vegetative structures but set the flower buds for the next year. The second-year growth, known as floricanes, produce the flowers that become the wonderful fruit. Once the fruit has been produced, the floricanes die and will need to be removed to make way for new shoots.

Fertilizing plants is also a straightforward process. Depending on the soil test, nitrogen should be the only nutrient needed for healthy growth.

The best way to apply nitrogen is with two applications, once in the spring as the buds begin to swell, and once in the summer after the fruit has been harvested. It is imperative, as with all plants in the landscape, to have soil tests done regularly to avoid any issues that may arise due to nutrient deficiencies.

Also, be sure to remove any wild blackberry plants that are a common weed in the area. These can compete with the cultivated plants as well as harbor diseases that can be detrimental to your plantings.

Gardening: Finding the right tree for your Charleston yard

There are a few issues to look out for with mature plants. While blackberries are relatively drought-tolerant, they do need plenty of water during the fruiting period. If there are extended periods of drought, spider mites can become an issue and significantly reduce the vigor of the plant.

Japanese beetles also can be a problem, though they usually become active in mid to late May. Hand picking the Japanese beetles off usually suffices if done often enough.

There are some diseases that pose problems. Rosette is the most significant as it causes canes to become deformed and less vigorous. It is important to choose disease-resistant varieties to avoid this becoming an issue.

Blackberries are an excellent addition to the garden. They require some maintenance, but a healthy plant can be quite productive. These plants do add an extra layer to the landscape and are truly rewarding. There is nothing quite like walking into the garden and eating fresh fruit.

Gardening: The wonderful world of hydrangeas

Christopher Burtt is the Urban Horticulture Extension Agent and Master Gardener Coordinator for Berkeley, Charleston and Dorchester counties. He graduated from Clemson University and his main area of expertise is consumer horticulture with experience in research agriculture. He can be reached by email, cburtt@clemson.edu.