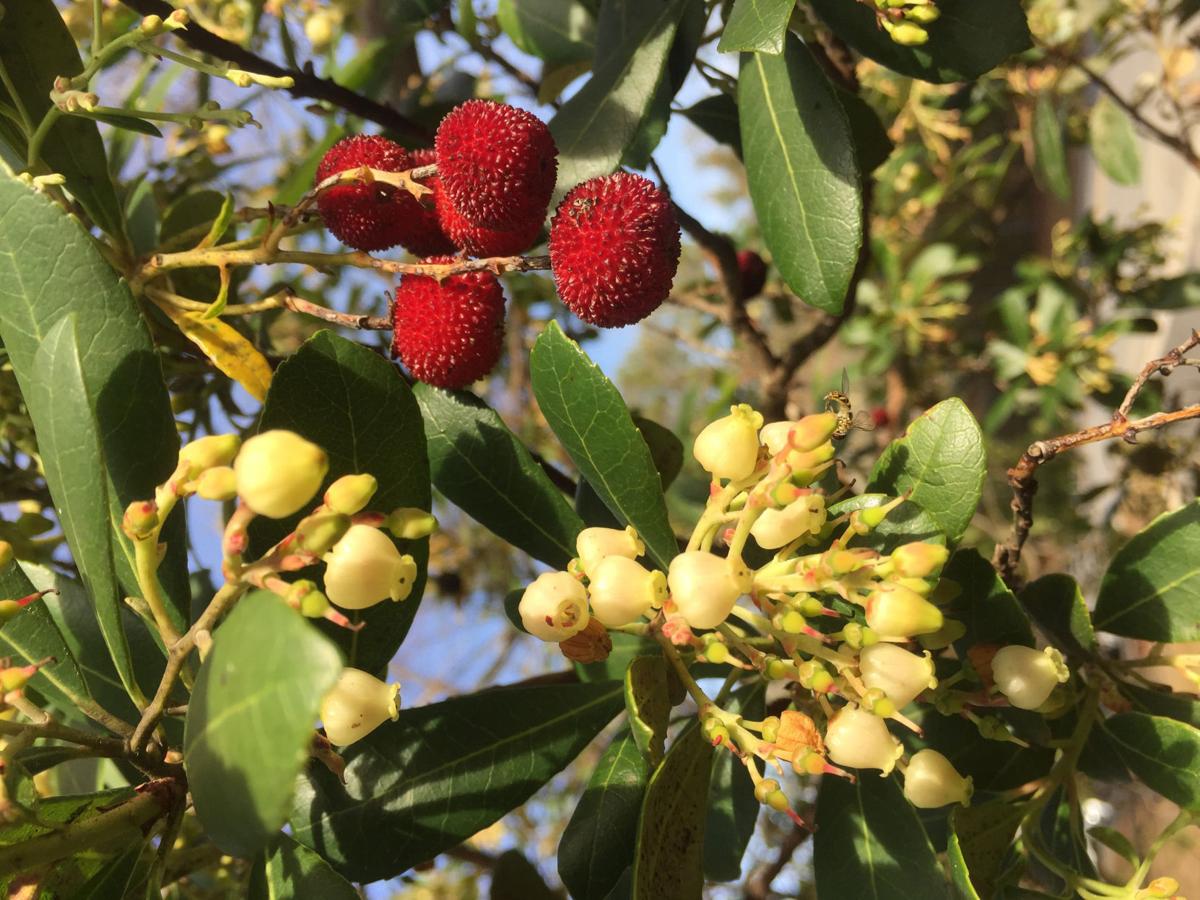 This strawberry tree has been growing for more than 20 years on the campus of Trident Technical College. Tony Bertauski/provided 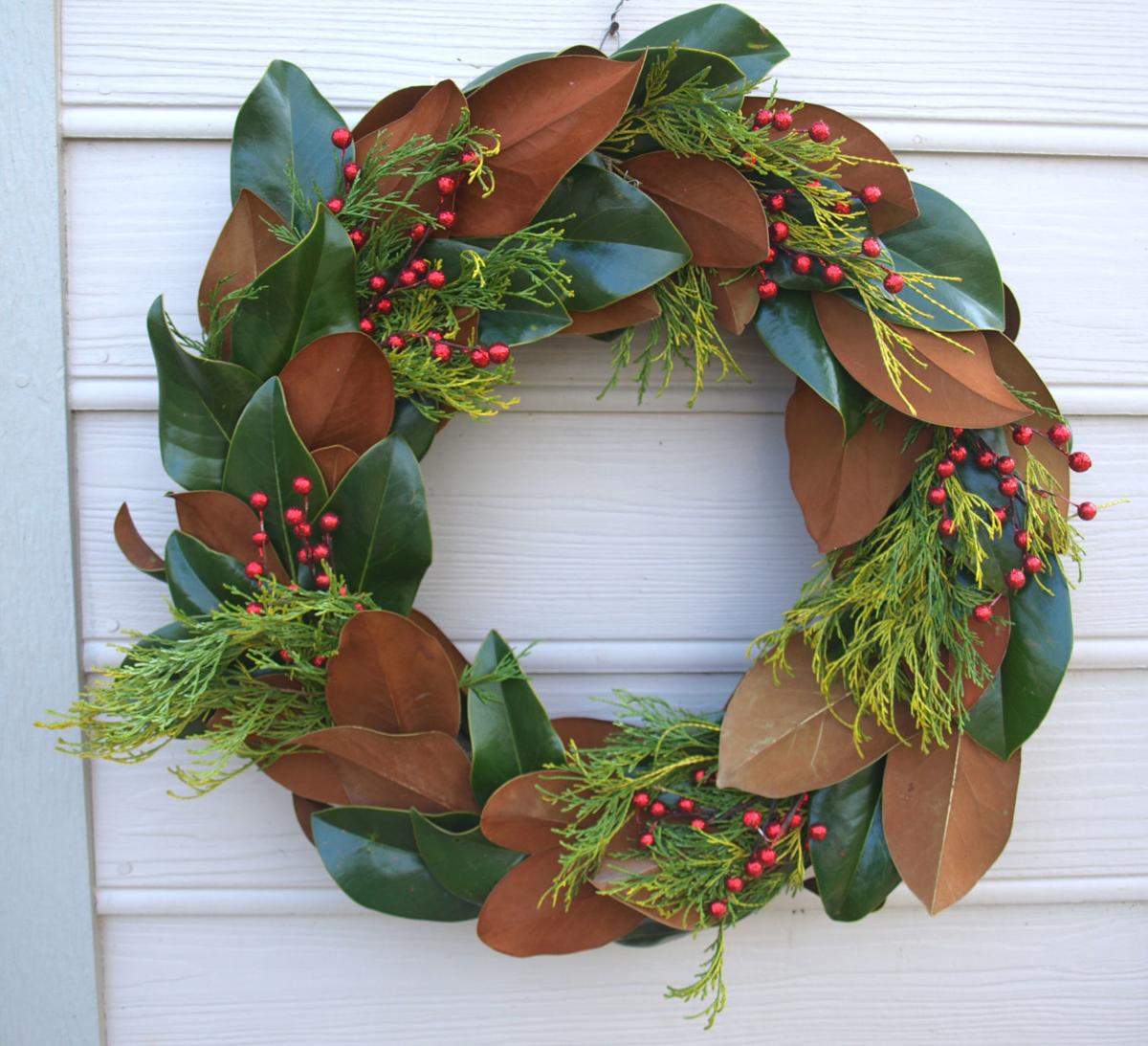 A wreath featuring natural materials can be made from magnolia leaves, holly and cedar. 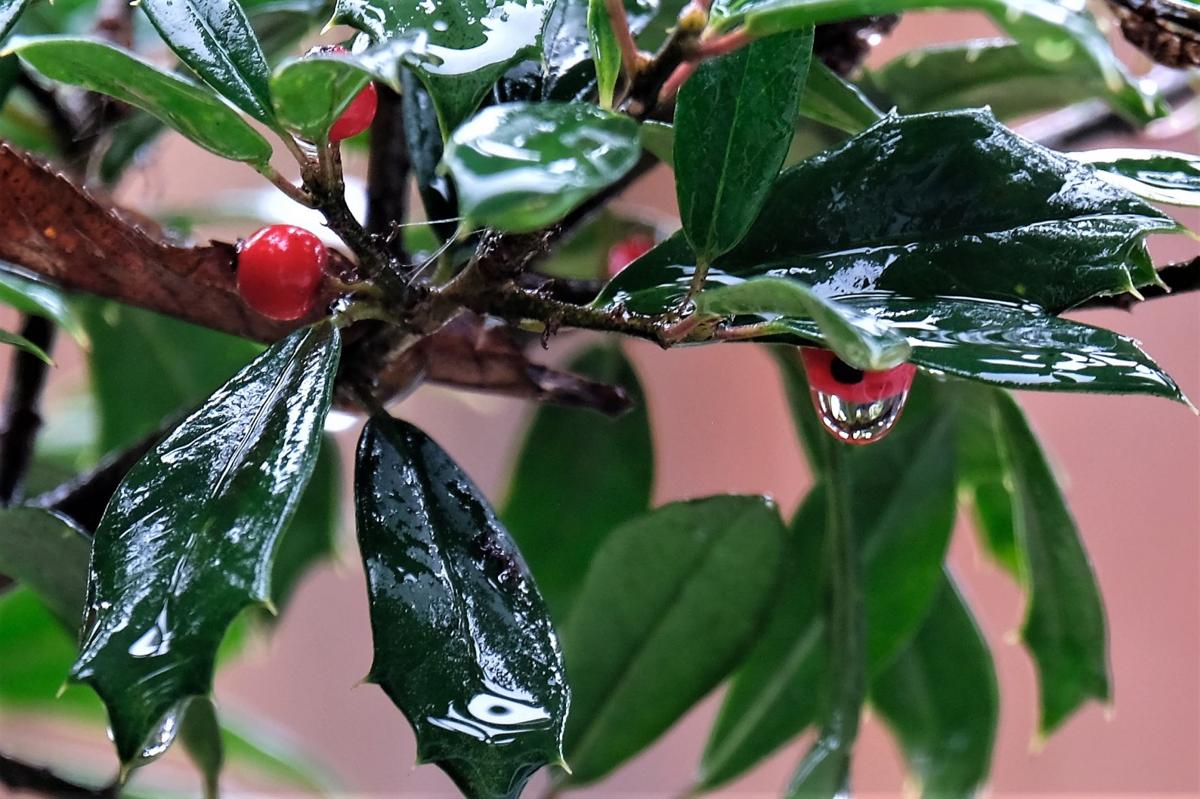 Holly tree branches with red berries can make a home festive for the holidays. File/Bill Lackner/provided 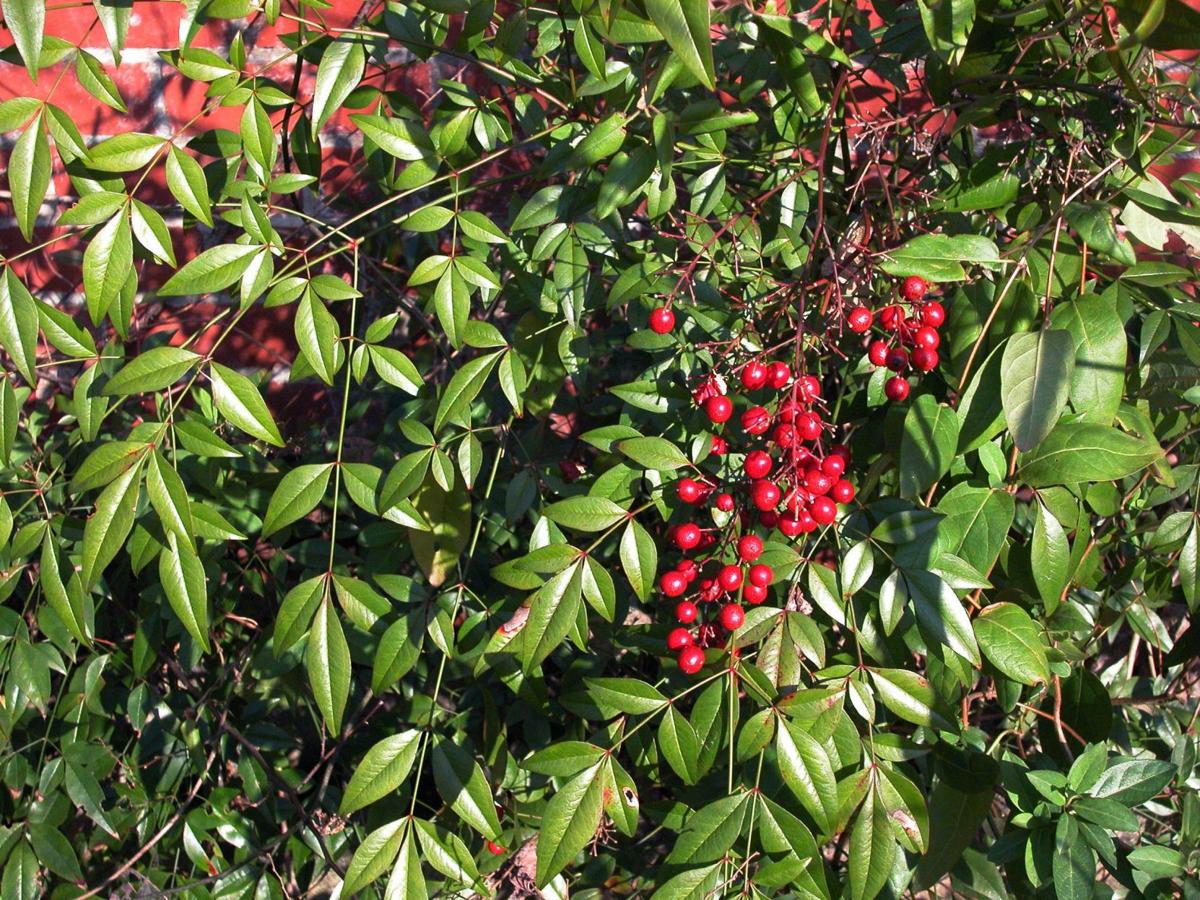 Nandina is known by its colorful parts and pieces. The berries can be used for holiday decorations.

Our Christmas shrub is decorated. It’s a 15-gallon Oakland holly on a pedestal with a few ornaments and lights. It doesn’t fill the room like a traditional Christmas tree, but we’ll plant it in the backyard in the New Year. All that’s left is making the house festive.

My wife is a thrifty decorator. She uses what’s in the yard. I’m only there to pull grapevine out of the trees and carry buckets of berries. She has her favorites, but this year we added a new specimen to the list: the strawberry tree. It’s an unusual plant that is underutilized in the Lowcountry, but more on that later. First, let’s talk about the usual suspects.

Grapevines are a Christmas decoration staple and grow in the woods behind our house. They are flexible limbs that are good for wreath-making or arching doorways. Greenery and berries can be easily wedged into place.

Glossy magnolia, blue-green cypress and holly make good fillers. We have a cardinal holly and liberty holly in the yard. The cardinal holly regularly produces clusters of red berries which are great for color. Technically, they are drupes not berries. Nonetheless, holly berries are poisonous in large quantities so they’ll stay high on the mantel when used indoors.

Our liberty holly is a real jewel. Slow growing in the shade, the growth habit is naturally pyramidal. In 10 years of growth, it’s barely 10 feet tall. The foliage is large, glossy and dense. However, it rarely produces berries.

Hollies are dioecious, which means they have male or female flowers but not both on the same plant. Male plants are often called pollinators. They provide the pollen that needs to get to the female plant. If that’s successful, the red berries will develop. Our liberty holly doesn’t produce nearly as many berries as the cardinal holly even though they’re only 20 feet apart. But the liberty holly foliage is so outstanding that it’s still quite a prize.

Other berry-producers good for holiday decorations are nandina and pyracantha. Both are loaded with berries this time of the year. Nandina, however, tends to drop the berries once picked. It gets a bit messy when used indoors and they’re known to be toxic to animals, so they’re primarily an outdoor decoration.

Pyracantha has large clusters of orange or red berries, depending on the species or cultivar, and are quite showy. The berries don’t have noted toxicity, but the stems are loaded with sharp spines. Given its prickly nature and large, irregular growth habit, it would need enough space to avoid bumping into it. A distant area where you can see it but don’t have to prune it would be ideal.

We have pyracantha at the horticulture program at Trident Technical College where the strawberry tree is located. The strawberry tree (Arbutus unedo) has been slowly growing on campus for more than 20 years. We’ve pruned it up into a small tree form. The trunk is twisting and the peeling bark reminiscent of grapevine. The evergreen foliage is lush. The form and foliage makes for an exciting specimen that’s relatively pest-free. The real bonus is the flowers and fruit.

Gardening: In celebration of Arbor Day, let's talk about what trees need to succeed

In fall, clusters of bell-shaped white flowers hang from the ends of the branches, similar to a pieris shrub. While they are mildly fragrant, they won’t get your attention like a tea olive shrub. Pollinators, however, love them.

The small strawberry-like fruit is what gives the plant its name. More globose in shape than a strawberry, they have an almost fuzzy texture that is yellow at first. As the fruit matures, they turn strawberry-red and grow in clusters alongside flowers.

The fruit is said to be edible, but the taste can range from sweet to bland. It’s not something you’d use to make jam. But it’s a wonderful candidate for the yard with a holiday treat for decorating.