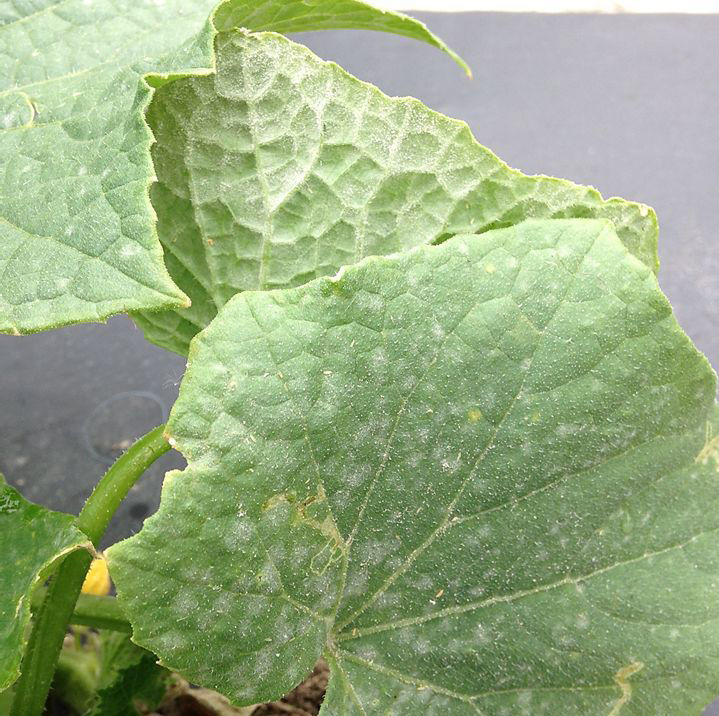 Powdery mildew appears as white powdery spots on the top and bottom of leaves of cucurbits. Although hybrid varieties are resistant, older varieties, like this ‘Straight 8’ cucumber, are susceptible. 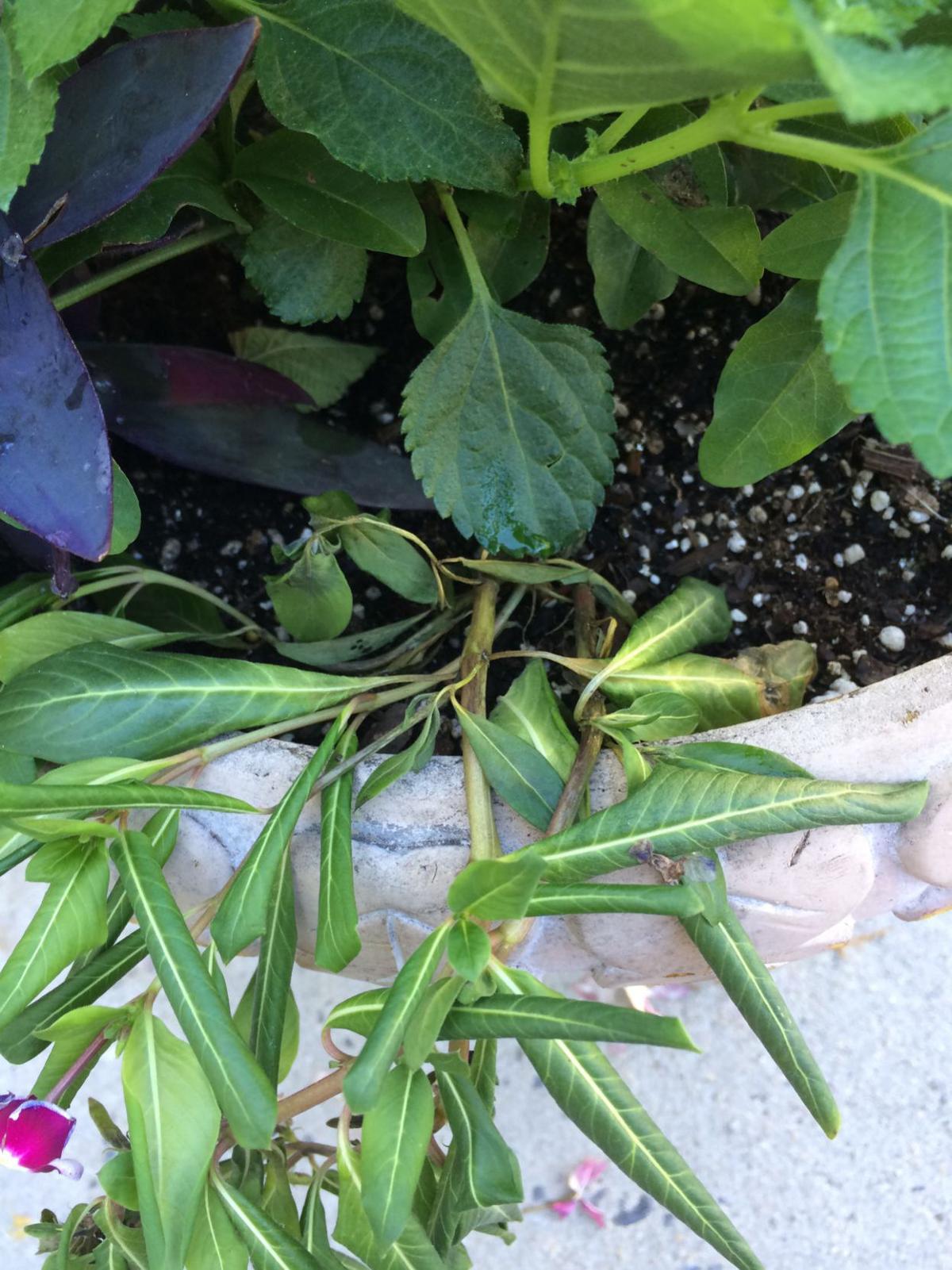 Stem and root rot are problems for vinca in wet weather, even vinca grown in pots.

Powdery mildew appears as white powdery spots on the top and bottom of leaves of cucurbits. Although hybrid varieties are resistant, older varieties, like this ‘Straight 8’ cucumber, are susceptible.

Stem and root rot are problems for vinca in wet weather, even vinca grown in pots.

Six weeks of exceptionally dry weather this spring brought more than brown lawns and wilted plants. Powdery mildew went crazy. It was especially severe on squash and other cucurbit crops, including older melon varieties such as ‘Hales Best Jumbo.’

Gardeners also may have seen powdery mildew on English pea, Shasta daisy, verbena, and common zinnia. Fungicides did not give the expected degree of control this year because of the dry weather.

Powdery mildew is one of the few diseases that is worse in dry weather than in wet weather. Two facts explain this anomaly. First, the powdery mildew fungus (also called “powdery mildew,” like the disease) does not need wet weather to grow, as many other fungi do.

Secondly, a lack of moisture, especially moisture that collects on leaves, slows or stops other leaf-spotting fungi. The lack of competition gives powdery mildew the edge in dry weather.

Powdery mildew grows on the outside of plants, not inside like most other fungi. This trait is good news for gardeners, as it means powdery mildew is relatively easy to control with organic products. Anything sprayed on powdery mildew contacts the fungus directly, instead of having to pass through the leaf to reach the fungus inside.

In my tests at the Coastal Research and Education Center, sulfur and Organocide (the original formulation with 5 percent sesame oil) were the most effective products among 10 biofungicides tested. Potassium bicarbonate and horticultural oil also worked most of the time. (Note: We observed some leaf damage from potassium bicarbonate sprayed on melon leaves.)

Another option for managing mildew on cucumber, melon and squash is to grow resistant varieties. Most hybrid varieties of cucumber and melon are very resistant to powdery mildew, even under this year’s high disease pressure.

After the Lowcountry reached incipient drought status, the rain started. Counties west of Charleston received up to 15 inches of rain in early June. At the Charleston airport, 7.4 inches of rain were recorded for the month.

One summer disease that is sure to appear with so much rain is root and stem rot on annual vinca (also called Madagascar periwinkle, Catharanthus roseus). Because of the dry weather, I thought 2019 was the summer to plant vinca, one of the most drought-tolerant summer annuals.

The risk with vinca is it is very susceptible to root and stem rot caused by water molds, notably Phytophthora nicotianae. By mid-June, four different varieties (cultivars) of vinca were dying in pots or in the ground in my yard. (Diseased plants are especially annoying to a plant pathologist, as might be expected.)

One option to manage root rot caused by water molds is potassium phosphite, which is sold by many different brand names. A diluted solution is poured around plants to prevent root rot. When I used potassium phosphite in the past, it helped to save snapdragons that had root rot, but it also burned some leaves.

Based on my experience with this fungicide, two cautions are in order. The amount to use should be carefully measured so that the solution is not too concentrated. Secondly, the solution should be applied to the ground, not to the leaves.

Another option is to plant ‘Cora XDR’ or ‘Cora Cascade XDR’ vinca. Although an older version of ‘Cora’ succumbed in my yard, the chances of this happening with ‘Cora XDR’ are lower than with other vinca varieties.

According to my Clemson colleague, Dr. Steve Jeffers, the original ‘Cora’ was bred as a resistant vinca at Texas A&M but with limited exposure to Phytophthora. For the past five years, he has worked with Syngenta Seeds to improve the resistance in ‘Cora.’ ‘Cora XDR’ is the current offering, while they continue to challenge plants yearly with new strains of the pathogen. I’m shipping him a sample of the culprit that took down my ‘Cora’ plant to use in this year’s tests.

Regardless of the weather, planting resistant varieties or spraying organic or conventional fungicides are (usually) the best ways to manage plant diseases.