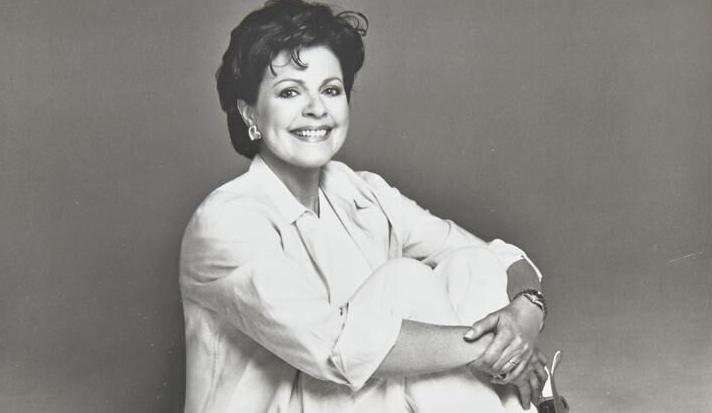 Items from Dottie Frank's home in Montclair, N.J., are up for action at Doyle online. Doyle/Provided 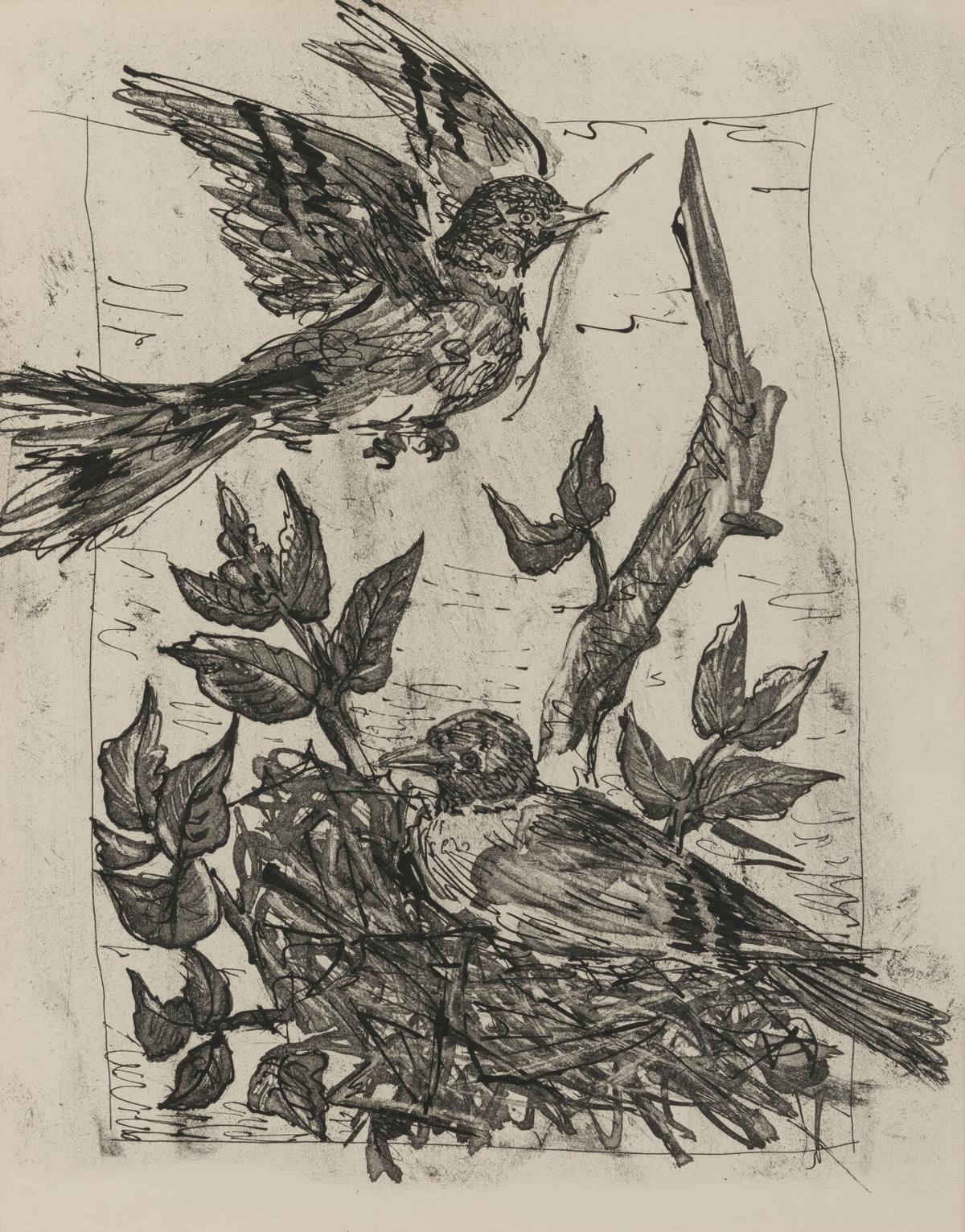 The Collection of Dorothea Benton Frank at Doyle auction house includes and oil on canvas work by Alexander Calder. Doyle/Provided 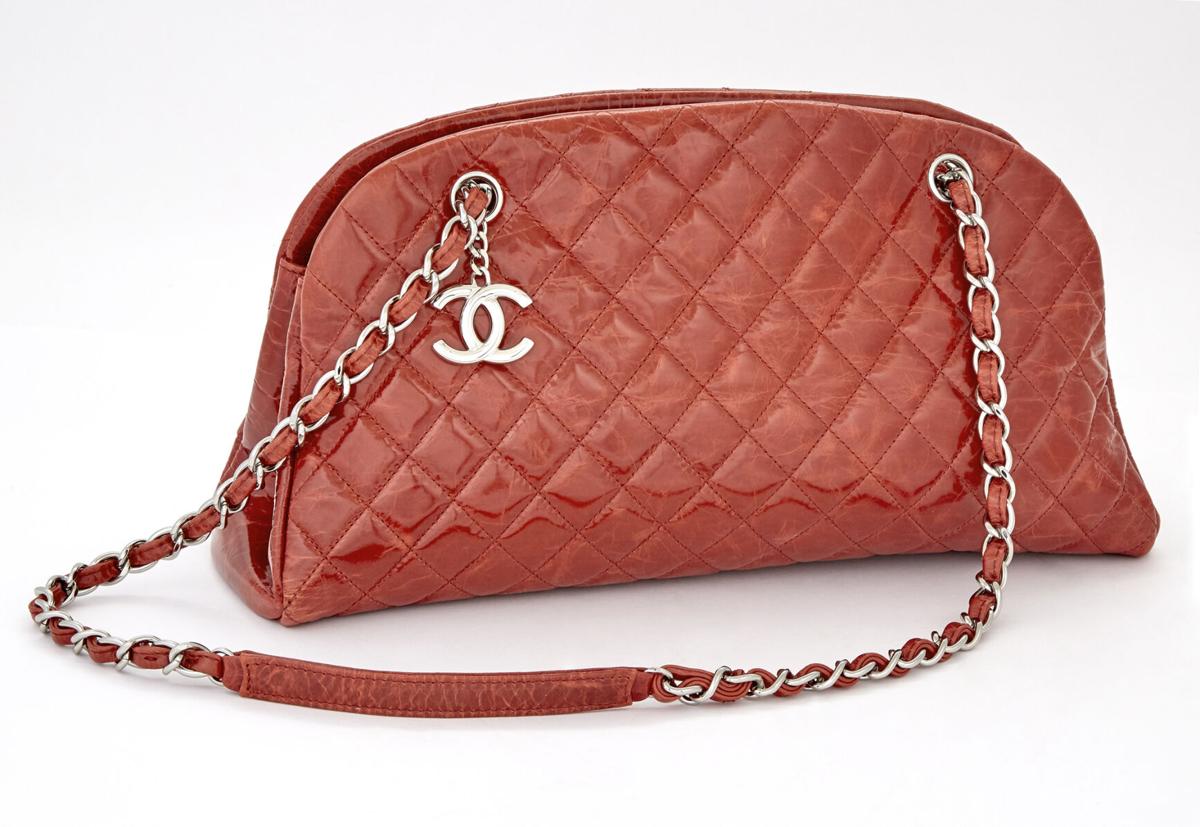 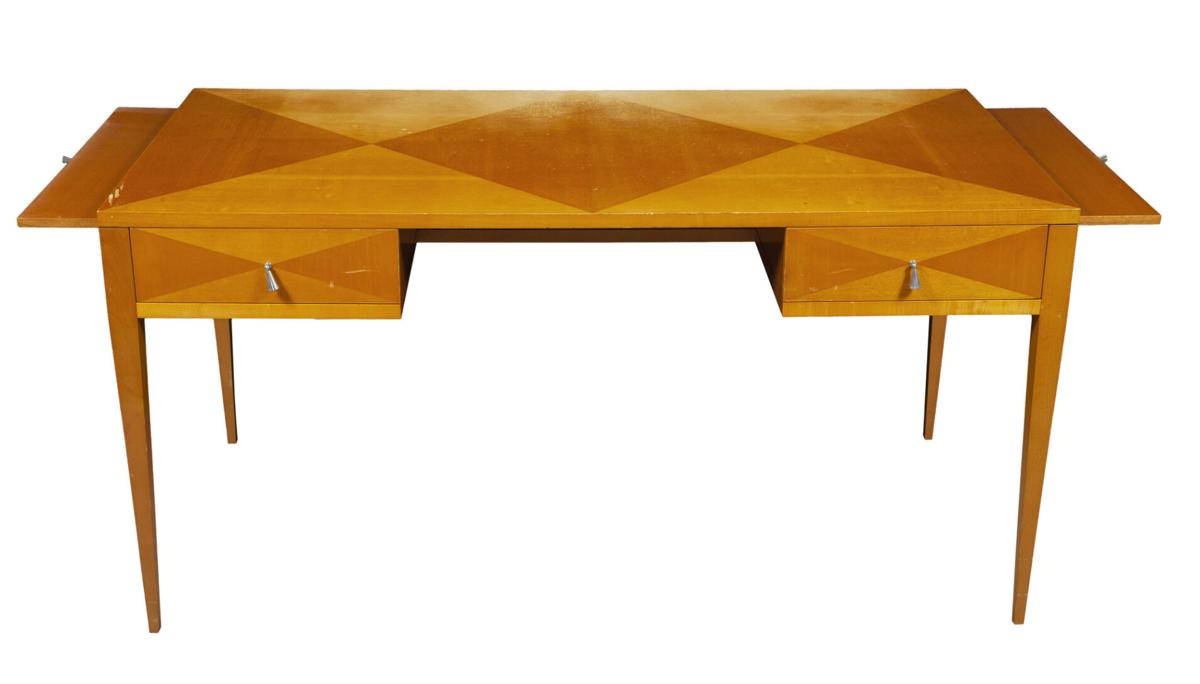 As part of the suite of furniture in Dottie Frank's personal office, this art deco-style fruitwood library table served as the center of meetings when one of her 20 bestselling novels was under development or another book tour was being planned. Doyle/Provided 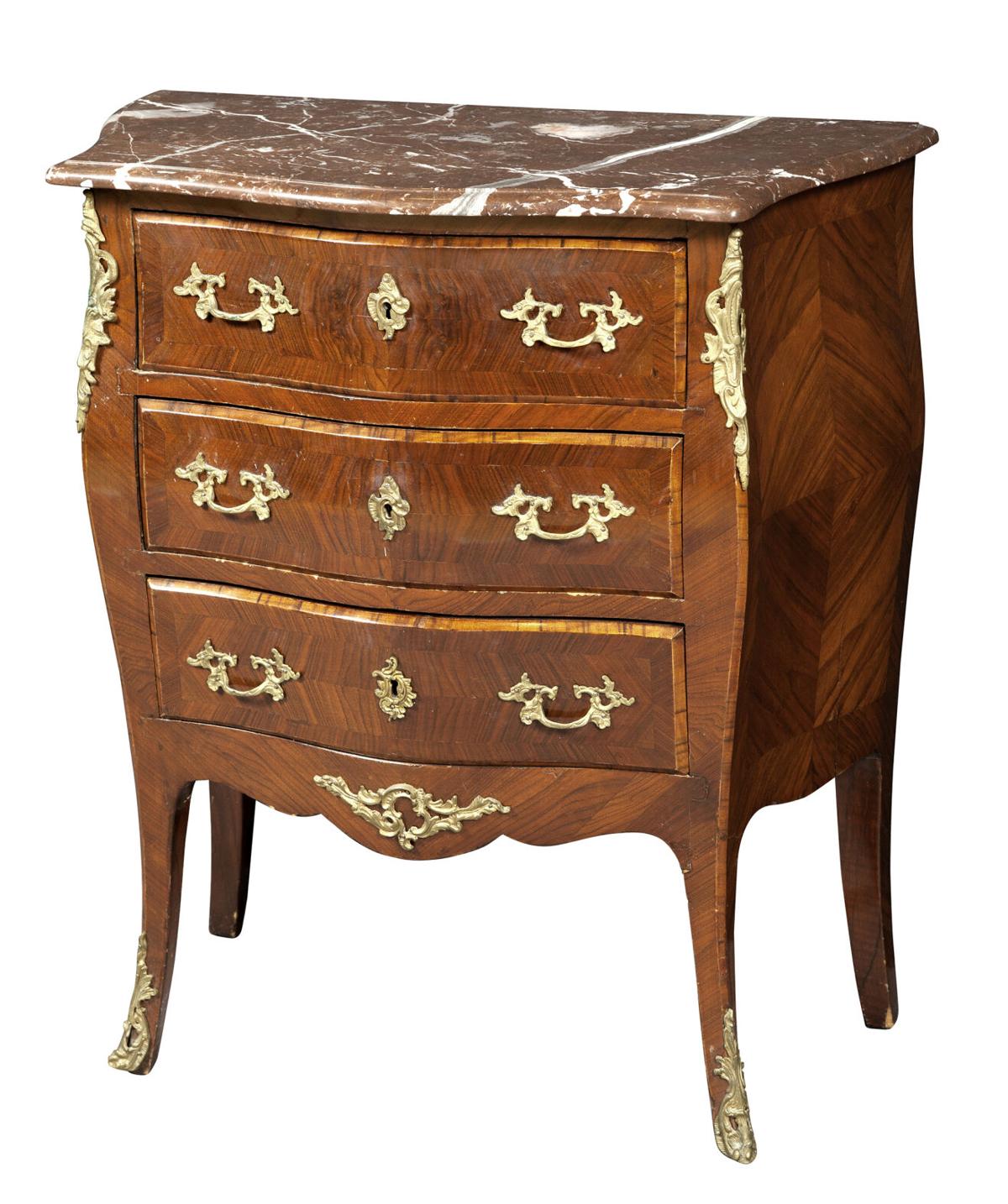 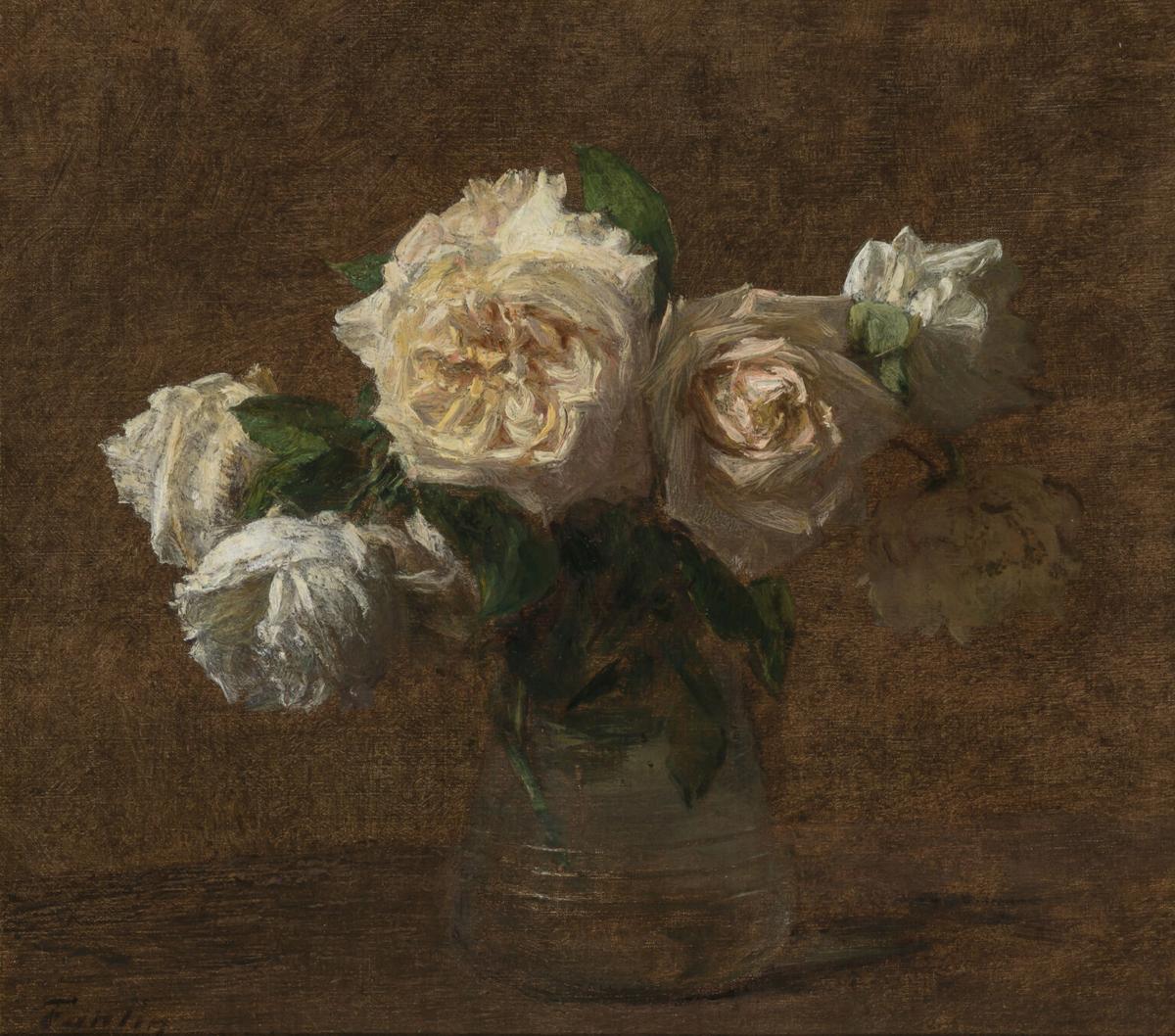 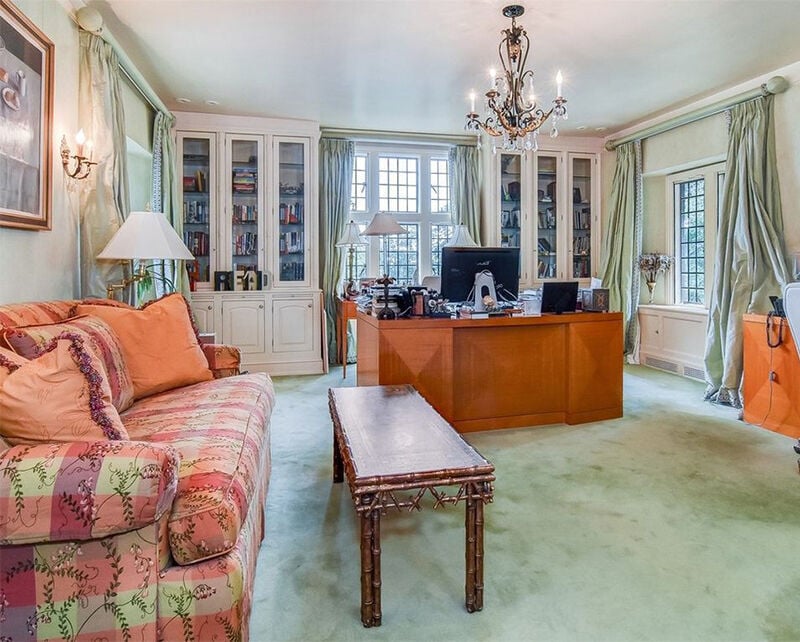 Auction items are from Dottie Frank's office in her home in Montclair, N.J. Provided/Doyle 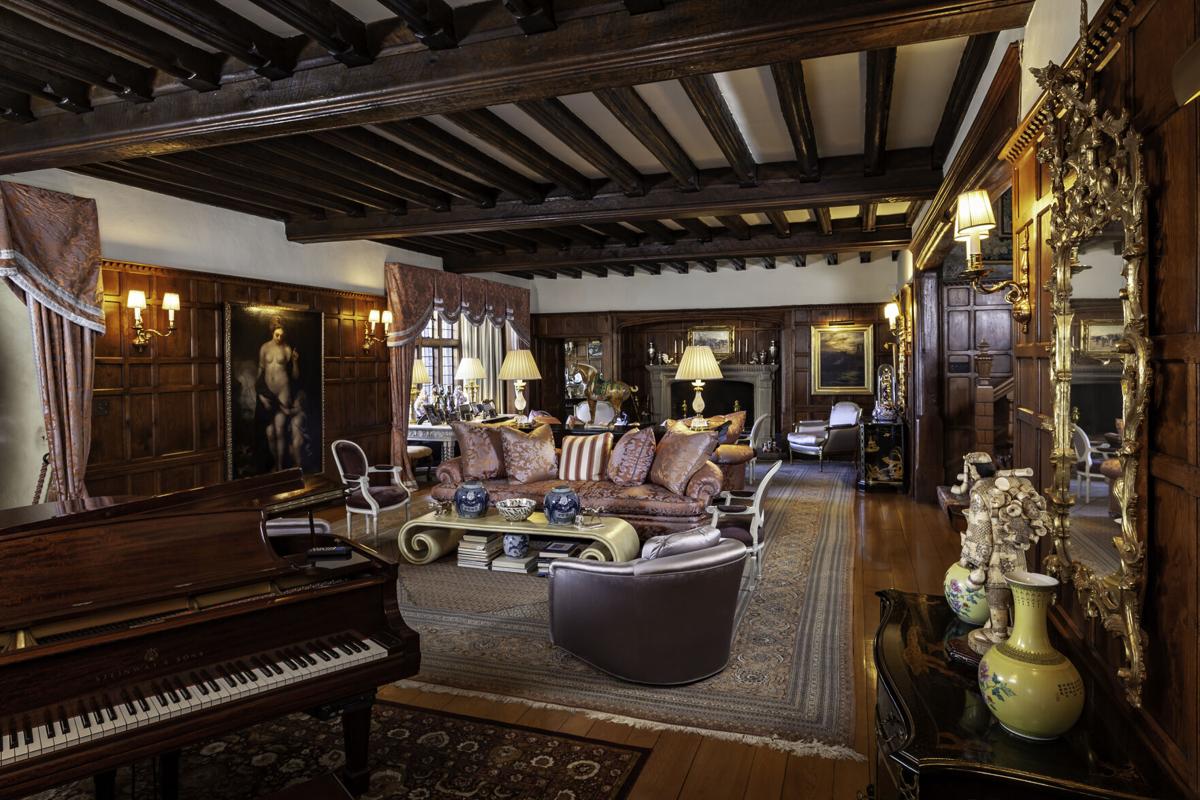 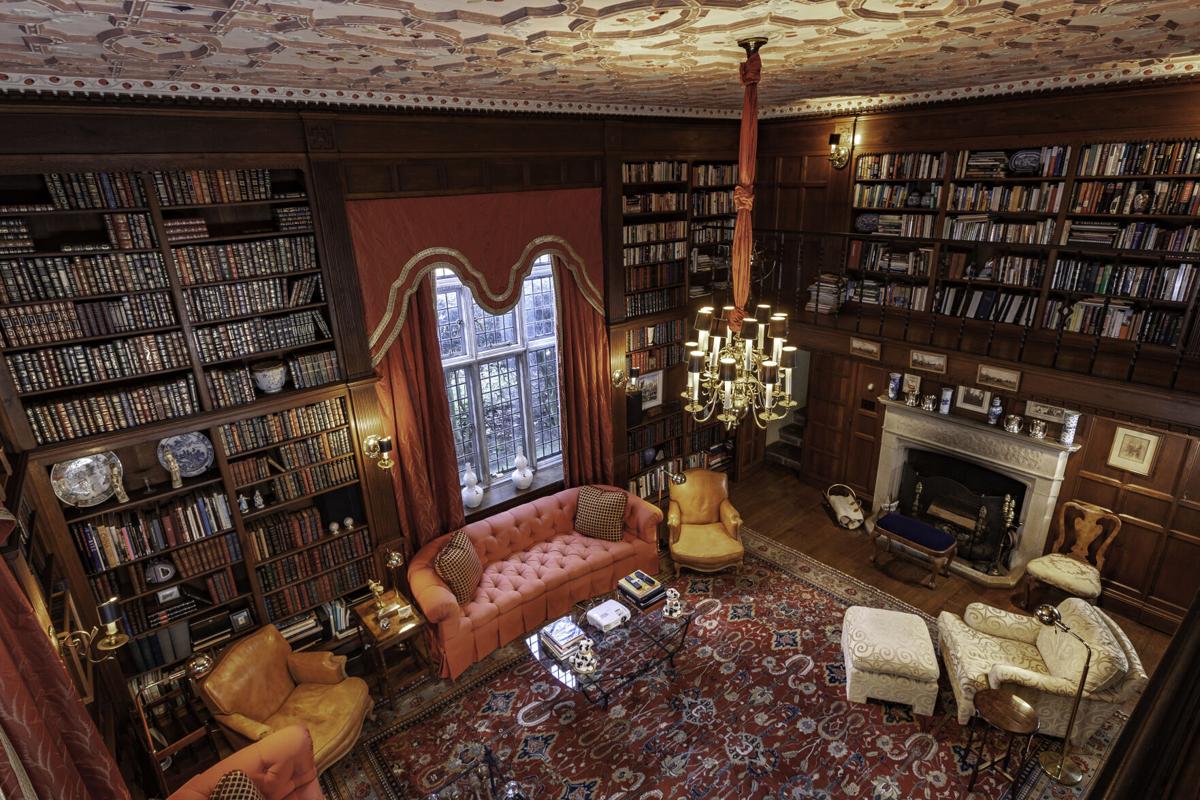 Auction items are from Dottie Frank's library in her home in Montclair, N.J. Provided/Doyle

Items from Dottie Frank's home in Montclair, N.J., are up for action at Doyle online. Doyle/Provided

The Collection of Dorothea Benton Frank at Doyle auction house includes and oil on canvas work by Alexander Calder. Doyle/Provided

As part of the suite of furniture in Dottie Frank's personal office, this art deco-style fruitwood library table served as the center of meetings when one of her 20 bestselling novels was under development or another book tour was being planned. Doyle/Provided

At Doyle, the auction house in New York City, the estate of world-renowned novelist Dorothea Benton Frank will go up for auction starting this week.

In case you have just landed in Charleston from a distant galaxy, Dottie Frank was the best-selling author who died last year at the age of 67. Before launching her blockbuster writing career some 20 years ago, the Sullivan's Island native had lived mainly in Montclair, N.J., penning her perennially popular, heart-and-humor-fueled beach reads with the initial aim of earning enough to buy a Sullivan's Island beach house.

As most in the Lowcountry know, that transpired into a next chapter that was as much cult following as her intended cash cow. Over the next two decades, Frank towered over best-seller lists, a literary phenom churning out a staggering 20 books and often holding court in said beach house with devoted readers flocking there for weekend retreats.

Starting Sept. 16, the auction will go live online at Doyle.com, then continuing on Sept. 17 with important paintings before featuring additional clusters of lots in the days and weeks to follow.

On the website are slick auction-quality shots of the various items that once made their home in various rooms in Montclair. They march cleanly through the pages, dissociated from their previously chosen place on a dining room table or library. Photos of the rooms as they were once tricked out are included online, too.

And, like the novels she dreamed up, with their closeups on the inner workings of families, from their all-too-human homes and their well-meaning hearts, the auction offers an intimate vantage of the novelist’s personal turf by way of the often ornate trappings of a prosperous house in a leafy suburban outpost of Manhattan.

A look at some lots

Now, about those lots. Like descriptions of Frank herself, there is nothing minimal about her trappings. When it comes to furnishings, there are well-stuffed sofas and an upholstered chaise lounge, to boot. A swell of rich and burnished wood gleams from other lots, seen in an English walnut lap desk, a Louis XV gilt metal mounted tulipwood commode and art deco-style fruitwood library table that was in her office.

There is ample in the way of decorative arts once placed on top of those furnishings, too, like Chinese porcelain vases and pottery figures of Staffordshire pups. There are brass andirons and needlepoint stools and whimsical objects d'art.

There are loads with which to host, no surprise since Frank was known for her love of entertaining, among them sterling Tiffany & Co. palm tree candlesticks, Limoges china and a silver plate and horn Edwardian dinner bell.

There are numerous books in the way of some leatherbound collections, a lot of works by authors including Michelle Obama, Annie Proulx, Margaret Mitchell and Pat Conroy. Another pair of lots gathers the 20 books written and signed by Frank herself. Those are well met with various lots of Montblanc Writer Series pens named after the likes of Mark Twain, F. Scott Fitzgerald and Franz Kafka.

There are scads of handbags: a classic Louis Vuitton and a quilted red Chanel, a white leather Gucci and a pair of Ferragamos. There is a complement of costume necklaces and some Hermes silk scarves.

Then there is the art, spread out over two auctions on separate days. A lithograph by Henri de Toulouse-Lautrec reveals a gloved woman and an aquatint by Pablo Picasso captures a bird feathering its nest. Heavy hitters with steeper price tags include a vase of six roses by Henri Fantin-Latour, estimated between $200,000 and $400,000; a landscape of Menton, France, by Jean-Francois Raffaelli, gauged between $70,000 and $100,000. There is one by Alexander Calder and one by Christo and Jeanne-Claude hovering around that same price point.

In all, it telegraphs a neoclassical bent likely sprung from the 1980s and 1990s, a decked-out family home replete with the A-grade finery of the times.

Together, they offer a glimpse into Frank’s take on earthly delights, or at least at the time she acquired them. They also come together as an object lesson for those uninitiated in the ways of estate sales and the practice of collecting.

So how does one arrive at a purchase that has both value and meaning to the buyer? What’s the advantage to all that sifting and vetting and bidding? It really depends on your aim and your taste.

Elizabeth Garrett Ryan, principal of Elizabeth G. Ryan and Associates, has learned as much during her career as decorative arts appraiser. At times, she has been brought in to manage estate sales. One was for Alicia Rhett, the longtime Charleston portrait artist whose pastels of smocked-dress Charleston children were de rigueur in local parlors. Rhett is also known for her role in “Gone With the Wind,” playing India Wilkes.

“I learn a lot about people after they have passed away by being in their homes and seeing what they collected,’ she said. “It's an interesting way to get to know people.”

However, such insight to compelling cultural figures like Frank and Rhett is but one advantage of an auction. Other benefits are more pragmatic. “You're going to pay a much lower price buying pieces at the estate sale than what you're going to pay in a retail setting,” said Ryan.

Such bargains are best landed with some research. In her role as founder of Spire Art Services, Michele Seekings helps clients catalog and care for their art. She encourages collectors to do their own due diligence, a vital tool for those hoping to gain a competitive edge at an auction estate.

“It’s really to their advantage to do the research,” said Seekings of hopeful bidders. “Right now, especially with the power of the internet, people can subscribe to so many different auction types of sites.” She flags sites like Artnet.com and Askart.com as ways buyers can review similar or comparable work by the same artist. For more significant investments, consider enlisting an art appraiser.

These can be particularly helpful with opportunities like estate sales, which don’t have the research and cataloging undertaken by reputable houses like Doyle before they make the cut.

Still, independent estate sales do have benefits for certain types of arts and objects. “If you're looking for local or regional artists, you might look into the estate sale and have some luck there,” Ryan said.

What's more, those who frequent such sales can gain crucial context to specific decorative eras, which helps with building collections. “You begin to understand how people would have furnished their houses, what objects were important to them at a particular point in time,” Ryan said.

So how is the potential bidder best equipped for success?

“You would want to know the provenance,” said Ryan, referring to the information on who previously owned the work or piece and where it came from. For sound purchases, it’s paramount to get as much documentation on certificates of ownership as possible.

Ryan notes that a reputable auction house like Doyle has done most of that provenance research before the auction. At estate sales, the buyer is often left to his or her own devices. “It depends on what people keep. Some people keep everything. Some people keep nothing,” Ryan said.

However, according to Seekings, sometimes the provenance is the person who owned the work. Such is the case with Dottie Frank, whose force of personality will be a major attraction for potential bidders. “It's not just people who are looking for specific pieces, but there is also the fact that it's hers. For a collector, sometimes it's all about the story.”

An estate sale can yield other discoveries. At the sale for the estate of Alicia Rhett, Ryan quickly learned that the furnishings and related items weren’t the most significant find. The artist’s archival materials from her own work, as well as documents and cast photographs from "Gone with the Wind," held significance for local historians.

Dealing with a reputable auction house like Doyle minimizes risk. “I think, generally speaking, you can trust their descriptions and that they'll be forthcoming and honest with you,” Ryan said.

Those planning to peruse Doyle’s Collection of Dorothea Benton Frank, or other forays into collecting, may do well to take a page from the author’s book. Whether it's a Montblanc pen that may have inked a classic line or a porcelain pup seeking a new home, that means finding the stuff of your life that speaks straight to the heart.