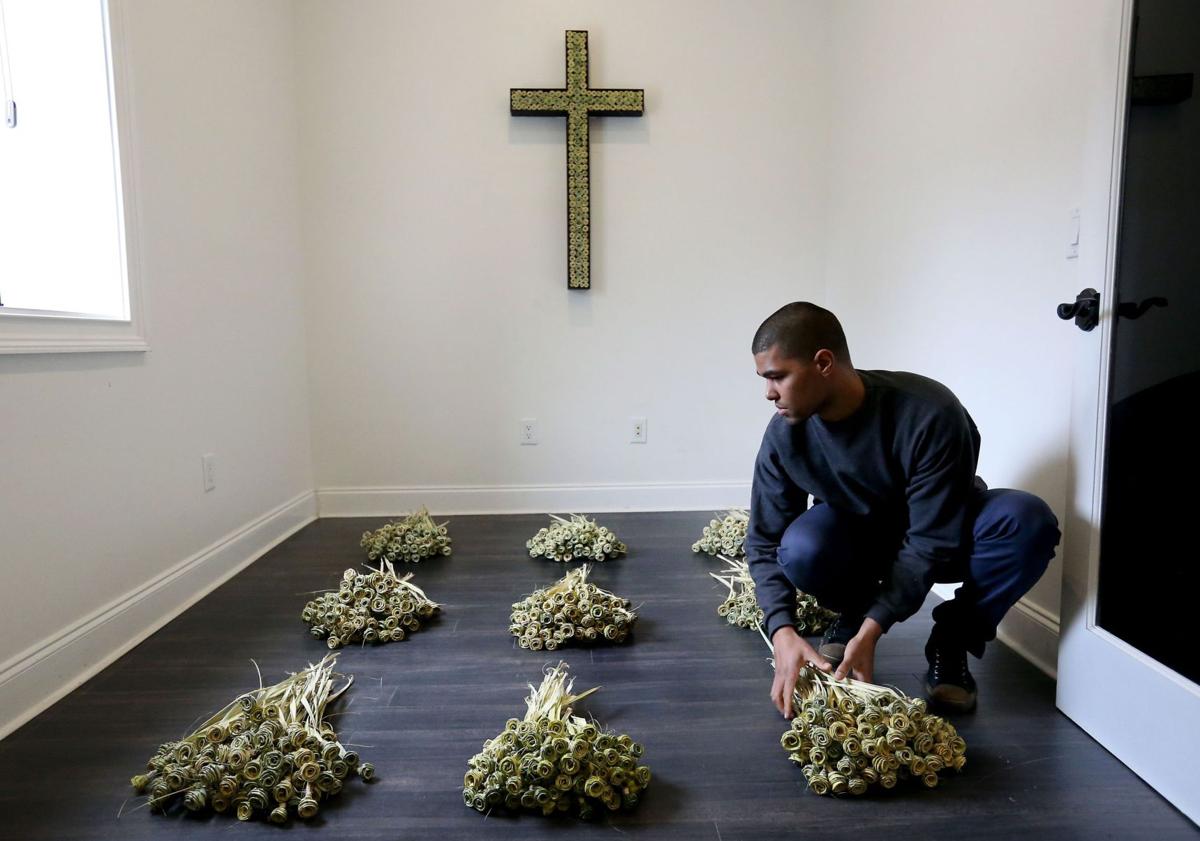 Artist Fletcher Williams often uses palmetto roses in his works, including the 2015 “Freshly Cut," which is on the floor, and “Holy City,” the cross on the wall. Provided 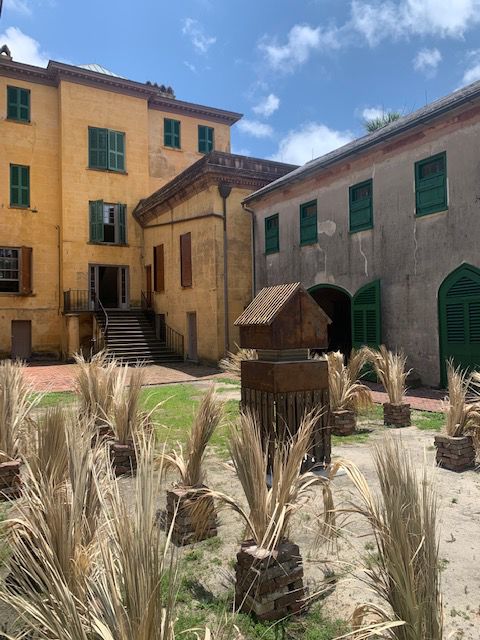 An installation featuring the work "Homestead" is flanked by new works made from bricks and palmetto fronds situated between the workhouses of the Aiken-Rhett House. Historic Charleston Foundation/Provided 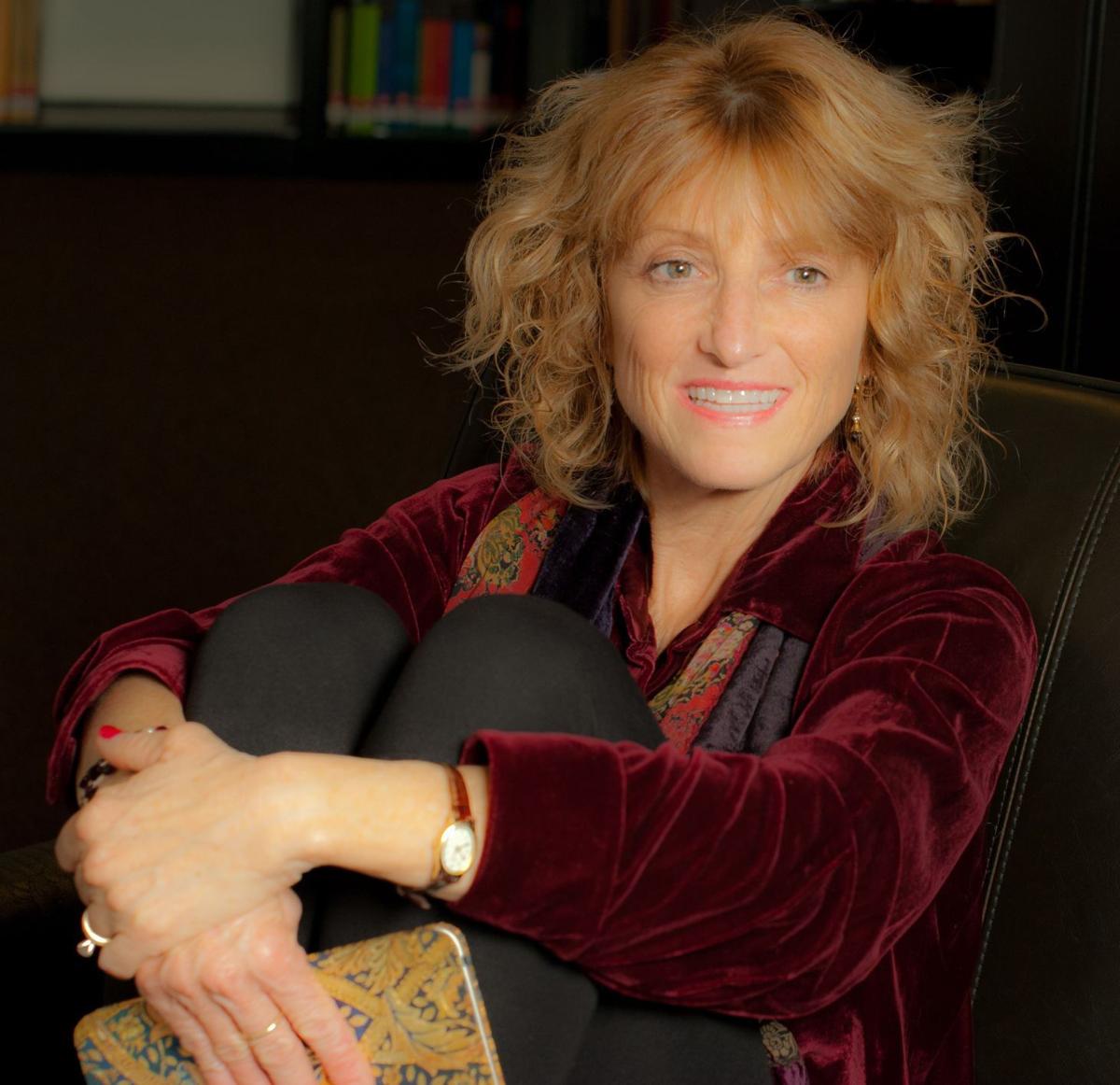 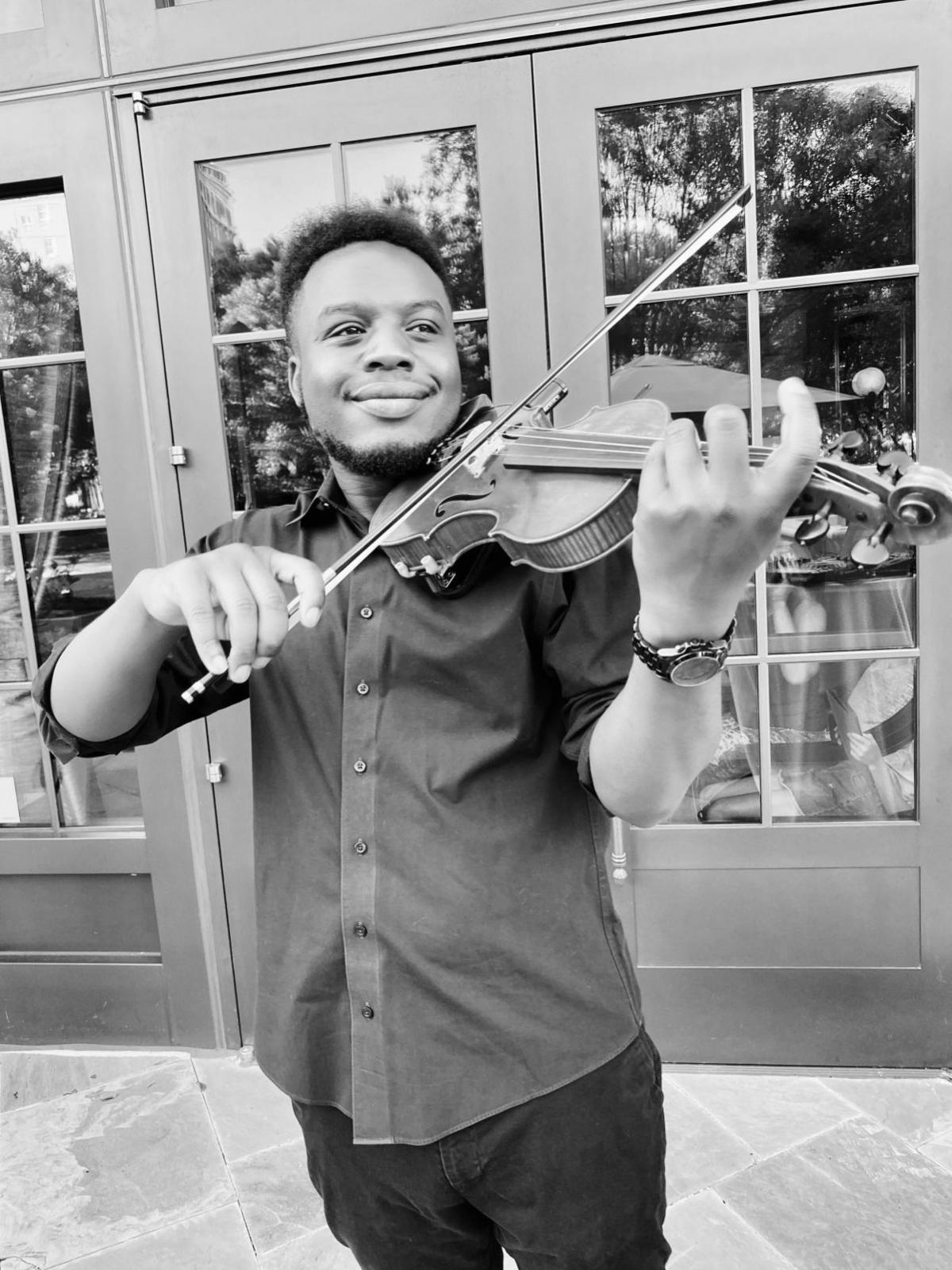 Seth G. has teamed up with musicians to release "A Time for Change." Provided 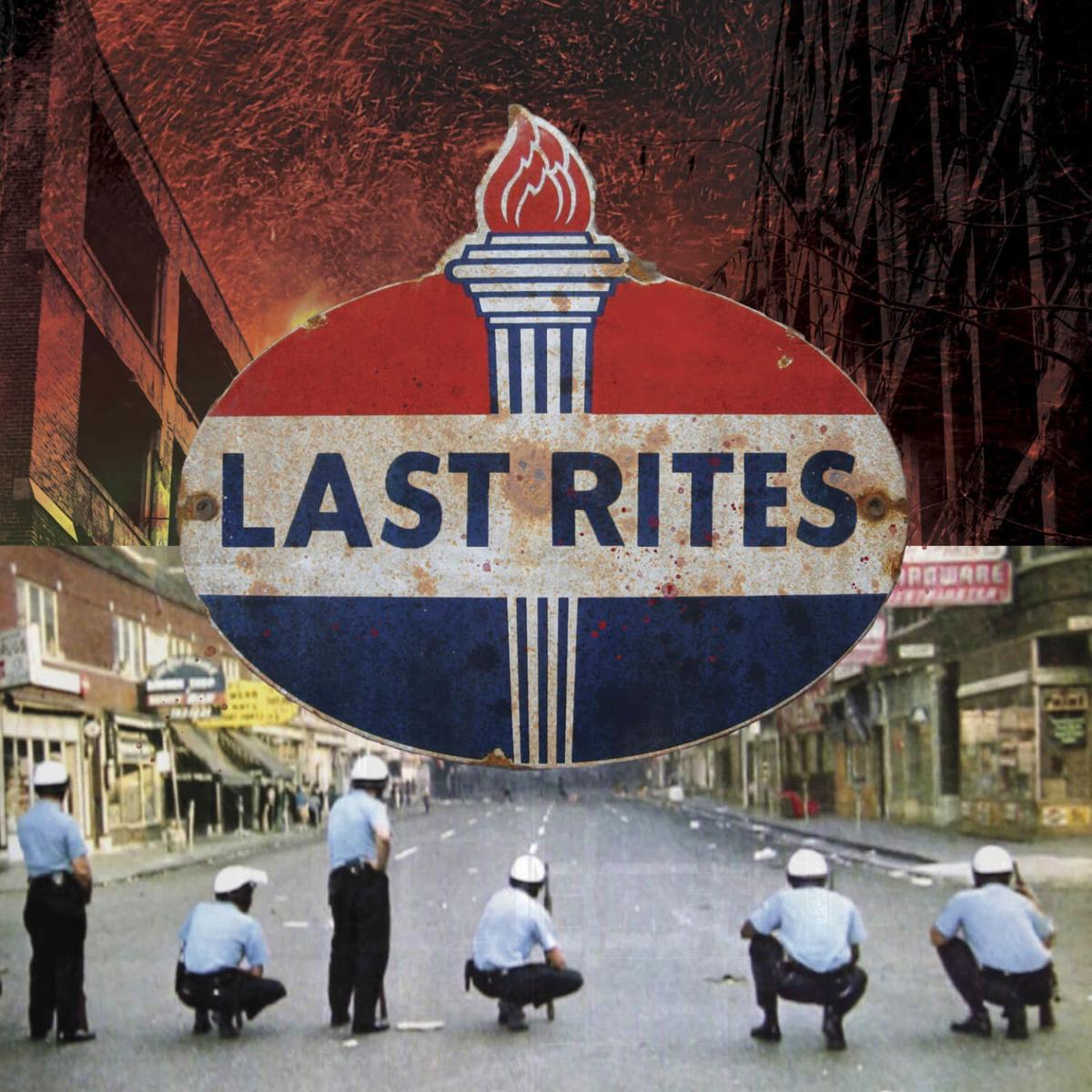 History, current events and nature have converged in ways that urge us to rethink standard operating procedure throughout our daily lives. Are we too close to one another? Have we ever been truly close? What should be built up to bring us together, and what should be torn down?

Many Charleston artists have long been exploring such vital questions or forging careers that reflect community and collaboration. With the amplification of that focus following the Black Lives Matter protests, they are creating new works and revisiting those from the past that now gain deeper resonance. Now would be a good time to listen to your Charleston artists. Here a few primed for a new paradigm.

In Orangeburg, a civil rights museum offers a deft lens on activism

Art in an urban plantation

Before his plans were stalled by the coronavirus, artist Fletcher Williams III was underway with "Promiseland," an exhibition that was to open in March at the Historic Charleston Foundation’s Aiken-Rhett House in downtown Charleston.

Throughout his career, Williams has explored Charleston's disparities, often availing of the materials implicated in that oppression. Many of his past works feature Charleston palmetto roses, which are traditionally made by black artisans and whose sales are steeped in the socio-economic inequities.

"I use materials that have a loaded history to them," he said, pointing out his use of palmettos, as well as bricks made from enslaved people and the stuff of almost every issue specific to Charleston's history. "I don't have to speak for the material. They do it for themselves."

“Promiseland” is the natural evolution of Williams’ work, which references the Southern vernacular of picket fences as a complex symbol of the American Dream. While the work was created before the protests, its curation in the Aiken-Rhett House, an urban plantation, has been informed by them.

In the show, he deconstructs and subverts that fraught fence that affords some Americans access while keeping out others, an observation in sharper relief still in the show's setting, where the enslavers and the enslaved co-existed.

By the time the museum got the green light to open its doors, the Black Lives Matter movement had amplified these themes in ways that were leading the national conversation. Among the heated topics has been the proper place for historic sites with a past involving enslavement, such as the Aiken-Rhett House, where Williams' work imposes a new narrative in one room to the next.

"I think people could have a more productive relationship with historic sites like plantations if there was opportunity for reinterpretation and artistic intervention," he said, noting that if people have an opportunity to participate in the interpretation, then you can broaden the conversation.

Should artists play a crucial role in the reinterpretation of historic sites?

"I think that artists have the vision," he said. "I'm not beholden to anyone. Obviously, I have my constituents to keep in mind ... but if I am going to interact with a historic site, I'm going to dig deeper and figure out how to give people access to the site in a way that creates a dialogue."

A conversation across centuries

As poet laureate of South Carolina, Marjory Wentworth has long used her platform and her pen to explore issues of social justice. Among them is “Holy City,” a poem written for The Post and Courier the year after the Mother Emanuel AME Church tragedy. She also co-authored the book “We Are Charleston: Tragedy and Triumph at Mother Emanuel,” a collaboration with Herb Frazier and Bernard Powers recounting the events of the day of the shooting and offering a history lesson of Mother Emanuel AME Church and the wider denominational movement.

“It’s not my story, but I’m a witness,” said Wentworth, adding that the role of the artist is to tell the story, and to foster empathy in doing so. “You want people to feel it.”

Recently, Wentworth created a poem at the request of the organizers of the Make it Right Project. They had asked her to write it for a since-canceled national march originally planned for this month in Charleston, which was to culminate at the John C. Calhoun monument in Marion Square.

Entitled "A Confederate Dialogue between John C. Calhoun and Dylann Roof," it is composed of exact quotes and can be read horizontally or vertically, as if they are speaking to each other across the centuries, reminding readers that the racist ideas, particularly of the Confederacy, are present today in Charleston and beyond.

Bracing and replete with both Calhoun’s formal phrases and Roof’s hate-filled slurs, the poem demonstrates that, however differently their beliefs of the two are articulated, the thrust of the racism remains the same.

“Charleston is the crucible for all this,” said Wentworth, adding that the John C. Calhoun Monument is a flashpoint, as is the prospect of it being taken down. “The ripple effect is huge.”

For Wentworth, part of being an artist in Charleston is engaging with the African American experience.

“Art is the expression of the soul of the community,” said Wentworth, who adds that she wonders how it is possible to be an artist grounded in this city and not consider this part of the community.

Wentworth recently wrote another poem, "One Hundred Thousand Names," honoring those who have died from coronavirus. It is now printed on a banner affixed to the gates of Circular Congregational Church.

“Artists are trying to find the language to express what we’re going through.”

In response to the protests, Charleston composer and violinist Seth G. has rounded up other musicians, among them local artists such as Charlton Singleton, singer-songwriter Emily Curtis, cellist Anna Mathias, violinist Daniel D., to create the song “A Time for Change.”

“I wanted to do something to raise awareness and spread positivity, because that’s what I’m about,” Seth G. told The Post and Courier in an interview earlier this week. “I feel like this is me doing my part.”

The artist has regularly collaborated with a wide range of local artists, creating songs and videos offering an optimistic vantage of contemporary Charleston, one that often seamlessly embraces diversity against the background of the historic city. In light of this, gathering those talents together for the new song could be considered an extension of the artistic world he has already fostered in Charleston.

An uplifting, effusive rallying cry, "A Time for Change" offers a positive message encouraging others to speak their voice. In its companion video, the artist wears a shirt adorned with the word "Human." Through its range of musical talent and stirring shots of Charleston, the work's collective voice reflects both the artist's idealism and love for his city.

A video, which is produced in black-and-white and features the performers as well as footage of the Charleston protests along with iconic Charleston sites, can be viewed on Vimeo at https://vimeo.com/429461085.

Pure Theatre has been dramatizing the dynamics of race and social justice for years, mountings plays each season that explore themes such as socio-economic inequities and microaggressions in the safe space of a theater.

Last year, they produced “Last Rites,” an original work by Randy Neale set during the second day of the Detroit riots in the summer of 1967. In 2016, Pure produced Claudia Rankine’s “Citizen: An American Lyric,” a candid look at race dynamics, and also hosted a series of post-performance discussions.

"The first step is that we all have to feel like we are heard," said Sharon Graci, co-founder and artistic director of Pure Theatre.

This summer, in partnership with Charleston Arts Festival and Buxton Books, Pure presents "Bearing Witness," a series of three virtual play readings with the aim of igniting conversation around race, each accompanied by a panel discussion.

In a statement on the initiative, Pure shared that "the plays honor the struggles of the BIPOC community, challenging each of us to think harder, and act faster to end the more than 400 years of oppression and violence that our black, indigenous and persons of color, brothers and sisters have experienced since the 1600s."

On July 10, they will mount an excerpt from “Father Comes Home From the Wars” by Suzan-Lori Parks, a drama set at the end of the American Civil War. On July 17, the company will present an encore performance of “Last Rites.” On July 24, they will present “Retcon” by Pure ensemble member Michael Smallwood about a supervillain who faces a choice between family or followers.

For Graci, this kind of work serves to open channels of communication.

"We can profoundly disagree and still find ourselves in a conversation," she said. "I think the most important statement we can make about theater (is that we) invite disparate voices to the table."

In fall 2020, Pure will present a new season, "A Season of Hope," launching with a production of Lydia R. Diamond's "Toni Stone" about the first Black female baseball player in the 1930s.

"Theater has a way of humanizing so that we can engage," said Graci, adding that this makes it much more difficult for people to turn away from others than when they are viewing them from 1,000 feet away.

"I find that most people are generous with their answers and are really seeking that third space, which is conversation," she said of the discussions. "Most people want to be a part of the solution."