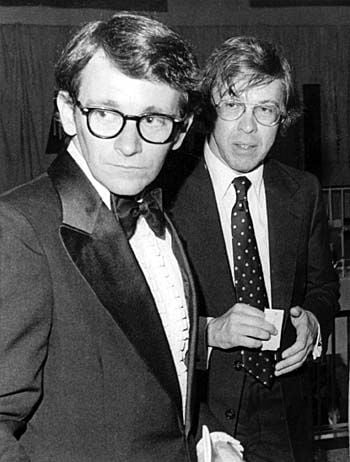 Mayor Joe Riley and Charles Wadsworth attend the opening of the opera "The Queen of Spades" in 1977. It was the first year of Spoleto Festival USA and the chamber music series. 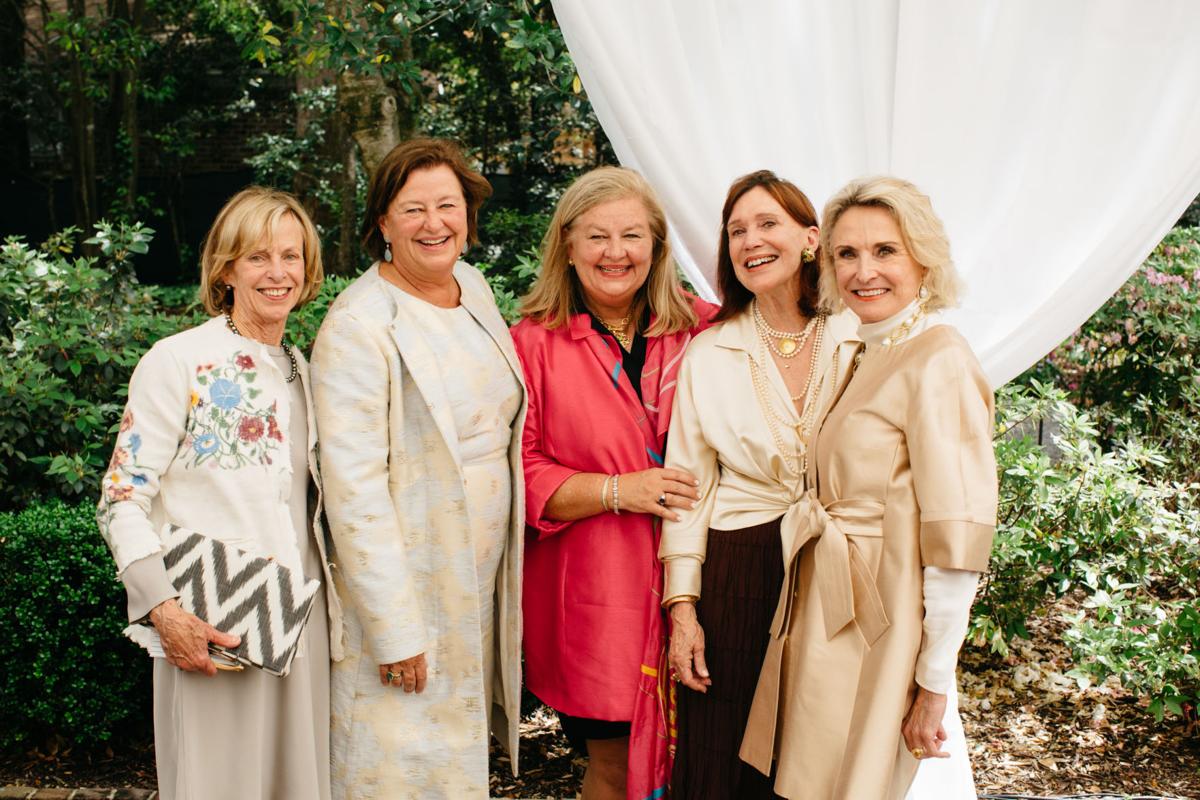 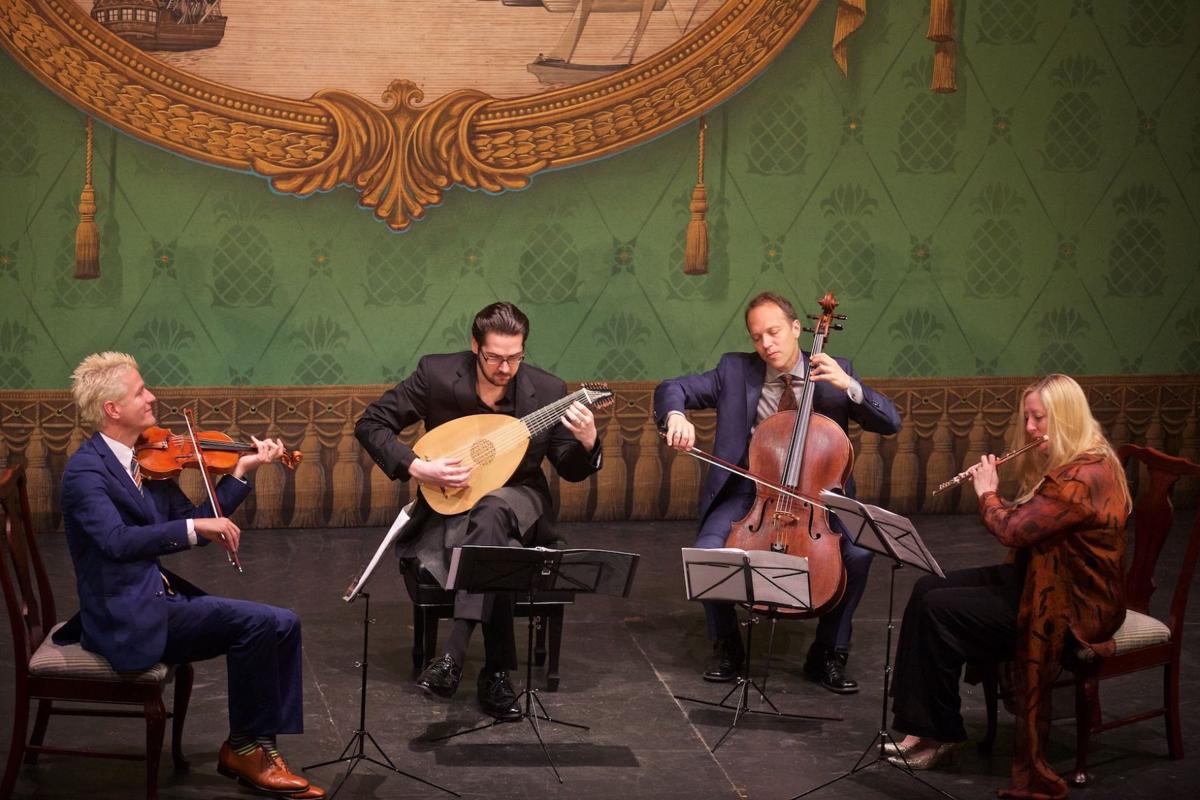 Spoleto Festival USA's Chamber Music Series has been a mainstay of the festival since its founding in 1977 and has received generous support from Charleston residents Joseph "Peter" and Evelyn "Patti" McGee. File 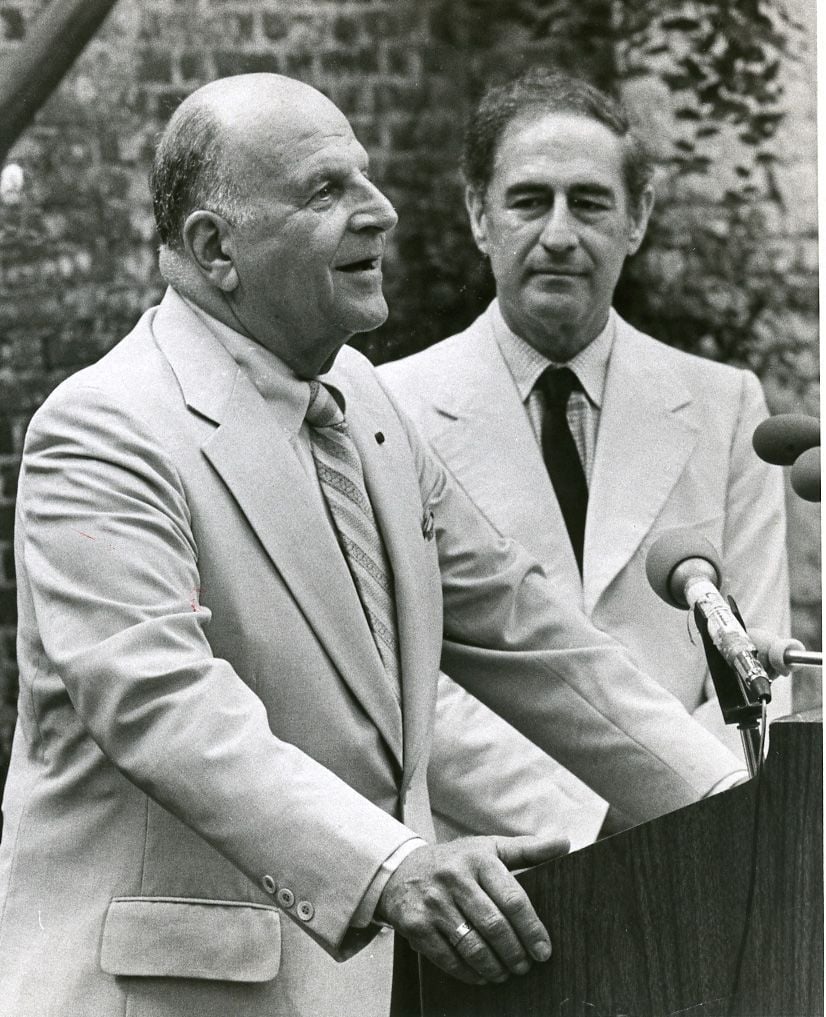 Mayor Joe Riley and Charles Wadsworth attend the opening of the opera "The Queen of Spades" in 1977. It was the first year of Spoleto Festival USA and the chamber music series.

Spoleto Festival USA's Chamber Music Series has been a mainstay of the festival since its founding in 1977 and has received generous support from Charleston residents Joseph "Peter" and Evelyn "Patti" McGee. File

In 1977, when I was 12 years old, Spoleto literally landed in my backyard. Our charismatic neighbor Mary Hagerty had whipped up a party to entertain festival participants, taking place at the carriage house she shared with her husband, Robert, that was behind my family's Legare Street home.

To this day, the Hagerty house enjoys prime terrain in my recollections of a singular Charleston childhood. I still see vividly the chic sweep of its black-and-white parquet floor, its mind-opening mix of religious art with the wildly imaginative works of their son, the artist Duke Hagerty, its free-range exotic birds that tweeted and flitted from open cages in the kitchen.

Mrs. Hagerty, as I knew her, had urged me to join the merriment that night. Mind you, I was a legitimate partygoer, as I had snagged a spot in a children's choir formed for the festival's production of the opera "The Queen of Spades," singing along with the Westminster Choir.

In the nighttime garden, Mrs. Hagerty darted about in a necklace fashioned from some swirl of glowing plastic. Spotting me, she whisked me to Joshua Logan, the famed director who co-wrote "South Pacific," perhaps in town at the behest of festival founder Gian Carlo Menotti. He amiably chatted with me while snacking.

Then, a gregarious Westminster chorister talked shop with me, promising to send a postcard from their next stop in Spoleto, Italy. He delivered on that promise. An Italian vista with a fancy stamp remained on our refrigerator for years.

Susan "Susu" Ravenel, another guest at that party, lived at 9 Legare, where she also frequently threw open her doors for festival artists. She recalled on the StoryCorps series how the Hagerty party had started with little more than one ham, until other Charlestonians brought over what they could to supplement it.

Ravenel, an emeritus board member of Spoleto Festival USA, has been an ardent supporter of the enterprise since those burgeoning days when the then-sleepy, far-from-glitzy city took in and utterly embraced both the fledgling festival and its artists.

In a Charleston with few hotels, even fewer restaurants and no such a thing as an Uber, it was up to the locals to arrange for any beds (beyond those secured in the College of Charleston residence halls with the help of the college's then-president Ted Stern), ponying up also the much-needed meals, gatherings and rides to the beach or the doctor.

Ravenel once gave a lift to artist Robert Indiana, and, finding him famished, drove him home instead to raid her refrigerator of its freshly fried chicken. Another time, she tossed together an impromptu gathering in her garden to feed 80 Balinese Kecak dancers, who demonstrated their gratitude with a performance on the spot, emerging from bushes and leaping from chairs.

"We knew it was important to bring it to our doorstep," said Ravenel of the festival, explaining that in the 1970s many arts lovers in Charleston had to travel elsewhere to New York or Europe for a similar arts fix.

It mattered not whether the host was up on the nuances of the contemporary choreography or South African theater. According to Ravenel, their Charleston supporters embraced and championed each artist, regularly belying the city's reputation for intolerance.

While many among their most devoted supporters didn't boast a fancy arts position, given the scant opportunities for such roles, they brought to the table something perhaps more crucial. They understood well the level of hospitality that it would take to transform an American version of Menotti's Italian arts festival into a globe-trotting, cross-cultural, multidisciplinary and perennially beguiling Charleston event.

As it happened, that alchemy of arts and locale allure worked, and worked well. Spoleto Festival USA quickly rose to the top of the heap as the place to partake of, and to partake in, the arts.

What's more, the early Spoleto supporters often did so on modest budgets, an ideal skill set for an artistic upstart. Mitchell Crosby, founder and president of JMC Charleston events company, started working as a volunteer with the Spoleto box office in 1984 and was involved with Spoleto in some capacity for the next two decades.

After all, Crosby observed, the city had limped along for decades with limited means, often entertaining with little more than a cookbook and a silver platter. To throw a party, he said, they frequently combined efforts, choosing a recipe and divvying up the quantities among them to collectively power one party.

"This was a moment of cultural need," said Crosby of Spoleto's arrival. "They pulled from their roots because they knew they could do it."

Evelyn "Patti" McGee, along with husband Peter, hosted an artist reception following the majority of the chamber music concerts. They did so day after day, each morning and afternoon, in their courtyard garden, which happened to be next door to the Dock Street Theatre on Church Street.

A 16-year-old violinist by the name of Joshua Bell attended with his parents. Yo-Yo Ma was a regular early on, and from their own courtyard, the McGee's forged a lifelong friendship that has continued with their son-in-law, Stephen Colbert, who has hosted him on his television show.

"Charles Wadsworth really liked Castleberry's barbecue," McGee recalled, referring to the longtime former artistic director of the chamber music series, so each year, she made sure to order it from her wholesale food connection.

There was wine donated from Pearlstein family. There were countless cheese biscuits and whatever else her able friend Eliza Cleveland brought. McGee herself trimmed the crust off so many tea sandwiches she then made bread pudding from the trimmings every year. As for her husband, Peter, he swept the courtyard each morning before leaving for the office, unless summoned home to meet an artist.

For the McGee's, it was win-win. The artists got a chance to relax between performances, and to get to know the city and its people, while it also enriched the family's lives significantly.

"It went both ways," she said.

Your mother can't recall your name. Why can she nail the words to 'Jingle Bells'?

There were many others fueling the welcome wagon, too. There was Mary Ramsay, who galvanized locals around Mayor Joe Riley's vision. There was Sallie Duell and there was Judith "Judy" Vane, a theater lover who opened her South Battery home time and time again.

Former board member Bessie Hanahan was a ubiquitous presence in the 1980s, heading up an entertaining committee when she served on the board. Denise Barto launched the longstanding Spoleto auction.

The never-ending cheese biscuits may be long devoured. However, the impact of those efforts continues. While living in Dublin in 2003, I attended a dinner party with an Irish actor chuffed at getting a role in a Gate production headed for Spoleto. In the Dublin theater scene, he explained, it is quite a coup to get a Spoleto gig due to reports of the red carpet rolled out for its artists.

Here in Charleston, I frequently learn of festival artists, from beloved choreographer Robert Ivey to Charleston Symphony music director Ken Lam, who were sufficiently charmed at Spoleto stints to make Charleston their permanent home. These artists continue to elevate the local arts scene.

What's more, Spoleto's synthesis of grand ambition and world-renowned hospitality remain an essential part of the festival's DNA, attracting artists, patrons and donors alike. And it is a standard that can be traced back to a few enterprising Charleston women who fervently championed the arts, rolling up their sleeves and opening their homes to do so.

Lest we forget, at Spoleto Festival USA, it all started with a ham and a prayer.