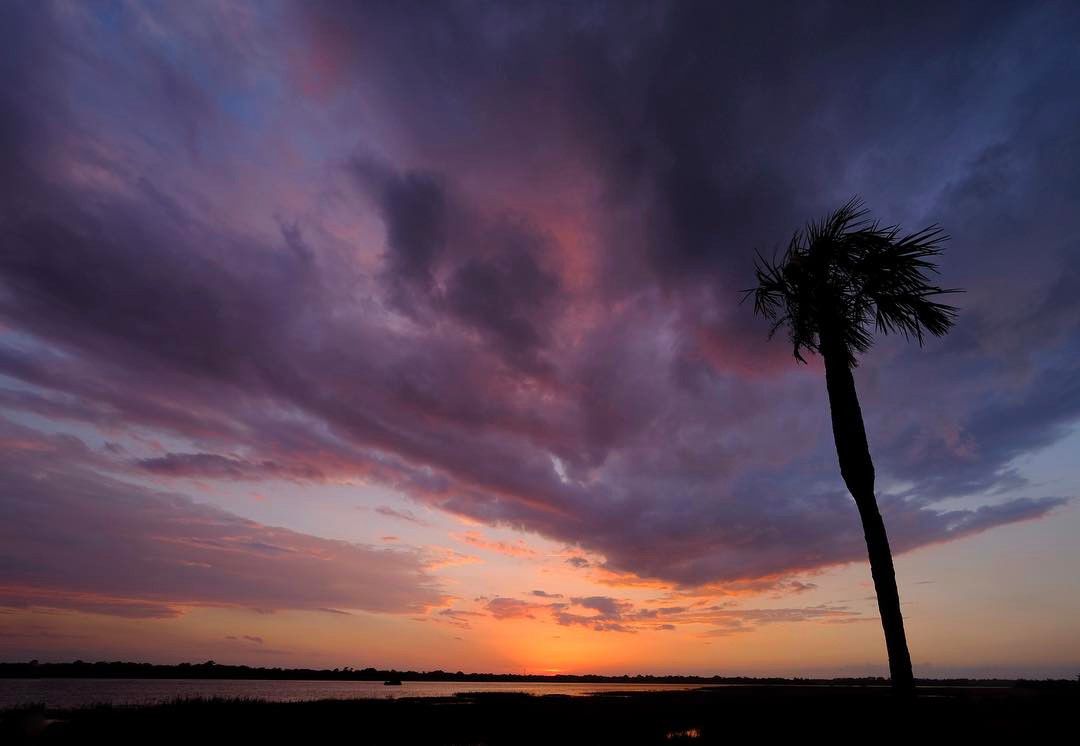 The sunset puts on a show at Brittlebank Park in Charleston. Aging for Amateurs columnist Bert Keller fell in love with the city when he first arrived on Labor Day weekend 50 years ago. File/Matthew Fortner/Staff 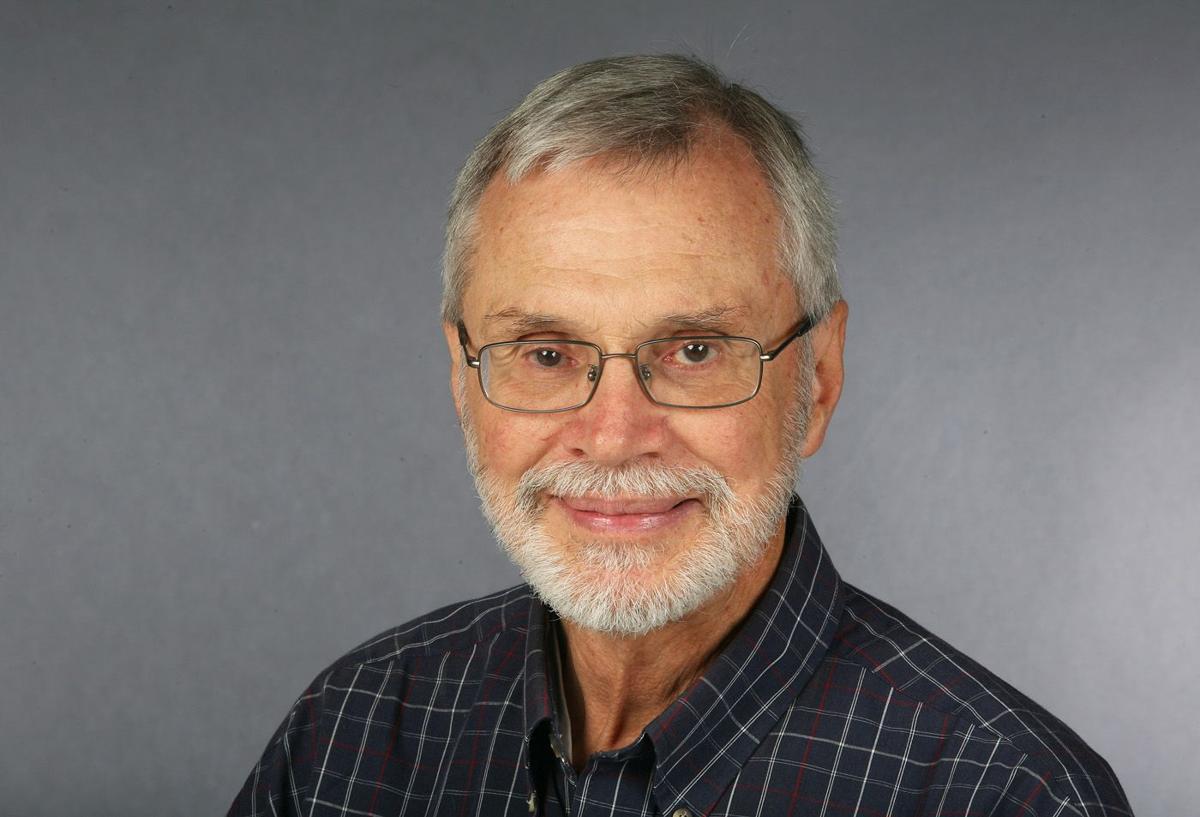 Every now and then, a day leaps off the calendar and cannonballs into our pool of memory.

Labor Day 2019 is such a day for me. If you will bear with some personal history: 50 years ago today I pulled my U-Haul into Charleston. With short exceptions, I’ve lived here ever since. Full confession: I’m a “comyeah," not a “binyeah."

Charleston was a different city in 1969. The limo from the airport (when I came in July to interview for my job) exited the brand-new Interstate 26, rolled down sleepy King Street and deposited me in front of the Francis Marion Hotel. I looked around and asked the driver, “Which way is the city from here?”

“You are smack dab in the middle of it,” he said.

Charleston was old and elegant and I was disposed to love it. I found a flat on Savage Street, which runs south from Broad. After church one Sunday at First Scots, a very proper lady asked where I lived. I told her and she replied, “Oh Mr. Keller, you’re an SOB!”

I was shocked and blurted out, “What gave it away?”

What was that mystical element — tradition? aging? — that made the city seem always just beyond, just deeper than my grasp? What meanings were the rivers and old harbor holding?

And why could I understand scarcely a word spoken by the janitor of the building I worked in, Moses Washington, who had lived around Charleston all his life?

Aging for Amateurs: What a Celtic harvest festival can teach us about new season of life

So Charleston welcomed me but also eluded me — like any new friendship with a larger-than-life personality. As Tristan Gooley said in "The Natural Explorer," “The city is the most enigmatic character that we will meet in our travels.”

I was ready to fall in love with the conundrum called Charleston.

The city showed me her best face — and in those days without trying so hard. There were stately, genteel houses from another era softened by massive live oaks draped in Spanish moss; church steeples and bell towers broke the leafy skyline; narrow lanes invited meandering and hinted at discoveries. Charleston is a Gracious Lady who has aged very well, I thought, her lines both handsome and full of character. How lucky I was to be here!

Gradually, another side of the city came into focus. I arrived about a month after the hospital workers' strike that summer, an event that exposed a sharp racial divide cosmetically covered by politeness and familiarity. It was also to a large extent a “have/have not” divide. I had come from Birmingham, Alabama, where I had grown up with a harsher reality of racial separation and violence.

Charleston seemed like peace and order by comparison. But experience in my home town and three years in distressed Kisangani, Congo, before arriving here, taught me to look under the surface for a more complex reality. Lovely Charleston had its underbelly: systemic racism.

The other fact that gave Charleston a sharp edge, in my experience of it, was its pervasive military culture. Those were the Cold War years and nuclear weapons bristled up and down the Cooper River. Our country was fighting in Vietnam, and the war god Mars gave a militant persona to the city I had greeted as a gracious lady.

My infatuation with this complex city grew as we became better acquainted. Hurricanes off the ocean exposed its vulnerabilities and tenderness, as well as its resilience learned over a nearly 300-year history. I moved to a house scarred by the earthquake of 1886 in a neighborhood that had been wiped out by fire before that. The city was vulnerable and tough. And some of its institutions also witnessed my own cranks and tantrums and helped me get beyond them. We dropped our defenses and grew in each other’s company.

Aging for Amateurs: Are you dehydrated?

There are streets every city hides and hopes we won’t find. And there are streets whose comfortable familiarity gets disfigured by prosperity. And some streets start to billboard to us that our City by the Sea is at acute risk from the climate crisis. Half a century of walking them makes all those streets visible to us.

As much as its streets, the city is its spaces. Vacant spaces, parks and playgrounds, long views over expanses of water. Spaces both within and beyond the city.

Thoreau believed that a city is redeemed not by its inhabitants but by the swamps and woods that surround it.

We live in a city that keeps our senses alive. The smell of pluff mud and the muck of horses, tough roots of the urban forest breaking through sidewalks, the closeness of shadowy swamps and bright marshes and beaches, the taste of fresh shrimp and oysters, and yes, the sounds of jet planes and rush-hour traffic, all bind us to the world we live in. Our city’s sensory environment is as significant as our built environment and history in shaping us who live here.

Three years ago, Bill Simpson and I chose “Aging for Amateurs” as the title for this column. "Amateur" means "one who loves" and conveys also the sense of not being jaded, but having a beginner’s mind, seeing afresh. We wanted to convey that people in the later season of their lifetime can be in love with life and approach what aging brings them with a fresh, innovative mind.

But our city is also aging, and we can write columns for her, too, and wish her to love life, to hold on to the things that make life good, and to undertake civic old age with a fresh and innovative mind.

I quote Tristan Gooley once more, who said: "We grow old together, wrinkles appear in its face, but the city is still youthful in its heart. The green grimace of the war-hero statues no longer match the feminism and pacifism that beat through the city. We give each other space."

The other day I was waiting for a haircut when an old guy (about my age) walked down the sidewalk and tapped on the plate-glass window. My barber gave him a smile and a wave and he went on. Small graces like that make a city a hometown. In 50 years, I’ve received a million of them.

Aging for Amateurs: Should we all be going gluten-free?

Today, as traffic whizzes by on rural two-lane highway, the site is a solemn place of reflection and a sobering reminder of the unpleasantness of the past.

Aging for Amateurs: The secret of managing our professional decline is friendship

A lot of research has been done on what is called “professional decline." Boston College’s Center for Retirement Research looked at a wide variety of jobs and found significant degrees of age-related decline in performance.

Aging for Amateurs: Are we being good ancestors?

The climate emergency threatening all future generations, to which our generation has contributed so heavily, demands that we start being better ancestors right now. Now is the time.

Aging for Amateurs: November speaks of our natural descent into another form of life

Bert Keller thinks that November is the most contemplative month.