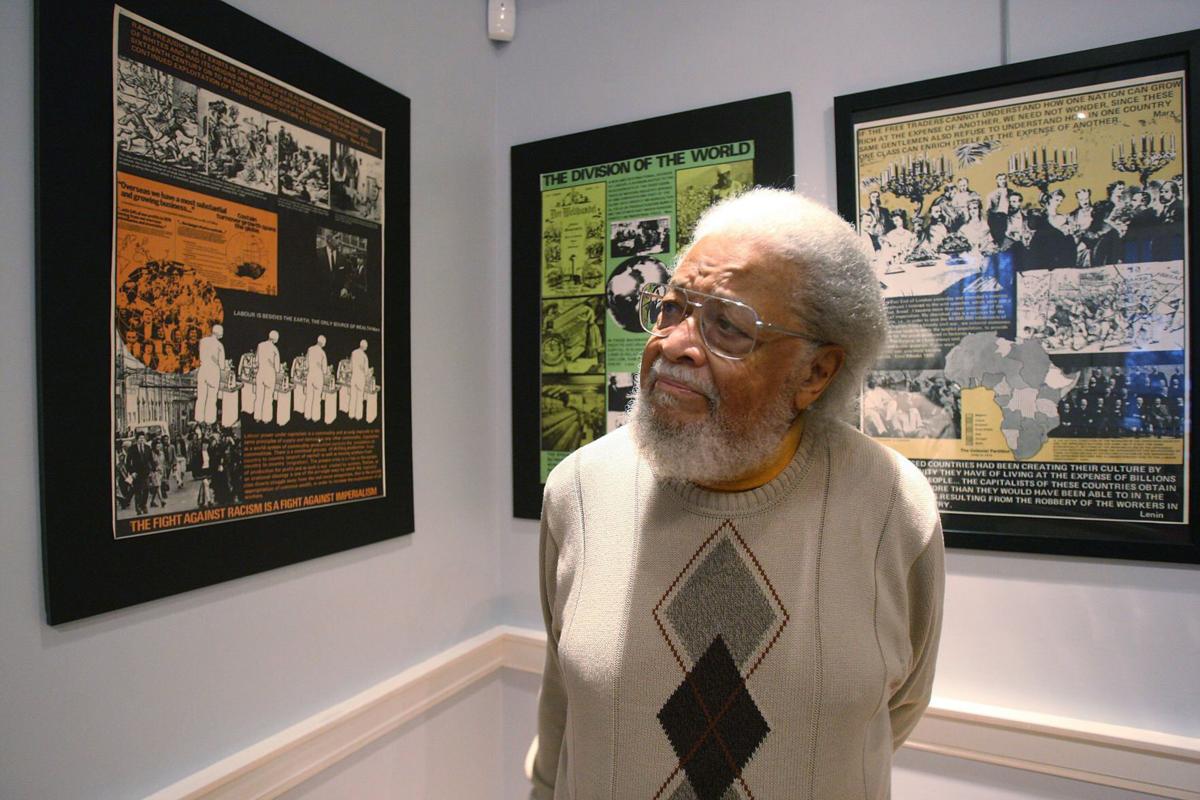 James Campbell, pictured in 2016, donated his collection of papers to the Avery Research Center. File/Staff 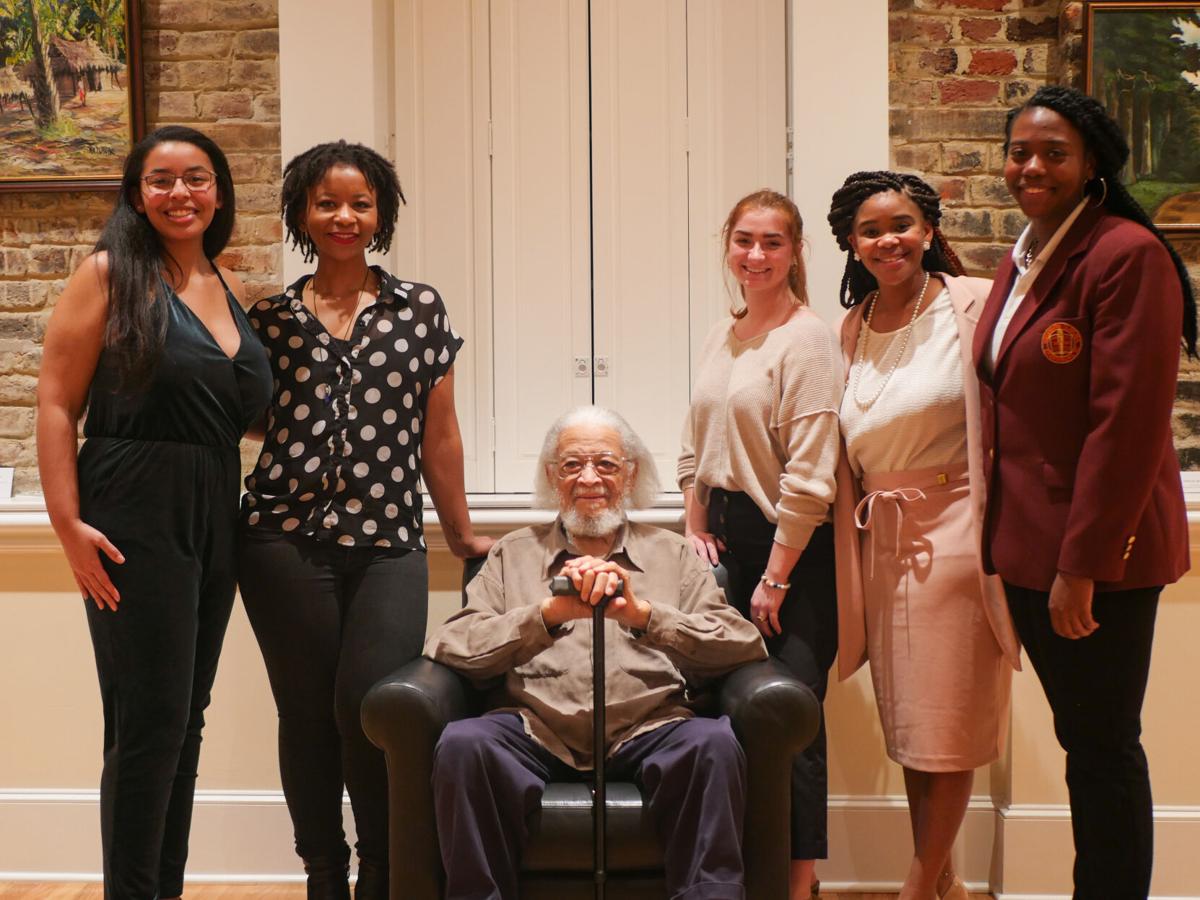 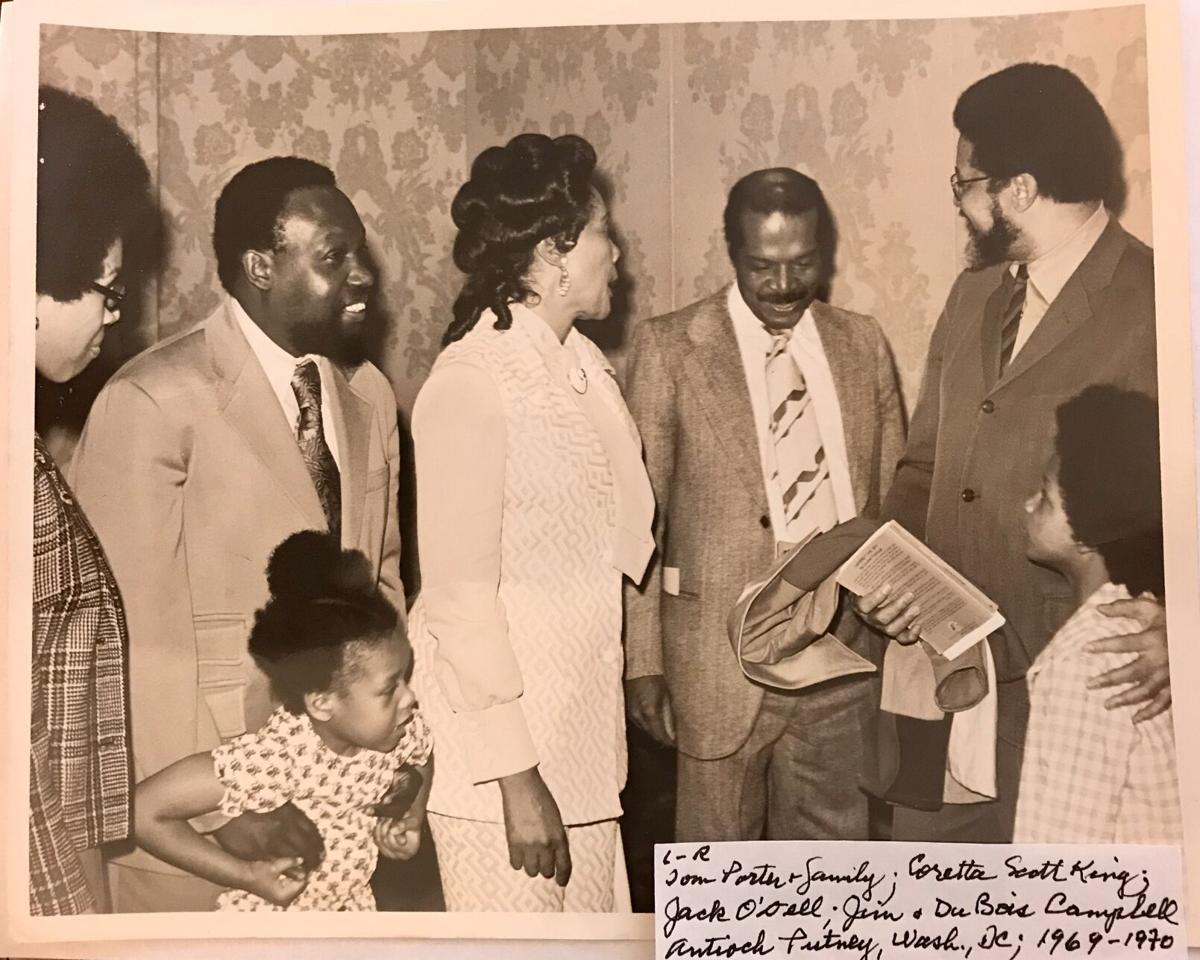 James Campbell (right) and his family in 1969 with Coretta Scott King (center) and Jack O'Dell (second from right). File/Provided 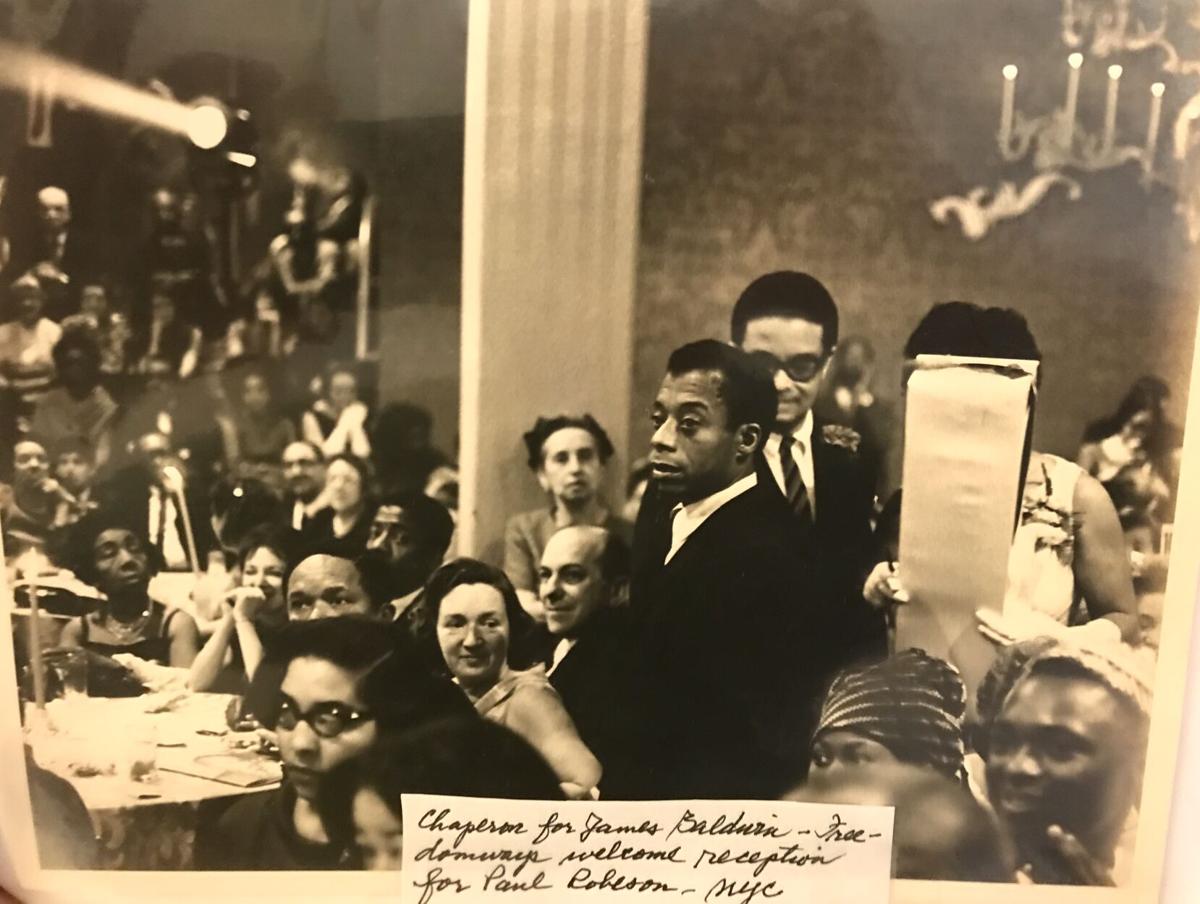 James Baldwin at a reception in the 1960s for singer-activist Paul Robeson in New York City. James Campbell, pictured behind Baldwin, was the author's chaperone that evening. File/Provided

James Campbell, pictured in 2016, donated his collection of papers to the Avery Research Center. File/Staff

James Baldwin at a reception in the 1960s for singer-activist Paul Robeson in New York City. James Campbell, pictured behind Baldwin, was the author's chaperone that evening. File/Provided

James Campbell was a man who harvested his long, fruitful life like a farmer harvests a good crop. In old age, he knew how to reap the beneﬁts of a life he had invested in good friendships, useful work and active participation in the momentous historical trends of his lifetime. How he embraced his old age ﬁlls the metaphor of “harvesting” with meaning.

When I ﬁrst met Mr. Campbell (I called him Jim) almost 30 years ago, he had retired from a career in education in New York City, Tanzania and New York City again. In 1991 he had come back to his hometown which, lucky for us, was Charleston. He died this January in his 96th year.

Harvesting a life means remembering, cherishing and telling the stories of one’s lifetime.

Energy ﬁlled the room when Jim recounted his layered experience growing up as a Black child in Charleston neighborhoods and of his later engagement with the civil rights and labor movements in New York City. There he had befriended and collaborated with legendary leaders and foot soldiers working for social change. He savored their personalities and absorbed their lessons. He made commitments, stuck with them and deepened in character from following through in the face of resistance.

Aging for Amateurs: Having gratitude in the stormiest of weather

When Jim came back home to “retire,” he oﬀered his fund of experience in strategic ways. I knew him when he volunteered as the community member of the MUSC Bioethics Committee. He wanted to make sure that the African American community had a voice and advocate where health care decisions were deliberated.

He became a strong advocate for the mission of the Avery Institute. He was a mentor and champion of Black students studying their history. His steady ﬂow of emails called a wide army of friends to join his life’s work for economic and racial justice. Reﬂecting his earlier love for the theater, he supported the theater community in Charleston. Harvesting a life, he showed us, recovers and completes earlier ventures: Retirement is not a season for sinking into idleness.

People who knew Jim were impressed by his warm humor and gentleness but sensed a banked ﬁre, a ﬁerce resolve, underneath. I learned from him about anger. There was a subtle blaze in Jim that kept him awake and passionate. He had dealt with the oppressive demons of Jim Crow. Anger woke him up and he refused to repress it into indiﬀerence or victimization. He controlled and released it in ways that were powerful, liberating and society-changing. He used his ﬁre like an engine does.

Adam Parker told James Campbell’s full story in this newspaper on Jan. 31, 2021. This column aims simply to lift out from that story the age-related art and aptitude of harvesting one’s life — and to hold that up as the way elders can self-aﬃrm that our lives have meaning. That we have contributed to others and to the world. And that coming to the end of the day we can say, “It is good.”

James Campbell, an educator devoted to the intellectual side of civil rights, dies at 95

Having conﬁdence enough to make those three aﬃrmations is the key to harvesting. That’s not easy. All of us have left dreams unfulﬁlled. Our trail is littered with mistakes and messes. But those are the times we learned something important, aren’t they? The stories we pass on draw their realness (and their humor) more from our screwups than our successes. Our struggles to ﬁnd our way have been worthwhile; our diﬃcult relationships have been rich; our hard work has been honest and not in vain. When we own our story on those terms, we are harvesting our life.

I learned this partly from Jim’s example. He had no false humility. His wisdom was acquired on the ground, not in the clouds. He was never boastful but had the bearing of a person who knew who he was and felt at home with himself. Shortly before he died, Jim sent a note asking if I would write something that could be used in his biography. That’s chutzpah! And yet how honest, straightforward, even humble, to seek acknowledgment, to let somebody help you celebrate your achievements. Jim allowed people to say to him, “Your guidance and support have changed my life. Thank you.” That’s harvesting.

Harvesting means accepting the role of elder in your tribe: to gather your lifetime like a ripened crop and to oﬀer the best of what you’ve learned to the future. Oﬀering what you have learned is like the farmer putting some seed away for replanting the next crop.

In other words, harvesting a life is not just inner work, tending our own garden. A complete harvesting of life includes helping restore, repair and re-invigorate the institutions we have inhabited for many years, so they can become more healthy and robust for the next generation.

Well-seasoned stories do that. They witness to the way things evolved in our day, what works and what doesn’t, what is of value and what ought to be discarded. When oﬀered discreetly as part of our story, combined with the values we continue to hold and ﬁght for, our truths can seed the future. But discreetly! Talk too much about ourselves, the seed gets thrown out.

May the justice and learning James Campbell embodied, taught and struggled to advance in his career and his retirement bear fruit for generations to come.

Here’s the point, elders: Gather your rich life into barns and then have a barn dance, a foot-stomping harvest-home festival! Florida Scott-Maxwell did not use the word "harvest" when she wrote in her mid-80s about harvesting life (“The Measure of My Days,” 1979). But she was singing the same song Jim sang: “You need only claim the events of your life to make yourself yours. When you truly possess all you have been and done ... you are ﬁerce with reality.”

Aging for Amateurs: 'Good living' via tenets of life, liberty and the pursuit of happiness