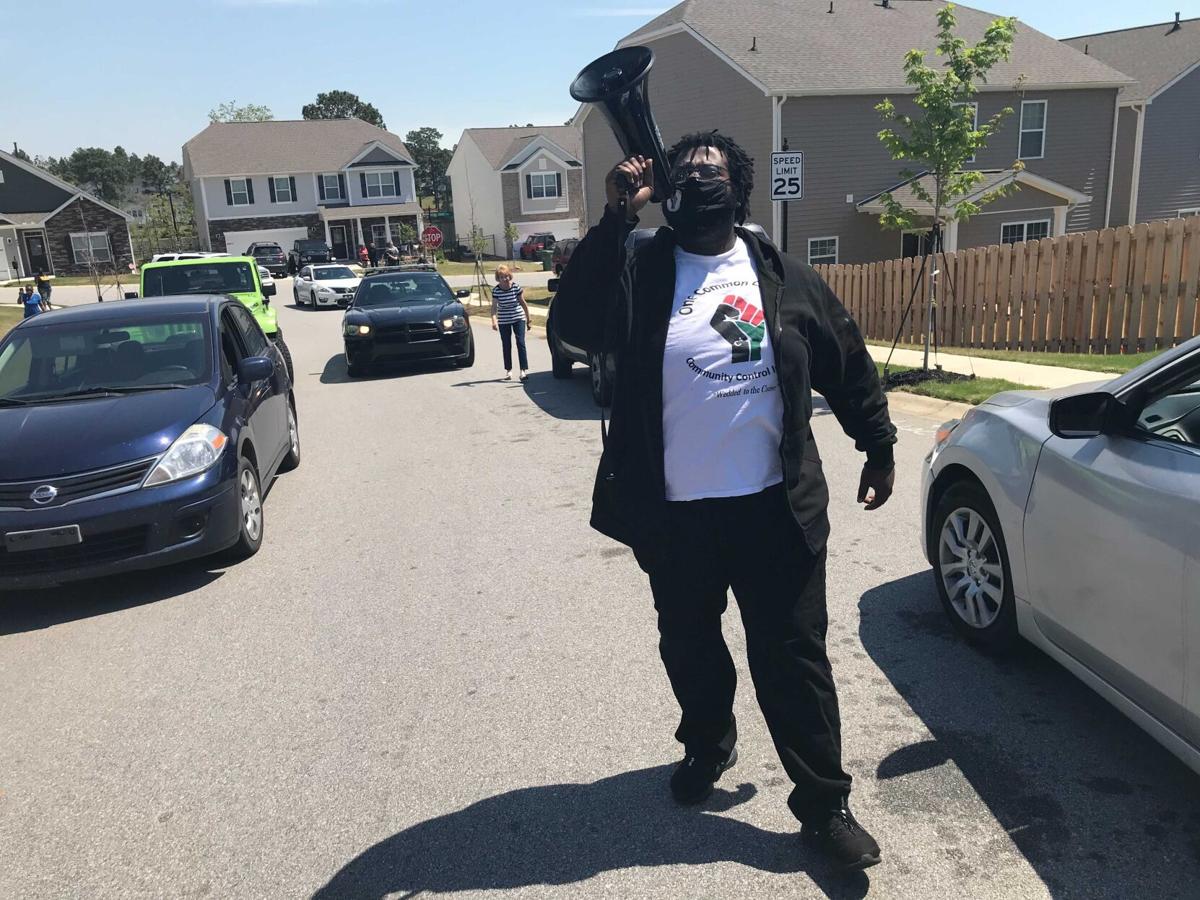 Jerome Bowers, CEO of One Common Cause: Community Control Initiative, joined about 40 protesters April 14 outside the home of a White Fort Jackson soldier shown in a video berating a Black man in The Summit neighborhood outside Columbia. 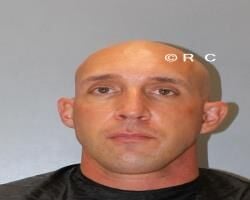 COLUMBIA — A soldier at Fort Jackson has been charged after a video showed a White man berating and threatening a Black man who was walking inside a Richland County subdivision.

A two-minute clip of the confrontation spread across social media over the past two days, sparking protests in the neighborhood where the men clashed and triggering angry responses from lawmakers as the country grapples with race relations.

"What else has to happen? It’s like a ticking time bomb," state Sen. Mia McLeod, D-Columbia, said during an impassioned speech from the Senate floor April 14. "We have to decide right here, right now, whether we’re going to move forward in 2021 or we're going back to 1921."

Jonathan Pentland, who according to online records is an Army sergeant stationed at Fort Jackson, was charged April 14 with assault and battery in the third degree and released without posting bond, according to Richland County Sheriff's Department and court records. The charge is a misdemeanor punishable by a fine of up to $500 or 30 days in jail.

Richland County Sheriff Leon Lott called the confrontation "disturbing" during a news conference about the incident in The Summit, a large and diverse neighborhood in Northeast Richland.

"It was terrible," Lott told reporters about when he first saw the video. "It was unnecessary."

The U.S. Department of Justice also is looking into the confrontation, Fort Jackson said.

"The leaders at Fort Jackson in no way condone the behavior depicted in the video posted recently," Fort Jackson Commander Brig. Gen. Milford Beagle said in a statement. "This action deeply impacts our community — the neighbors in the Summit, the city of Columbia, Richland and Lexington counties, and our Army family."

The video clip posted April 13 shows a White man shouting at a Black man less than a foot apart on a sidewalk in The Summit.

The Black man says he was walking and suggested the White man call police. A woman not seen on camera says officers have been called.

"You're aggressing on our neighborhood," the White man says, shoving the Black man. "You better walk away or I'm going to carry your (expletive) out of here."

"I didn't do anything," the Black man says.

"I'm about to do something to you," the White man says. "You better start walking."

Then the White man and the Black man trade accusations over who started the argument.

“You’re in the wrong neighborhood, mother(expletive),” the White man shouts. "Get out. Get out."

"Check it out, we are a tight-knit community," the White man says. "We take care of each other."

The video does not show how the confrontation started or ended.

Pentland told deputies he acted out in fear for he and his wife, according to an incident report. Pentland did not utter a racial slur during the video, and no witnesses have reported him using one.

Shadae McCallum, who lives in the neighborhood and shot the video of the confrontation, said people in The Summit, a network of neighborhoods off Clemson Road, often walk among the various communities and it’s not out of the ordinary.

While on a walk April 12, McCallum said she saw a Black man being confronted by women who accused him of harassing their daughters.

A White man came out from a house and was initially calm but quickly became irate, said McCallum, who then started her video.

McCallum said she stopped recording when two Black women began walking the Black man away from the area and she thought the situation was over.

But after she stopped recording, the White man followed the Black man down the sidewalk, slapped the phone from his hand and stepped on it, McCallum said.

Pentland told deputies he slapped the phone away from the Black man and pushed him, according to the incident report.

Authorities waited more than a day to make an arrest because deputies on the scene didn't have enough information to act on, Lott said. The video helped the case and Lott thanked the person who shot it.

Pentland, 42, was charged with assault because he "put his hands" on the victim, the sheriff said.

As part of his release agreement, Pentland was ordered not to have direct contact with the victim and stay 1,000 yards away from the victim's place of work, home, school or worship.

Lott did not mention any racial component to the confrontation, instead saying, "We're not going to let people be bullied in our community."

Lott said he would not name the victim or discuss anything that led up to the confrontation.

However, on April 13 and 14, the Richland County Sheriff's Department released a statement and incident reports alleging the Black man in the video could have been the same person involved in two incidents in the neighborhood days prior to the confrontation.

A 22-year-old Black man twice put his hand around a woman's waist and picked up a baby without consent, according to incident reports supplied from the sheriff's office.

Later April 14, Lott made it clear the Black man was the victim in the confrontation and is not facing any charges despite any previous allegations.

Asked if the earlier incidents led to the confrontation, Lott said, "There may be some connection to it, but it doesn't justify it."

About 40 protesters showed up outside the home of the soldier around noon April 14, shouting, "This is our neighborhood, too!"

"This young brother could have been another hashtag instead of a living, breathing warrior," Jerome Bowers, CEO of One Common Cause: Community Control Initiative, said during the protest.

Protests lasted into the evening before Pentland's home was vandalized. A window and outdoor light fixture were broken, the Richland County Sheriff's Office said. The family left for another location under police escort.

State lawmakers who represent the area that includes The Summit said the confrontation angered them.

State Rep. Ivory Thigpen, D-Columbia, said, while he understands something might have occurred before the video, "What we did see, in my opinion, was an assault and intimidation."

"Putting race aside, I was infuriated by what I saw as bullying and I loathe bullies," Thigpen told The Post and Courier. "There needs to be clear fact finding, actions taken, hopefully mediation and resolution to promote harmony in the community."