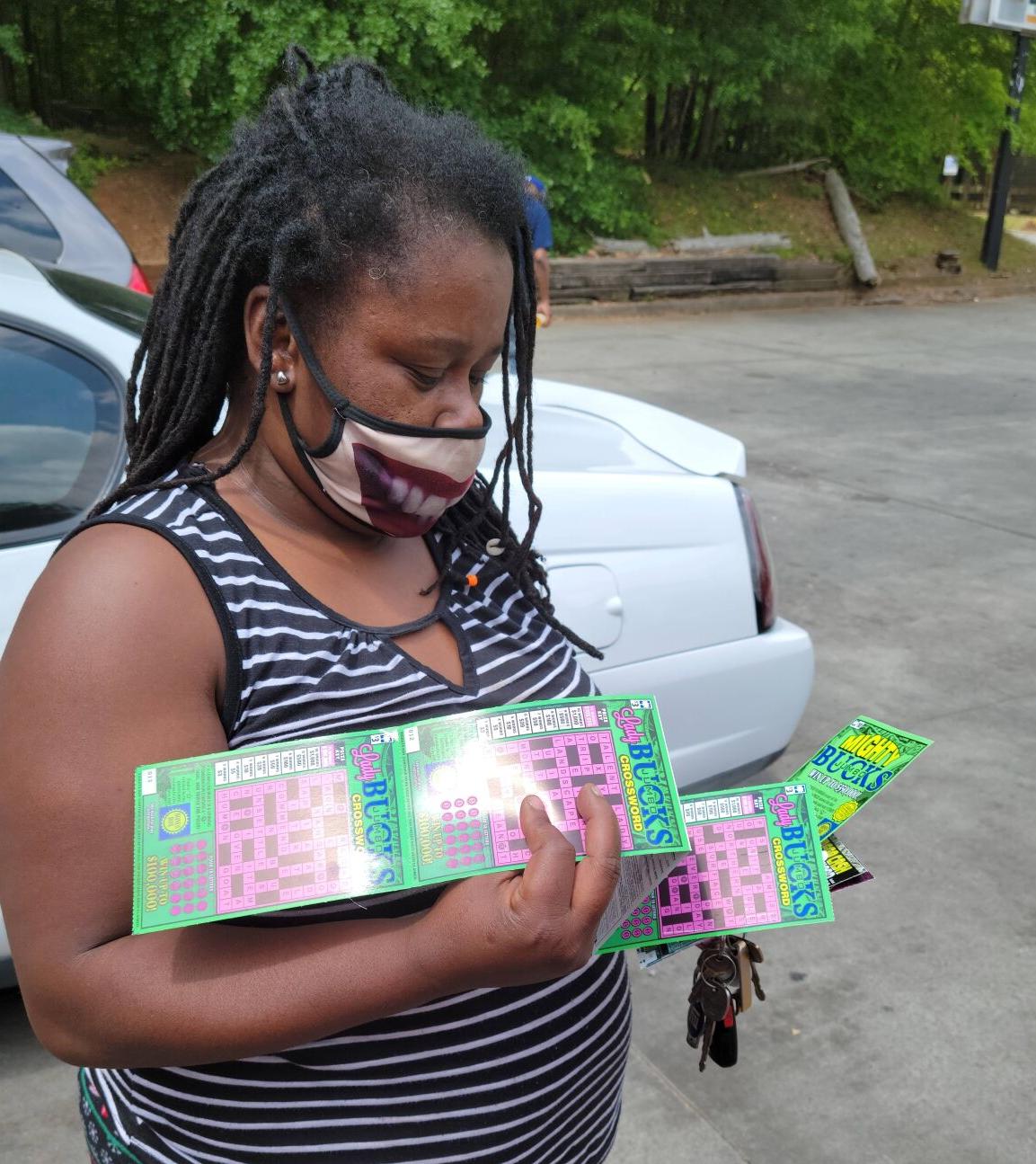 Patricia Outing, of Columbia, looks over scratch tickets she purchased April 29, 2021, from a nearby convenience store. Adam Benson/Staff 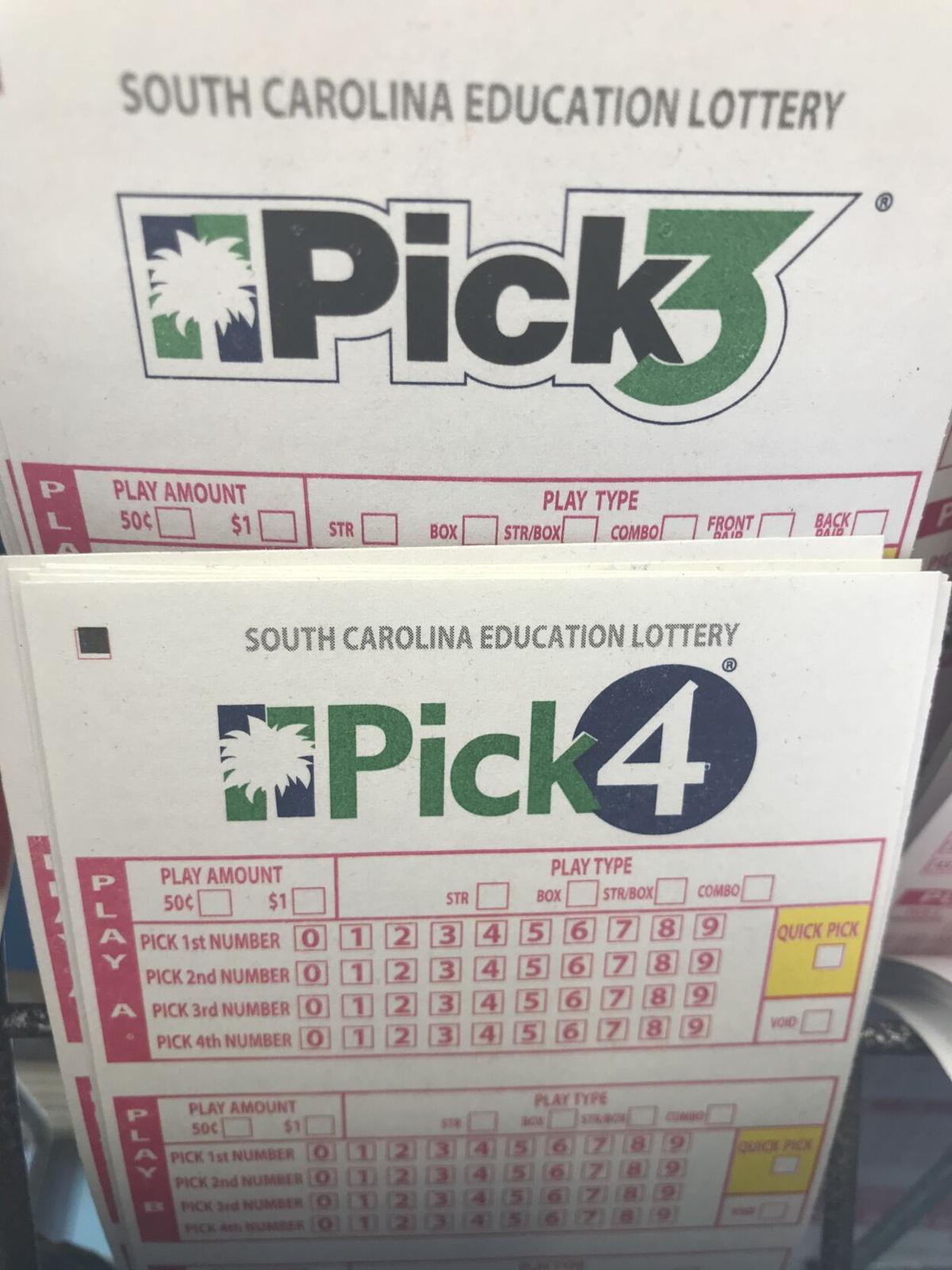 Patricia Outing, of Columbia, looks over scratch tickets she purchased April 29, 2021, from a nearby convenience store. Adam Benson/Staff

COLUMBIA — In this coronavirus economy, Patricia Outing said she's turned to the South Carolina lottery to find some extra cash.

"I play because I need to pay my bills. I got rent, I got a car payment," Outing said outside a Columbia convenience store April 29 while browsing through her handful of recently purchased scratch tickets.

Players like Outing are buying lottery tickets at a record-breaking clip.

Fresh off a year where ticket sales eclipsed $2 billion for the first time, the S.C. lottery is already 15 percent ahead of that record pace this year.

But how long the lottery sales spike will last is unclear.

"It's not going to be a recurring thing, and it's possible that people viewed the money in the stimulus checks really as a one-time bonanza," said Charles Clotfelter, a Duke University economics professor who studies lottery trends. "And so maybe they were more willing to part with that."

Hogan Brown, the commission's executive director, said it's too early for the continued growth to be attributed exclusively to the federal assistance issued since January.

South Carolina credited its strong performance last year to the first round of $1,200 stimulus checks issued last spring, and joins several other states that have seen unprecedented annual growth in their lotteries.

South Carolina sold a record high $2.1 billion in tickets in the year that ended in June 2020, up 6 percent from the $1.98 billion from the previous year.

The lottery's most recent financial reports show that momentum is continuing.

February monthly gaming revenues reached $186 million — a 7.5 percent jump from February 2020, which was a month before the pandemic began, according to the latest data available.

And through eight months of the current fiscal year, collections have passed $1.5 billion. Sales are growing at more than twice the rate than the previous year.

Prize fight: SC man who wants to unmask lottery winners gets a new day in court

With sales surging, South Carolina wants to add a new terminal-based game called Cash Pop in January 2022. If approved by state lottery board members, it would replace the Lucky for Life contest that is being retired in June.

Cash Pop players select a number between 1 and 15, or any combination up to the top digit for $1, $2, $5 or $10 wagers. While used by several other states, South Carolina will be the only one to announce winners via ball machine during twice daily drawings.

A second game called “Big Spin” could go live by Oct. 26 with a scratch ticket, smartphone app and in-person game show element featuring a “The Price is Right”-styled prize wheel event that will be streamed live on Facebook.

The new games are also designed to capture new types of players for the state’s lottery, which plans to issue a demographic study over the coming months.

“The total number of people you’re reaching in the population with your products has been trending up," Scott Morasch, vice president of lottery and gaming at Ipsos who is consulting on the study, told commissioners.

"We’ve seen all of your products increase in terms of broadness in their reach, so the total percent of people who have played is going in the right direction,” he said.

Brown said the S.C. Lottery has spent the past 18 months rebuilding and modifying its games, which helps not only bring in new customers but keep the interest of longtime players.

A new app is also being rolled out that is more user-friendly and lets players scan their tickets through their phones — an often-requested feature, lottery officials said.

“You can’t keep doing the same thing over and over in a dynamic market and expect sales to continue as they have in the past,” Brown said.