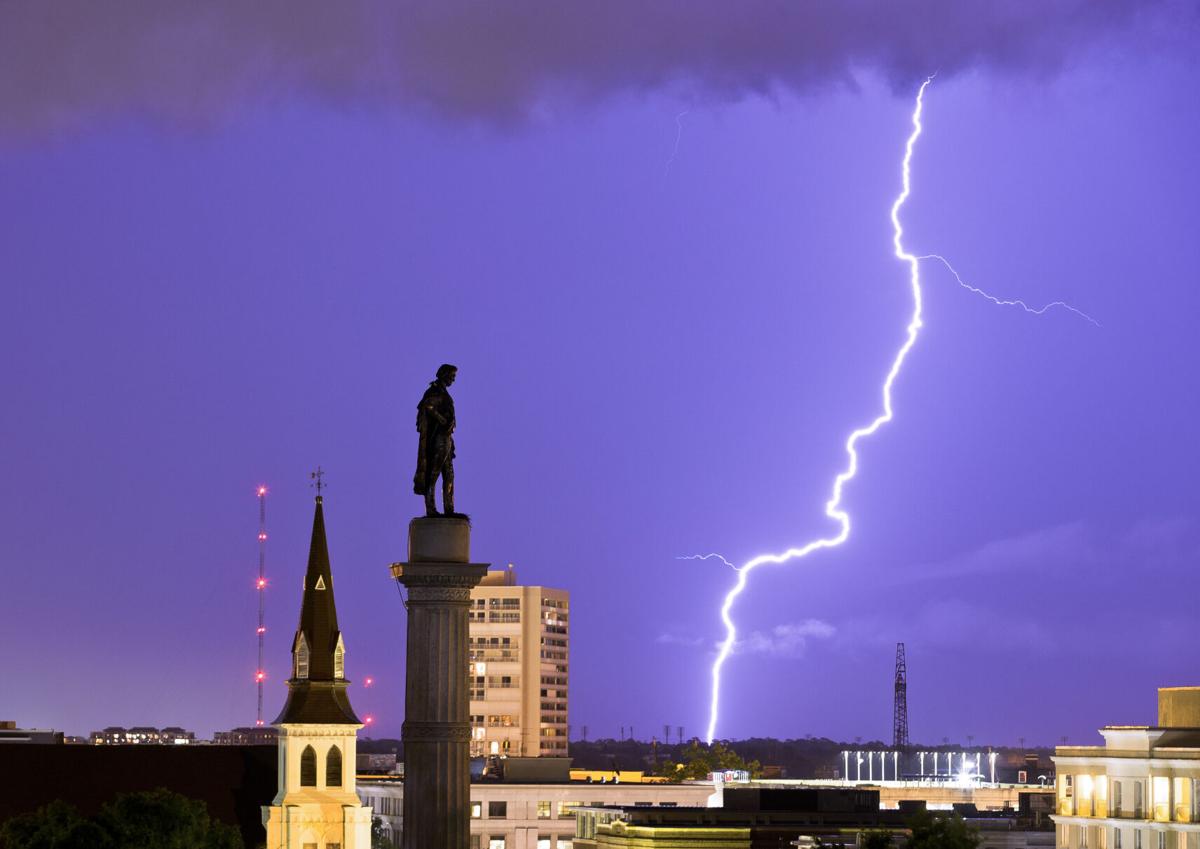 Lightning strikes behind the Calhoun Monument hours after Charleston city council voted unanimously to take down the John C. Calhoun for relocation Tuesday, June 23, 2020. Crews then began work for 17 hours on removing the statue that stood in the center of Charleston since May of 1896. Andrew J. Whitaker/Staff 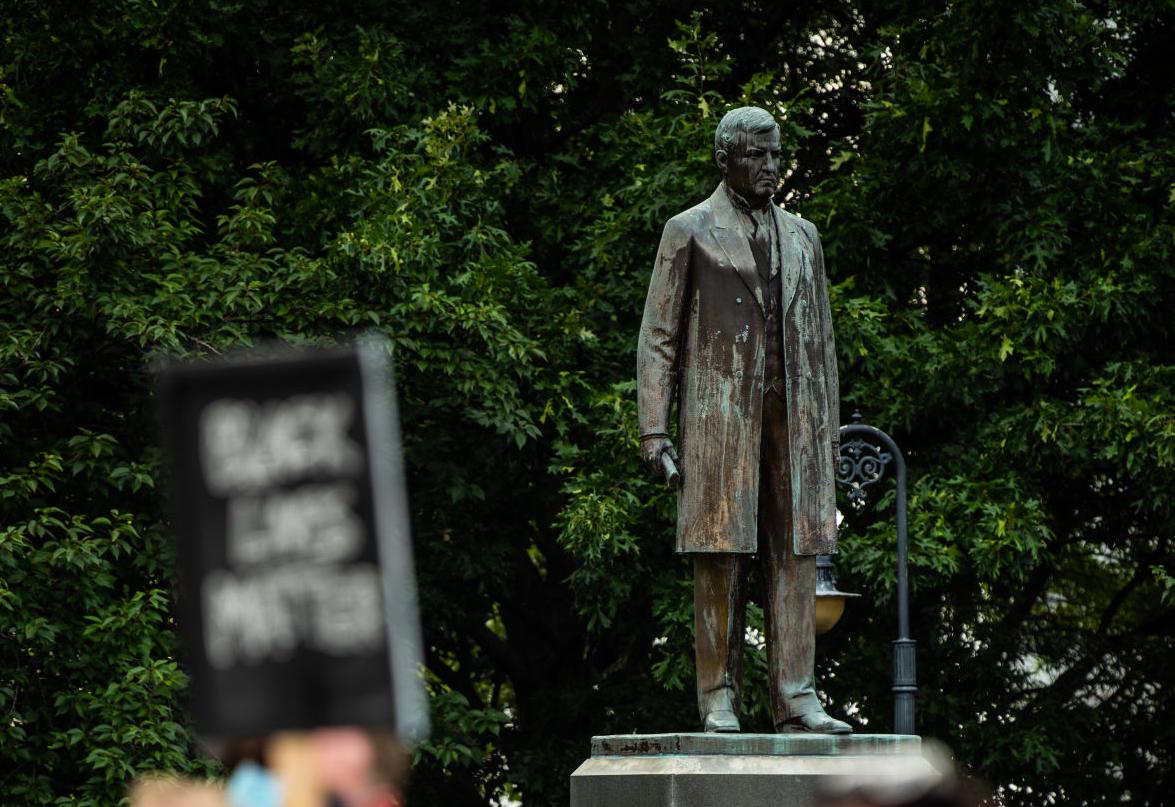 A statue of Ben Tillman stands on the Statehouse grounds in Columbia. 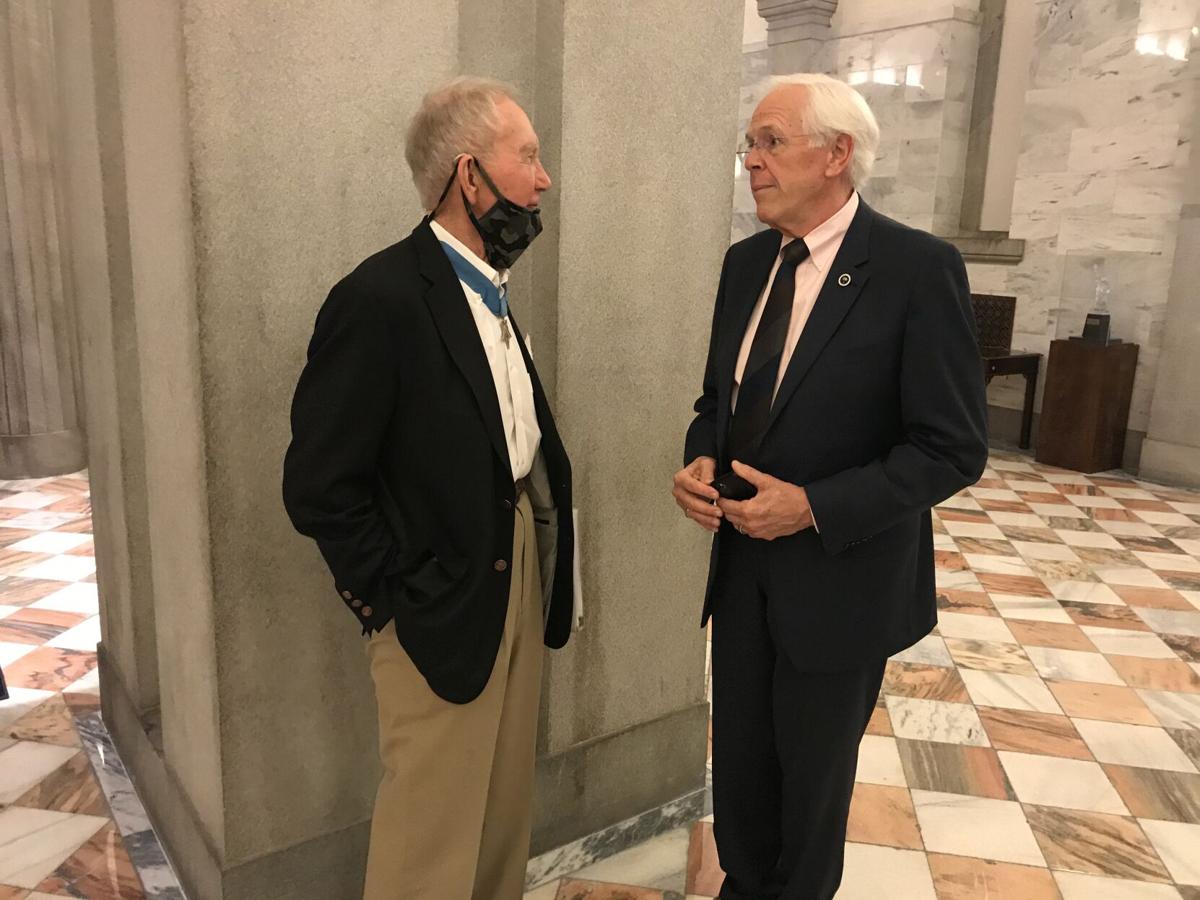 Lightning strikes behind the Calhoun Monument hours after Charleston city council voted unanimously to take down the John C. Calhoun for relocation Tuesday, June 23, 2020. Crews then began work for 17 hours on removing the statue that stood in the center of Charleston since May of 1896. Andrew J. Whitaker/Staff

A statue of Ben Tillman stands on the Statehouse grounds in Columbia.

COLUMBIA — Pushing back against what they called America’s “woke mob,” a group of GOP lawmakers want to protect South Carolina historic monuments and markers and penalize any community or elected official that removes them.

“It’s time to stand up and defend the history of South Carolina,” state Rep. Bill Taylor, R-Aiken, said March 9 at the S.C. Statehouse, where he and several other lawmakers introduced their “Story of America” legislative package, a three-pronged effort at further protecting the state’s monuments and statues.

Punishing cities and towns for removing their statues, Taylor said, may have led to the preservation of a century-old statue of former Vice President John C. Calhoun that was removed in August from its pedestal in Charleston’s Marion Square.

“In South Carolina, our heritage roots run real deep, and they've got to be protected from the small number of people that could cancel out our monuments and pull them down,” Taylor said, who is sponsoring the bills with state Reps. Steven Long, R-Inman, and Lin Bennett, R-Charleston.

"In today's day and age where the woke mob is coming after our monuments from George Washington to Abraham Lincoln to South Carolina's heritage, this is all inclusive," Long said of the proposed state certification of plaques.

“I did not defend this country overseas and send young Americans home to their parents to be where we are at today, and allow us to be defeated at home,” Livingston of Mount Pleasant said at the news conference. “If we are to survive in this great country and pass it along to subsequent generations, we must fortify our foundation.”

Altering any monuments is already illegal under the state’s Heritage Act, a 21-year-old law approved as a compromise for the Confederate battle flag’s removal from atop the Statehouse dome. It pertains to markers commemorating all conflicts from the Revolutionary through the Persian Gulf wars and Native American and Black history installations.

The act also prohibits removal from public property of other flags or memorials for any war, historic figure or event without a two-thirds vote of the General Assembly.

In August, state Attorney General Alan Wilson asked the S.C. Supreme Court to rule on whether the act’s protection of Confederate memorials is constitutional.

Colleges and universities are also hoping lawmakers will allow for changes to building names on their campuses, including Clemson University, University of South Carolina and Winthrop University.

Officials feared that without penalties and a more robust curriculum in schools, revisionist historians would trample over pieces of South Carolina history.

“This is not hero worship,” state Sen. Dwight Loftis, R-Greenville, said at the news conference. “When your teenage granddaughter tells you there are so many people in her high school class that don’t know there are three branches of government, to say it’s hero worship, I hate to hear that.”

State Rep. Seth Rose, D-Columbia, said local government entities are best equipped to decide the fate of markers within their communities. He’s lead sponsor of a bill to remove a statue of former U.S. Sen. and avowed white supremacist Benjamin Tillman from the Statehouse grounds.

“Someone who represents Aiken shouldn’t tell elected officials from downtown Charleston how to do their job and vice-versa,” Rose told The Post and Courier. “It is true history cannot be erased, nor should it be. But elected officials can and should be able to choose not to honor those who deserve no place of honor on public grounds.”

Two of the “Story of America” bills, the ones covering monuments and markers, have been introduced but had no hearings. The bill on teaching founding documents was discussed in a House Education subcommittee on March 9, but no vote was taken.

Colleges seek to rename buildings tied to SC's racist past. Students say it's about time.