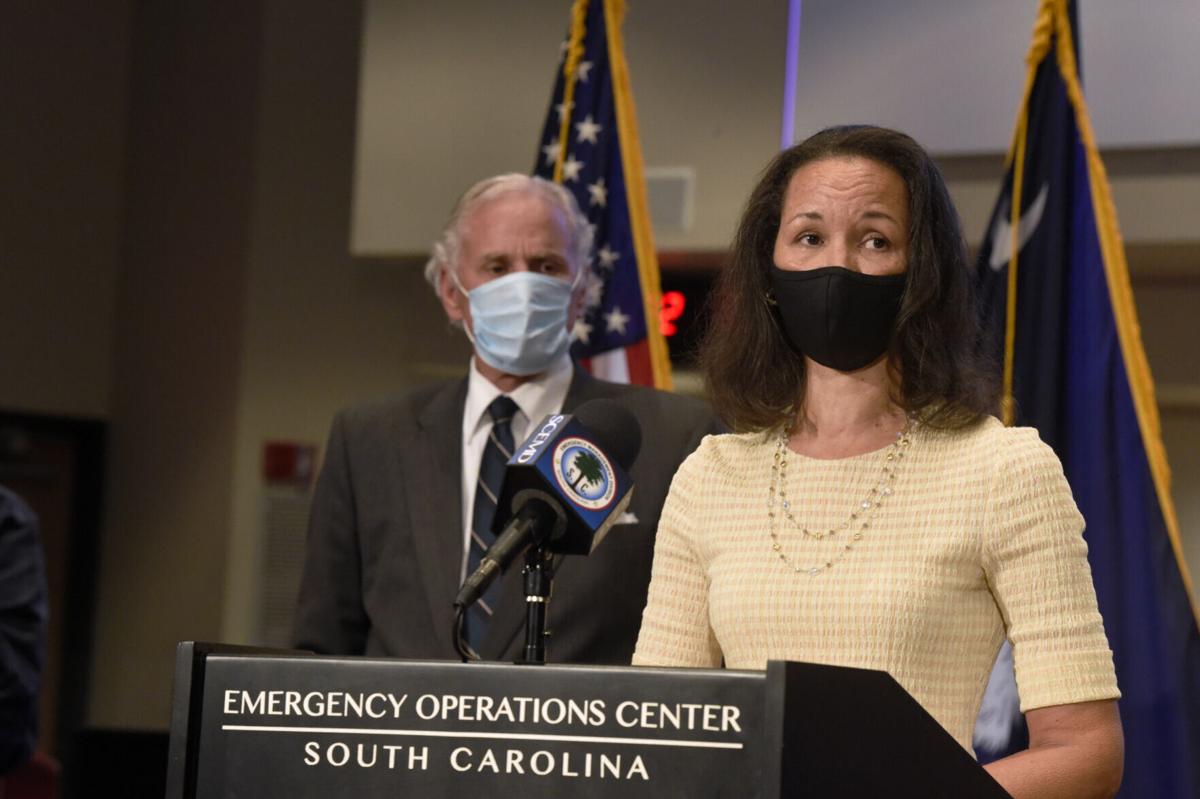 State epidemiologist Dr. Linda Bell has largely disappeared from the public spotlight since crossing swords with Gov. Henry McMaster's office over the state's reopening plans this summer. South Carolina’s public health agency has been without permanent leaders in two of its top positions for months as the state confronts a rising toll from the worst global pandemic in a century. File/AP 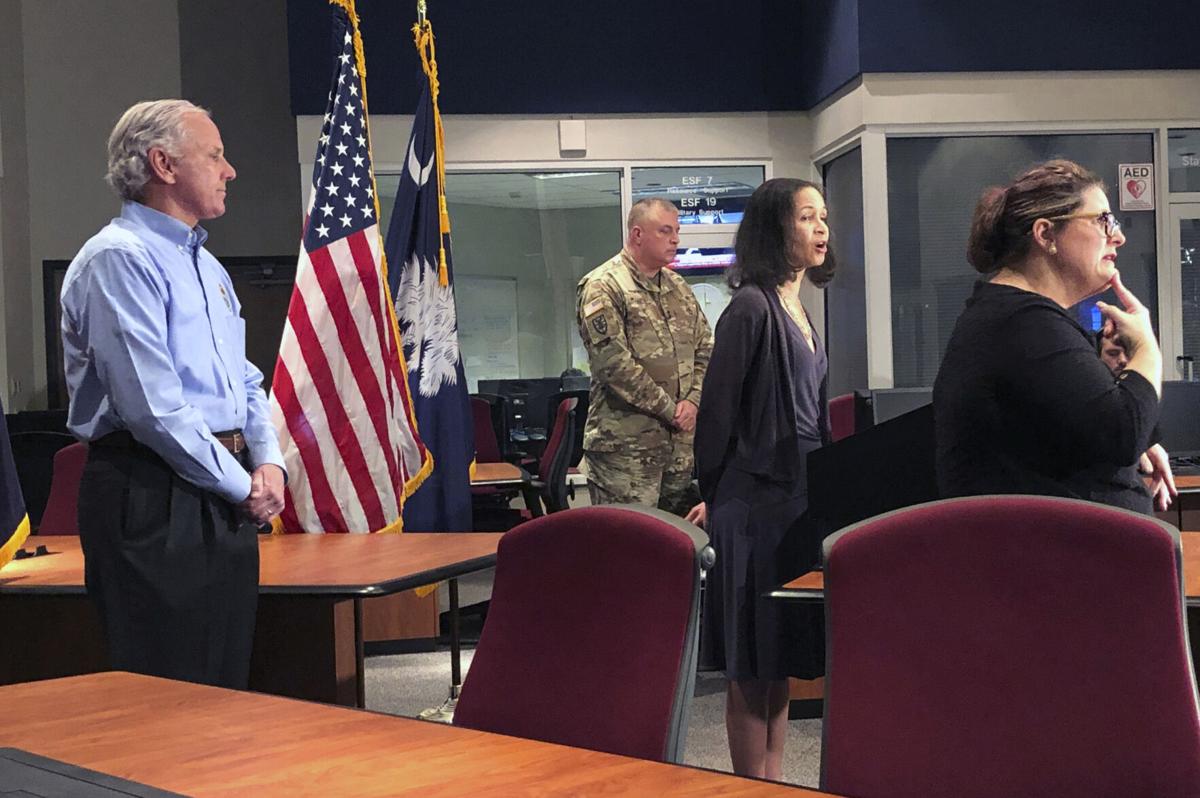 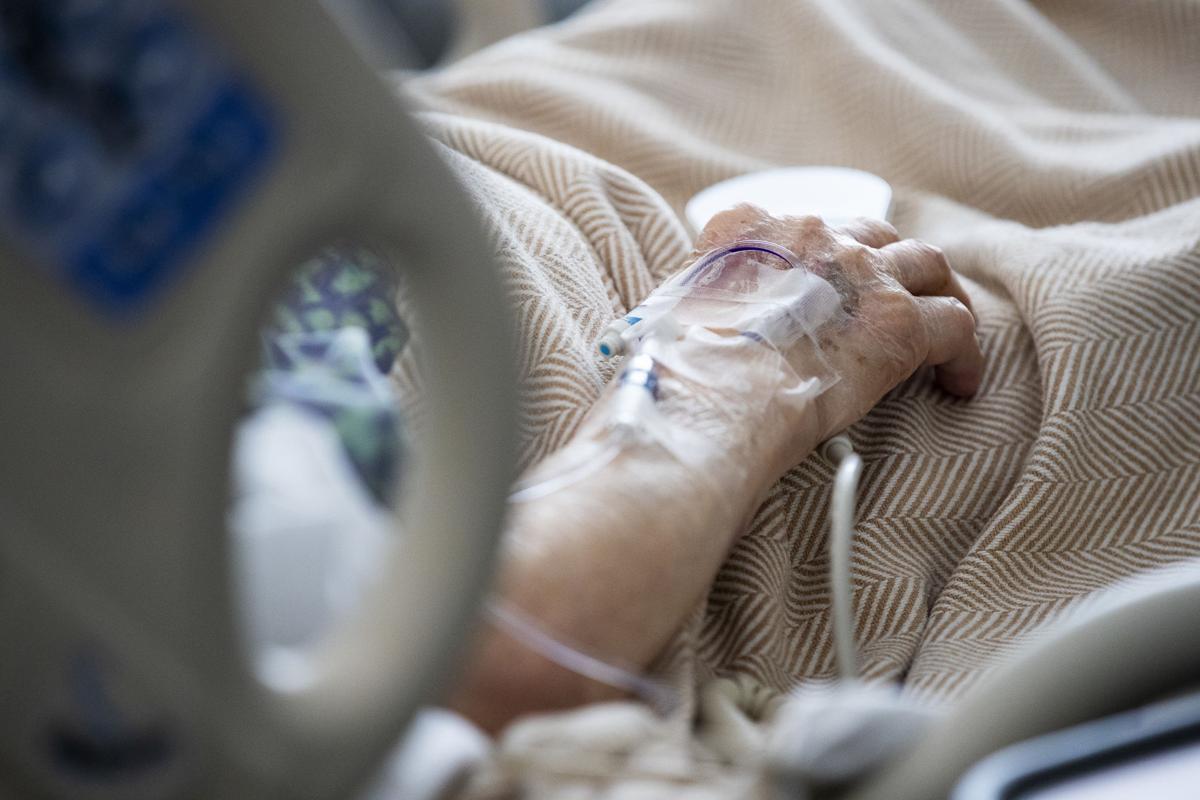 Over the past week, South Carolina averaged 1,320 new cases of COVID-19 a day, more than double the daily numbers in early October. A COVID-19 patient rests in bed at Tidelands Waccamaw Community Hospital on Wednesday, May 13, 2020. File/Lauren Petracca/Staff

COLUMBIA — South Carolina’s public health agency has been without permanent leaders in two of its top positions for months as the state confronts a rising toll from the worst global pandemic in a century.

The state Department of Health and Environmental Control has lacked a permanent executive director for five months and lost its public health director in September. Both left in the midst of the state’s battle to contain the novel coronavirus, arguably the agency’s greatest challenge in its 47-year history.

Those high-profile vacancies at DHEC have key lawmakers and other observers worried as the state responds to a third nationwide surge of the the highly contagious respiratory disease and prepares to distribute a long-awaited vaccine next year. They also reflect a nationwide phenomenon in which top public health jobs are increasingly becoming vacant and difficult to fill as qualified scientists flee the burnout, public criticism and political pressures that have come with responding to the pandemic.

State senators told The Post and Courier this week they are concerned that DHEC’s performance has suffered without a full-time leader at the top and can’t understand why the agency’s board has taken so long to hire a successor to Rick Toomey, who retired as DHEC's executive director in June after 18 months in charge.

Some say DHEC, an independent state agency whose board members are appointed by the governor, has been too reactive and deferential to McMaster, who has opposed enacting stronger restrictions as the coronavirus has infected more than 189,000 South Carolinians and killed more than 3,900.

“In the middle of a pandemic, we have a lawyer running our health agency,” state Sen. Dick Harpootlian said, referring to DHEC general counsel Marshall Taylor, who has doubled as the agency's interim executive director since June. “Nobody seems to take this seriously.”

Taylor, meanwhile, defended his agency. He said he has worked long hours with the help of a strong leadership team that bases their decisions on science and facts, not political influence.

“We are not a rudderless ship," Taylor told The Post and Courier. "We’ve got a director."

And McMaster defended the lengthy director search by DHEC's board, whose members he appoints. The board expects to select a new director by the end of the year, but their pick won't be confirmed by the full S.C. Senate until January at the earliest.

“As important as it is to act quickly in a situation like this one, it’s more important to make sure the right person is chosen for the job,” McMaster spokesman Brian Symmes said. “We can’t let speed be the enemy of quality when looking to fill such an important role.”

Flight of the public health officials

South Carolina is hardly the only state facing this problem. Nationwide, dozens of city, county and state public health officials have left their jobs since the coronavirus outbreak reached the United States in January.

They have fled burnout from working 80-hour weeks with no end in sight, quit after facing threats and public backlash over their coronavirus guidance and been forced from their jobs after refusing to buckle under political pressure.

More than a dozen states — from Hawaii and California to Ohio and Maryland — have lost their top public health officials and replaced them with interims since the pandemic began. North Dakota has gone through four state health directors since May alone.

The ongoing stampede of public health officials to retirement or the private sector is “absolutely unprecedented” and reflects the pressure they have been under, said Lori Tremmel Freeman, CEO of the National Association of County and City Health Officials.

It also makes it harder to find qualified candidates to fill crucial positions, like the top two public health jobs at DHEC, she said. Freeman was alarmed to hear the DHEC executive director job has been open since June. But she said many attractive candidates would rather earn higher pay from lower-stress jobs at think tanks or foundations, especially during a pandemic.

“Not everybody is willing to jump back into the frying pan,” Freeman said.

In South Carolina, Toomey took a two-week leave of absence for health issues in April and then retired from the $178,000-a-year executive director gig two months later. He said he felt remorse for leaving the agency amid the pandemic but had experienced heart problems and high blood pressure and wanted to spend more time with his family.

DHEC entered 2020 without a permanent public health director but hired Dr. Joan Duwve from Indiana for the job in April. Duwve quickly proved an effective communicator, and she played a central role in DHEC’s efforts to ramp up COVID-19 testing and contact tracing this summer. But then she left the agency in September for a job in Ohio that she ultimately turned down after learning the state’s previous health director had faced public harassment.

DHEC replaced Duwve on an interim basis with Dr. Brannon Traxler, who had been a physician consultant for the agency during the pandemic. Traxler said this week she has been inspired by her colleagues at DHEC and wants to stay with the agency moving forward. But she is still deciding whether she will seek the public health director job permanently.

Meanwhile, Bell, the state epidemiologist who was once a regular figure at McMaster's daily coronavirus press conferences, has been out of the spotlight since a well-publicized dustup with the governor's office.

Bell sent memos to her colleagues this summer wishing she had been more outspoken when she disagreed with McMaster's efforts to quickly lift coronavirus restrictions. She wrote the governor's aides had been "somewhat manipulative" in meetings before those press conferences and pledged she would no longer stand alongside the governor "without speaking to what the science tells us is the right thing to do."

Bell hasn't attended any of McMaster's three coronavirus briefings since then, including the Sept. 10 press conference where a reporter asked, "Where is Dr. Bell?"

She also did not attend Thursday's press conference, where McMaster urged South Carolinians to take precautions against the virus during Thanksgiving but said declined to issue new restrictions or a statewide mask mandate.

McMaster's spokesman referred questions about Bell's absence to DHEC. In an interview Thursday, Taylor attributed the change to nothing more than scheduling and coincidence.

“I hadn’t even noticed that, if that’s the case," Taylor said. "It’s just who is available at the time they’re available."

DHEC’s board has been slow to find a new leader for the agency’s 3,500 employees, whose responsibilities include enforcing environmental regulations, testing for air and water quality, inspecting restaurants, overseeing hospitals and nursing homes, regulating dams and issuing birth certificates.

Too slow, lawmakers say, as South Carolina faces rising case counts. Over the past week, the state has averaged 1,320 new cases of COVID-19 a day, more than double the daily numbers in early October.

The board hadn’t picked a successor from a field of 62 applicants by the time lawmakers reconvened in Columbia for a special legislative session in September. That means their eventual selection will have to wait until at least January to be confirmed by the S.C. Senate and start the job.

As coronavirus spreads across SC, DHEC meets to search for new agency director

“Leadership matters,” said Senate Majority Leader Shane Massey, R-Edgefield. “You especially know that when you don’t have it. I’ve been pressing them for a couple months now that they’ve got to get a permanent director, like, yesterday.”

Board Chairman Mark Elam, a McMaster appointee, did not respond to a request for comment.

Several lawmakers said they appreciate Taylor's efforts but think DHEC needs a long-term director that lawmakers and the governor can better hold accountable for the agency’s performance, especially during an ongoing crisis.

“The absence of having that one person you can point to has really hindered the effort,” said state Sen. Tom Davis, a Beaufort Republican who led the Senate subcommittee on coronavirus testing this year. “You’ve got a lot of people who are really working hard, but with something this complicated and important, you have to have someone at the top taking accountability, because that’s when things get done.”

Taylor stressed that he is responsible for DHEC's performance, even if he doesn't plan to be the acting director for much longer. "I am accountable to the Legislature," he said.

Senators have voiced frustrations with DHEC over the past several months for not yet hitting testing goals and for weeklong testing turnaround lags this summer that made tests essentially worthless and contact tracing impractical.

Others think DHEC could do more to tackle the virus. Harpootlian, a Columbia Democrat, has criticized the agency for refusing to use its emergency powers to shut down bars and restaurants that repeatedly host large gatherings that could further spread the virus. Harpootlian was especially critical that Taylor declined that suggestion after consulting with the governor.

“We have a DHEC, the folks that are supposed to be protecting our health, making political decisions rather than decisions based on science,” Harpootlian said.

Taylor, an environmental lawyer, said he examined that state law and concluded — without the governor's help — that it would be nearly impossible for DHEC to prove a business threatened to contaminate its patrons with the hard-to-track coronavirus, a task that is much easier with food-borne illnesses like salmonella.

"We have to think about the evidence we’re going to put on in court to demonstrate that the actions we took were reasonable," Taylor said. "That is a difficult burden to prove when it comes to COVID-19.”

Regardless of when a permanent executive director is named, some lawmakers want to hear more from Bell.

The 27-year DHEC veteran has appeared at just one public event with the governor since early August, a meeting with Centers for Disease Control Executive Director Robert Redfield in October.

In a September interview with The Post and Courier, Bell deflected questions about McMaster’s handling of the pandemic, sticking to talking points and reiterating that South Carolinians can take responsibility for slowing the virus’ spread by washing their hands frequently, practicing social distancing and wearing masks.

Massey said he spoke to Bell recently and urged her to speak up when she feels strongly about how the state needs to respond to the virus. She wrote an op-ed in The State newspaper last month reminding South Carolinians to take COVID-19 seriously and participated on a conference call with reporters Wednesday to discuss the planned rollout of a vaccine next year.

“She was someone who, in April, South Carolina was tuning in to listen to,” Massey said. “I think there are other people who have noticed her absence.”