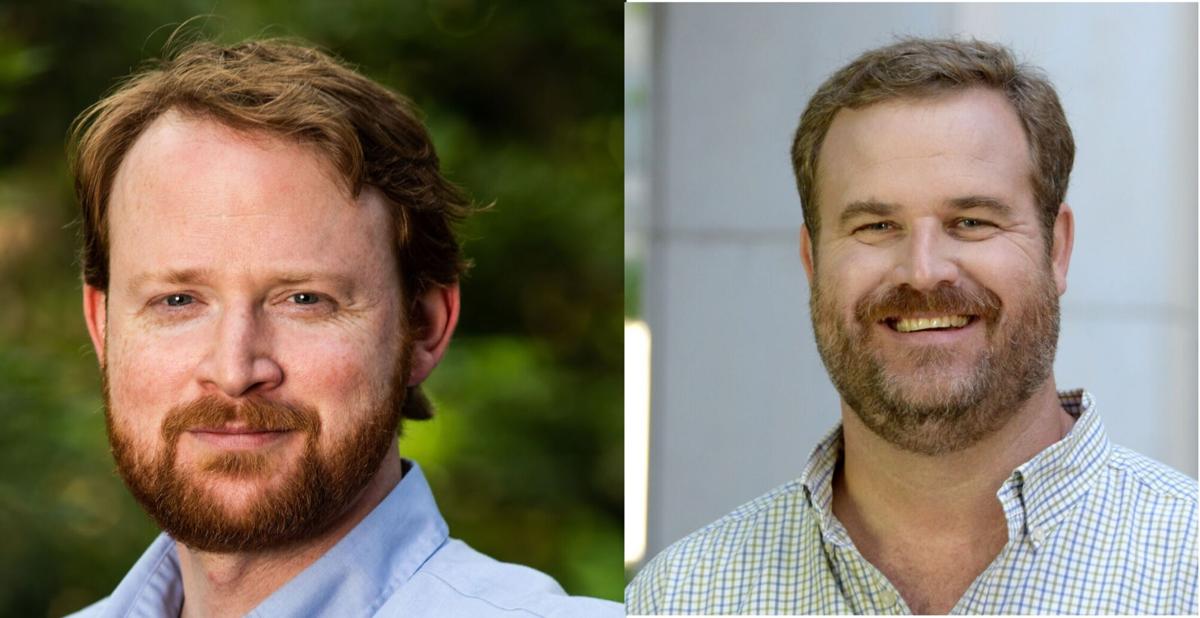 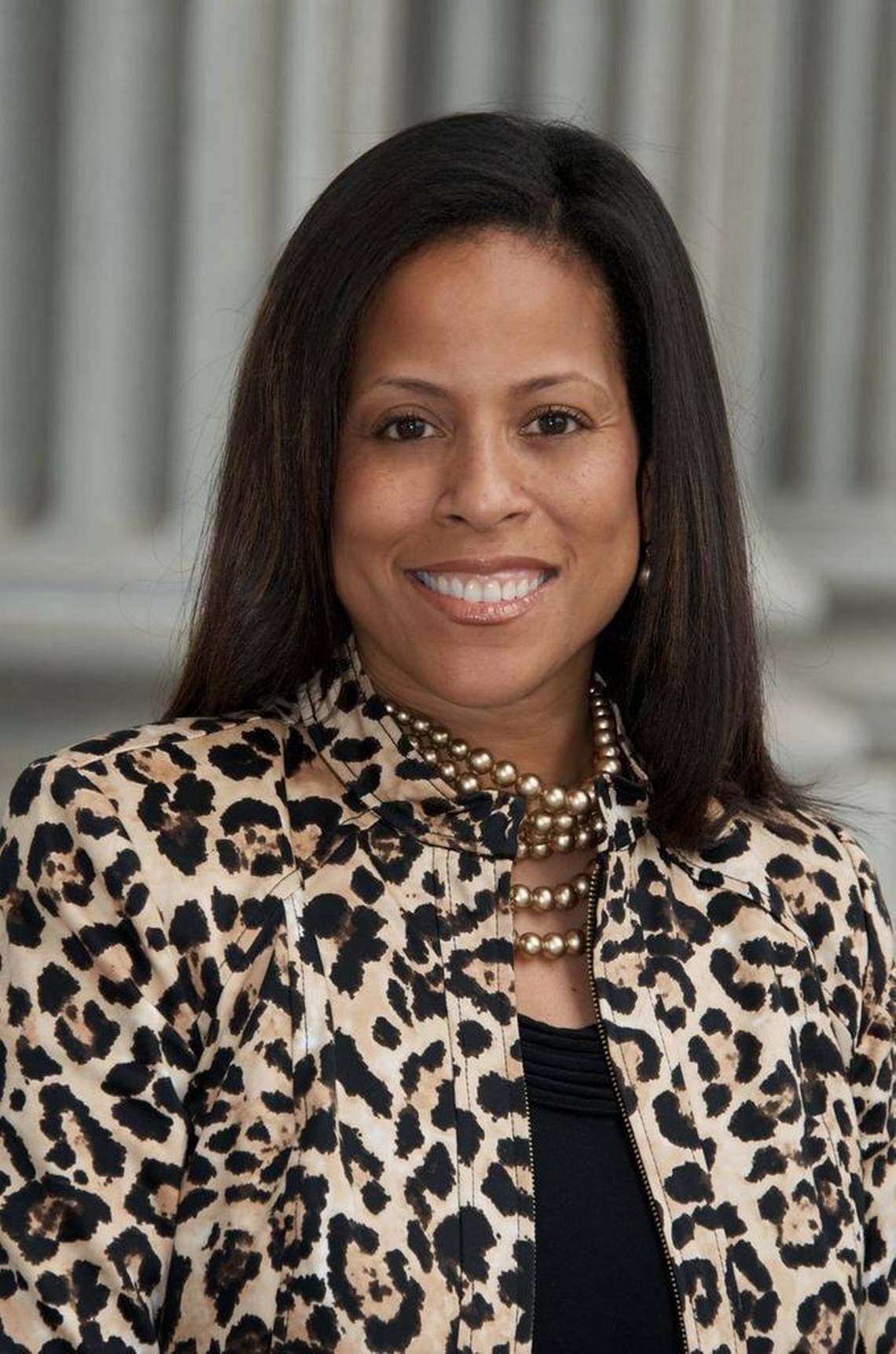 Sen. Mia McLeod, D-Columbia, is running for a second term in the state Senate. Provided. 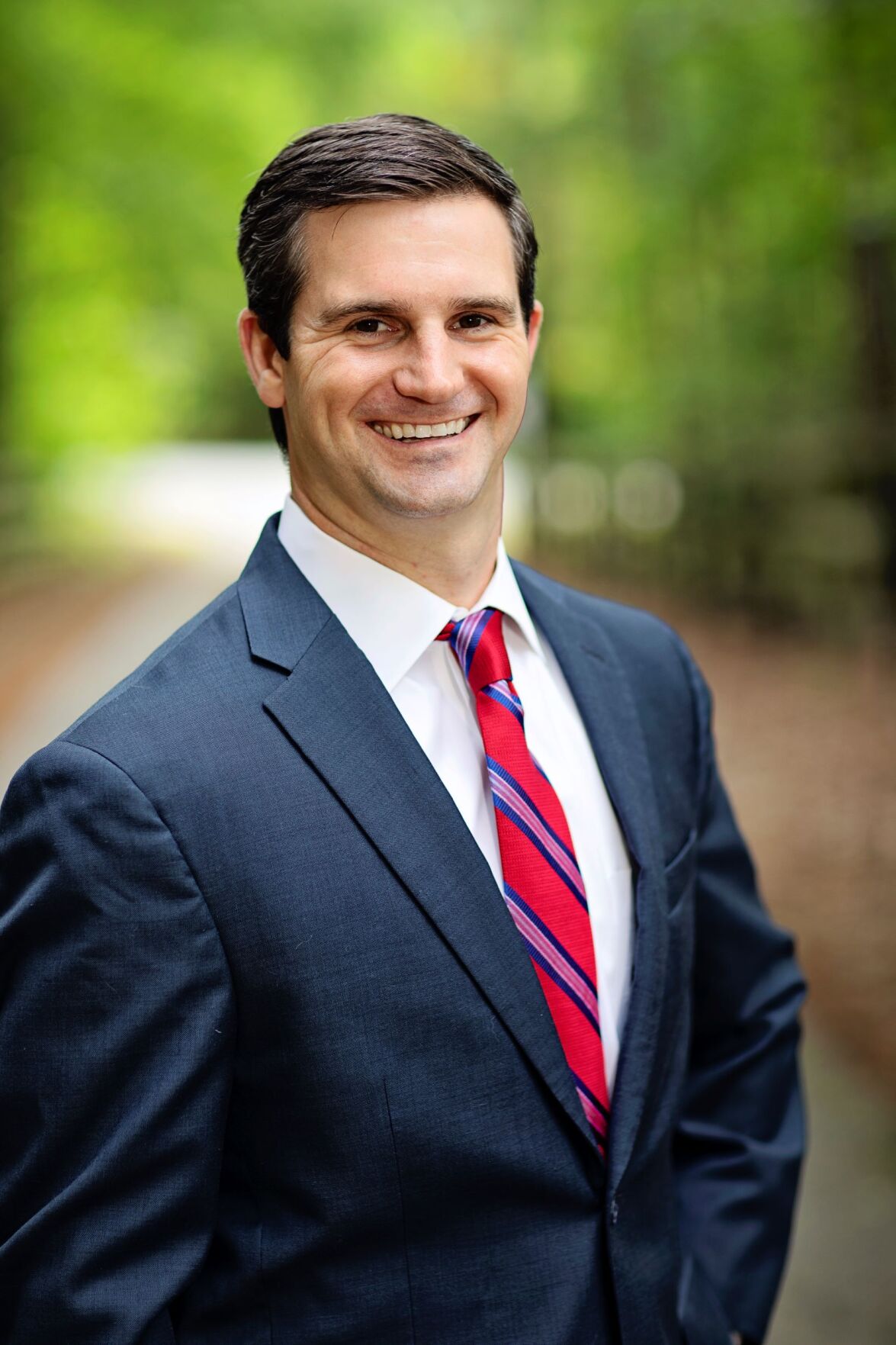 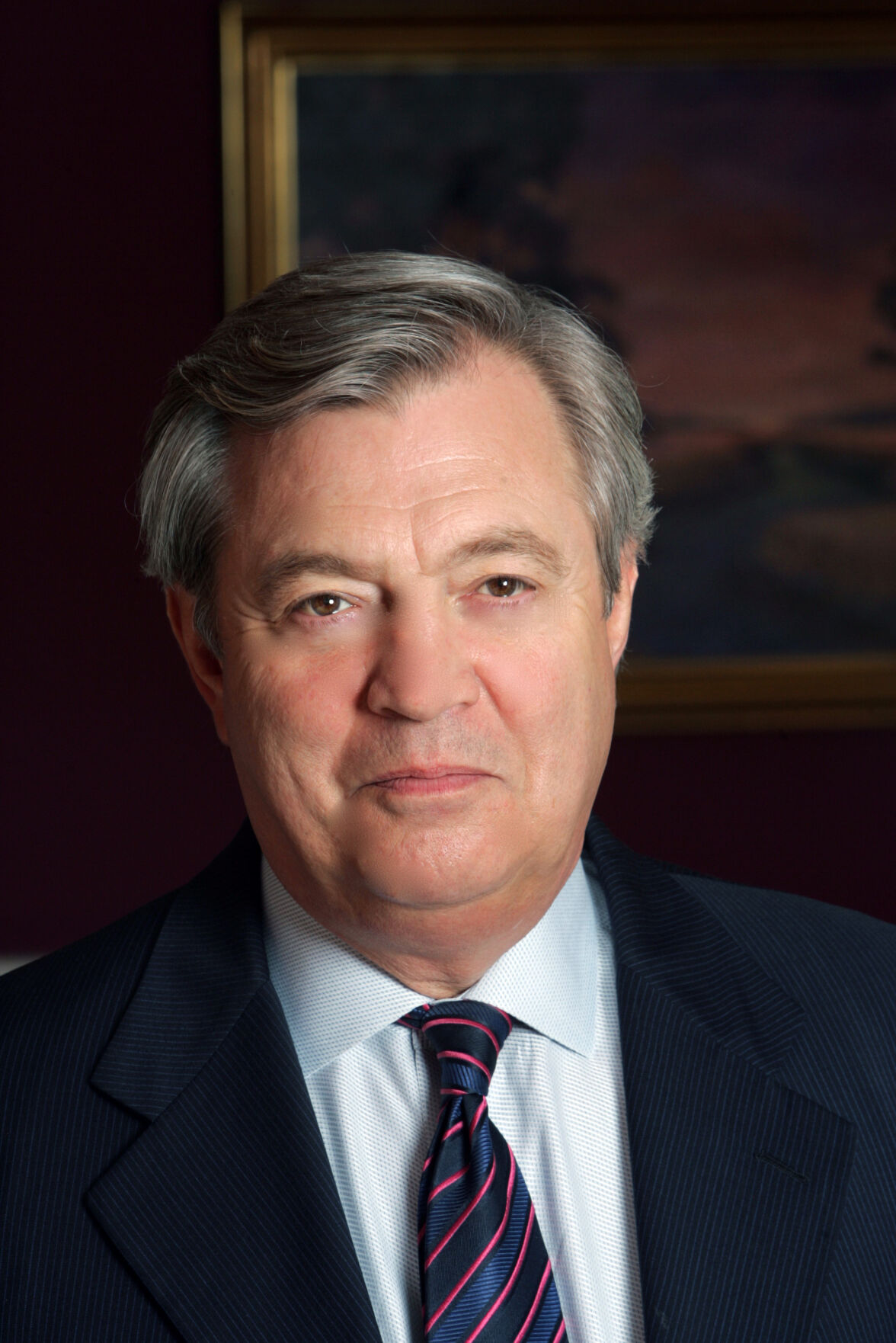 Sen. Dick Harpootlian, D-Columbia, is seeking his first full term in the South Carolina Senate after winning a special election in 2018. Provided 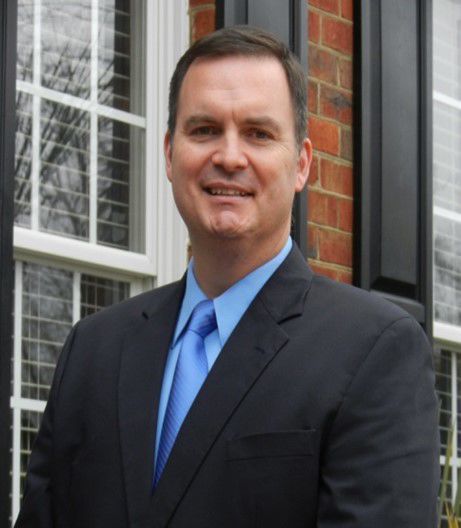 Sen. Mia McLeod, D-Columbia, is running for a second term in the state Senate. Provided.

Sen. Dick Harpootlian, D-Columbia, is seeking his first full term in the South Carolina Senate after winning a special election in 2018. Provided

But a trio of Columbia races feature incumbents, from both parties, trying to keep their seats in some of the county's more conservative-leaning districts.

In his first bid for office, Democrat Rhodes Bailey is trying to oust one of only two Republicans left in a Richland County legislative seat.

Kirkman Finlay, a former Columbia city councilman, has represented the district that includes neighborhoods just outside Fort Jackson's gates since 2012.

While the capital county is otherwise a Democratic stronghold in a red state, District 75 has consistently voted Republican for decades. And Finlay's roots in Columbia go deep. His late father, by the same name, was also a former city councilman, as well as mayor from 1978 to 1986.

Bailey, a 39-year-old attorney in the public defender's office, says he decided to run out of frustration with a dysfunctional, GOP-controlled Legislature he sees as shirking its duties to support public schools.

The father of a 4-year-old and a 6-year-old first-grader, Bailey said teachers need higher pay and smaller classroom sizes, and schools need more social services "so teachers can focus on teaching and don't have to fill in the gaps."

"It's a shame that it takes a pandemic for some people to realize how hard it is to be a teacher," said Bailey, a Florence native who moved to Columbia in 2005 for law school.

He criticizes the Legislature as not doing its duty amid the COVID-19 pandemic to oversee the emergency powers of Gov. Henry McMaster, whom he faults as not issuing a stay-at-home order soon enough and re-opening too soon.

"It's shocking how they ceded their power to the governor," Bailey said.

This year's regular legislative session was cut short by the pandemic, essentially ending in mid-March, after McMaster issued his first state of emergency declaration, instead of May.

But the Legislature did return for very limited, special sessions in March, May, June and September to allocate state surplus money for coronavirus response, keep government going without a new state budget and spend $1.9 billion in federal COVID-19 aid. Meanwhile, McMaster has issued emergency orders every 15 days, before each expired as per state law.

Many legislators, including Finlay, want to review those emergency powers — written in expectation of natural, short-lived emergencies such as hurricanes — once the pandemic is over.

But in the middle of an unprecedented crisis is not the time to curtail the governor's ability to respond, Finlay said.

"I'd argue Henry has done a pretty good job of striking a balance of opening up and protecting people," he said. "There’s no question that after this, we’re going to discuss where the governor’s powers are going to be. But we’re in brand new, unchartered waters here."

Finlay, a member of the House budget-writing committee, helped negotiate last month's compromise that provided $65 million in grants to nonprofits and small businesses in COVID-19 aid — up to $50,000 and $25,000 each, respectively.

He says the top priority in January should be crafting a budget for the remaining six months of the fiscal year, after getting a clearer outlook on how the pandemic continues to affect state coffers. House leaders declined to pass a budget in September for the current fiscal year, agreeing with McMaster that too many uncertainties remain.

"Then we'll understand the reality," Finlay said. Unlike last March, when legislators thought they'd have a $1.9 billion surplus to spend, "we'll have different priorities all of a sudden."

Bailey questions Finlay's ethics, pointing to a contract with utility NextEra, which is paying about $15,000 a year for the option to lease some of Finlay's vast property in Richland County for a solar farm, as reported by The State newspaper.

The Florida-based company wants to buy South Carolina's only state-owned utility, Santee Cooper, which legislators are weighing whether to sell as part of the continued fallout of the failed expansion of the V.C. Summer nuclear project. Santee Cooper and the now-defunct SCE&G jointly abandoned the project in 2017, leaving customers with billions in debt and nothing but a hole in the ground in Fairfield County to show for it.

Finlay argues the utility's massive debt is too much of a liability for South Carolina taxpayers and scoffs at the accusation there's any conflict of interest in his long-time criticism of the public utility's management.

The House budget-writing committee voted earlier this year, before the session was cut short, to ask NextEra for a better offer.

Sen. Mia McLeod, 52, who previously spent three terms in the House, is seeking her second term in the state Senate representing the Northeast suburbs of Richland County, as well as part of Kershaw County.

Her challenger, Republican Lee Blatt, has never run for office before. But the 35-year-old father of a 3- and 1-year-old is the great-grandson of the state House's most powerful speaker ever, Solomon Blatt of Barnwell, who controlled the House from 1937-1946 and again from 1951-1973.

Lee Blatt, a former Richland County deputy and pilot, says he doesn't get asked about his last name often, but when he does, it's generally his late grandfather, federal judge Sol Blatt Jr., who they recognize.

One of Blatt's criticisms of McLeod, a communications consultant, is that she misses too many votes in the Legislature.

McLeod, who has sickle cell anemia, missed some of the special sessions this year out of concerns of contracting COVID-19 in a chamber where many of her colleagues weren't wearing masks, even after McMaster ordered face coverings in state buildings in early August.

When she returned in September, including for a session that expanded absentee voting for the upcoming election, she voted from the chamber's balcony in order to keep her distance.

McLeod said she's disappointed some of her Republican colleagues weren't more mindful of the virus' potential deadly consequences to her and others at the Statehouse.

Hospitalized several times during her childhood with pneumonia, the native of rural Marlboro County wasn't diagnosed with sickle cell until her freshman year in college at the University of South Carolina, after she ended up in a hospital again and finally learned why she got so sick.

McLeod, whose sister is a teacher, strongly supports the outcry from teachers' groups to not bring students back into the classrooms until the virus spread has drastically dropped. In suburban Richland 2, a weekly mix of in-person and online learning won't start until at least Nov. 4. Some teachers have voiced their displeasure about the plan.

Blatt blasts McLeod for voting against a massive education reform bill earlier this year, following a debate that consumed the Senate's first eight weeks, before the pandemic ended the entire effort.

McLeod was among four senators who voted "no," arguing it didn't go nearly far enough to help teachers.

Harpootlian — the only other Richland County senator with a challenger — again faces attorney Benjamin Dunn, who lost in 2018 with 47.6 percent of the vote.

Dunn, an Army National Guardsman deployed to Afghanistan in 2004, was also among six unsuccessful GOP challengers to U.S. Sen. Lindsey Graham in the 2014 primary.

Harpootlian, who's sometimes visibly irritated by the Senate's pace, has frustrated members of both parties as he went after budget earmarks, Commerce incentives, and legislative perks and appointments, as a waste of taxpayers' money.

He doesn't plan to let up in the slightest.

He hopes a silver lining of the pandemic's economic freefall is that it forces legislators to re-evaluate how they spend, and he says he'll be combing through next year's budget proposals.

"When income is diminished, then people make choices about what's really important," he said. "We need to drill down on where we're spending money."

Efforts to reach Dunn were unsuccessful.

The proposal sent to the full House Judiciary Committee is largely the same measure that expired in November, following months of debate, with Republicans in the House and Senate unable to agree. Read moreAfter SC Supreme Court ruling, new attempt to ban nearly all abortions advances in Legislature

South Carolina got an F on a tobacco control report card from the American Lung Association for its lack of funding and enforcement that could help keep kids from starting smoking. A Columbia lawmaker has filed a bill that would more closely regulate tobacco sales in the state. Read moreSC fails tobacco prevention analysis, lacks measures to protect kids from smoking