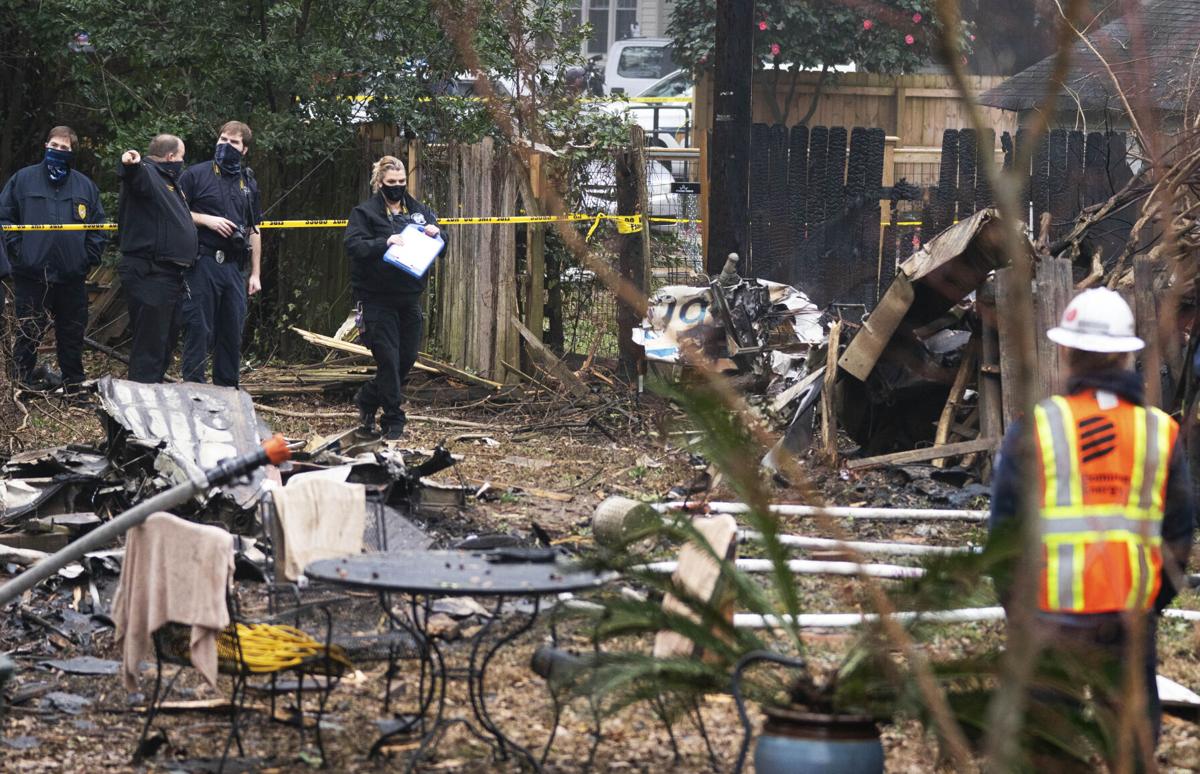 Emergency personnel work at a house on Kennedy Street in Columbia's Rosewood neighborhood, were a small airplane crashed on Wednesday, Jan. 13, 2021. Sean Rayford/Special to The Post and Courier 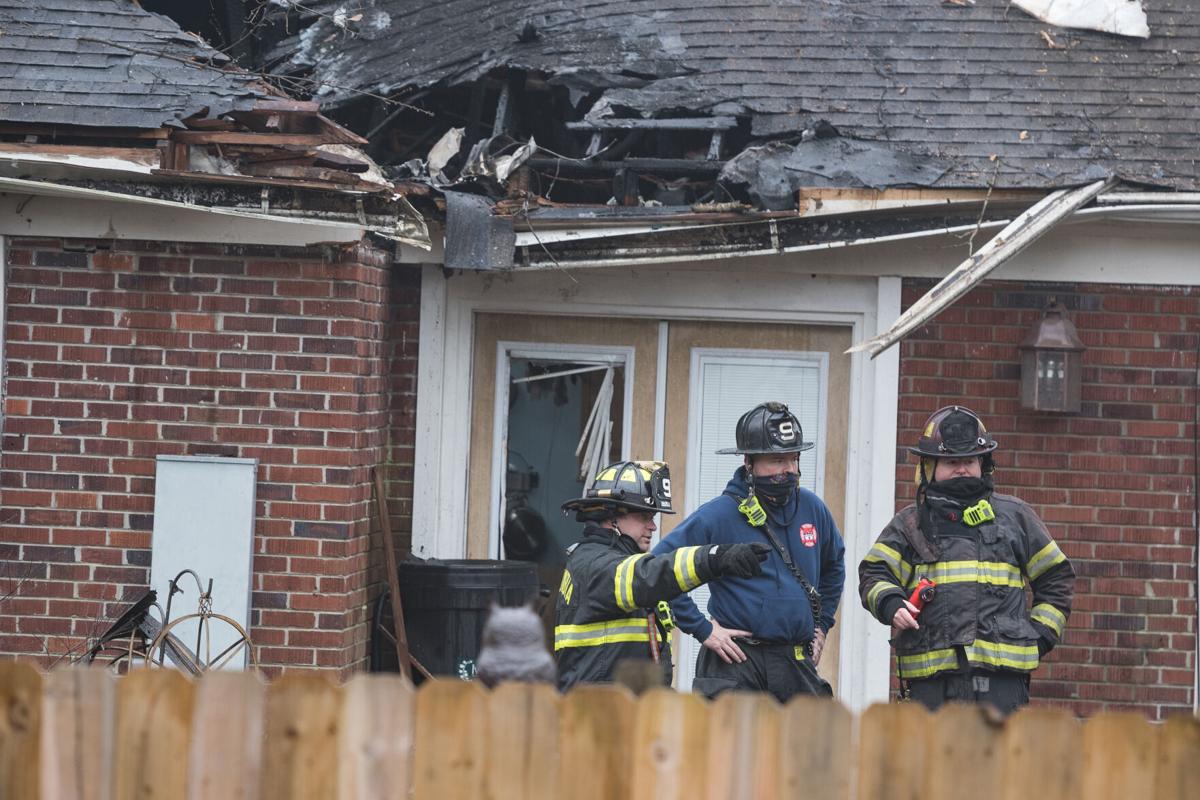 Emergency personnel work at a house on Kennedy Street in Columbia's Rosewood neighborhood, were a small airplane crashed on Wednesday, Jan. 13, 2021. John A. Carlos II/Special to The Post and Courier 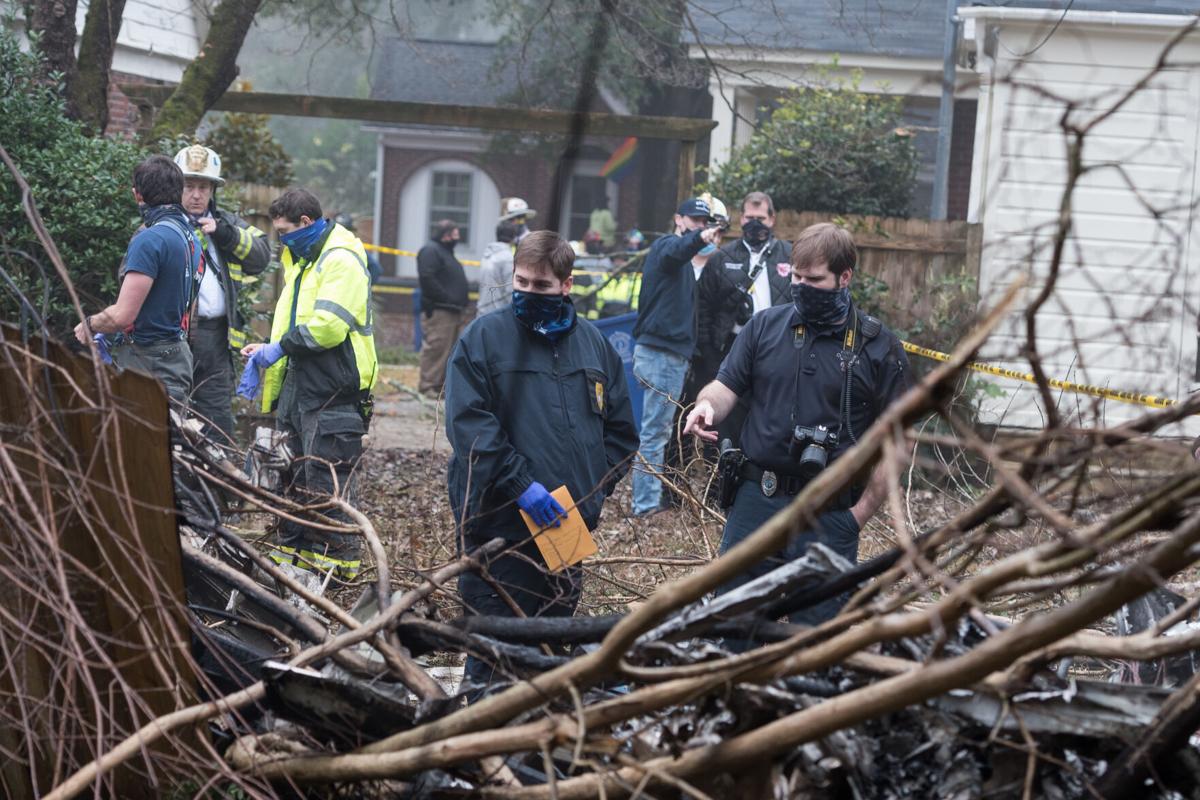 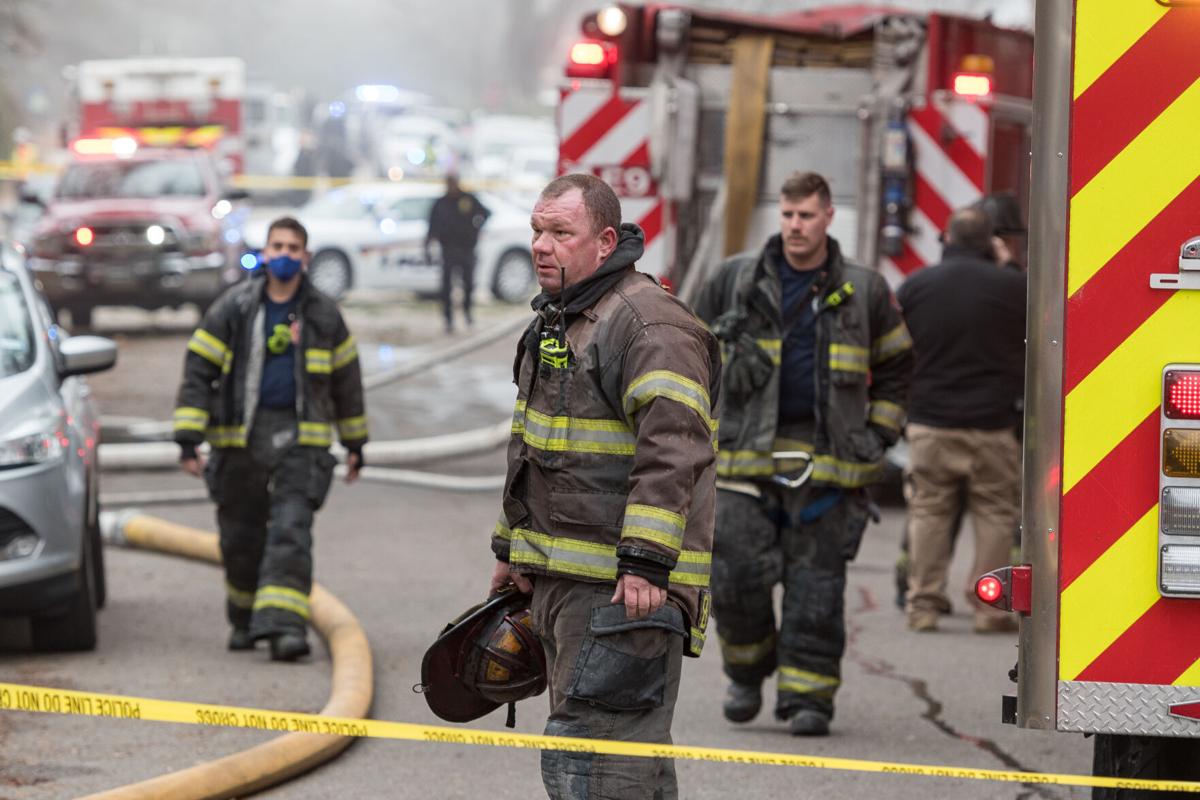 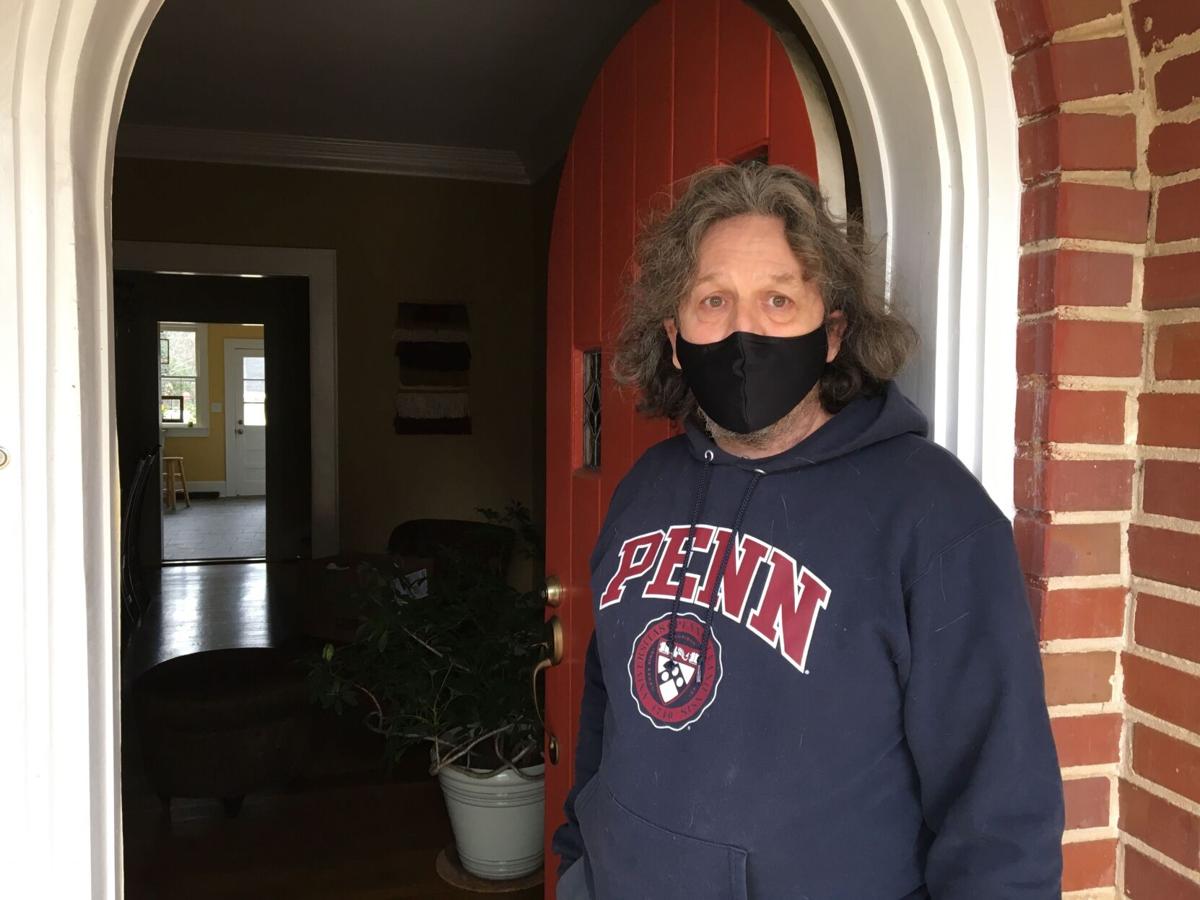 When Keith Seymour, 54, saw flames rising from his Rosewood neighbor's home, he ran inside to help her. The home was the site of an early morning plane crash on Jan. 13, 2021, in Columbia. Joseph Cranney/Staff

Emergency personnel work at a house on Kennedy Street in Columbia's Rosewood neighborhood, were a small airplane crashed on Wednesday, Jan. 13, 2021. Sean Rayford/Special to The Post and Courier

COLUMBIA — A small plane crashed into a home in the Rosewood neighborhood, near downtown, on a foggy Wednesday morning.

The small, single-prop plane hit a residence at 2909 Kennedy St. about 10:30 a.m. Fire and rescue crews arrived and firefighters soon got the blaze under control.

Columbia Fire Chief Aubrey Jenkins said there was at least one person on board the plane. Richland County Coroner Naida Rutherford declined to say whether there were any fatalities, citing an ongoing investigation.

One woman was recovered safely from the house with no injuries, Jenkins said.

The crash site is roughly a half-mile from Columbia's Jim Hamilton–LB Owens Airport, the city's general aviation airport on the edge of several neighborhoods.

The plane was a Beechcraft Bonanza which left Greenville Downtown Airport for Columbia around 10 a.m. airport director Joe Frasher confirmed. He said the small plane was based out of Greenville.

Much of the Midlands were shrouded in fog Wednesday morning, and a notice from the Federal Aviation Administration warned pilots conditions were challenging. The FAA reported that cloud cover at Owens Field was just 200 feet off the ground, and fog and mist had cut visibility to a quarter-mile.

The combination made landings precarious and forced pilots to rely on their instruments, not their eyes, as they approached the airport.

Data compiled by the flight-tracking service FlightRadar24 showed that the small plane approached the airport but wasn’t lined up to its runway. Instead, as it came into Columbia, it was headed toward the Shandon and Rosewood neighborhoods.

The tree-lined Rosewood neighborhood, 2 miles south of the S.C. Statehouse, is popular with young professionals and college students who want to live near the heart of the Capital City. It sits in the flight path of Owens Field, where well-to-do University of South Carolina football fans are known to land private planes on game days.

Jessica Artz, a neighbor across the street from the crash site, was inside her house when she said she heard what sounded at the time like a loud motorcycle streaming down the street followed by a crash.

“Then there was an explosion and a huge ball of fire right over there,” said Artz, 41.

She and other neighbors came out to check what had happened. Among them was Keith Seymour, 54, who builds motorcycles

Seymour saw the flames rising higher than the roof of the house on Kennedy Street.

That’s when he ran inside the home.

“So let’s get them,” Seymour responded.

In the kitchen, the crash had blown the back doors off their hinges and caved in part of the roof. Flames dripped from the ceiling. In another room, Seymour could hear the hum of a laundry machine, still running.

Together, they overturned a mattress to find three cats hiding. One of them scratched the homeowner, the only injury she suffered, before they all escaped the house, authorities said.

“She was really brave about it,” Seymour said. “But I’m glad I was there.”

Saleah Alkhatib, a 20-year-old University of South Carolina student, was doing homework in his house on South Maple Street about 10:30 a.m. when he heard a loud thud.

“It was something big and metal,” he said. “It sounded like it hit cement, but it was just the ground.”

Alkhatib ran, barefoot on the cold and foggy morning, five doors down to the house on Kennedy Street. He saw the wreckage in the backyard. Plane parts were strewn about the property out front and flames blazed from the home’s roof.

He ripped at the debris of downed trees to check for crash survivors but didn’t find anyone.

Mayor Steve Benjamin said the crash underscores the need for city officials to be thoughtful about the zoning and development in the area of Owens Field, where industrial uses give way to residential blocks.

He noted City Council voted down a major development late last year that would have built houses in the airport’s flight path.

“This reality is something we all need to be aware of, and it’s sad it would take this type of tragedy to have us focus on it,” Benjamin said.

The National Transportation Safety Board, the agency responsible for crash investigations, has been notified.

Boeing Max returns to US skies with 1st passenger flight