COLUMBIA — The University of South Carolina is kicking off the expansion of its online degree offerings with a new corporate partner — Major League Soccer.

It brings the total to 31 unique undergraduate degrees that can be earned entirely over the internet.

Major League Soccer players and staff could be among the school’s first new students after the league approached the school about becoming its official education partner.

“When President (Bob) Caslen took office, his vision was to deliver online education and to make it accessible and affordable,” Hill Mitchell said. “With this expansion, courses that were never delivered online before will now be online." 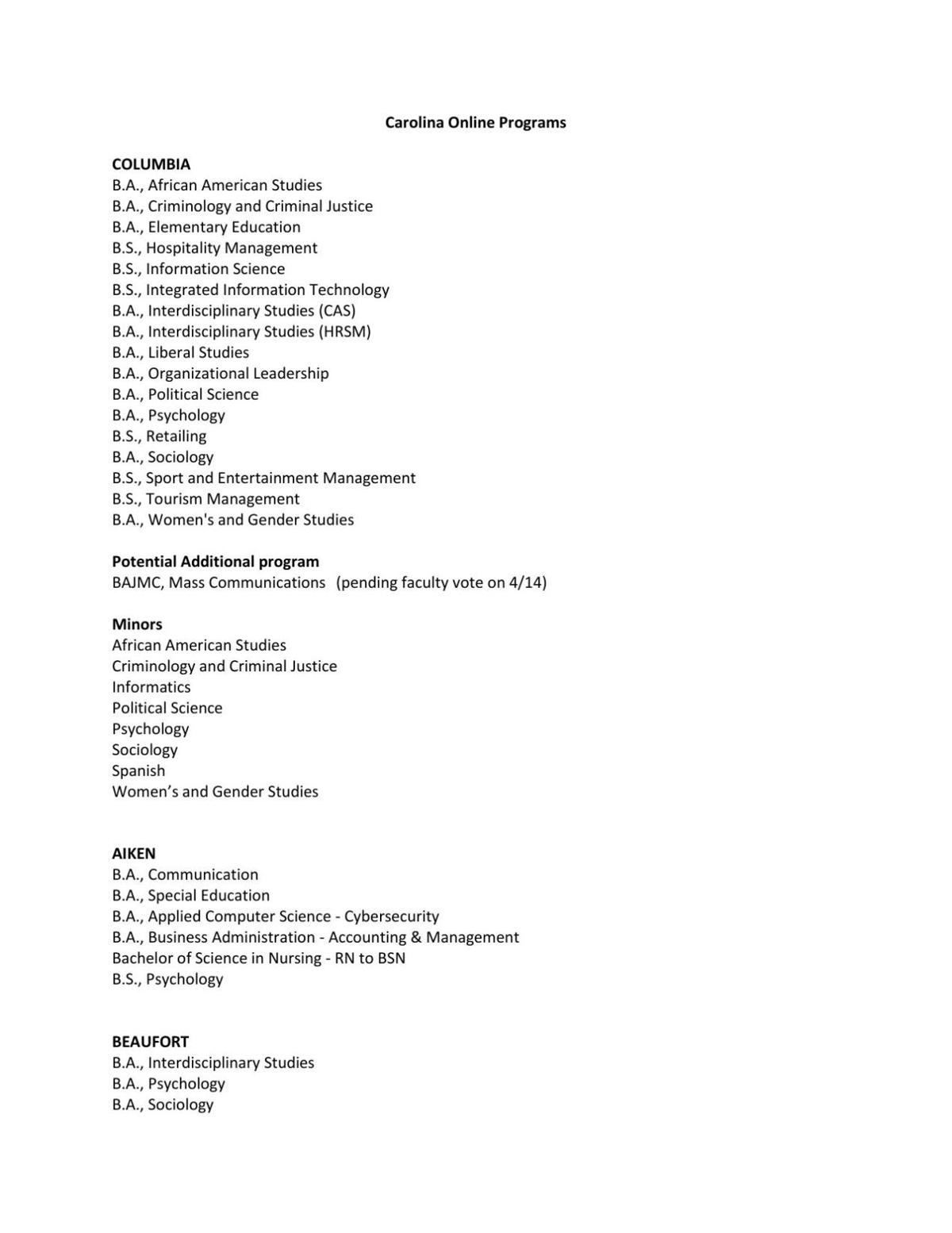 Caslen said the effort is part of the commitment to increase "access to higher education for all students — including students whose lives have interrupted or otherwise prevented them from fulfilling their educational goals in a traditional resident model.”

The partnership, which will last through 2026 when the World Cup comes to the United States, will provide USC with reach to some 11,000 Major League Soccer affiliates. That includes current professional and semi-professional players, former players, e-sports players and team staff, as well as future players coming up through the league's academy programs.

“Our partnership positions us to educate some of the world’s greatest athletes and the community that supports them across the globe,” said William Tate, USC executive vice president for academic affairs. “The partnership reflects our aim to democratize the opportunity to learn. At times, geography or occupational commitments restrict access to education. Our learning alliance eliminates barriers to entry, and instead opens the door to earning a degree while competing at the highest level of professional sports."

Northcutt said the partnership works well for Major League Soccer because so many of its players are recruited at a young age, some as young as 15 years old, which can keep them from pursuing a traditional college degree.

“The University of South Carolina is a leader in modernizing higher education," Gary Stevenson, MLS deputy commissioner, added. "We are thrilled to partner with them to deliver benefits to MLS players and executives for many years to come."

Columbia's first Apple store has a new name, looks to open in May on USC campus

In addition to the potential for new students and the revenue stream that will bring to the university, students at USC's flagship campus will benefit from the opportunity to apply for MLS-based internships in the league's New York office, as well as an on-campus speaker series for sport and entertainment management students.

The agreement also involves a $30,000 annual research fund, funded equally by the school and the league, that staff and students will be able to tap into.

When it comes to expanding USC's online offerings, Hill Mitchell points to schools, like Arizona State University, which has seen great success with online education. Similar to USC's partnership with MLS, corporate partnerships with companies, like the one ASU has with Starbucks, have been vital to Arizona's success.

"They’re extremely unique in their online offerings," Hill Mitchell said of ASU, with some 52,800 online students and 119 undergraduate degree programs.

At USC, about 13,000 South Carolinians living outside the state took online classes last year amid the COVID-19 pandemic, Hill Mitchell said, and the school is hoping to recapture some of those students with this expansion, as well as attract new ones.

"This will give us a stronger reach, both within the state as well as regionally, nationally and even internationally," Hill Mitchell said, as MLS draws its players from some 75 countries worldwide.

Carolina Online will cost about $333 per credit hour for the general public, Hill Mitchell said. MLS-affiliated students will receive a reduced rate of $208 per credit hour.

With this expansion, USC will have the largest number of online undergraduate degrees of any school in the Southeastern Conference, Hill Mitchell said.