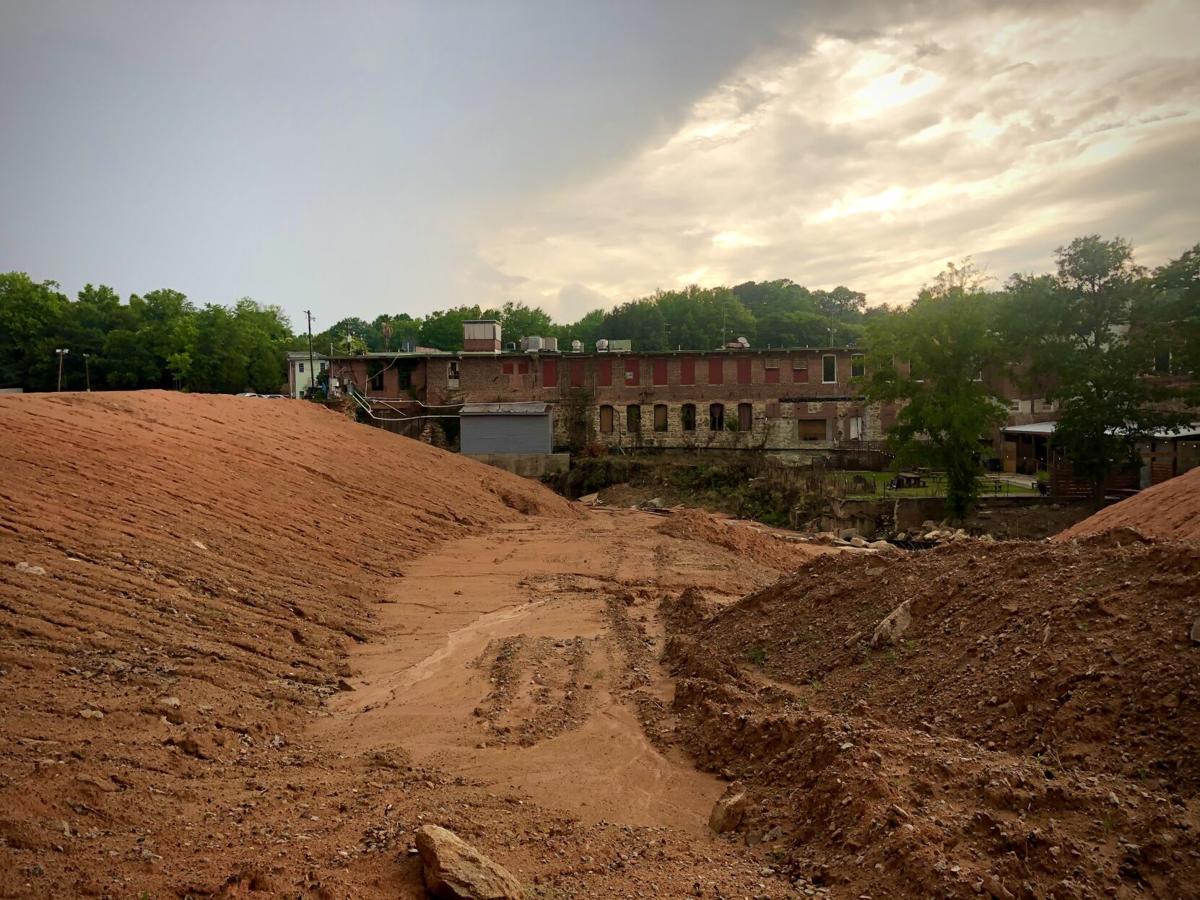 Work on the Old Mill Pond Dam began in 2019 and is expected to finish in spring 2022. Work on two neighboring dams, the Gibson Pond Dam and the Barr Lake Dam are nearing completion. Kailey Cota/Staff 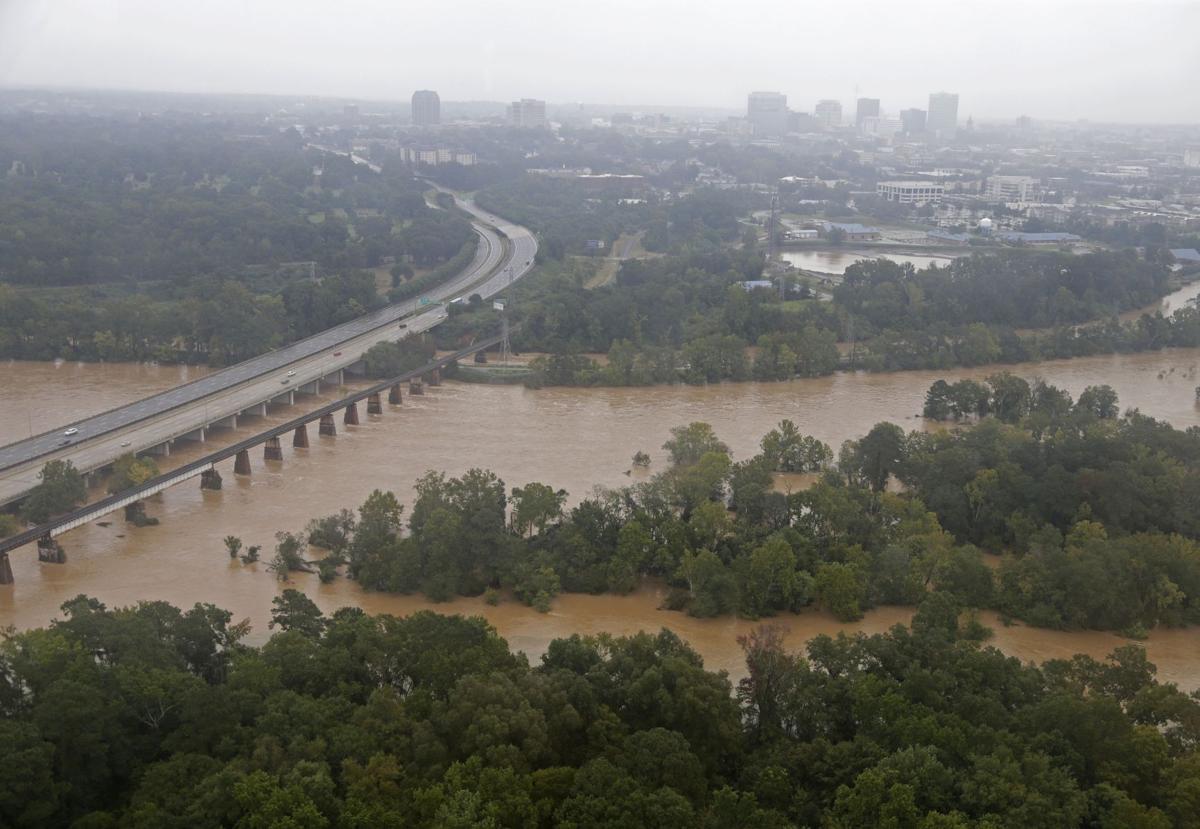 Floodwaters rush down a river near downtown Columbia on Monday, Oct. 5, 2015. File/Chuck Burton/AP 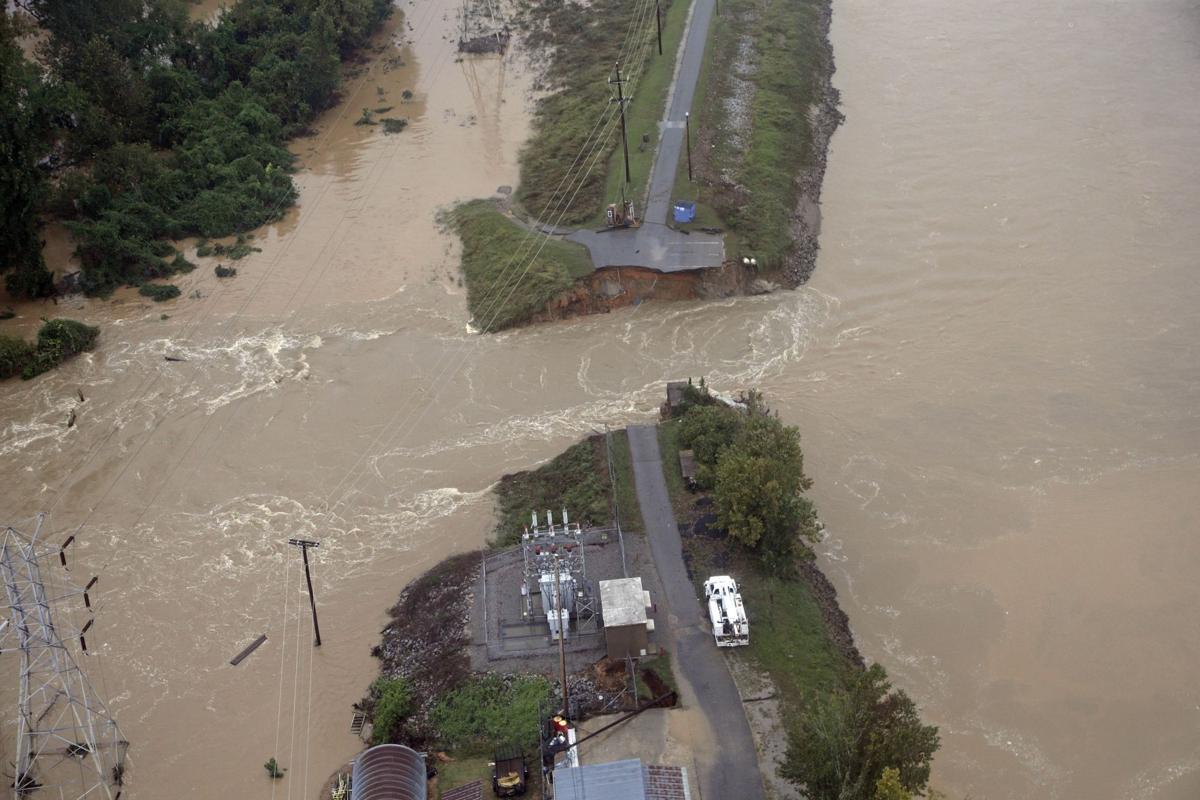 Floodwaters break through a walkway in Columbia on Monday, Oct. 5, 2015. File/Chuck Burton/AP

LEXINGTON — A trio of dams along Twelve Mile Creek is finally nearing the end of repairs more than five years after 2 feet of rain was unleashed overnight.

Twelve Mile Creek connects the Old Mill Pond Dam, the Gibson Pond Dam and the Barr Lake Dam, which were built in 1900 when dams were less regulated.

On June 8, the southernmost dam of the trio — the Barr Lake Dam — was the first to receive a certificate of completion, which is the Department of Health and Environmental Control’s stamp of approval to finalize the process by raising the water level.

The Gibson Pond Dam was also recently repaired and is on track for reopening at the end of June.

Construction on the Old Mill Pond Dam is underway, with an expected date of completion set for spring 2022.

“It's hard to be patient when you've been waiting over five years — but we are,” said Kelly Clinger, owner of the Old Mill Brewpub that overlooks the Old Mill Pond site.

5 years ago, a 'biblical' flood ushered in SC's wetter future

Due to the heavy rainfall, 51 dams statewide burst, unleashing their contents onto nearby streets and residential areas. The storm was responsible for 19 deaths in South Carolina. DHEC did not have information on how many dams have reopened statewide.

The dam is made of concrete and was built to withstand more than what collapsed it in 2015. The standard for the reconstructed Gibson Pond Dam is to be as strong as the Lake Murray Dam, just on a smaller scale, Barnes said.

Along with a new bridge, which was completed May 19, the town will build a new picnic area and stock the pond with fish.

"It just gives the community an opportunity to go out there, fish in the pond, you know, we don't have anything like that in the town of Lexington and so we're definitely excited to get back to the way it was — actually even better than before,” Barnes said.

After years of logistical and design discussions, Laban Chappell, whose family owns the dam, said his company secured the state permit to rebuild in 2019, just in time for several months of wet weather to delay construction.

Chappell plans to add armoring to the dam, which is a concrete mesh that allows water to slide over the top of the dam without eroding it.

"We can't stop Mother Nature, so if we ever get that flooding rain like it had, it will top the dam again. But the armoring we're putting in place will allow the water to flow over the top of the dam and not erode it,” Chappell said.

The town of Lexington is planning on building a mile-long, lighted walking trail along the Old Mill Pond. The town will plan to finish the trail at the same time dam construction is complete, Barnes said.

When the dam is completed, the pond is full and the new amenities are in place, Clinger’s brewpub will have a unique view in Lexington.

"We'll have an outside bar that will be temperature regulated. You'll have a beautiful view of the pond, which there really isn't any place in Lexington, I don't think, that has a view like we will have,” Clinger said.

Clinger’s brewpub flooded and closed for three weeks for repairs as a result of the "thousand-year flood" five years ago.

Details about the recently reopened Barr Lake Dam were not available, including the repair cost. Efforts to reach the dam’s owners were not successful.

A fourth Lexington County dam, the Joe Phillips Pond Dam, commonly known as the Thelma and John Culler Dam, also failed in 2015. This dam is located about 40 minutes south of Columbia and is a low-hazard dam, so the owners are not required to repair it, DHEC spokesman Derrek Asbury said in an email.

Kailey Cota is a reporter for the Post & Courier covering the Columbia and Lexington area. She is a journalism student at the University of South Carolina and is an editor for The Daily Gamecock.