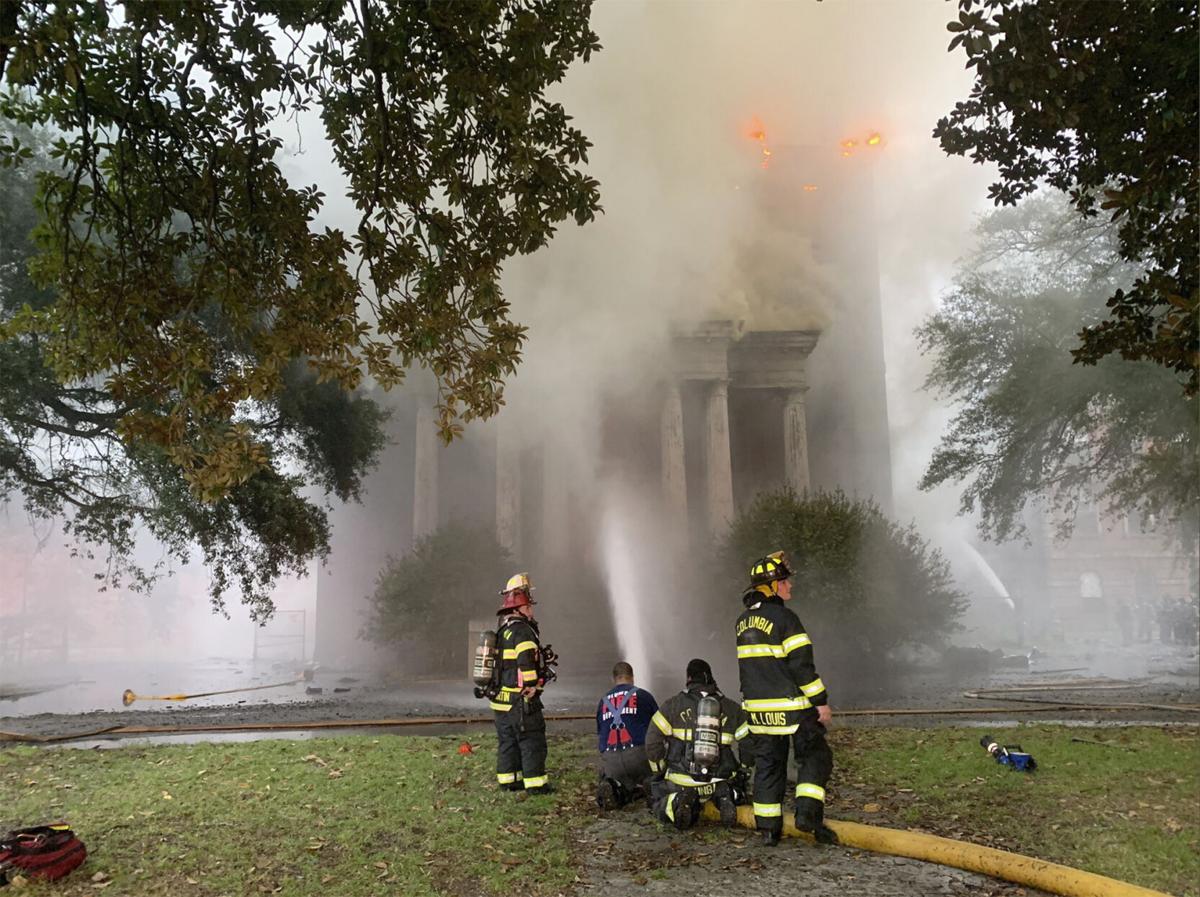 Columbia firefighters battle a blaze at the historic Babcock building in downtown Columbia on Sept. 12, 2020. Five firefighters at one Columbia station were fired last month after a weekslong sexual misconduct investigation. File/Columbia Fire Department via AP 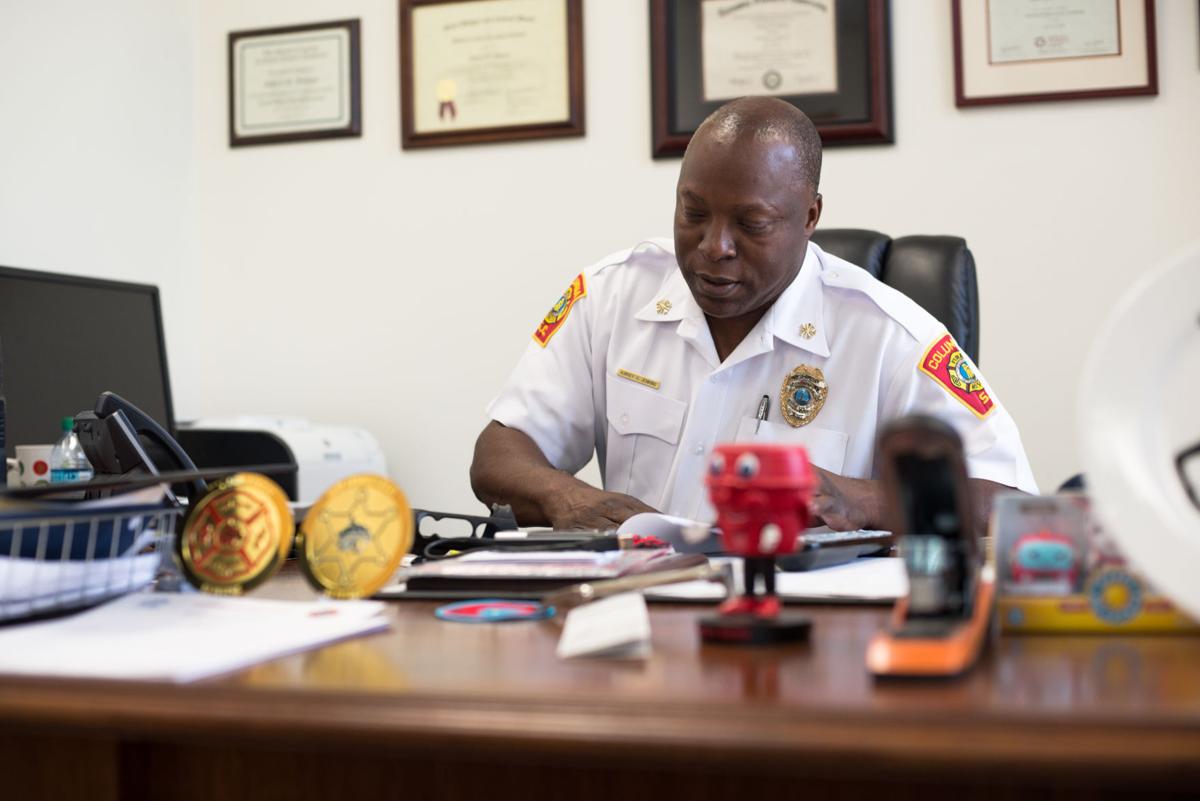 COLUMBIA — Five firefighters at one Columbia station, including one of the Fire Department’s top officials, were fired last month after a weekslong sexual misconduct investigation that department leaders now refuse to discuss.

Fire Chief Aubrey Jenkins dismissed the five men from the city’s Atlas Road fire station on May 7, according to documents obtained by The Post and Courier through a Freedom of Information Act request.

Before the newspaper filed that request, a Fire Department spokesman refused to acknowledge any firings took place or answer a reporter's questions about them — saying that would be a “personnel matter.” Jenkins declined to be interviewed for this story to answer the many questions that the internal documents raise. The firefighters in question also declined to be interviewed.

The filings describe the men’s alleged misconduct in vague terms, indicating the violations occurred “over several months” at “various times” and “came to light on April 16, 2021.”

The documents also hint at a cover-up of the alleged misconduct. Department leaders blamed Gates, who led the lower Richland County station as one of the city’s five battalion chiefs, for failing “to correct any of this conduct that he witnesses in his subordinates” and found he “minimized an allegation of sexual misconduct and failed to report this to his supervisor.”

McIntyre and Cook, the fire captains, also “knew about inappropriate touching of co-workers in the station” and didn’t stop it, department leaders found.

Gates, McIntyre and Cook actively participated in the wrongdoing they should have corrected as supervisors, the investigation found. Gates and Cook falsified records or lied to supervisors, the probe concluded.

All five firefighters were offered space on their disciplinary forms to defend themselves. None did.

Gates wrote, “Nothing to add at this time” on his form. Ailes and Humphries refused to sign their forms, and McIntyre and Cook didn’t attend their appointments to discuss it.

The May 7 firings came at a time of intense scrutiny of sexual harassment and misconduct in the workplace. Because of the #MeToo movement, employees across the country are more emboldened than ever to report misconduct, and their bosses are under fire to take such complaints seriously.

Word of the firings has spread quickly among rank-and-file Columbia firefighters. But their reaction is said to have been mixed, in part, because department leaders have provided little explanation about what actually happened and why their colleagues were fired.

Reached by phone, Humphries said he and the other firefighters had moved on with their lives since their terminations. He said he spoke with them and his lawyer on June 11, and all agreed it would be best not to comment for this story.

But Humphries said many Columbia firefighters are upset about the firings. He said the loss of five firefighters at once has left a void at the Atlas Road station, which is manned by shifts of eight at a time.

“Not to toot my own horn, but we were a damn good crew,” the senior firefighter said.

But those documents raise as many questions as they provide answers.

They do not list the name or gender of any victims. Nor do they explain whether any victims remain employed by the Fire Department.

They do not describe the misconduct in specific terms, offering only phrases like “sexual harassment and sexual conduct” and “horseplay/engaged in unsafe activities.”

The documents indicate the firefighters had 14 days to appeal their terminations, but they don't show if any did, or the results of any appeals.

The records also don’t explain when the alleged misconduct began, how long it continued or who else might have been involved.

Humphries said he understands at least two more firefighters were disciplined, but not terminated, after the investigation concluded.

Charlie King, executive director of the S.C. State Firefighters Association, declined to comment, saying “we haven’t heard anything other than hearsay, rumors and talk” about the situation in Columbia.

Efforts to reach the president of the Columbia Firefighters Association, which advocates for city firefighters, were unsuccessful.

Gates had served as first vice president of that group. He started at the department in May 2005 and became one of the city’s top firefighters. He made just more than $50,000 a year, according to a 2018 database.

McIntyre joined the department in January 2016.

Ailes, the fire engineer, was hired January 2005. And Humphries joined the department in March 2017.

All were fired May 7, nearly a month after department leaders said they learned of the misconduct.