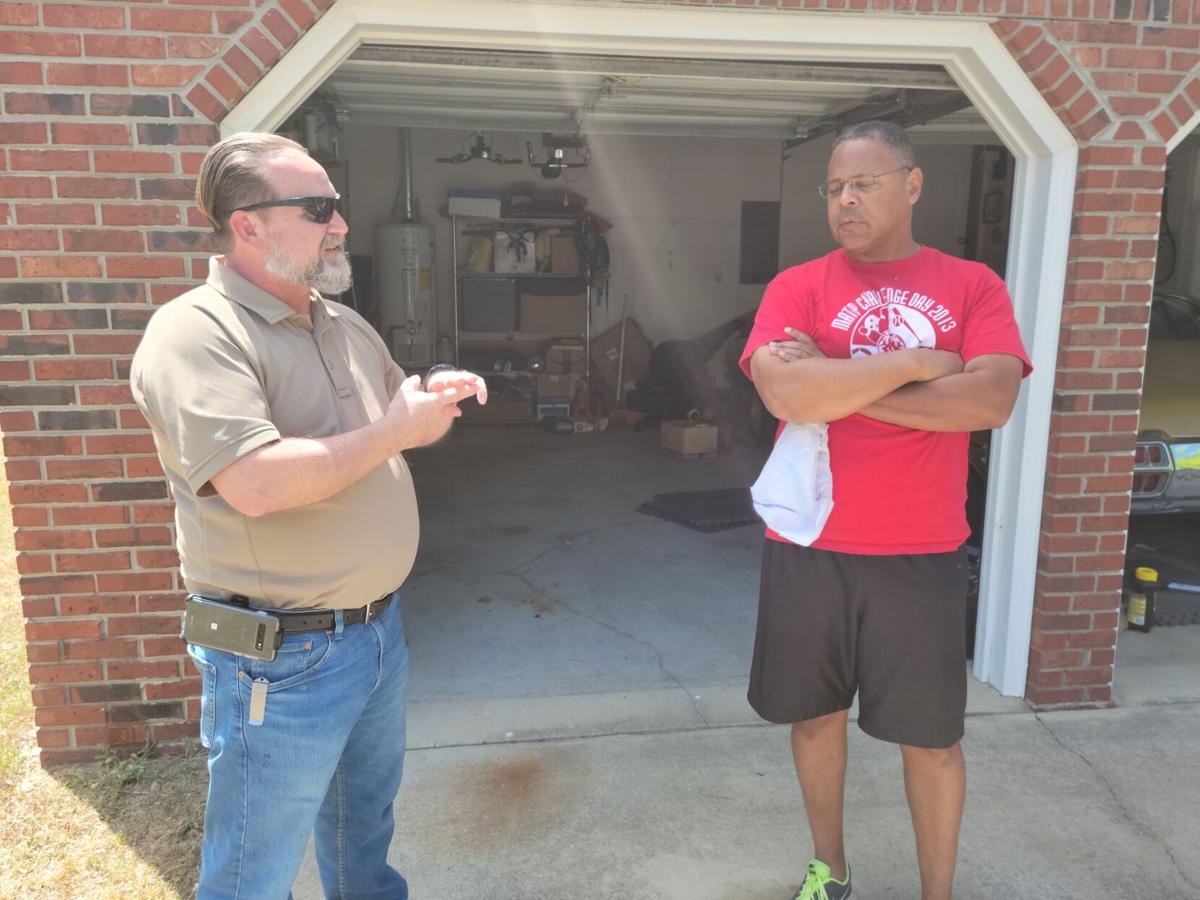 Justin Martin (left) president of The Summit homeowners' association, chats with friend and neighbor Reginald Esteen on a recent afternoon in one of Richland County's largest subdivisions. Adam Benson/Staff 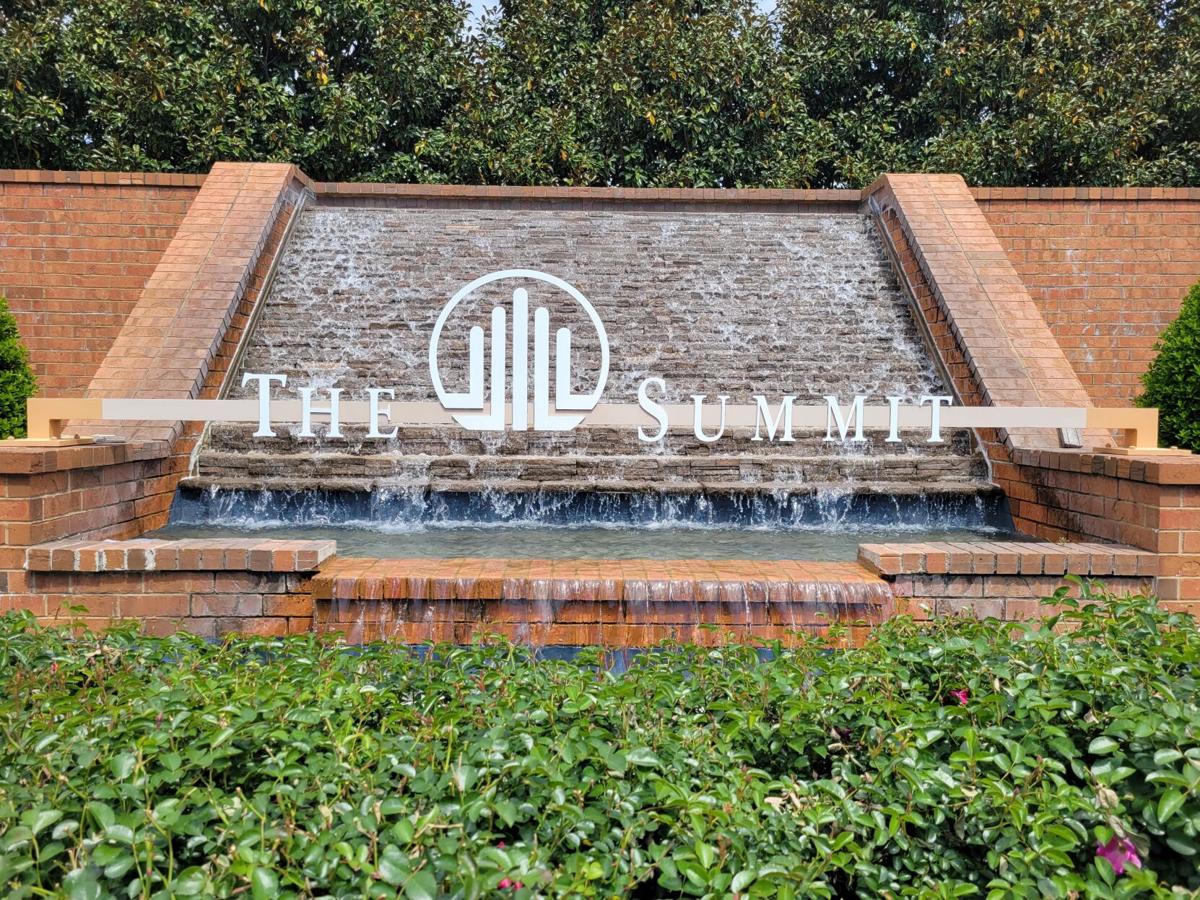 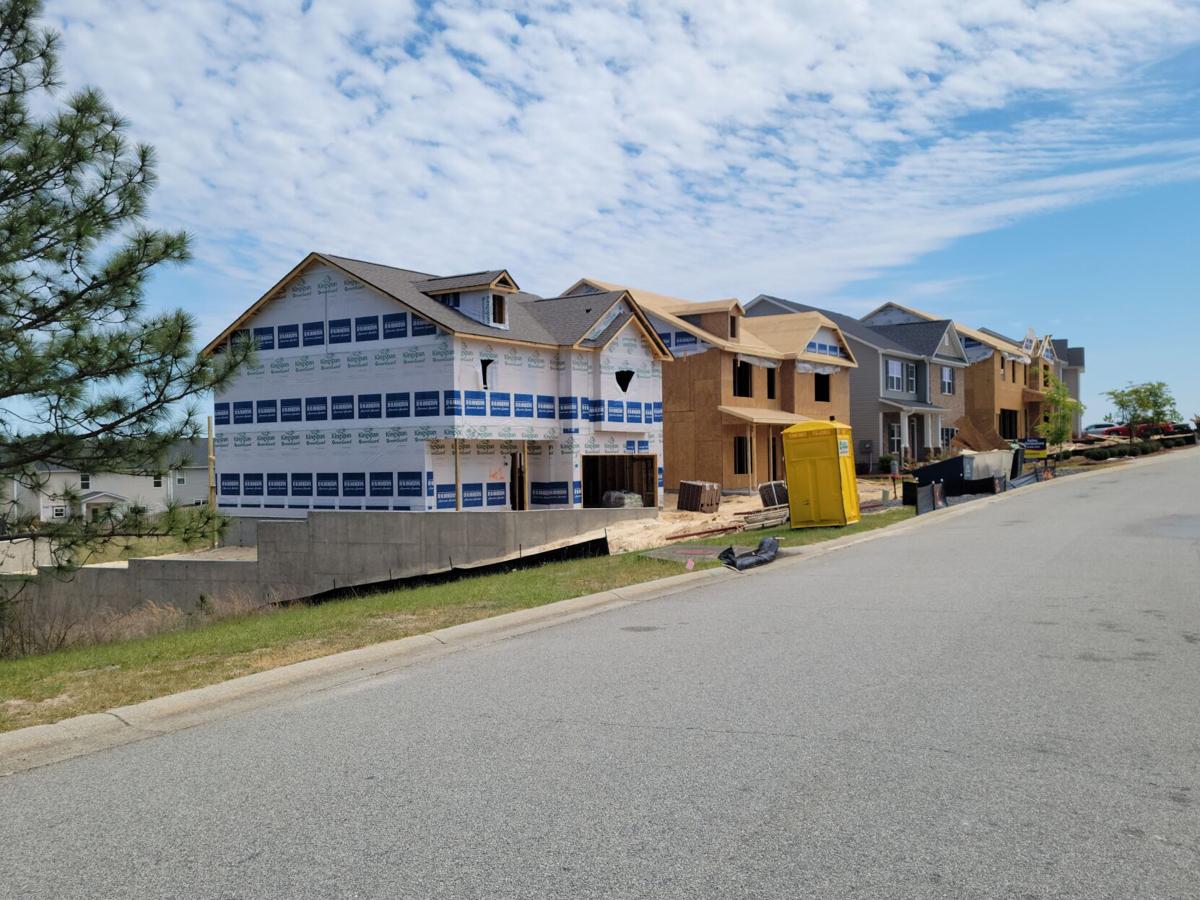 The Lakes at Barony Place is The Summit's newest neighborhood, with several lots boasting homes in various phases of completion. Adam Benson/Staff

COLUMBIA — In two minutes, the reputation of a sprawling, decades-old and racially diverse community in northeast Richland County was cemented in the minds of many as an enclave of prejudice.

The short video showing what police allege is a White Army sergeant berating and shoving a smaller Black man on a sidewalk outside his home in The Summit inflamed people already restless about still-existing barriers to national unity and equality.

Hateful emails poured into the inboxes of homeowners association members to the point where the addresses were scrubbed.

“It was surreal,” association president Justin Martin told The Post and Courier.

Until that April 12 confrontation, Martin and his group — representing the interests of 3,500 homeowners split into 28 communities — handled the mundane tasks of managing requests to amend fence heights and flag sizes.

The burst of publicity was unlike anything that’s ever happened inside The Summit, surpassing the occasional news story of inert World War II practice bombs turning up in yards, harkening back to when the property was used as a bombing range in the early- to mid-20th century.

One of the Midlands' largest planned communities was the site of a now-viral confrontation between a White Fort Jackson soldier and a Black man on a sidewalk inside its Lakes at Barony Place neighborhood. 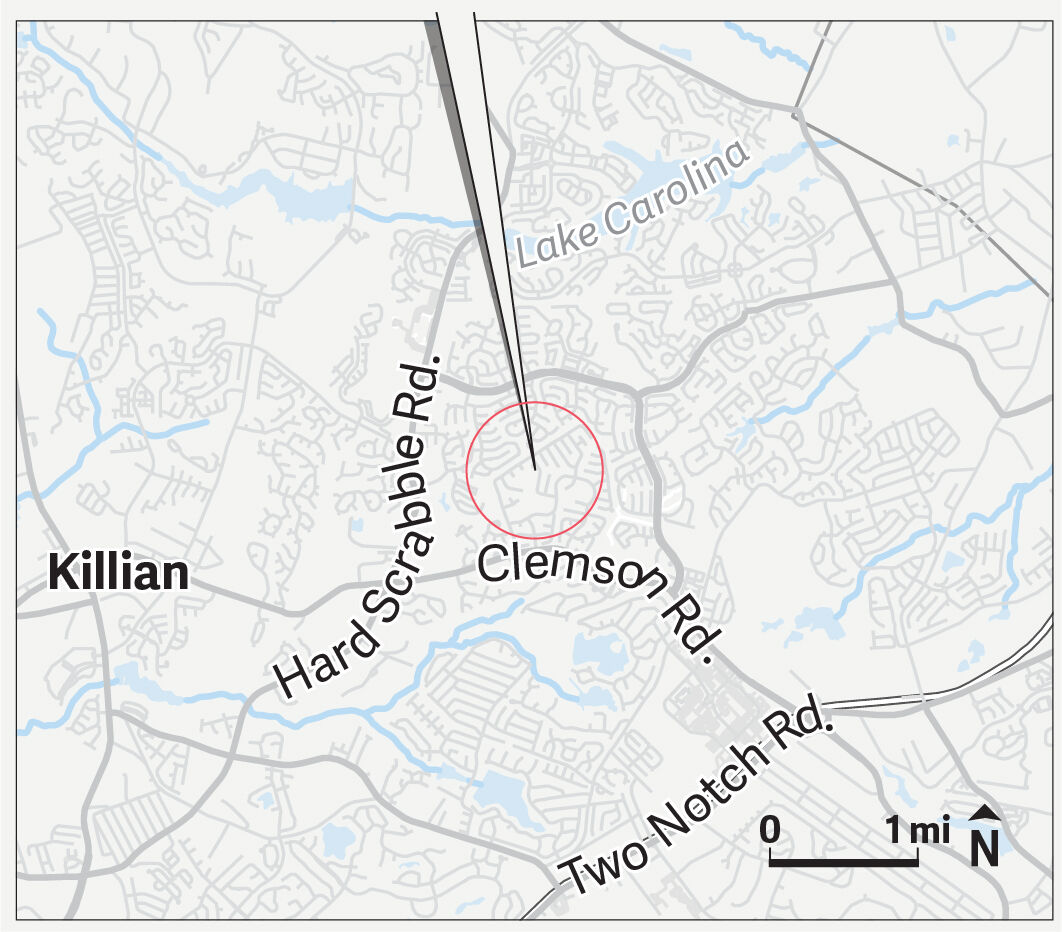 “I was kind of sick by it,” Summit resident Sarah Baskins, who is White, said of the video. “It’s a very diverse neighborhood. If you have a problem, why would you move here? That's how I looked at it.”

For more than 12 hours nearly a week ago, one Summit neighborhood, The Lakes at Barony Place, bore the brunt of a national movement.

From early on April 14 into the evening, dozens of protestors clogged the small street in front of the home of Jonathan Pentland, the Army sergeant charged with third-degree assault and battery in the confrontation.

The demonstration, which focused on the racial differences between the men in the altercation, remained peaceful until around 8 p.m. when the Pentland home was vandalized, and the family was moved under a police escort.

An upstairs window that was shattered that night remains broken.

Martin understood why protesters showed up that day, though the Richland County Sheriff's Department said there is no evidence to suggest Pentland’s actions were racially motivated.

“We were as incensed as everybody else. Our neighborhoods were as incensed as everybody,” Martin said. “You know this kind of thing's happening in the United States and it's good that people bring it up, that we can talk about this and come to understandings about these things, and I also understand the protests. People have a need and a want to do that, and it is part of their First Amendment rights.”

The Summit’s homeowners association quickly distanced itself from the confrontation, posting a comment on its website condemning his behavior, hoping it would refute a racist narrative that the video portrayed.

“We look out for each other, take care of our properties. As Elvis Costello says, ‘Peace, love and understanding,’ ” Pace said.

For longtime residents like Reginald and Benita Esteen, the Pentland incident was an aberration.

“I've done had the neighbors from hell, that was the main reason I chose this neighborhood. I wanted a neighborhood with character that was already established,” Esteen, who is Black, said in his garage, where he was preparing to work on a vintage Oldsmobile — a weekend hobby that gives his neighbors time to stop by or say hi to Dino, the family’s 6-year-old Parti poodle.

The Esteens live in Stone Chapel, where average home prices hover around $200,000. Through The Summit, property values fluctuate. Some customized houses can approach $1 million, but most homes sell for between $150,000 and $700,000, according to listings on several area real estate sites.

Since its first homes were completed in the early 1990s, The Summit now covers 12½ square miles about 20 minutes outside Columbia.

Its location near Clemson Road offers easy interstate access, which adds to the appeal for families, said Vince Pace, a real estate agent who has lived in The Summit since 2002.

It’s a development so large the Lexington Medical Center has a family practice situated just inside its entrance.

The Summit's network of trails, swimming pools and modern tennis courts make it an attractive backdrop for non-residents who want a serene outdoor setting for an outdoor excursion. Its sidewalks are all public access, and given The Summit’s walkability and relative seclusion, it’s not uncommon to see strangers.

“We get people that walk through the neighborhood because it's so nice. They don't live here, we know that,” Esteen said.

The Summit is built out except in one area, The Lakes at Barony Place, where the altercation occurred.

Homes are close together, and half-constructed houses dot the streets. Pentland was a newer resident in The Summit, having bought a one-fifth of an acre parcel valued at $5,500 in June, according to online records.

At one point in the video, Pentland is heard telling the victim he is in the wrong neighborhood — a moment that drew particular outrage from many who viewed it as proof of the soldier's intolerance.

Martin said he believes Pentland was just saying the Black man lived in a different neighborhood in The Summit.

"We saw somebody who didn't belong in the neighborhood, because we know everybody, but it doesn't excuse his actions, for sure," Martin said. "The words, it looks really bad."