New apartments line both sides of the Blossom Street overpass in Columbia, which is slated to be replaced. Mike Fitts/Staff 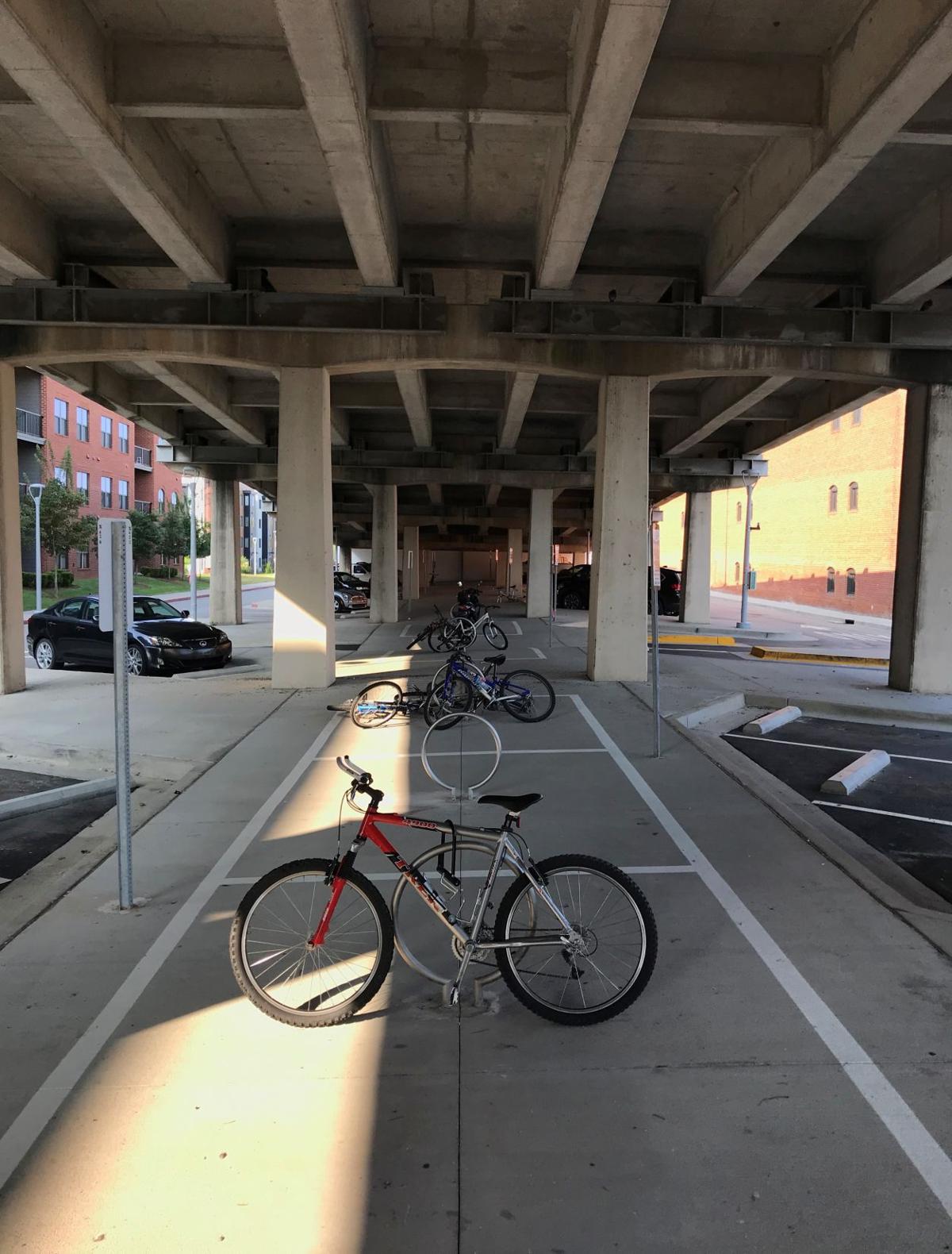 The area under the Blossom Street overpass, slated to be replaced, is used for parking and for pedestrians to cross. Mike Fitts/Staff

COLUMBIA — A trio of bridge projects in downtown Columbia, including two planned on the edge of the University of South Carolina campus, have the potential to make commuting in the state capital much more messy.

The bridges along some of Columbia's busiest roadways account for more than 100,000 cars a day. This all comes as Columbia-area commuters brace for major disruptions from reconfiguring the intersections where interstates 20, 26 and 126 meet — an area locals call Malfunction Junction.

The S.C. Department of Transportation expects to begin work in 2023 to replace a railroad overpass on Blossom Street near Columbia's Vista district. The bridge rises high over an area that has been filled with private housing in the past five years and become busy with more commuters crossing the Congaree River from Lexington County to work in Columbia.

Blossom Street runs right through campus and is a vital east-west connection in the city used by about 30,000 vehicles per day, according to state traffic count data.

The 66-year-old bridge needs replacing after years of wear, and repairs no longer are cost-effective, said Joey McIntyre, Midlands program manager for the agency. "It's nearing the end of its life cycle," McIntyre said.

The replacement bridge should have a central median and lanes for pedestrians, both features that DOT now wants on bridges but the older ones lack, McIntyre said. The final bridge design and cost is yet to be determined, he said.

A project of this scale generally will take two to three years to complete, McIntyre said, meaning that Columbia traffic will be disturbed for a substantial amount of time. The size of the disturbance is not clear yet. No plans have been finalized on whether some lanes will stay open on the current bridge for part of the work, McIntyre said.

Whatever the construction process, the work will bring a major disturbance to a part of the city that has grown rapidly in the past few years.

Four apartment buildings, including the revamping of a historic warehouse, have been occupied nearby in just the past five years, said Fred Delk, director of the Columbia Development Corp., which has worked to promote historic redevelopment in the area.

Between the reused Palmetto Compress & Warehouse and the three student housing developments, about 1,200 people live adjacent to Blossom Street in that area, which has become the western edge of USC's campus.

Another project coming nearby involves building a bridge over railroad tracks on Greene Street near Colonial Life Arena. The tracks severed the street from the western edge of campus leading to the Congaree River.

The $31 million project is funded by an extra penny sales tax dedicated for transportation projects that was approved by Richland County voters. Work is expected to start later this year, according to the county.

With the bridge, crews will transform Greene Street starting at the arena into three-lane thoroughfare that includes pedestrian and bike lanes.

"Creating better connections will be a good thing," Delk said.

Plans offer hope for a smoother Malfunction Junction in Columbia

A third project has the potential to have even more Columbia commuters scrambling: The transportation agency is planning to replace the railroad overpass where I-126 connects into downtown's Elmwood Avenue. That project still is being planned, but the tentative start date for work is 2022, McIntyre said.

More than 75,000 vehicles per day on average travel across I-126 to connect to downtown, according to agency traffic counts, making it a key connection between the city, the interstates and the fast-growing Lake Murray area.

All of these interruptions to Columbia's traffic plans could be dwarfed by the planned reconstruction project of Malfunction Junction that at its heart carries more than 130,000 cars a day.

The $1.6 billion project, the state has dubbed Carolina Crossroads, is planned to launch next year and will take most of the coming decade to complete.

Demand for downtown Columbia homes is stronger than the supply on the market, so deals are happening at top speed, agents say.