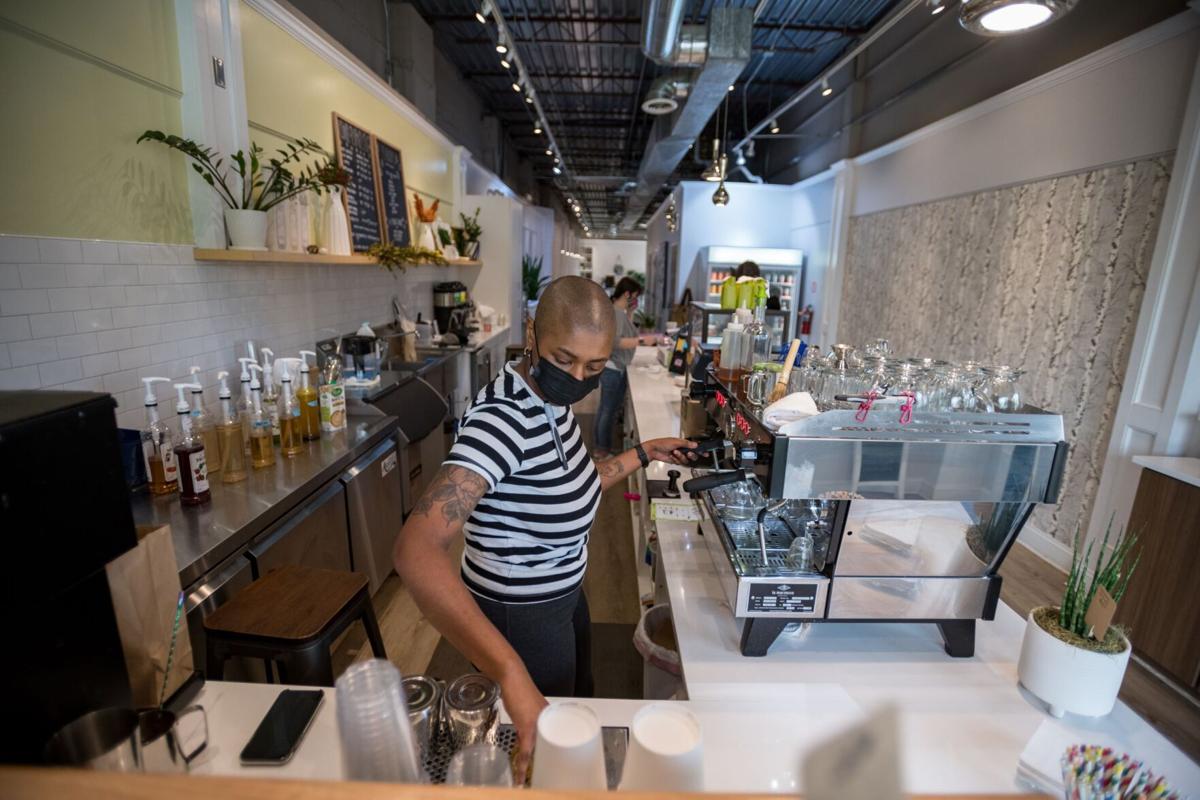 Blum Coffee opened on Devine Street in Columbia in 2019, one of five local coffee shops to open in the area since that year. John A. Carlos II/Special to The Post and Courier 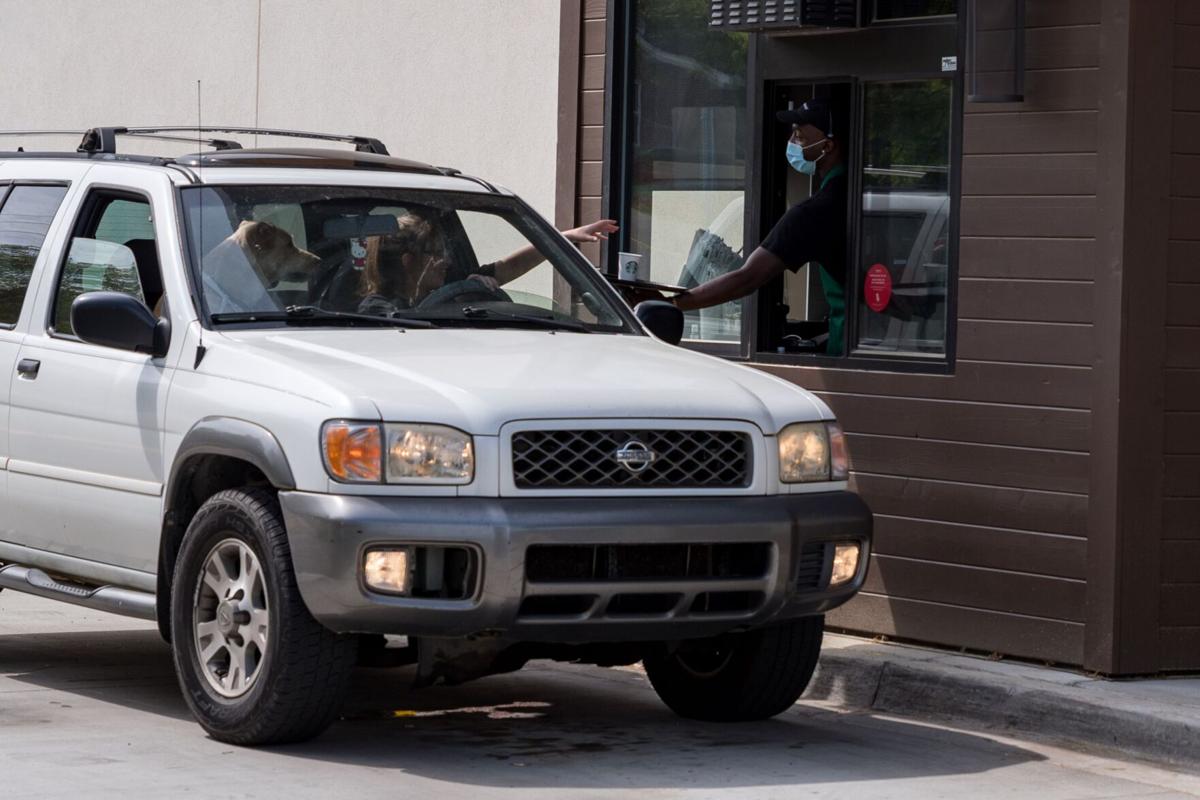 A Starbucks barista hands an order to a customer at a drive-thru outside a recently opened location on Lake Murray Boulevard near Irmo. The spot is one of six to open around Columbia since March 2020. John A. Carlos II/Special to The Post and Courier 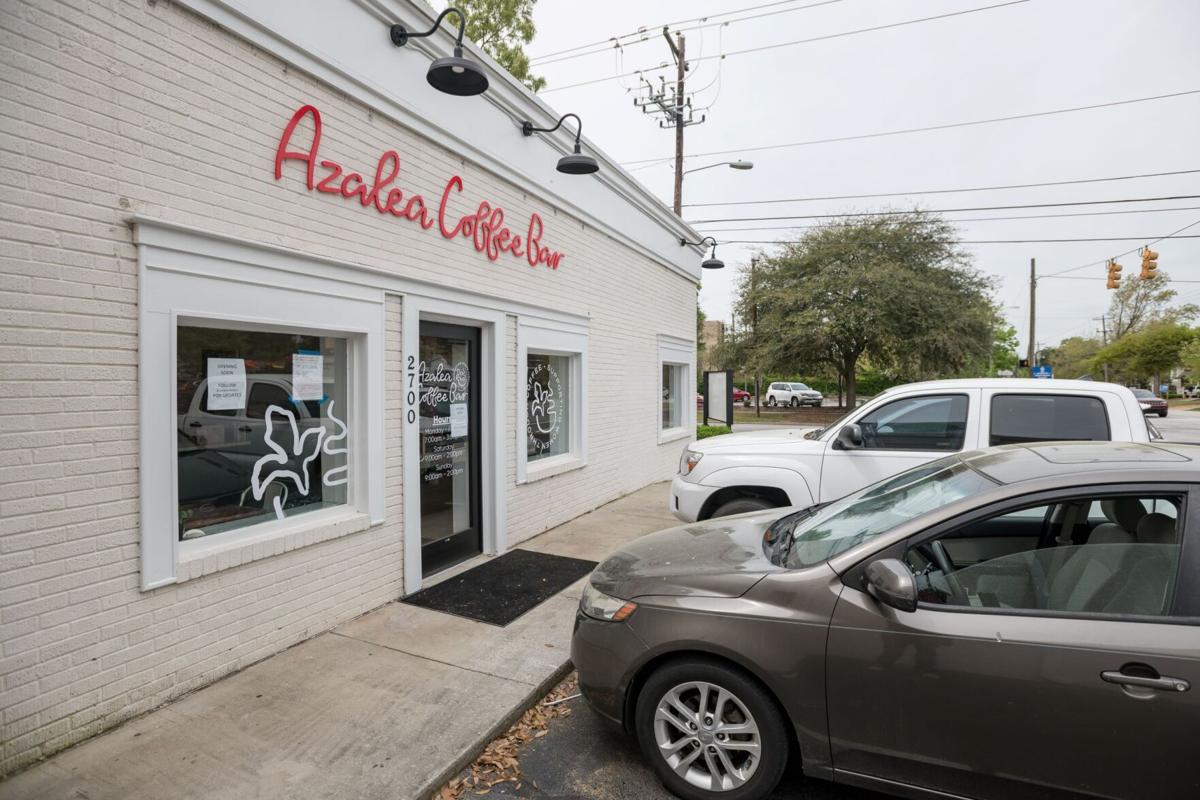 Azalea Coffee Bar opened on Devine Street on April 12, with a focus on offering and highlighting women producer’s coffee and other goods. Azalea is one of five independent shops to open around Columbia in the past two years. John A. Carlos II / Special to The Free Times 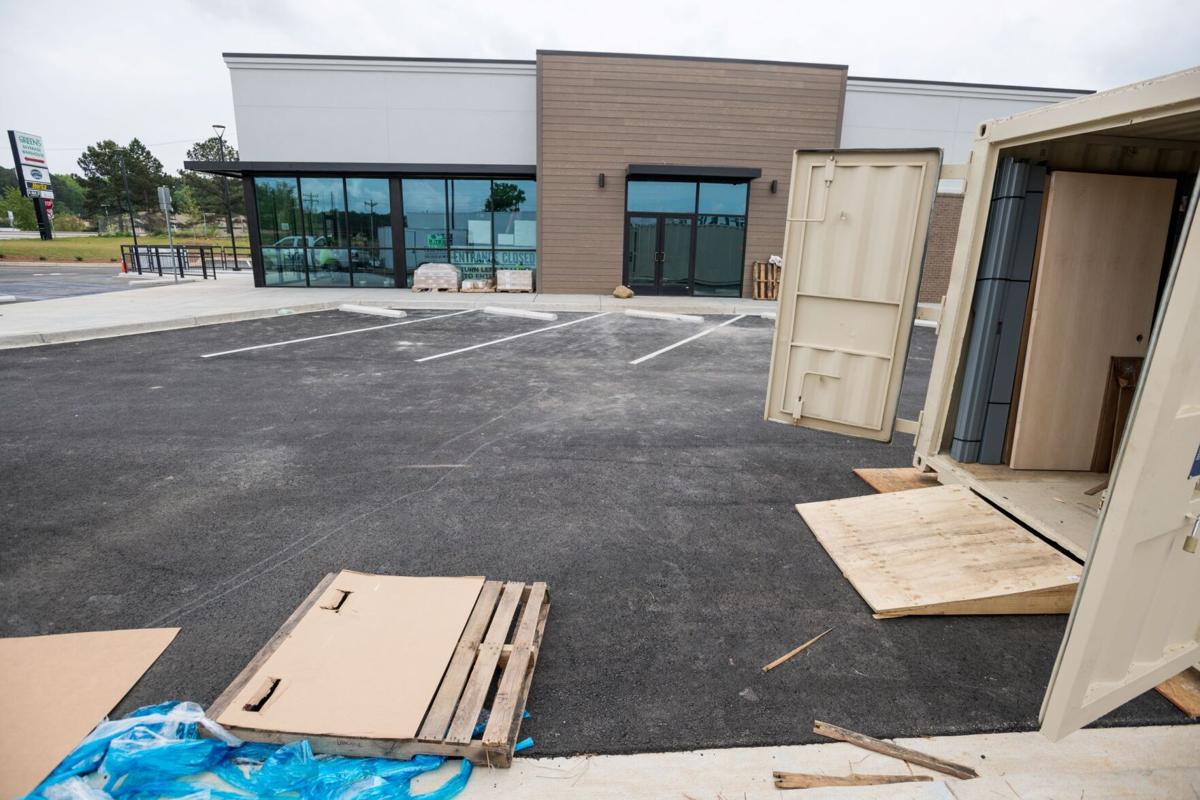 Construction is well under way at the Starbucks location on Piney Grove Road near Harbison. The store is one of three under construction around Columbia. John A. Carlos II/Special to The Post and Courier

COLUMBIA — In 2011, Sean McCrossin opened his now-popular coffee shop Drip in Columbia’s Five Points neighborhood. It was only around the corner from the city’s first Starbucks, which opened in 2003.

McCrossin liked the area for many reasons, but among them was taking advantage of the research the coffee chain’s had done when opening in that area.

“If I could just tap into a small percentage that they believe will go to their coffee shop, plus there’s a whole sector of customers who would go to independents,” McCrossin said.

Now a decade later, the opposite is happening.

With a new focus on drive-thru and off-premise sales — aided recently by the COVID-19 pandemic, new free-standing Starbucks locations are emerging in Columbia at a blistering pace, growing by more than one third in the past year to 19 with more to come.

It would seemingly create a conundrum for independent coffee shops, but local owners see the emergence of more coffee as a potential benefit. Local shops have had their own rise recently as well, with at least five opening since 2019.

“It’s a rising tide, the more people that drink coffee the better off more coffee shops are and I think it ultimately kind of helps ... put specialty shops a little more into the limelight,” McCrossin said.

Starbucks seems to have decided Columbia is a major growth market, but the company does not discuss its regional strategy. It did not respond to a request for comment.

Since March 2020, Starbucks has opened at least six new locations in the Midlands, according to a listing kept by the website Starbucks Everywhere, which is not affiliated with the company.

During that same time, Greenville added three Starbucks locations and the Charleston market added one, according to the website.

In the Columbia area, all these new cafes feature drive-thru lanes. That includes prominent commuter corridors such as the BullStreet District and Millwood Avenue near downtown, and Lake Murray Boulevard in Irmo.

At least three more locations in Columbia are under construction on Forest Drive close to downtown Columbia, Piney Grove Road near Harbison and Spears Creek Church Road in the Northeast.

Another Starbucks with drive-thru is planned as part of the Cason Group's project to bring apartments and retail space to the former Rosewood Church on Rosewood Drive.

The project is expected to break ground in the next two to three months, with the Starbucks expected to open early in 2022, developer Frank Cason said.

The presence of a Starbucks should be attractive to potential retail tenants as a traffic draw, Cason said. Starbucks is the coffee company that will invest in a new building, while local cafes look for existing spaces to renovate, he said.

All told, it’s a major investment by Starbucks here at a time when other fast-food or counter-service chain restaurants are growing more slowly.

Starbucks continues to see Columbia as a growth market, adding another location

This growth would likely hurt independent shops but will be far from enough to close any, said University of South Carolina professor Robin DiPietro, who formerly worked for Burger King as its director of training and operations.

She estimated there’s room for one to three more Starbucks in the Columbia area and cited the ongoing COVID-19 pandemic as a primary reason they’ve had success in opening locations.

“There’s a pent-up demand for treats and special activities during the past year that I think Starbucks is capturing with bringing these locations to more areas,” DiPietro said.

In particular, the new Starbucks in Columbia have done well at emphasizing easy access in various ways.

In addition to the drive-thrus, there’s also the ease of entrance into their parking lots by being close to stop lights, for example at new locations on Bull Street in Columbia and Knox Abbott Drive in Cayce, DiPietro said.

“You don’t want a curb to be in the way of turning. Some places like fine dining restaurants I don’t mind, but if it's a quick $5 cup of coffee, I’m not going to go around the block to get to that location,” said DiPietro, who is also the director for the university’s School of Hotel, Restaurant and Tourism Management.

Starbucks growth locally mirrors a plan company wide, with an announced goal of expanding from 33,000 to 55,000 locations worldwide by 2030. The emphasis in many newer locations is a quick stop that fits into the scramble of busy schedules.

“The drive-thrus are positioned as a growth engine for Starbucks,” Patrick Grismer, the company's chief financial officer, told analysts in June 2020, according to a report in the trade journal Restaurant Business.

The turn toward more locations and more drive-thrus makes good economic sense for Starbucks, according to Howland Blackiston. He’s a principal at the restaurant consulting group King-Casey, which has worked on projects with many restaurant chains including Starbucks.

Even in pre-COVID times, a Starbucks location with a drive-thru would generate 50 percent more revenue than one without, Blackiston said.

Starbucks uses different restaurant designs in different locations based on how they expect consumers there to use them, making stores that emphasize drive-thru and carryout options more popular choices on suburban commuter routes.

Delivery also is likely becoming a bigger part of their business.

In the wake of the pandemic, some consumers could be more eager for a drive-thru purchase with built-in social distance, he said.

While growth from a chain like Starbucks can hit the registers of independent shops, DiPietro said the mom-and-pops have their own advantages as well.

They can quickly change their menus to adapt to emerging trends, while chains like Starbucks are driven by corporate leadership that can take much longer to adapt to new trends.

Starbucks is a hip choice among commuters and college students, while independents might only gather that crowd on the weekends. Otherwise, they’re relying on neighborhood residents and retirees to frequent them during the weekdays.

“The small mom-and-pop coffee shops may be full on the weekend mornings but may not be full on the weekday mornings," DiPietro said. "I have a lot of college kids who go to Starbucks and find that to be a hip and trendy thing to do."

5 local coffee drinks to get instead of going to Starbucks

Drip’s McCrossin doesn’t view the chain as direct competitors, believing that they aren’t after the same customer bases. He acknowledged there’s likely some overlap, but he described Drip as experiential, with its individually made cups of coffee and porcelain cups.

At Drip's two locations, its other is on Main Street, they specialize in making coffee through the pour over method. That's a smaller quantity method that's meant to draw out more of the coffee's natural flavor, while minimizing acidity and oils. Plus, the shop offers made-on-the-spot paninis and biscuit sandwiches, along with other artisan style goods like house-made olives.

“(Starbucks) is doing all the demographics, they see a thriving growing city that happening here,” McCrossin said.

In a juxtaposition from independent shop against a corporate chain, the coffee shop Azalea Coffee Bar opened on Devine Street on April 12. Just a block away is independent shop, Blum Coffee, seemingly in direct competition.

Yet, Azalea’s owner Brittany Koester doesn’t view them as having to compete with one another. She viewed independent shops in Columbia as all filling specific niches.

For instance, Azalea Coffee Bar is focused on highlighting inclusivity and women coffee producers in its offerings. That runs through its entire shop’s identity, with specialty lattes it designates as inspired by women. Options include Orange You Glaad and Queen Bee.

Independent shops like Azalea bring their own unique atmosphere as well. Drip's Five Point's location has music records for sale and captures a bohemian-like vibe with its art and worn wood tables. Azalea is decidedly modern, as is its neighbor Blum. The former offers a unique mural in the shop and a minimalistic, white toned interior, with splashes of pink adoring the walls.

Starbucks has attempted to capture it's own modern aesthetic worthy of hanging out, but the uniformity across its locations lacks much of the charm and individuality offered by mom-and-pop shops.

Starbucks's growth in the Columbia area was surprising to Koester.

“There’s definitely a market for supporting local,” Koester said. “The people who go to Starbucks, nothing against them, but I think they still go to Starbucks.”