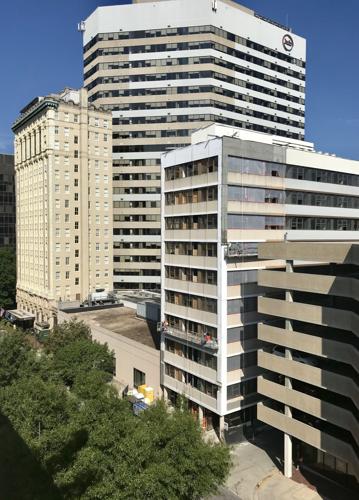 WEST COLUMBIA — A warning letter from the U.S. Food and Drug Administration said a West Columbia drug maker has not gone far enough in its response to concerns raised during an annual inspection that led to the recall of more than 3.8 million doses of generic drugs.

The federal agency responsible for regulating pharmaceutical production in the United States went on to threaten Nephron Pharmaceuticals with possible “seizure and injunction" if violations were not quickly corrected. The violations could also jeopardize the company's ability to compete for other federal contracts.

Regulators say the drug maker has fallen short of expectations in its internal investigations to get to the root of the issues behind the recalls.

Nephron said it is taking the FDA's letter seriously.

"We will continue to work with the FDA in the same collaborative and cooperative way we have this year to resolve any outstanding matters," the company said in a statement. "Our commitment to quality remains second to none because the lives of patients depend on the hard work of our team."

Nephron did not specify whether it would need to halt all or part of its production while it gets into compliance. Previously, the company has said it was continuing operations while the FDA conducted its enforcement measures.

In the lengthy letter, FDA officials cited issues with different drugs getting mixed together, causing cross-contamination, during the manufacturing process and rehashed concerns raised in a nearly month-long inspection this spring related process meant to ensure the pharmaceuticals produced are sterile.

Sterility assurance refers to the probability that bacteria, viruses or other microorganisms are unable to survive the sterilization process. Federal regulations require that drug makers demonstrate a certain level of confidence in the sterility of their products.

Since the beginning of the year, Nephron has issued three rounds of recalls impacting 219 lots of drugs, used by health care providers for everything from inducing labor and controlling blood pressure to anesthesia and treating calcium deficiencies.

The majority of the drugs involved in the recalls are part of Nephron’s compounding drug operation, which produces high-demand, commonly-used drugs for hospitals and medical clinics across the country.

An example of the violations cited in the letter included an instance in April 2, 2021, when traces of the drug Bupivacaine, a local anesthetic used to numb an area of your body during surgery, childbirth or dental work, were found mixed in another batch of drugs produced at the facility. Nephron uses the same equipment to make and sterilize different types of drugs. It was also found that equipment used to seal IV bags was flawed.

Nephron opened an internal investigation into the incident, which lasted through the time of the FDA's inspection nearly a year later. During that year, Nephron had continued with the same manufacturing practices despite the cross-contamination findings.

To correct the problem, Nephron started running the equipment through an extra cycle between batches of different drugs to clean it.

But the FDA said that response was "inadequate" because it did not take into account other ways cross contamination might be taking place, like the quality of materials used to package the drugs. The agency also said Nephron's studies to ensure new practices were working was not robust enough.

In another example cited in the letter, a bacteria that the U.S. Centers for Disease Control and Prevention says can cause pneumonia and blood infections, was found within equipment in the facility. After cleaning and disinfecting the equipment, Nephron did a single trial run on the machinery rather than the three runs the FDA said is needed.

When it comes to sterility assurance, the federal standards can be a bit vague industry consultants said.

Exact requirements are not always spelled out in regulations, leaving some things open to interpretation. In Nephron's case, it was using a lesser standard when it came to monitoring the presence of microorganisms popping up in its clean rooms.

While the federal regulatory code does not expressly set out a specific threshold for when a company should investigate instances of microorganisms in their sterile environments, consultants say enforcement trends by the agency in recent years have pointed to more stringent preferences.

The warning letter makes it clear in the case of Nephron, telling the company it must respond to the agency with how it plans to ensure investigations are appropriately conducted.

The FDA, in its letter, has suggested Nephron hire a consultant to perform a comprehensive audit of the company's entire operation to ensure compliance and corrective actions.

Such a vast revamping of procedures can be disruptive and require the attention of numerous employees. This can often lead to a facility pausing operations and shortages of the drugs they produce.

Only one drug produced by Nephron appears on the federal drug shortage list — Disopyramide Phosphate, used to treat irregular heartbeat.

Nephron has the capacity to produce more than 1 billion doses of various pharmaceuticals annually, the company said. In its compounding operations, the company is approved to make some 125 types of sterile drugs, CEO Lou Kennedy previously told The Post and Courier.

Neohron has been on a growth wave in recent years, building out its sprawling campus to add production of at-home COVID-19 test kits and medical gloves, a new 110,000-square-foot wing where it will begin making chemotherapy drugs and a number of antibiotics, a new 200,000-square-foot warehouse where it plans to fill vaccines, and a new subsidiary that will make a portion of the medical devices and packaging that Nephron previously contracted out.

This is in addition to the respiratory medications the company has long been known for.

Workers at a Sonic Drive-in in Columbia are staging a weekend strike over safety issues and wages. Read moreColumbia Sonic Drive-In the latest site of union protests over wages, safety

Student housing developer Subtext Acquisitions is seeking to build a 960-bed complex in southwest Columbia. Together with the University of South Carolina, some 3,700 beds of student housing could be added to the city over the next three years. Read moreColumbia punts decision on new 960-bed student apartment complex