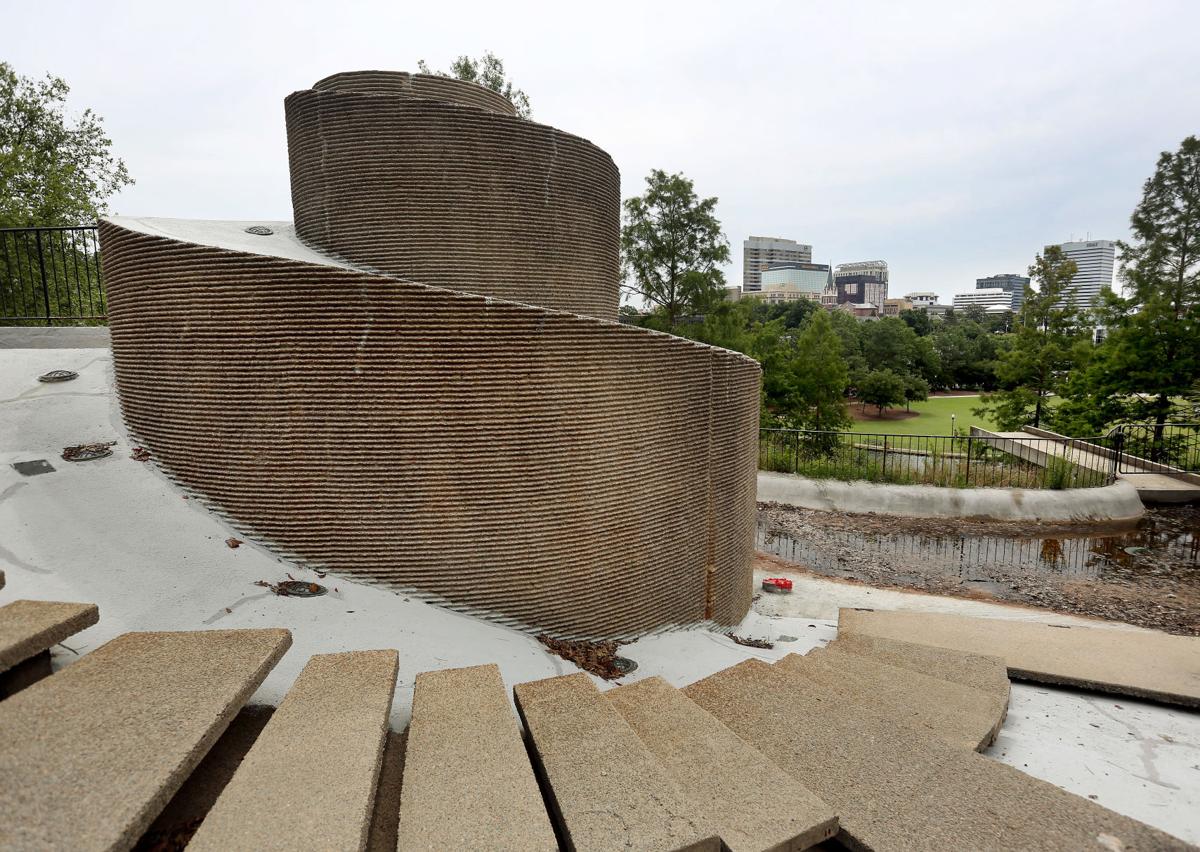 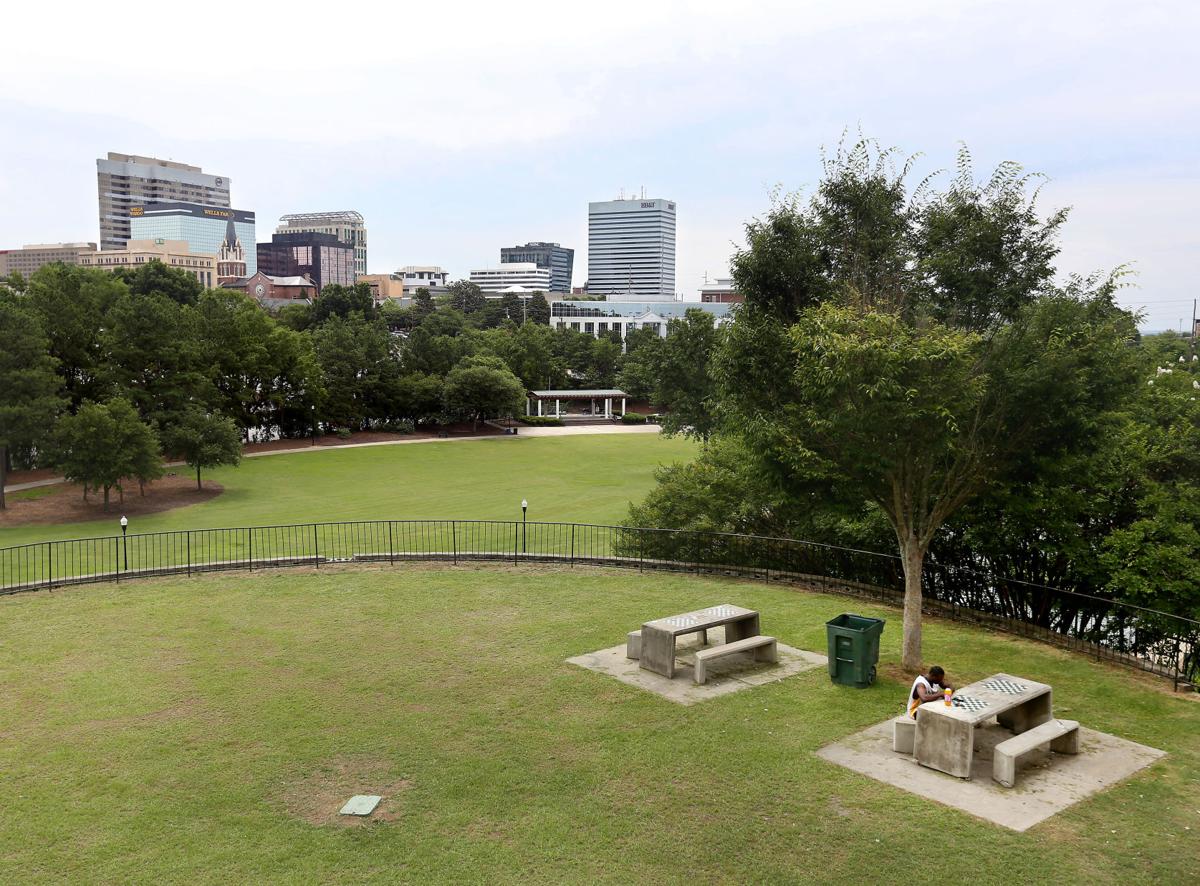 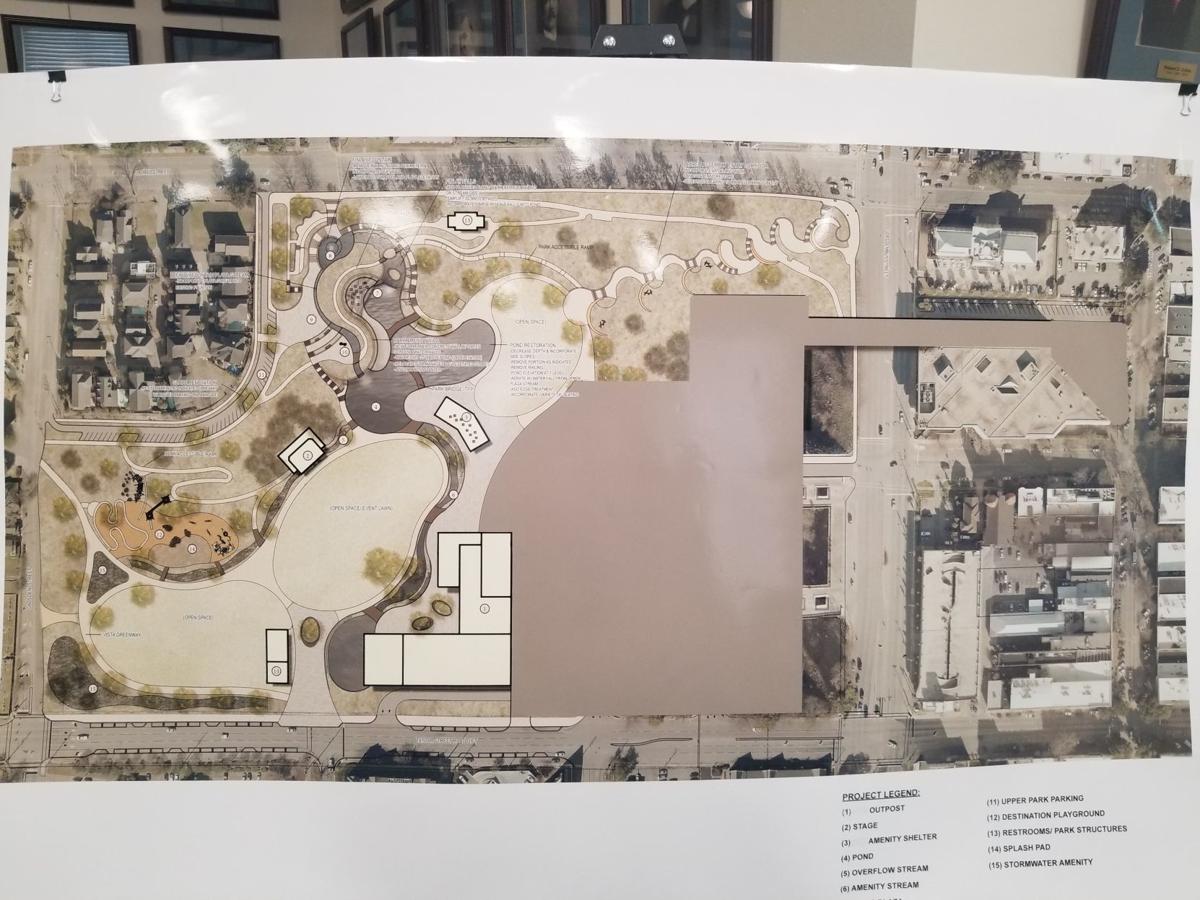 A map of a proposed revamp of Columbia’s Finlay Park

A map of a proposed revamp of Columbia’s Finlay Park

COLUMBIA — Roughly halfway into a financial year marred by the worst public health crisis in a century, taxes collected on restaurant sales in South Carolina's capital are down 37 percent compared to this time last year. And with an end to COVID-19 still far from reality, the cash-strapped city has slashed expenses and paused long-awaited projects.

That includes plans for the much-neglected downtown park once called Columbia's "Crown Jewel." The renovation relied, in part, on the 2 percent tax on dining and drinking.

The 18-acre park, considered a showpiece in the '90s, has fallen into disrepair and become a gathering spot for the city's homeless. The park's central feature, a spiral fountain at the top of the hill along Laurel Street — once used on postcards and promotional materials for the city — has been shut down for years.

In November 2019, the city announced plans to finally begin fixing up the park after years of discussions. The $18 million plan included a new stage, reshaping the pond and waterways, restoring the fountain, building bridges and adding a splashpad and other amenities to the existing playground.

The city also confirmed it was negotiating with operators of the U.S. National Whitewater Center in Charlotte to help develop and operate activities at Finlay. How much that could add to the cost and where the money would come from aren't known.

The city collected $11.2 million in hospitality taxes in the fiscal year that ended June 30. With eateries still operating below capacity — even after Gov. Henry McMaster lifted occupancy restrictions in October — the city expects to receive $7.2 million through this fiscal year.

And $3 million of that will go to pay down debt on three existing projects, according to the city budget passed in June.

Benjamin has called the Finlay Park improvements "affordable" and said the city was considering three or four sources of funding. Though renovating Finlay Park is expected to cost less than what the city spent luring the Columbia Fireflies minor league team, it could still be a lift for much sought-after hospitality tax dollars alone.

"We were very close," he said.

Had the pandemic not happened, he believes the parks department and Whitewater "would have been knee-deep in drawing up construction documents."

Whitewater is still very much interested in picking up where things left off once the economy recovers, said Jesse Hyde, the organization's strategic director. A high volume of people travel to Charlotte from Columbia to use Whitewater's facilities, he said, which is what made the market attractive.

And from a financial standpoint, Whitewater, unlike most other entertainment venues, had a profitable year. Situated on 1,300 acres, it was one of the few places open for recreation amid Charlotte's shutdowns, Hyde said. In mid-May, the center offered 30 different activities, from paddle boarding to rock climbing.

That leaves Whitewater in a position to continue pursuing expansion plans, Hyde said.

In addition to Columbia, the group is also looking to expand into Greenville, through a private partnership. It's still searching for a location, preferably near downtown or Swamp Rabbit Trail.

When COVID-19 hit the Palmetto State in March, Whitewater and city officials were deciding what amenities would be included in Columbia, Hyde said.

Whitewater rafting or a 50-mile trail system, like what's in Charlotte, is likely out of the question, though tapping into Columbia's Three Rivers Greenway connection for events like cycling or footraces is a possibility. Other potential activities include climbing, yoga, stores and a food court, Hyde said.

The goal is to "fill up the calendar with events," he said.

There is no set timeline for developing either of the South Carolina facilities. It took five years from conception to opening Charlotte's Whitewater center, Hyde said.

The original convention center construction was a joint project of the city and Richland and Lexington counties. It was financed with a 3 percent special fee added to hotel bills in those areas, called a tourism development fee. The bonds to build the structure will be paid off in the year 2022 and Experience Columbia would like to see those fees extended to at least partly pay for the expansion.

The fees usually bring in between $6 million to $7 million annually. Using them for the expansion would require approval of the city and Richland County council.

But those fees are dependent on filling hotel rooms. And through November, hotel occupancy for the Columbia metro area averaged 47.8 percent, down 28 percent compared to last year, said Experience Columbia's Jason Outman.