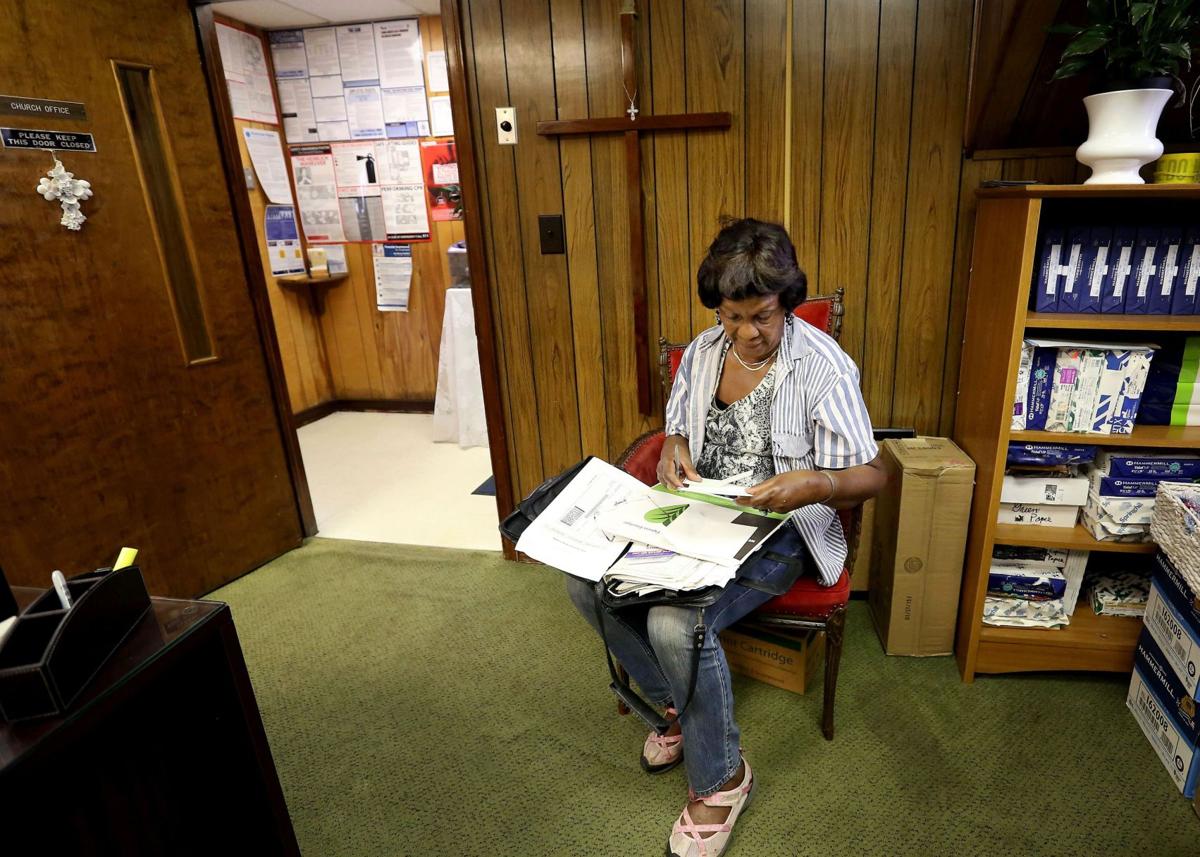 Liz Alston, historian of Emanuel AME Church, sits in the church secretary's office in 2015 amazed at a $10,000 check that was donated to the church after the June 17 shooting left nine church members dead. SLED agents interviewed her this week. Grace Beahm/Staff 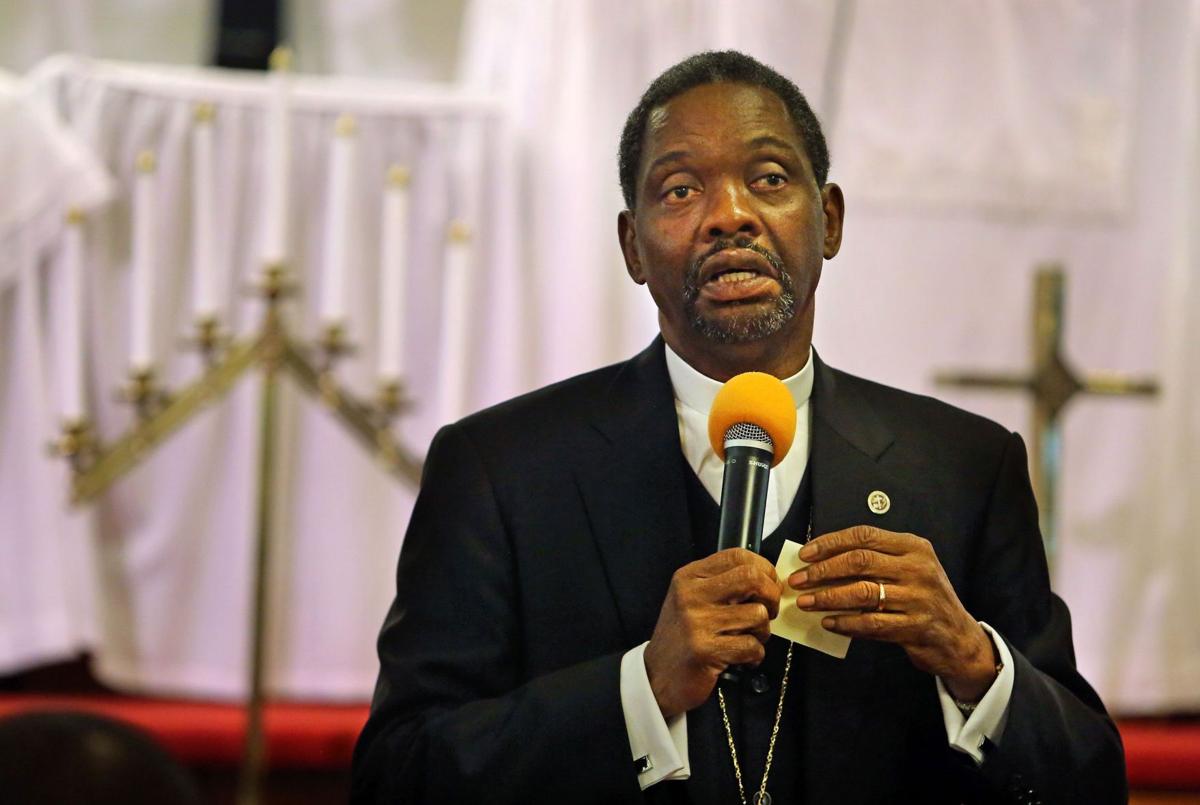 The Rev. Norvel Goff, presiding elder of the AME Church district that includes Emanuel, served as interim pastor of the church after the 2015 mass shooting that left most of its ministerial staff dead. 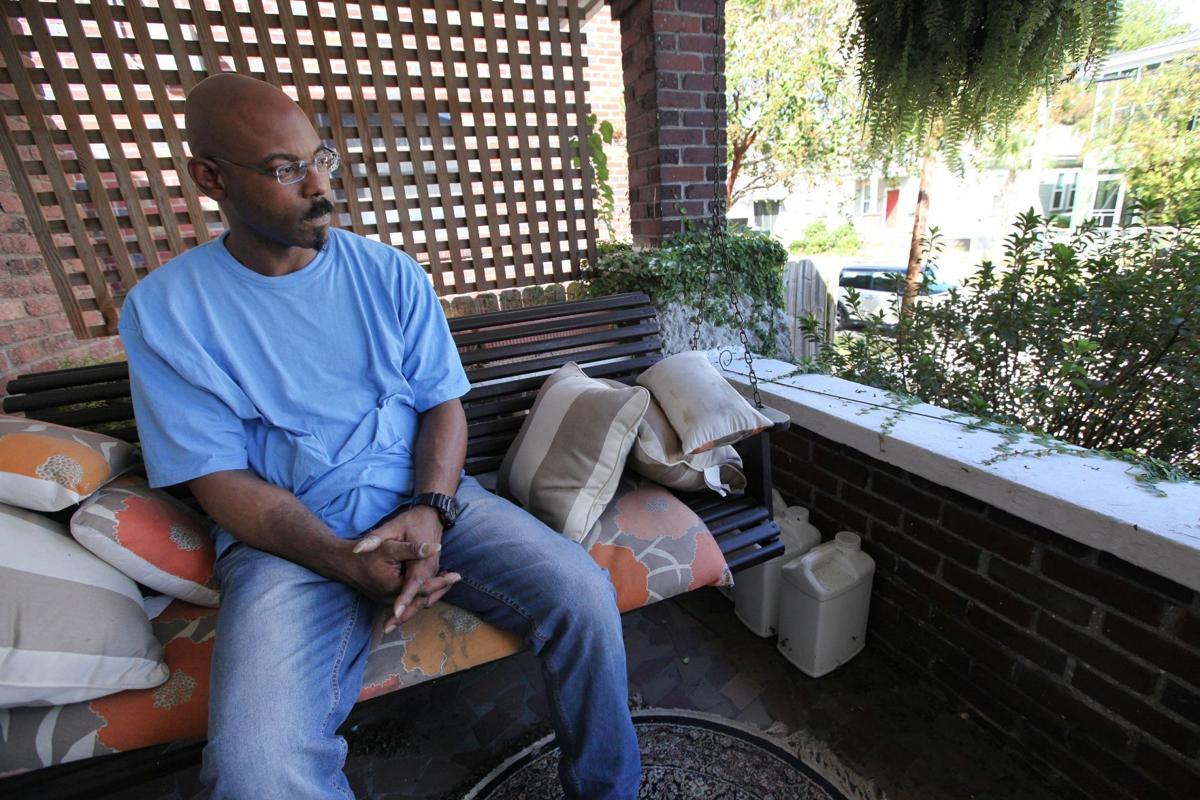 Arthur Hurd filed a lawsuit over handling of the millions of dollars in donations that flowed into Emanuel AME Church after a mass shooting there in 2015 left nine worshipers dead. His wife Cynthia was among them. 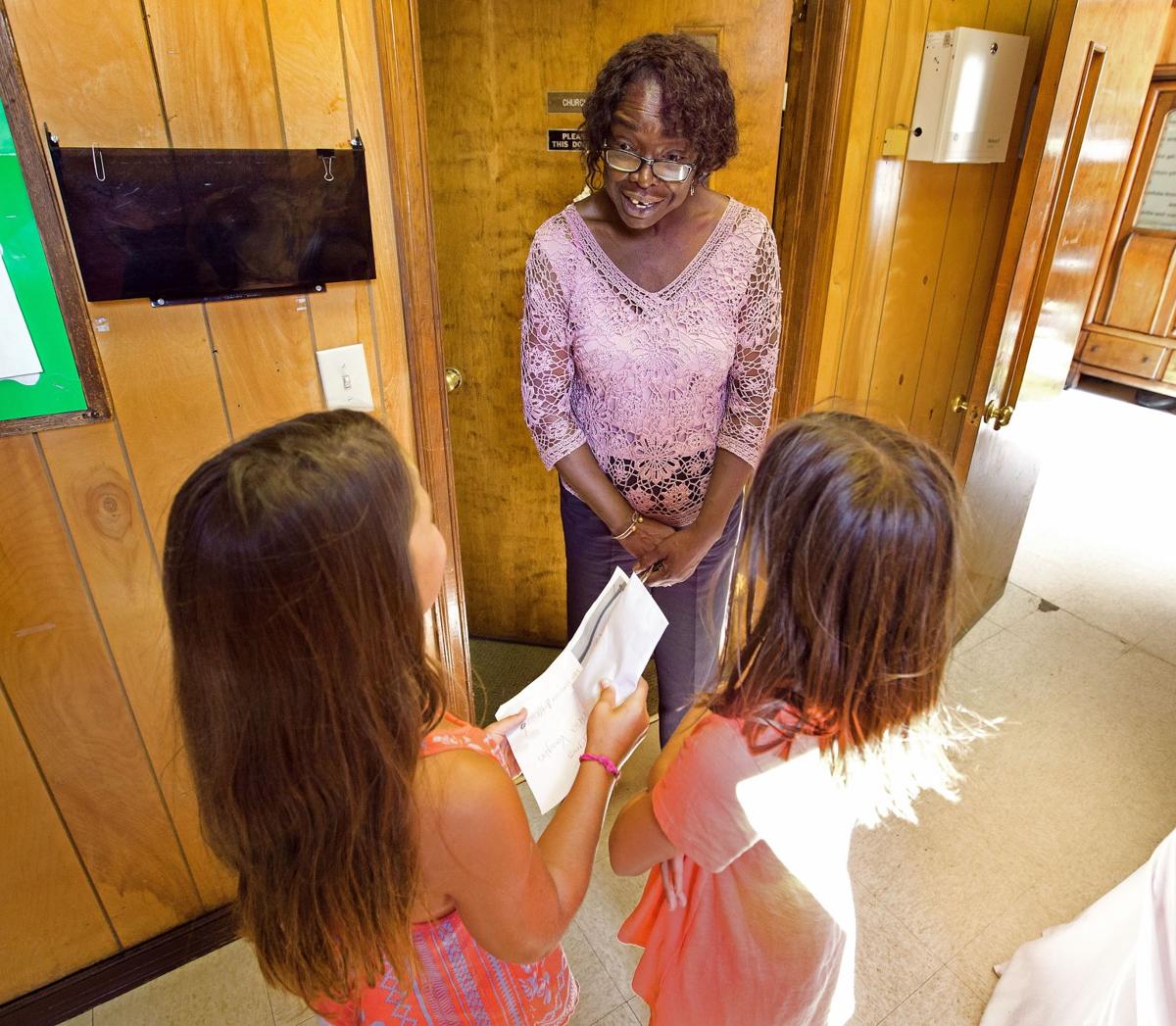 State authorities have opened an investigation into the finances of Emanuel AME Church, which received millions of dollars in donations after a racist gunman killed nine worshippers at its Bible study in 2015.

The church’s former secretary, Althea Latham, said she spoke to SLED agents last week about the handling of those donations. Latham's employment was ended less than two months after the shooting because she questioned processing and transparency surrounding the money that was coming in. Given the magnitude of money involved, she suggested tapping an outside financial expert. Church leaders have said her contract simply wasn't renewed.

Latham hopes that accountability will, four years later now, resolve suspicions that have festered over the donations since they were made and help the survivors, grieving families and church members better heal from the trauma.

Attorney Andy Savage represents three shooting survivors and several of the victims’ families. His office confirmed that they were contacted by SLED and are cooperating with the investigation.

The church's current pastor, the Rev. Eric S.C. Manning, who was assigned to Emanuel a year after the tragedy, said SLED hasn't reached out to him.

“I have no earthly idea what’s going on," Manning said. "That’s news to me.”

The Rev. Norvel Goff, who served as interim pastor for the first seven months after the shooting, couldn't immediately be reached for comment.

Goff took over after the church's pastor, the Rev. Clementa Pinckney, and most of its ministerial staff were killed in the June 17, 2015, shooting, which was carried out by a self-avowed white supremacist, Dylann Roof. Roof is currently on federal death row for his crimes.

As people around the world mourned the deaths of nine people killed during their Bible study, Emanuel's mail drop filled with condolence letters containing checks and cash. Mail arrived by the bagful.

In 2015, Latham said she witnessed people in the church open envelopes addressed to victims’ families and survivors of the massacre. Those survivors and families have previously told The Post and Courier that they received mail sent to the church but addressed to them that had already been opened, some of it marked “empty.”

Arthur Hurd, whose wife Cynthia died in the shooting, said he witnessed women in the church's fellowship hall open envelopes addressed to victims’ families and remove cash and checks from them without keeping a log of money received.

Hurd later filed a lawsuit, but it looked only at the fund Emanuel created to house the donations. It did not look at the church’s broader finances. Attorney Mullins McLeod Jr., who filed the suit, said Thursday that he had heard from a SLED agent but not spoken to anyone yet.

Emanuel leaders have said the church received about $3.3 million in donations. They kept $1.8 million of that for the church and divided $1.5 million among the families of the nine victims, as well as survivor Polly Sheppard, who did not lose a family member in the massacre.

Goff, who remains presiding elder over the district that includes Emanuel, has in the past denied any improprieties occurred with the handling of the donations.

Longtime Emanuel member Liz Alston confirmed that she spoke with SLED agents on Tuesday. A former church trustee and Emanuel's historian, she said members haven’t received proper financial accounting from church leaders since the shooting, despite the flocks of visitors who still pour in and leave money in the collection plate every Sunday.

Many of the shooting victims' family members were angered when the church kept more of the donations than it divided up among the families.

Among those still hurt by the church's distribution method is Felicia Sanders, who survived by hiding beneath a table and playing dead with her 11-year-old granddaughter. Her son, Tywanza, was killed right beside them.

When Emanuel distributed the donations, Sanders received the same amount as other families of the nine who died but no money for herself or the young girl, now a teenager. The child has needed substantial mental health care, including hospitalization, for the trauma she survived. She will likely continue to need treatment in the years ahead, a family spokesman said.