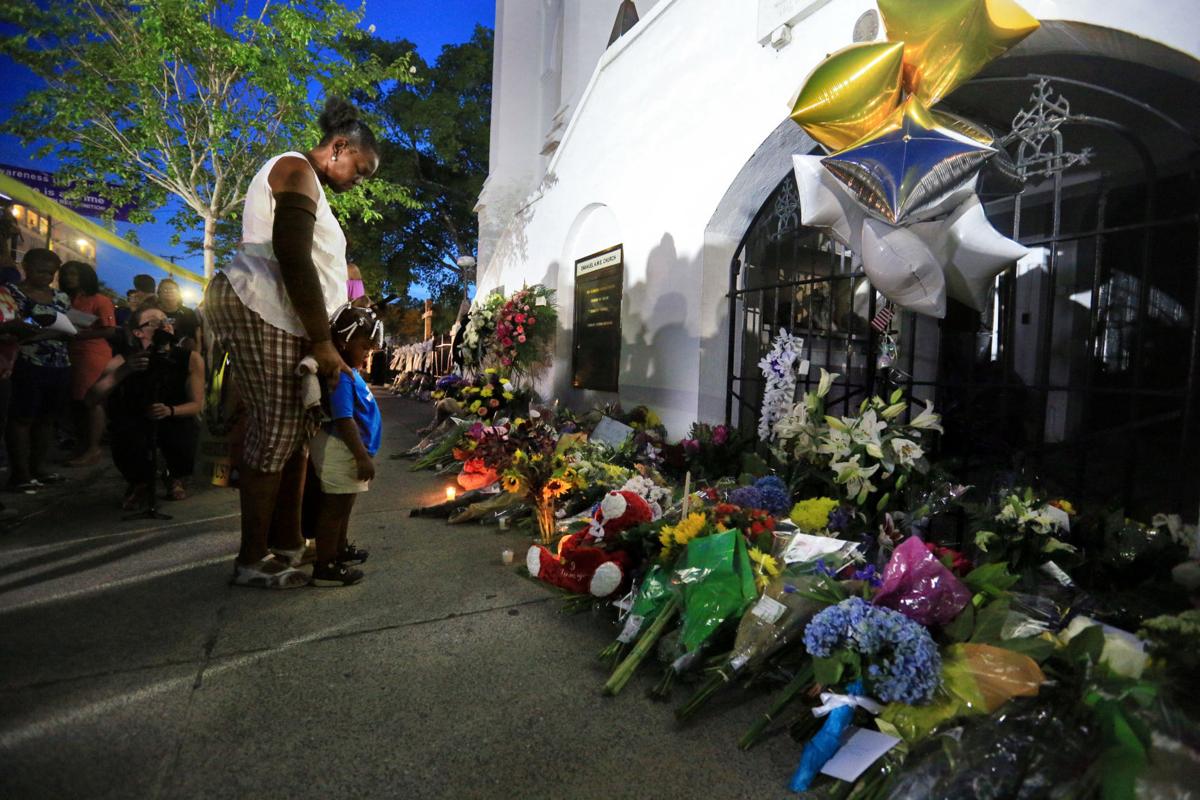 People from around the world showed sympathy and support after a racist gunman killed nine people inside Emanuel AME Church in June 2015. That included millions of dollars in donations that remains the source of controversy. File/Staff 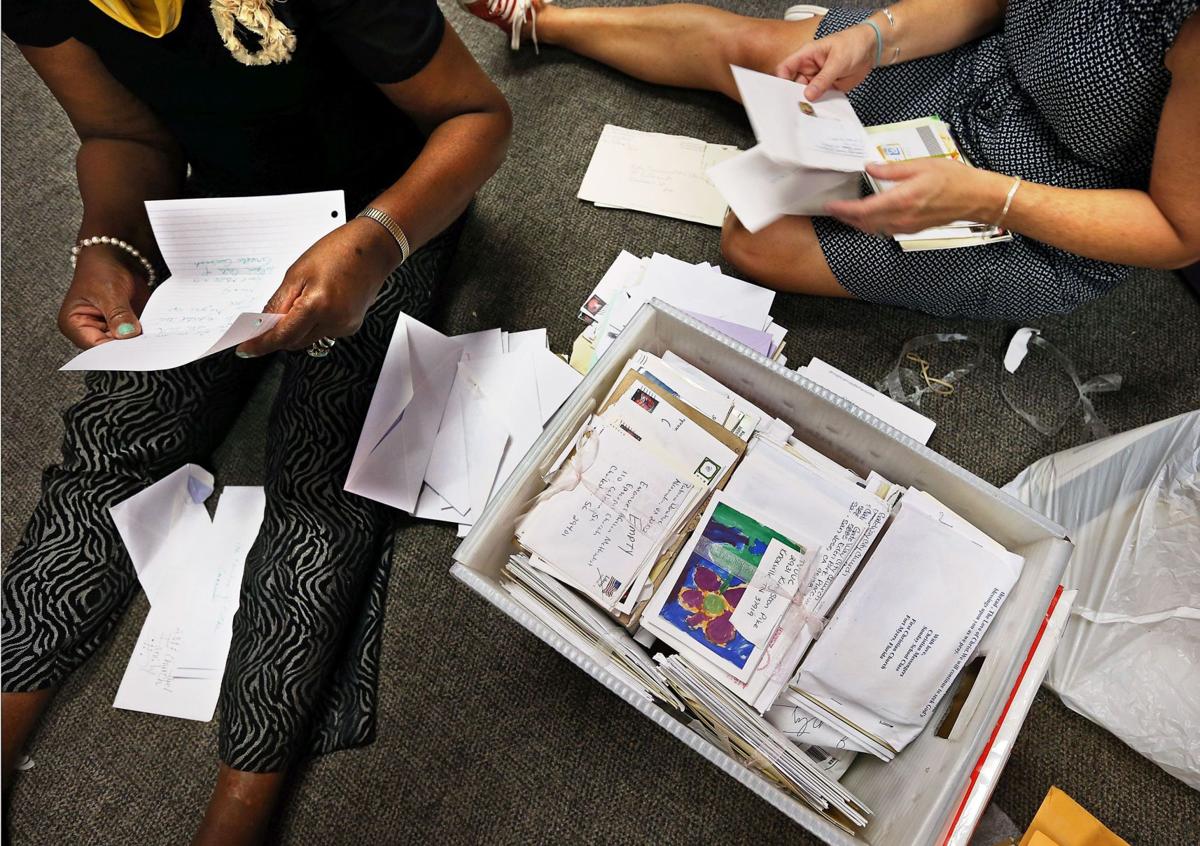 State investigators closed down an inquiry into the handling of millions of dollars donated to Charleston's Emanuel AME Church without interviewing key church officials or a number of potential witnesses, according to a case file obtained by The Post and Courier.

Many hoped the review by the State Law Enforcement Division would settle a long-simmering controversy over the flood of donations that poured in after a racist gunman killed nine worshippers in 2015. Allegations had swirled over reported mismanagement of the funds and claims the church pocketed money intended for the shooting survivors and victims’ families.

But SLED shuttered the inquiry just a few weeks after it began in late October, leaving many questions unanswered as agents professed a dearth of evidence pointing to any wrongdoing.

The probe had been requested by attorney Andy Savage, who represents three survivors and several victims’ families. After reading SLED’s five-page report detailing its inquiry, Savage wondered why he bothered.

SLED spokesman Tommy Crosby said he was unable to answer specific questions about the probe posed by The Post and Courier. But he said SLED would consider reopening the inquiry in the future "if at any point credible evidence is brought forward showing possible criminal violations."

Emanuel officials, who have long maintained that nothing improper occurred, had expressed hope that the quick end to the probe would finally put the matter to rest and help the church heal.

SLED’s inquiry came more than four years after the mass shooting, even though controversy over the church’s handling of the money erupted just months after the massacre. Savage initially took his concerns to Charleston police, but they asked SLED to look into the matter. SLED’s inquiry aimed to determine if a full criminal investigation was warranted.

The resulting report, obtained through a Freedom of Information Act request, shows SLED agents spoke to Savage and four others who had raised concerns about the oversight of the donations. Agents also spoke with Emanuel’s attorney and its current pastor, and they reviewed an audit of a church fund set up to house the donations.

But the report shows investigators did not interview other key figures, including the interim pastor and church treasurer who oversaw donations as they flowed in. Agents also did not examine the church’s overall finances to see if donations went into bank accounts other than the one created to receive them.

They also did not ask donors who they intended their money to benefit to see if the church kept funds meant for the survivors and victims’ families. That was the key question Savage wanted answered.

A flood of donations

The church’s former secretary, Althea Latham, told agents she was fired after pressing leaders to hire an outside auditor to process the donations. She said donations flooded into the church from around the world, including many envelopes addressed to the victims and their families.

Latham said church treasurer Rosetta Singleton told her that if envelopes had the church’s address on them, then the money belonged to the church. She saw people counting stacks of cash with no one keeping records of it all, the report states.

Her concerns echoed those of one victim’s husband, who told The Post and Courier shortly after the shooting that he watched women in the church open bags of letters and remove donations without recording them. Victims’ families later received mail sent to them at the church that had been opened and marked “empty.”

Liz Alston is a lifelong Emanuel member, the church’s historian and a former chairwoman of the Charleston County School Board. She told agents that a month or two after the massacre, she found a $10,000 check in a building adjacent to the church in a stack of books. It was meant for the shooting victims, the SLED reports says.

SLED’s report gives no indication that agents reached out to any of those people. They also didn’t speak with Singleton, the treasurer, or the Rev. Norvel Goff, who was Emanuel’s interim pastor for the first seven months after the shooting and remains its presiding elder. Goff also is treasurer of the AME Church’s 7th District, which spans South Carolina.

Nor did SLED agents interview Richard Franklin Norris, then-bishop of the 7th District. They also didn’t interview the Rev. Betty Deas Clark, who led the church for five months after Goff. Norris suddenly moved her in the middle of the first anniversary commemorations.

Agents also didn’t interview shooting survivor Polly Sheppard, who reportedly found a bag containing $10,000 in a classroom and gave it to Goff and Singleton, according to the SLED report.

SLED spokesman Crosby said he wasn't able to answer why agents opted against interviewing these individuals.

Neither Goff nor Singleton responded to requests for comment Tuesday.

As donations poured in, Emanuel’s leaders set up an account they called the Moving Forward Fund to house the donations. In all, they put about $3.5 million into the fund.

In May 2016, the church took $1.5 million from the account and divided it among the nine victims' families and survivor Sheppard. Each received $153,380.

The church kept $2 million for building repairs, added security and legal fees, the SLED report says. Church leaders maintained that money was sent to Emanuel and therefore intended for Emanuel, unless donors specifically wrote that their money was meant for survivors or victims’ families.

But the survivors and families argue that isn’t the church’s decision to make. They say donors intended to help the people most directly harmed by the shooting.

“What I’m focused on is $3.5 million,” Savage said. “Why does the church think it’s theirs for repairs?”

Savage said the main reason he sought an investigation is because Emanuel did not give any of the donations to the child who survived the massacre by playing dead amid the carnage. Now in her mid-teens, she is living out of state at a therapeutic boarding school and has needed substantial psychiatric treatment since the shooting.

“It’s not the church’s money to begin with,” Savage said. “In my discussions with people in our community, nobody thought it was going to the church for legal fees.”

The other lingering question is: Did all donations sent to Emanuel go into its Moving Forward Fund where they could be accounted for?

SLED's report indicates agents reviewed an audit of the fund, but didn't ask to see any other church accounts to see if they grew as well in the aftermath of the shooting.

“That’s where the problem — if there is one — lies,” said attorney Mullins McLeod Jr., who represents the estates of Sharonda Coleman-Singleton, Myra Thompson and Cynthia Graham Hurd.

Hurd’s husband, Arthur, was the one who told The Post and Courier he saw women sifting through bags of donations without recording it. Hurd sued the church shortly after the shooting seeking access to the Moving Forward Fund.

As part of that lawsuit, Singleton, who remains Emanuel’s treasurer, said in an affidavit that she was the primary person responsible for handling the donations.

“I am in a position to know whether any of the donations have been misused or misapplied. I am not aware of any improper conduct by any representative of the Church concerning the handling of donations,” her affidavit said.

McLeod reviewed receipts from that account at the time and also found no major issues. But he questioned why SLED didn’t compare Emanuel’s overall cash reserves before the massacre to the amount on hand six months or a year later.

Savage also questioned why agents didn’t examine the finances of Emanuel’s leaders at the time or others who dealt directly with the donations.

“I assumed they would trace money given to the bishop, the Seventh District or individual pastors,” Savage said. “Did anybody get a bonus?”

Before closing their inquiry, SLED agents interviewed Emanuel’s current pastor, the Rev. Eric Manning, who was assigned to the church a year after the shooting. In that meeting, according to SLED’s report, its agents told the pastor and attorney Wilbur Johnson that “after several interviews no one could say that anyone had stolen any money."

The agents also noted that the Moving Forward Fund still contains “a significant amount of money," though the report doesn't state a specific number.

Johnson showed SLED agents two three-ring binders with thank-you notes written to donors. Savage said he’d like to see those notes and ask the donors where they intended their money to go.

“SLED should have done that,” he added.

Ninth Circuit Solicitor Scarlett Wilson said a SLED captain gave her a courtesy call in November to inform her of their decision to close the inquiry, saying "they could not find anyone with direct knowledge of wrongdoing." Wilson said agents did not present her with any materials to review and she was not asked to weigh in on their decision. She said she did not offer an opinion and would have referred the case to the state attorney general due to her relationships with survivors and the victim families in the case.